The Scarlet Macaw, the most magnificent and recognizable bird of the parrot family, is one of the largest, multicolored birds, with bright red, yellow and blue plumage. The normal size of this majestic bird is 35 inches from head to tail feather and it thrives in the rainforest of Belize.

Scarlet Macaws are known to nest in holes up high and lay one or two eggs. This makes them one of a kind in their species. With their wide and strong wings, macaws are able to fly at a velocity of 35 miles per hour, they often fly in pairs or small groups and call each other in wild hoarse voices.

Macaws are found particularly in southern Belize, where they thrive due to the conservation and protection policies Belize has in place.  As one of the most beautiful birds in Belize, now macaws are a source of wonder for the tourist. Having been victims of human greed, taken and sold as pets, they are now endangered. As part of a solution, the Belize Audubon Society has protected and monitored different species which they feed with nuts, fruits, and seeds. These birds use their rough beaks to crack through even the hardest seeds. Although they live up to 75 years in captivity, scarlet macaws often live 40 years or more in the wild.

The Belize Zoo has always had a collection of bird species, from parrots such as scarlet macaws to vultures and hawks, and wading birds, including the iconic Jabiru Stork. Apart from birds in enclosures, the habitat around the zoo supports a variety of wild birds, that come and go when they choose to. 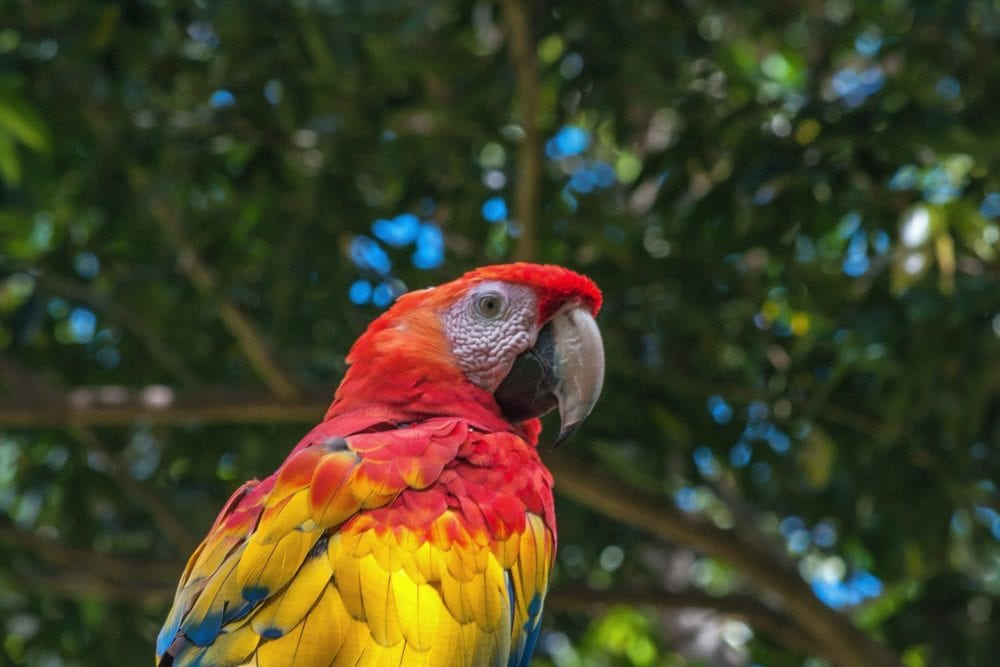 Because they fetch a very high price on the black market, every year thousands are illegally trapped and smuggled without proper permits. The population has suffered a decline in areas were deforestation and illegal trapping are consistent. This has landed this bird on the list of endangered species. We have the power to control and make this world a better place for these beautiful birds, so beware of and discourage animal trafficking.

About The Cayo District

Fry Jacks: A Must-Have in Belize! Here’s How To Make Them