Carrie Bow Cay, located 15 miles southeast of Dangriga, is directly atop the Belize Barrier Reef and offers direct access to coral ecosystems. This small, but ecologically important island, plays an important role in marine research: Smithsonian scientists and their collaborators travel there to conduct research on the biology, ecology, and geology of coral reef ecosystems. Located within Southwater Caye Marine Reserve, Smithsonian Institute’s Carrie Bow Cay Field Station resides on a small island atop the Belize Barrier Reef (BBR). Not to mention, the Carrie Bow Cay Field Station has operated for over 40 years and hosts over 100 scientists year round! Discover these three rare, endemic fish native to Belize, with two of three being found at Carrie Bow Cay! 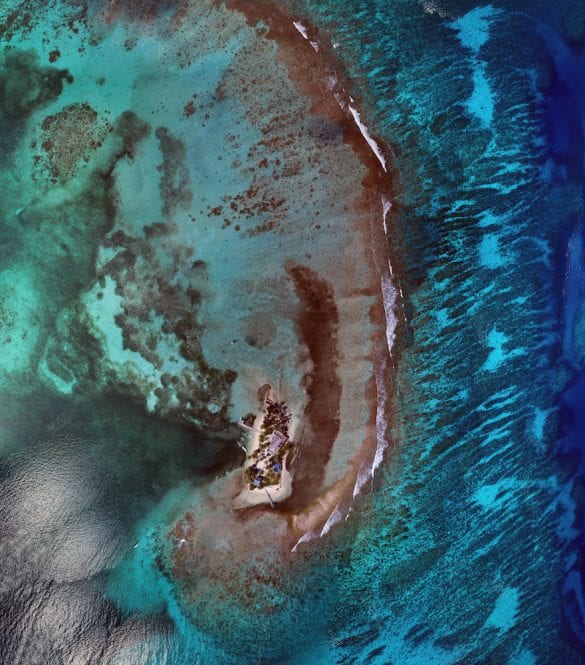 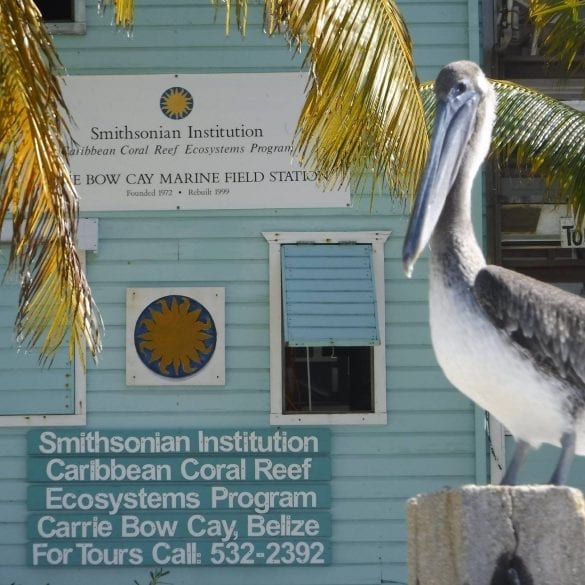 The Whitelined Toadfish can be found is endemic to the coral reefs off central Belize in depths between five and 30 meters. Being endemic, meaning found no place else, scientists have listed the Whitelined Toadfish as a threatened species due to its limited range and threats to its coral habitat. Much like its name, this species of toadfish is black with white stripes and spots about its body. Fun fact: they are very aggressive and pounce on smaller fish who unfortunately swim past their dens!

Importantly, the Dwarf Spinyhead Blenny is a threatened species that lives in the coral reefs in central and northern Belize. Around two meters, the small fish feeds on plankton when not retreating in burrows or in dead corals! This rare, endemic fish in Belize is pale grey, with black/greenish markings and have a spiny fin running down their backs.

The last of the three rare but native fish to Belize is the Social Wrasse! Despite a large range from Northern to Southern Belize at nine meters, the Social Wrasse has been listed as endangered; this is due to environmental threats. They feed on zooplankton while swimming through coral reefs and seagrass beds. However, Social Wrasse swims in large schools, which they use as a defense method. Their petite bodies are grey/green with a narrow mid-lateral black-brown stripe from the snout to tail; blue and white spots can also be found about their bodies.

Read more on this environmental spotlight at www.LoopNewsCaribbean.com.

Experience the Belize Zoo on a Virtual Tour: August 3, 2020