What is Visiting Belize in its Rainy Season Actually Like?

For the most part, the rainy season in Belize is characterized by a dependable and short-lived afternoon shower. But what’s that really like while you’re on vacation? Well, the amount of rainfall varies considerably in Belize based on your location. In the south, there may be more than 150 inches of rain per year, while in the north, it rarely rains more than 50 inches per year. However, if you do come, you should be able to land some good bargains for summer savings which might be reason enough.

Are there really only 2 seasons in Belize? 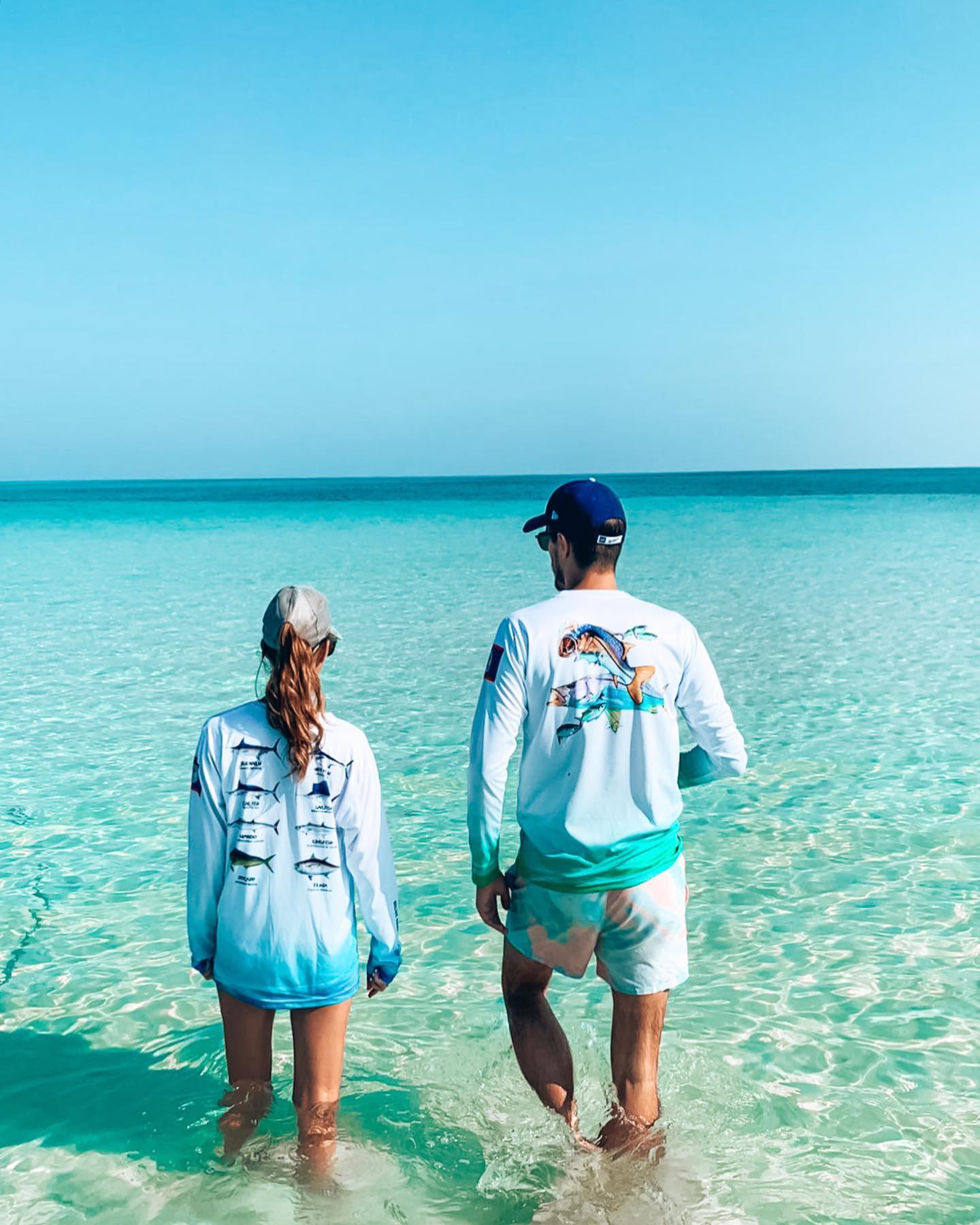 Cool off on a sandbar in Belize. Photo courtesy Roeming Belize

Yes. In Belize, there are just two defined seasons: the rainy, and the dry. The dry season spans from December 1 to May 31, while the rainy season is June 1 to November 30. But, you’ve got to remember that you are in the tropics. It may rain during the dry season, and can be dry during the rainy season. That said, the highest risk for hurricanes and tropical storms in Belize is in September and October. After all, Belize’s rainy season coincides with the Atlantic Hurricane Season. Although, thankfully, Belize has lucked out to be hit less frequently than neighboring Caribbean islands and even Florida, thanks to its geographical position. However, no man controls nature. Although it is already recommended to do so during the pandemic, invest in travel insurance for protection against any possible trip disruptions.

What can I do during Belize’s (rainy) summer? 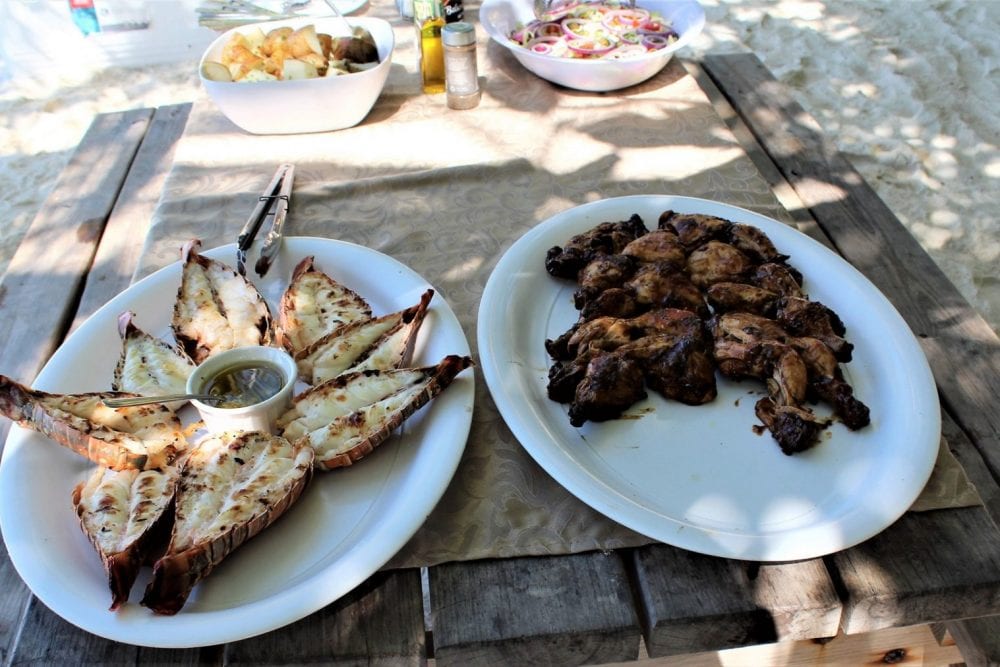 A lunch of local lobster. Image by Chabil Mar Villas 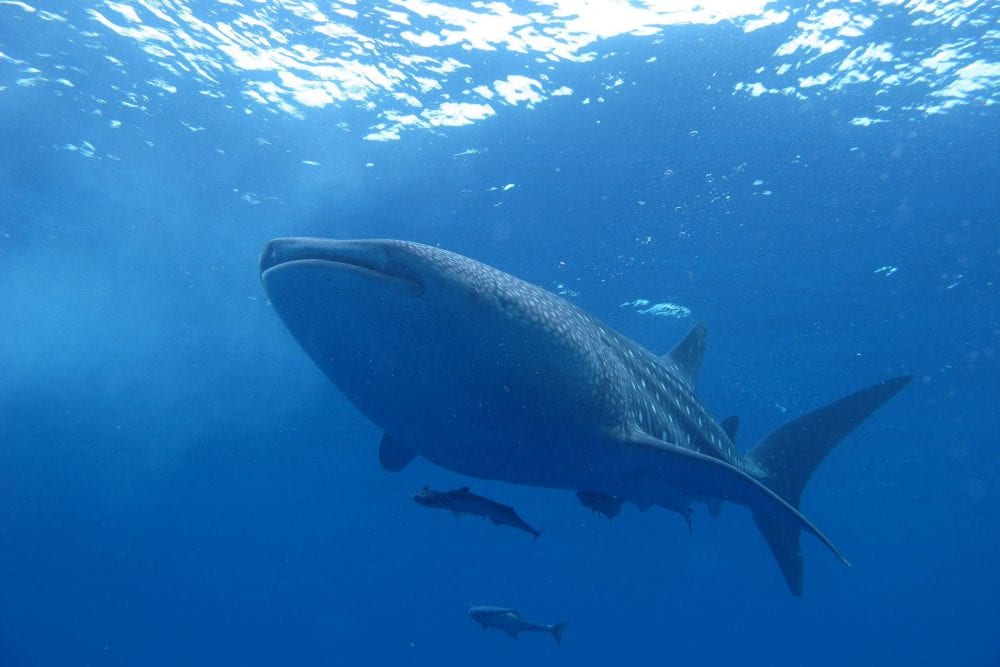 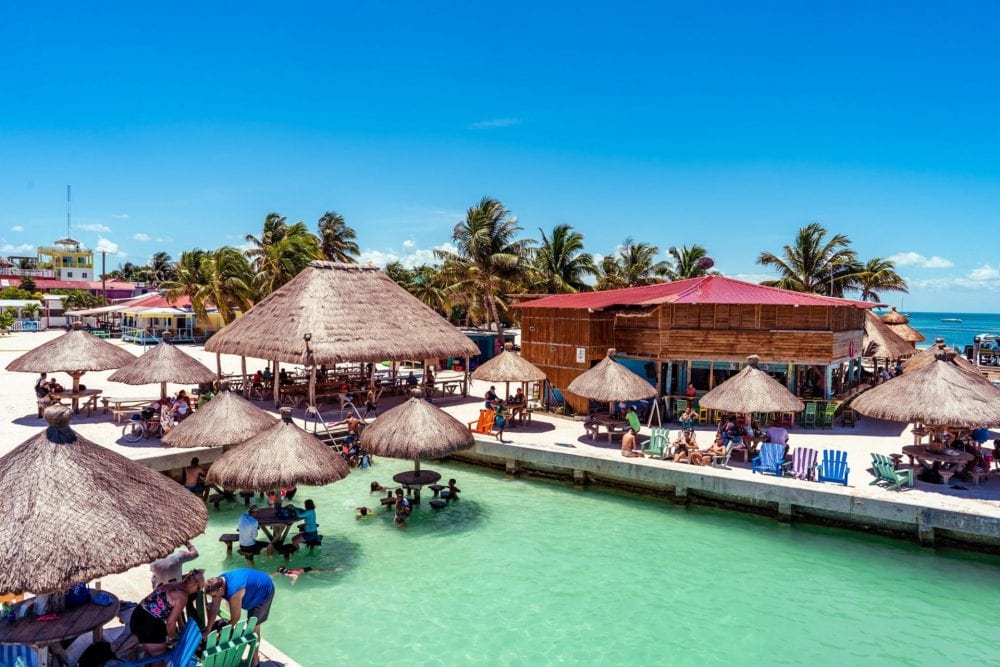 Well, there’s plenty. June rounds out Whale Shark season in Belize, where curious visitors can dive alongside the world’s largest fish on the Southern tip of the country. Book with Gold Standard operator Splash Dive Center out of Placencia for a prelude to a summer of feasting, frolicking and feeding, with dates in the summer for June 23 – July 5, 2021. Then—for the foodies—June marks the open season of Spiny Lobster. Under other circumstances, San Pedro, Placencia and Caye Caulker would be hosting huge block parties, live music and fragrantly-charred grills combine for Lobster Festival: a bonafide seafood bacchanal. Pairs perfectly with the hundreds of mango varieties in Belize, which bears all summer-long! 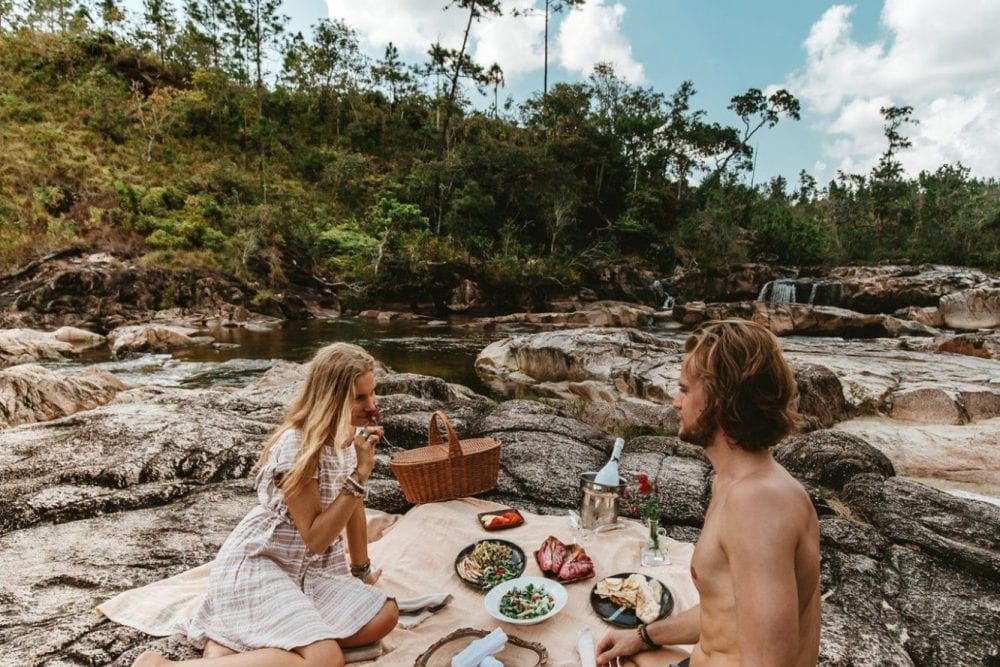 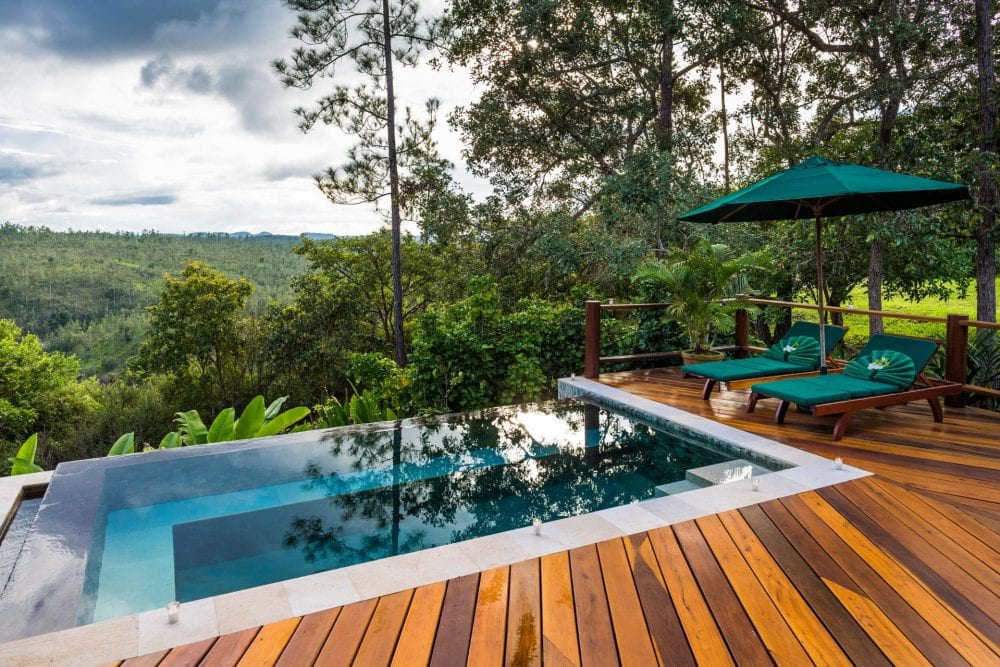 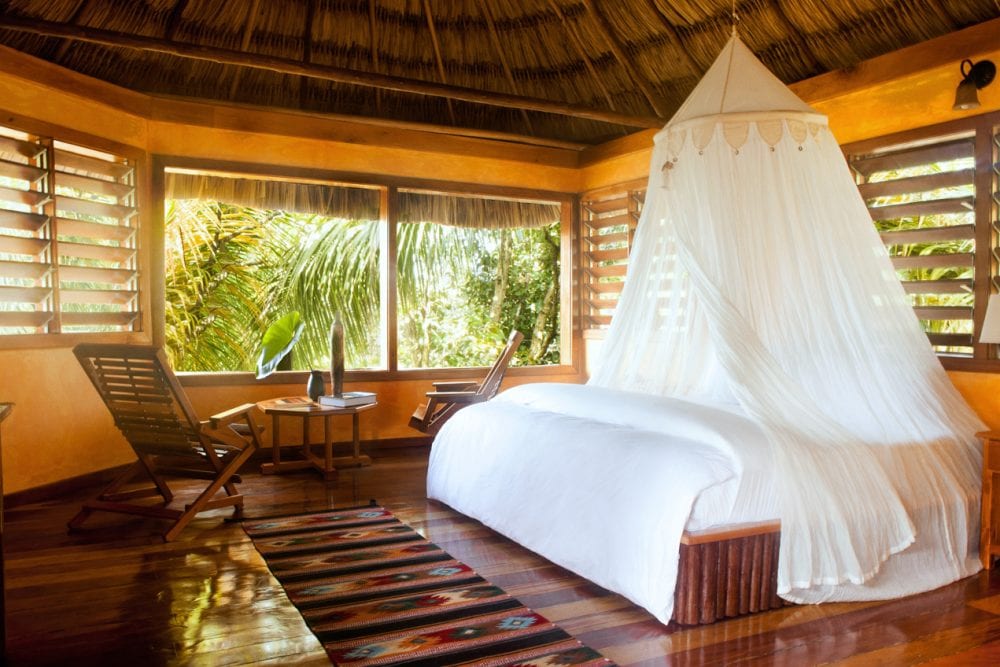 Then, there’s visiting Belize in July, and guess why? Money, honey. All rhymes aside, July is situated in the midst of “low season,” and there’s Belize travel deals to be had. Besides practically no queues for any of the most popular tourism attractions, that also means every destination is Instagram-worthy, no Photoshop of the unbeknownst photo-bomber required. You’re also smack in the middle of Summer, which means it can get balmy quick. The jungle canopy always seems to provide some cooling relief, and you can escape to a jungle lodge in Belize’s Western interior.

Related: The Perfect Belize itinerary for every month of the year 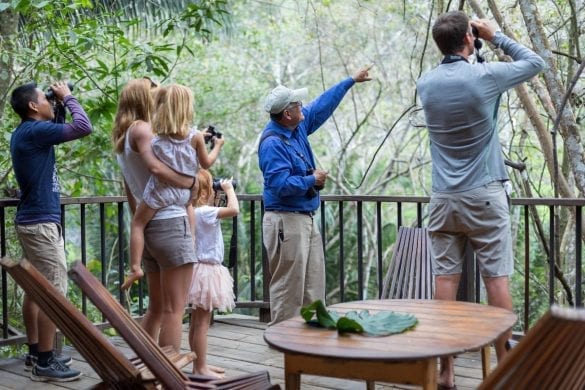 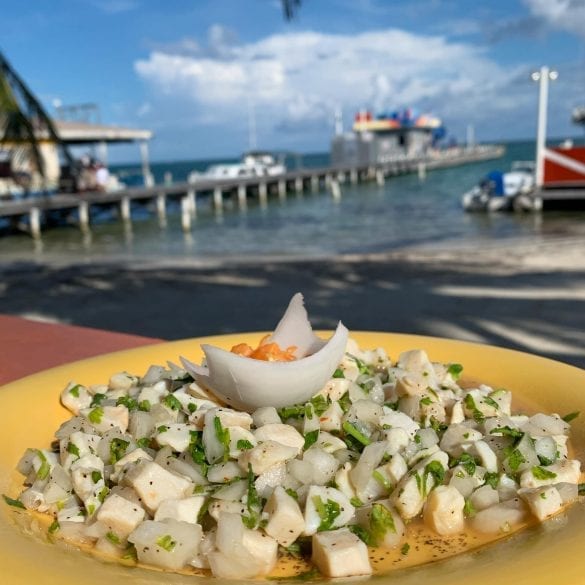 August, September and October become less crowded as the months carry on, respectfully, which means there’s even less tourists. However, October is also the peak of rainy season, so be prepared to have a few back-up plans if your diving trip gets postponed to the day after because of weather. But, privacy is the name of the game here, and you’ll feel as if you’ve got an exclusive tour to yourself. Then, Conch season in Belize opens. As one of the most significant sources of revenue in the fishing industry, conch is a staple across Belize—absolutely irresistible in dishes like ceviche, fritters, curry, and soups. And for bird lovers alike, October is also the peak of migration season for snowbirds to head South. Try your luck in spotting as many of Belize’s near 600 recorded species as you can!

How do I pack for a Belize vacation during its rainy season? 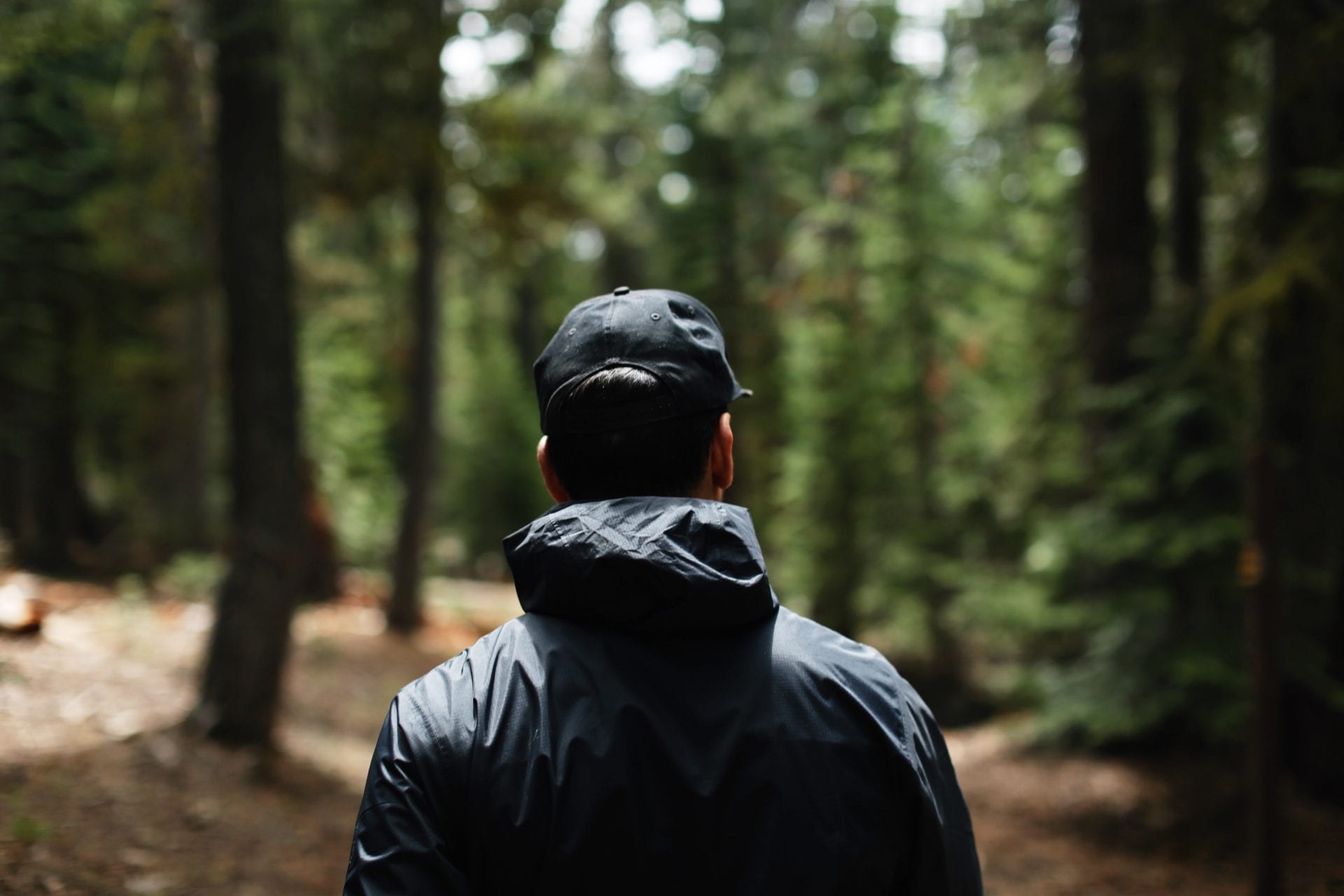 It’s the rainy season in Belize, so pack accordingly. Just because it’s raining doesn’t mean you need to be boarded up indoors the entire trip. Enjoy Belize — rain or shine — with some of the following must-pack items:

Why I Gave Up Banking to Become a Dive Instructor: Meet PADI Patty from Splash Dive Center