Since 2009, Oceana Belize honours and expresses gratitude to those tirelessly working towards marine conservation by sharing the stories of men and women committed to safeguarding Belize through their ‘Ocean Hero Award‘. On Wednesday, October 14, Oceana formally recognized two outstanding Belizeans as the 2020 Ocean Heroes during its first ever virtual award ceremony. This year’s winners are Placencia fisher turned seaweed farmer, Lowell Godfrey and Punta Gorda fisher and businessman, Neville Smith.

Lowell ‘Japs’ Godfrey was born and raised in the popular Southern village of Placencia, where he has been fishing for over forty years. Once a traditional commercial fisherman, Godfrey is now one of the pioneers of seaweed farming in Belize. During his decades as a commercial fisher, he has witnessed first hand the decline in fishery stock over the years as well as the destructive nature of gillnets, a realization that prompted his transition to seaweed farming.

“An Ocean Hero to me is someone that is out there in the marine environment, [who] takes care of it, [who] educates people about it. [They go] about physically, trying to make a difference in how you approach or address problems facing the ocean.”

Now, over ten years later, as the Chairman of the Placencia Producers Cooperative, Godfrey has propelled the seaweed farming industry to the forefront of Belize’s marine conservation initiatives. A globally recognized trainer for seaweed mariculture in Belize, Japs continues to educate himself and others on best marine practices, as he lives doing what he loves while protecting Belize’s natural resources.

Born and bred in Southern Belize, Neville Smith’s journey as a lover of the sea, began when he was only nine years old. Growing up between Dangriga and Punta Gorda, Neville inevitably found himself in the world of commercial fishing. A fisher for over twenty years, Smith has also worked as a tour guide for more than fifteen of those years. Now firmly rooted in Punta Gorda, Smith hosts educational trips for youths, teaching many of them to swim, and all of them to appreciate and value Belize’s bountiful marine resources.

“I want [the kids] to see and to feel what I felt even before now. You went out, the ocean was lively, you see fish, you see turtles, you see dolphins, porpoises – you see everything. There is never a dull day on the ocean.”

During each trip he takes out, whether it is an educational trip or a tour, he also always has a beach cleanup. Neville continues to host countless cleanup campaigns throughout Punta Gorda and he continues to work within his community to ensure that others will be able to experience the beauty and bounty of the Caribbean Sea he grew up exploring and loving. 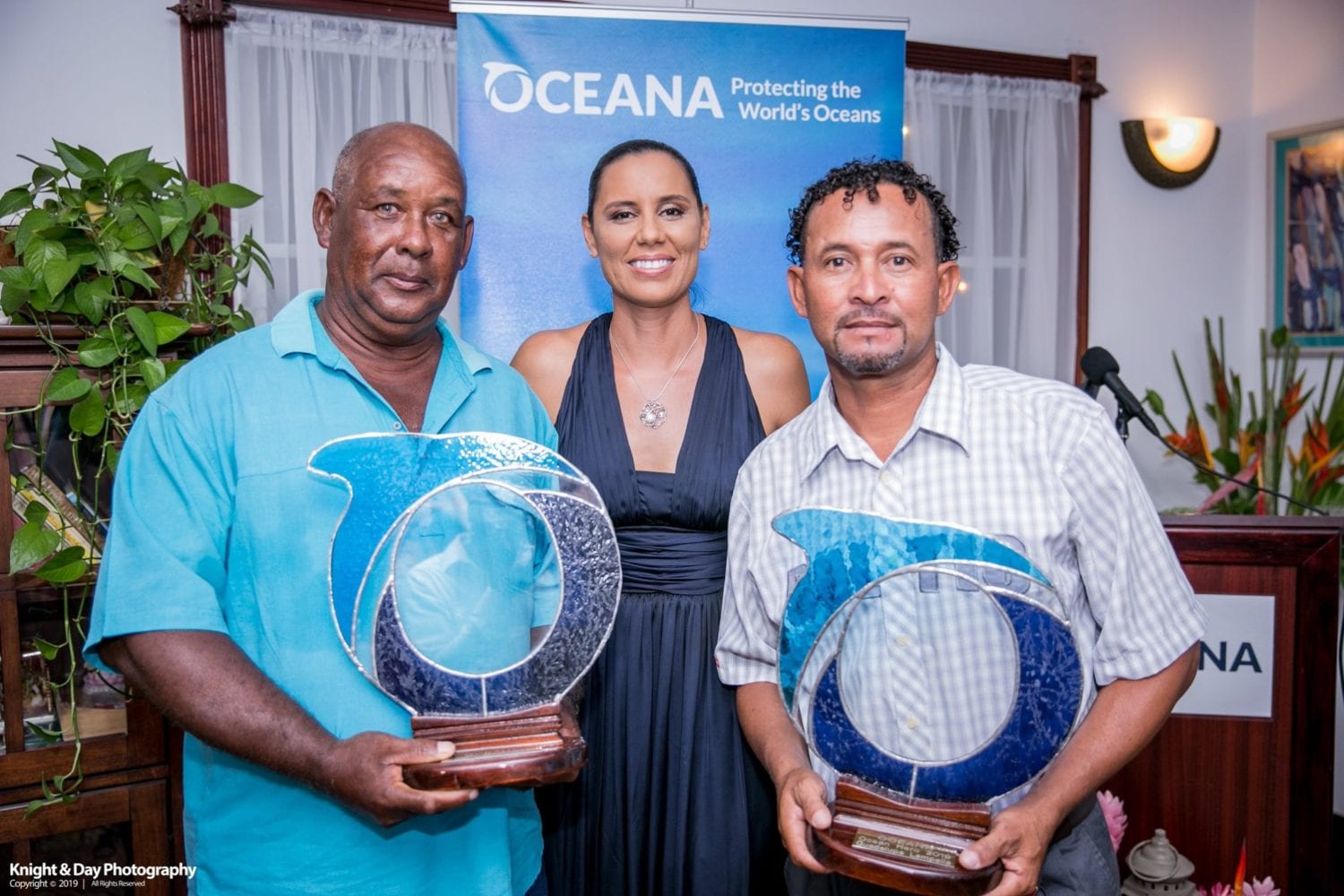 During the virtual presentation of awards to both honorees, Oceana’s Vice President, Janelle Chanona, stated: “Every day courage has few witnesses. But theirs are no less noble because no drum beats and no crowds shout the names of unsung heroes. That’s a play on something written by author Robert Louis Stevenson. I repeat it now because that’s what this event means to the Oceana Belize team—a chance to beat the drum and shout the names of the ordinary men and women who are doing extraordinary work that benefits all Belizeans. They do it quietly, often at great personal cost and they do it with their whole heart. Tonight we are proud to recognize two more Belizeans as Ocean Heroes. The quality of the nominations always makes the choices extremely difficult. The work of this year’s awardees have national impact, safeguard marine resources and ensure generational legacy.”

How Belize’s Economy Gets A Boost From Biodiversity, says Stanford

Can Airlines’ Pre-Flight Tests Resurrect Leisure Travel to the Caribbean?