Did you know that Sea Turtles are endangered?  The Belize Barrier Reef is so rich in wondrous species of sea life that this gentle reptile is sometimes overlooked or downright ignored.  I remember as a child on school vacation, on an undiscovered San Pedro, Ambergris Caye, how thrilling it was for me to go out with our neighbor, “Don Rafa”, who made his living from the sea.  We woke up at dawn and set out for the fringe of the reef to see what bounty we could catch that day.  At that time, it was legal to catch sea turtles and sell them for their meat and eggs, also, to use the turtle shell as raw material for all kinds of utensils. Today, this is not allowed. We now must protect and preserve them from extinction. 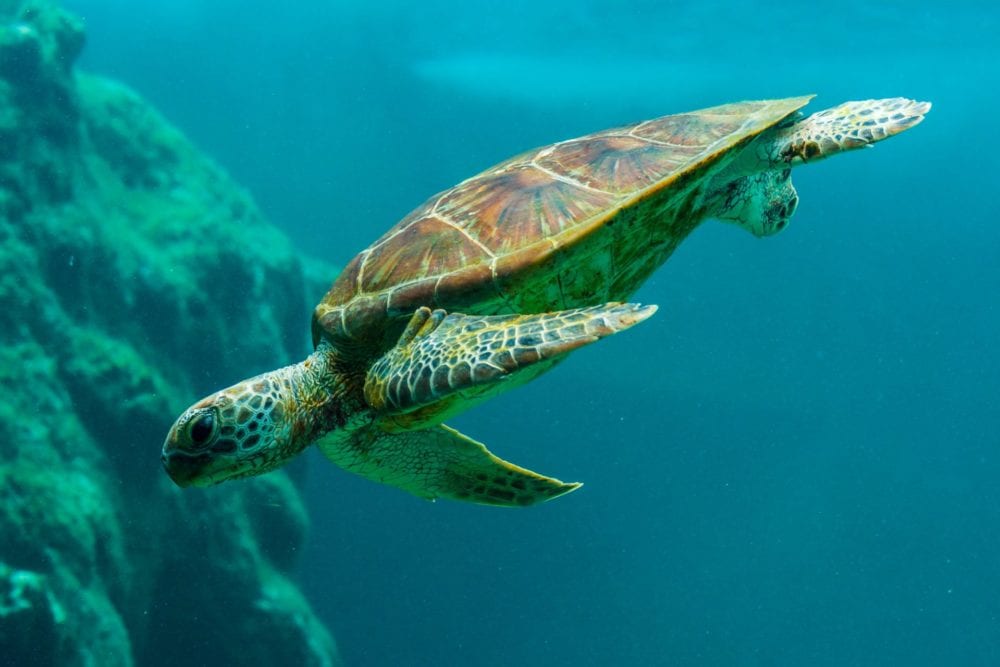 Between the coast of Belize and the Reef, three types of turtles come to nest: Green, Hawksbill, and Loggerhead.  They come for the abundant food and safe nesting ground. What is unique about Sea Turtles is that they spend their entire lives in water. However, they must go to sandy beaches to lay their eggs. This is because they are reptiles that breathe air. If embryos were laid in water, they would drown!  Somehow the females, and only the females, are adapted to land, and they do all the hard work of digging their nests.  Males get to stay in the water.

The fact that the females get the eggs to the sand does not mean they will survive. The incubation period is from 60 to 90 days during which time, they could fall prey to hazardous conditions.  They could be eaten by dogs, raccoons, skunks, birds, or even, careless humans.

There is also a fatal disease of an unknown cause, that engenders the formation of tumors. Sometimes, people indiscriminately sell them as food.  Another hazard for turtles is being caught in gill nets, shrimp trawlers, or long lines.  There is new technology in place—a turtle excluding device, but it has proved complicated and installation is problematic.  By far, though, the worst threat has been progress in the tourist industry. The building of piers or sea walls and all the dredging required for building destroys their habitat.

On Northern Ambergris Caye, there is a Reserve between Robles Point and Rocky Point.  Under the Ambergris Master Plan, this nesting ground is closely monitored and protected.  Biologist Greg Smith, a member of Green Reef, takes annual records of the species population. For now, the numbers are up to 70 Loggerhead nests and several Green turtles. Still, these measures are insufficient, since the numbers continue to fall.

These sea creatures have a precarious existence and we must all do our part by adhering strictly to regulations and spreading awareness of the need to protect them.

Forbes “Best in Travel” – Eight Underrated Destinations to Visit in 2020

Where To Go In Belize, Based On Your...

All About The Pizzeria at Turtle Inn Serving...

5 Creative Belize Experiences That Will Bring...