A half-blind shark that is typically thought to live in freezing Arctic waters, scavenge on polar bear carcasses and survive for hundreds of years, recently turned up in perhaps an unexpected place—a coral reef off Belize. This marks the first time a shark of its kind has been found in Western Caribbean waters off the world’s second longest barrier reef. Whether you found Jaws absolutely riveting or just a little too terrifying, almost every nature enthusiast out there is looking forward to Shark Week 2022, and this discovery by Devanshi Kasana, a Ph.D. candidate in the Florida International University (FIU) Predator Ecology and Conservation lab in Belize is one to get excited about. The Greenland shark, largely considered an enigma to science, has been estimated to live upward of 400 years—earning them the special designation of longest-living vertebrate known to science.

Lumpish, with stunted pectoral fins that they use for ponderously slow swimming in cold and dark Arctic waters, Greenland sharks have blunt snouts, small pale bluish-colored eyes, and gaping mouths that give them a dull-witted appearance. Known to feed on fresh halibut and rotting polar-bear carcasses, what exactly is a Greenland shark doing in the Caribbean Sea off the coast of Belize? Devanshi Kasana, a Ph.D. candidate in the Florida International University (FIU) Predator Ecology and Conservation lab, was working with local Belizean fishermen to tag tiger sharks when the discovery was made. 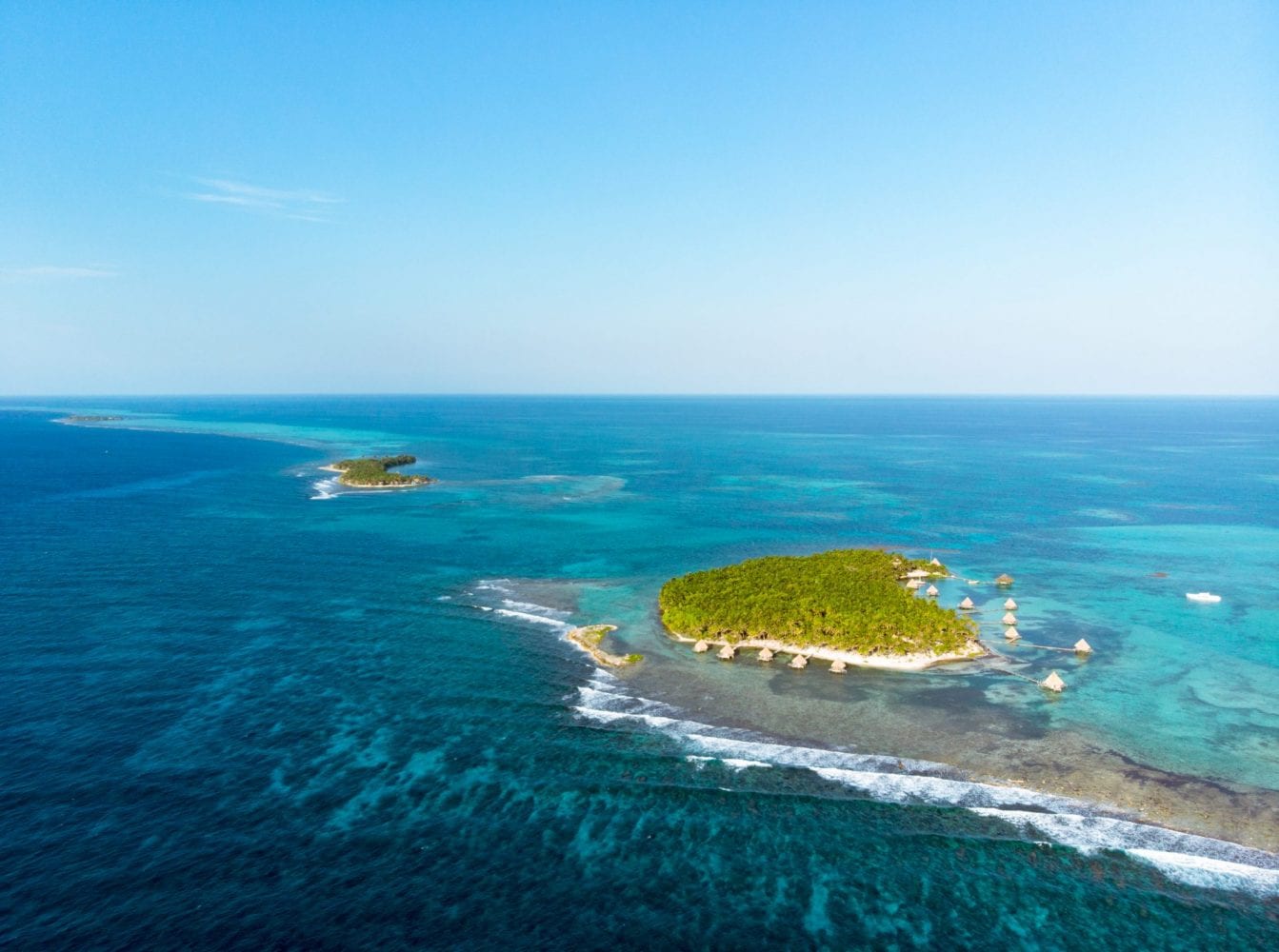 After a long night of fishing, a storm was rolling in on the horizon and the team did one last check of their lines. But instead of a tiger shark on the other end, the ‘elongated smooth stone that had sprung to life’ led scientists to think it was a member of the sleeper shark family.

“At first, I was sure it was something else, like a six-gill shark that is well known from deep waters off coral reefs,” Kasana said. “I knew it was something unusual and so did the fishers, who hadn’t ever seen anything quite like it in all their combined years of fishing.”

Kasana texted Demian Chapman—her Ph.D. advisor and Director of Sharks & Rays Conservation Research at Mote Marine Laboratory & Aquarium—to share the news. She also sent along a photo of the shark. Chapman’s response caught her off guard. He said it wasn’t a six-gill. But, it looked a lot like a Greenland shark (Somniosus microcephalus). It was particularly large, which leads shark experts to assume it’s either a Greenland shark or a hybrid between the Greenland shark and Pacific sleeper shark (Somniosus pacificus).

Could These Arctic Dinosaurs Actually Be Living In The Caribbean? 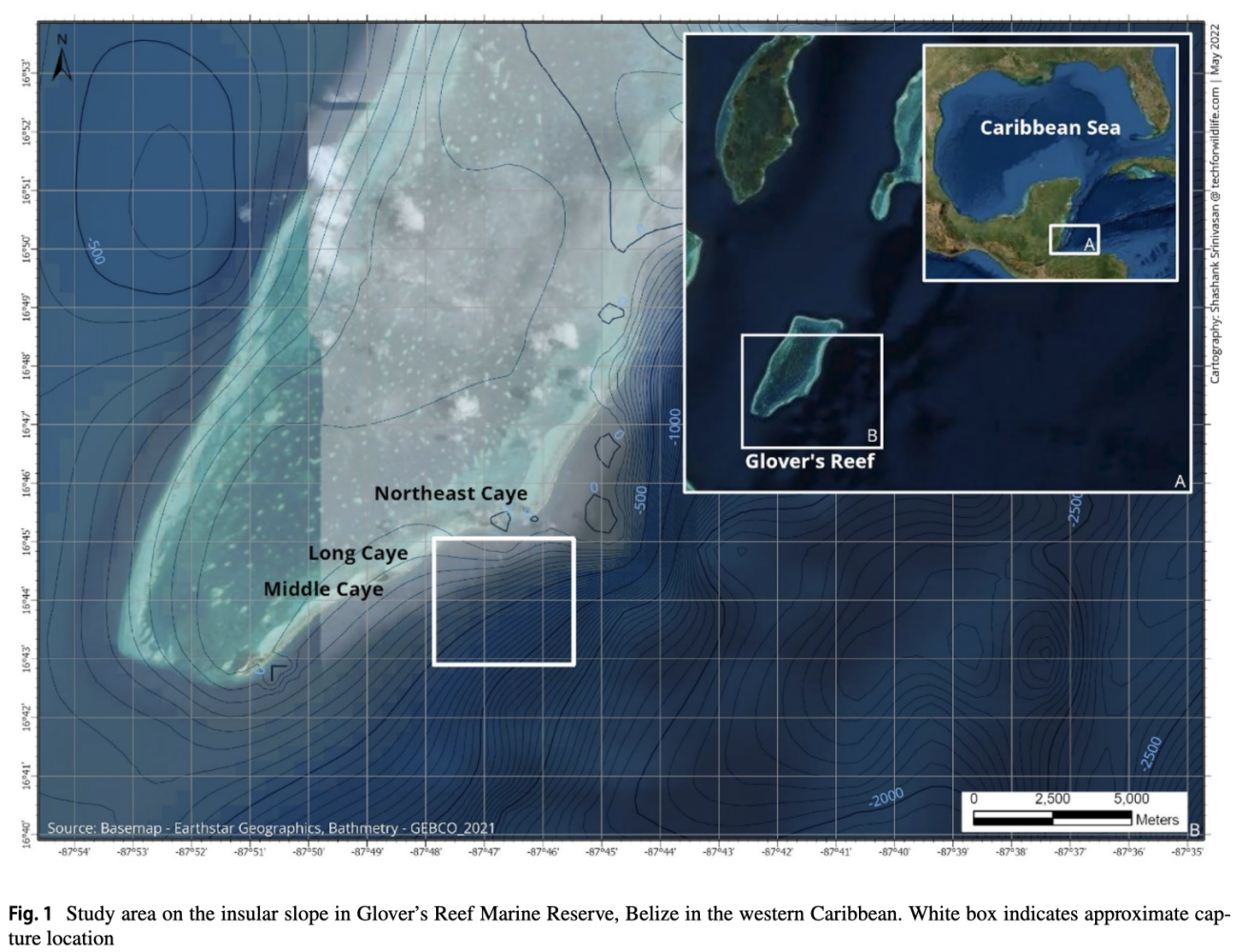 Possibly. Although Greenland sharks are known to prefer low water temperatures, like those found in the Arctic, not much else is known about them. With this discovery in Belize, experts suggest that Greenland sharks could be found all over the world in greater depths. After all, it’s among the world’s largest predatory sharks, growing up to eighteen feet in length, but also among its most elusive. Its life history is a black box, one that researchers have spent decades trying in vain to peer inside. Where do Greenland sharks mate? What are their global range and population structure? And, most enticing of all, how long do they live? A Greenland shark swims in the icy, Arctic waters of Lancaster Sound, located at the eastern entrance to the Northwest Passage in Canada’s Nunavut territory. These animals often have poor vision because of the copepods, small parasitic crustaceans, that latch onto their eyes.
PHOTOGRAPH BY FRANCO BANFI, ALAMY

The waters where Kasana and the fishermen found the shark certainly get deep. Glover’s Reef Atoll—part of the Glover’s Reef Marine Reserve World Heritage Site, a marine protected area (MPA)—sits on top of a limestone platform, forming a lagoon surrounded by a coral reef. Along the edges of the atoll, there’s a steep slope that drops from 1,600 feet to 9,500 feet deep. It’s here that the cold water needed for a Greenland shark to thrive is found.

“I am always excited to set my deep water line because I know there is stuff down there that we haven’t seen yet in Belize, but I never thought I would be catching a Greenland shark,” said Omar Faux, one of the fisherman in Belize. “My crew and I are looking forward to future deep water expeditions with Dr. Chapman and his team.” 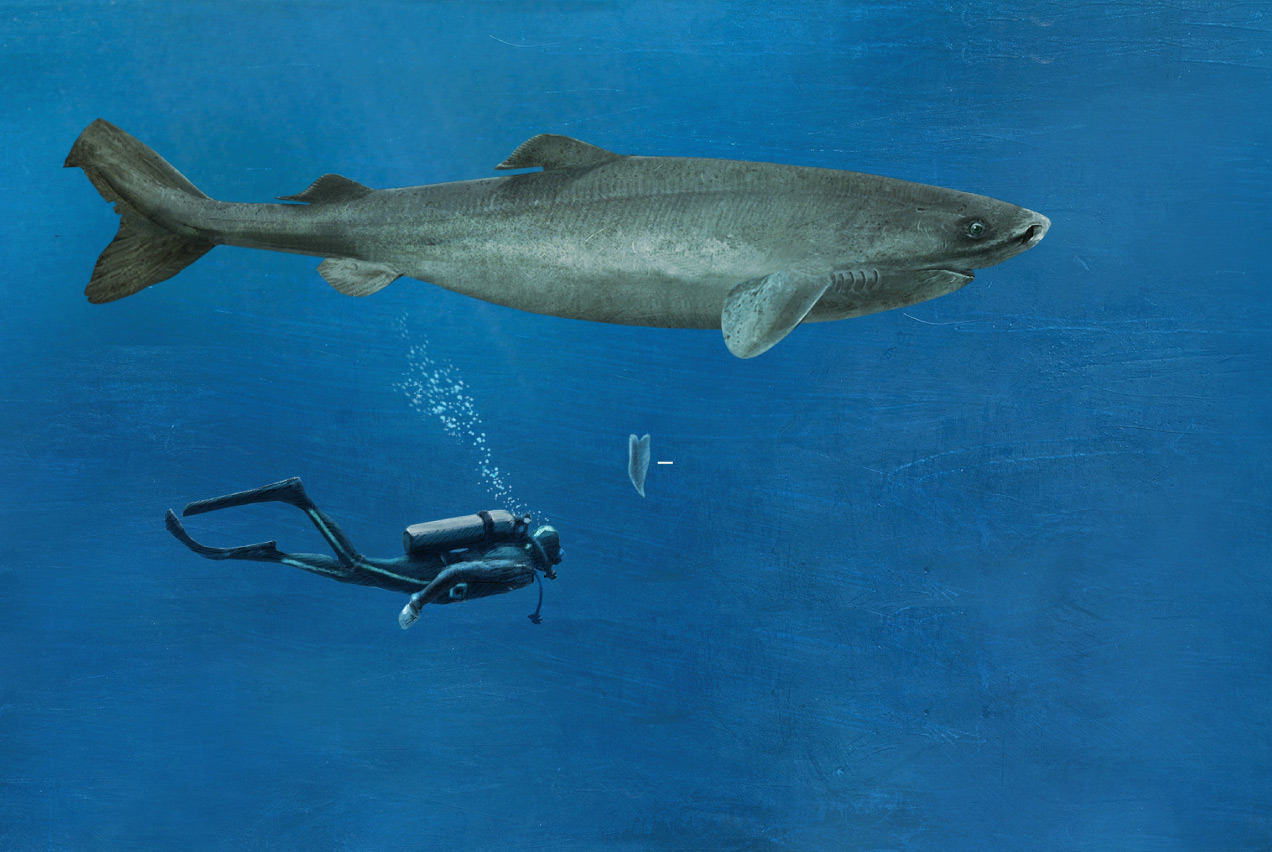 For nearly two decades, Chapman has led projects tracking shark populations at Glover’s Reef. The data has been shared with the Belize National Shark Working Group—a team made up of government officials, shark fisherfolk, non-governmental organizations, and scientists. This work recently led to increased protection and new legislation prohibiting shark fishing two miles around all three atolls in Belize, including Glover’s Reef Atoll.

One of the world’s top experts on Greenland sharks—University of Windsor Associate Professor of Biology Nigel Hussey—gave Chapman’s team four satellite tags. Just incase luck smiles on them again, crucial data can be collected to learn more about the elusive Greenland sharks and what they may be doing in the Caribbean.

Why Sirenian Bay Resort Should Be Your 2023 Wedding Destination

The Rise of Celebration Travel: A Belize Trip For Every Occasion