Like the Belize Barrier Reef has long attracted serious divers, the permit holds a similar sway for passionate Caribbean fly anglers. That’s why fly-fishers will welcome the news of Belize’s latest fly-fishing camp: Blue Horizon Lodge in the heart of Permit Alley, which was extensively renovated before officially reopening in 2020. Here, shallow saltwater flats stretch nearly 30 miles from Dangriga down to Placencia to offer your best opportunity at a Grand Slam. Not to mention, the boutique property pioneered saltwater fly fishing in this part of Belize.

Started by a Legend

Situated on a private island in Southern Belize, the family-owned property originally opened in 1997 when fly-fishing legend Lincoln Westby and his wife Perline built the lodge right in the middle of picturesque “Permit Alley,” the world’s best permit fishery. Westby began his professional guide career in 1971 leading anglers to what was then a remote fishing destination. With over 2,000 permits to hand, Lincoln is considered the “permit master” and has gained legendary status in the world of fly fishing. 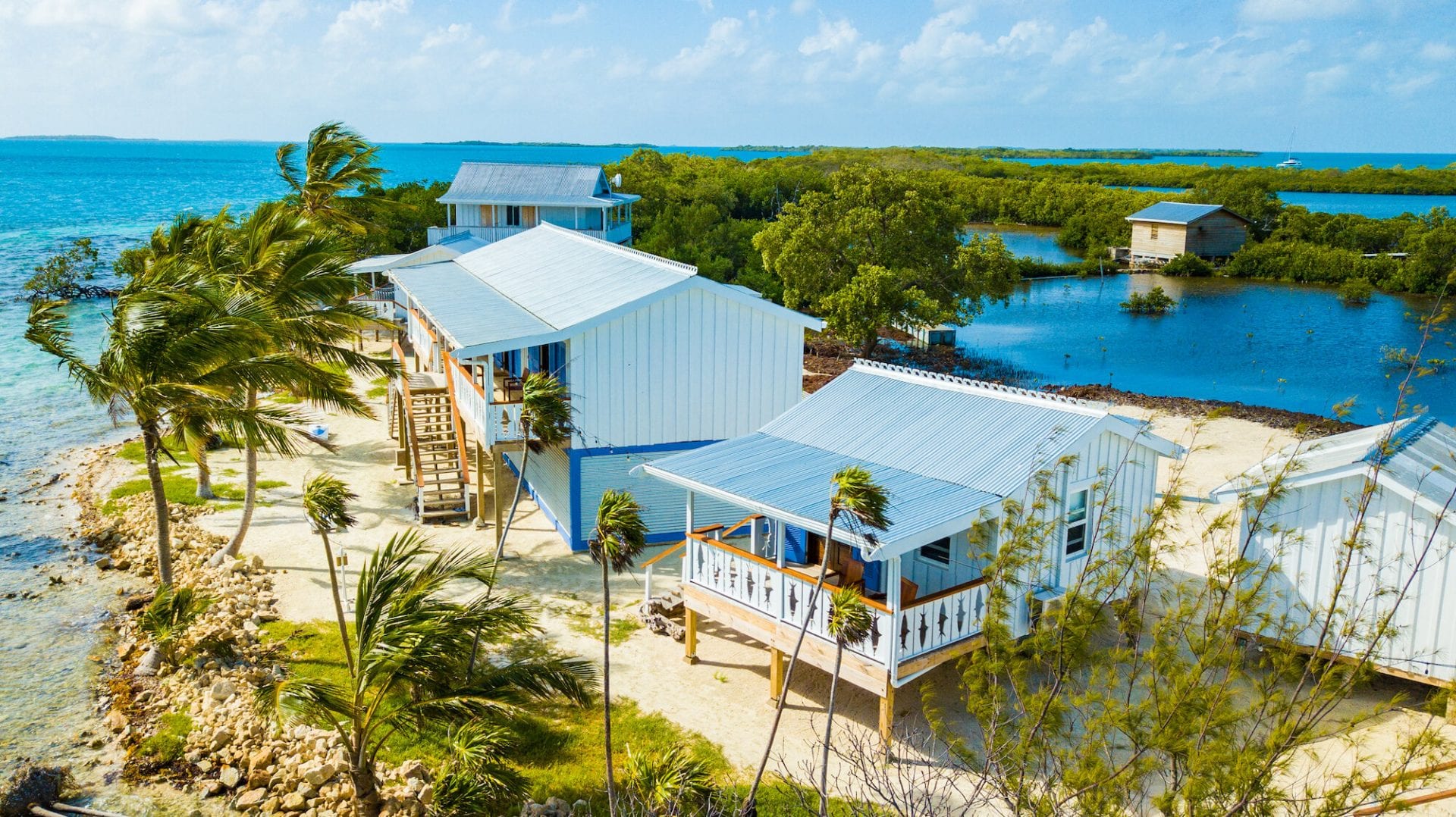 “Blue Horizon is a one-of-a-kind lodge that is true to its place. The island is surrounded by the protected blue waters of a marine reserve that teems with life. Our beautiful front yard also happens to be one of the best fisheries on the planet.”

Westby has led seminars and lectures about fishing for permits and conserving their habitat in Belize. He has trained dozens of top guides in Belize and is eager to share his knowledge with anyone who is interested in learning more about permit. He continues to mentor and oversee the lodge’s guide team while personally fishing with anglers from around the globe.

Flitting across the Caribbean Sea before gliding upon to the 7-acre island, locally known as Northeast Caye, you’ll notice that Blue Horizon Lodge caters to dedicated and beginner anglers alike. In saltwater fly fishing, a permit is often considered the holy grail. And if you’re an angler, Belize makes it easy to hone every ounce of your skill. Welcome to the permit capital of the world. Gaining this reputation isn’t easy—permit tends to be choosy, shy, and spook easily. However, the world of permit fishing can be both exhausting and rewarding; but there’s no feeling like sighting its tail out of the water as they feed on crabs below.

The always eager bonefish is bound to keep spirits up. Photo by Blue Horizon Lodge

While most anglers who stay at Blue Horizon Lodge are focused on fishing for permits, there is an abundant population of tarpon nearby. And don’t forget about bonefish! Bonefish can be targeted and caught any day of the year, making our fishery the best place to target a Grand Slam in Belize. Don’t get me wrong: finally bringing a fish to hand for a quick photo and a gentle release is unparalleled; catch-and-release angling is the law for permits (and all the big three sport fish) in Belize. After, rejuvenate on the grounds of the lodge, which was also endorsed as an Orvis Fly-Fishing Outfitter, with fresh-caught seafood and Muyono Farm-fresh produce.

The intimate Blue Horizon Lodge features 5 rooms, with a maximum occupancy of 10 guests. The new property utilizes the lodge’s original construction. Meanwhile, offers a fresh redesign of both the guest rooms and lounge area. Each room is furnished with two full-size beds and a private bathroom, as well as hot water showers. Air conditioning is standard in all of the rooms, for the option of enjoying the ocean breeze or a controlled climate. Rod racks, shelving, and hangers will help you organize your gear during your stay.

The Best Hikes in Belize For the Outdoor and Hiking Lover