When you visit the Caribbean, a good, strong rum cocktail to start the vacation off right is often the first thing that comes to mind. Granted, it’s hard to separate rum from the Caribbean—Bacardi, El Dorado, Havana Club, Pusser’s, and Mount Gay Rum all come from such islands as Puerto Rico, Guyana, Cuba, Jamaica, and Barbados. With a history that traces back to 17th-century trade running, rum production is a stronghold in the region as one of the first industries that took root. Fine rum (and great food with rum) quintessentially spells out a luxury rum vacation in the Caribbean. If you’re celebrating National Rum Day today and find yourself seeking a spirits-driven stay in the rainforest, keep Copal Tree Lodge on your list—an agri-tourism chic locale in Belize’s Deep South.

A Single Estate Spirit in the Rainforest

Picture this: Miles of viridescent mounds within the Maya Mountain range fan out ahead of you. A choir of howler monkeys echo in the distance, interrupted only by the call of Ducky. The call of a what, you may ask? Meet Ducky—a local bartender at Copal Tree Lodge that’s been with the Copalli crew since 2,000. There’s always a big, bright smile to accompany his favorite cocktail, which you can find at The Rum Bar as Ducky’s Daquiri. After all, the crisp finish of Copalli Rum makes it a great choice for a classic daiquiri. If he asks, always say yes to any concoction his creativity comes up with. Trust. 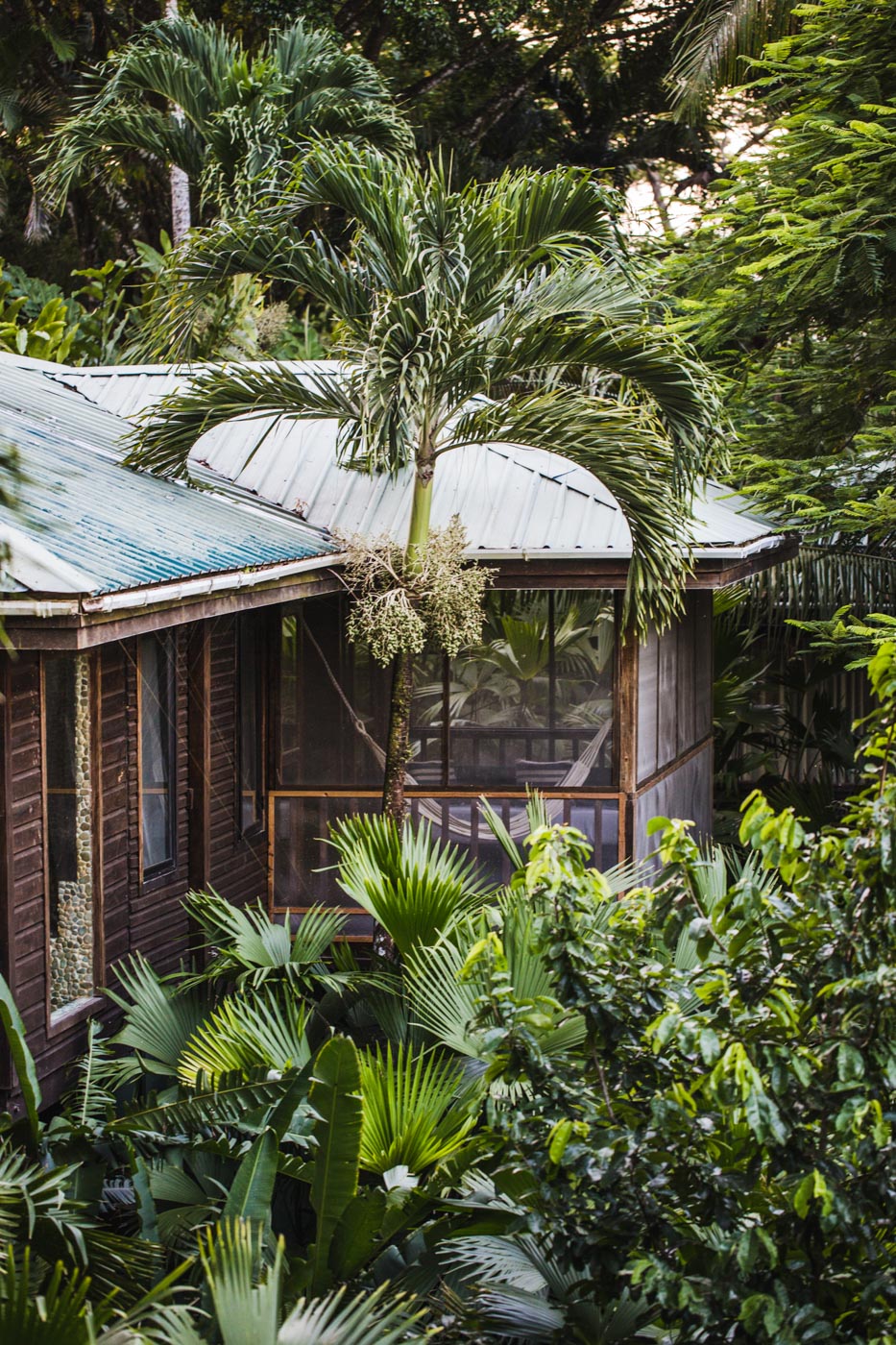 One of the individual suites at Copal Tree Lodge. Image via Life & Thyme 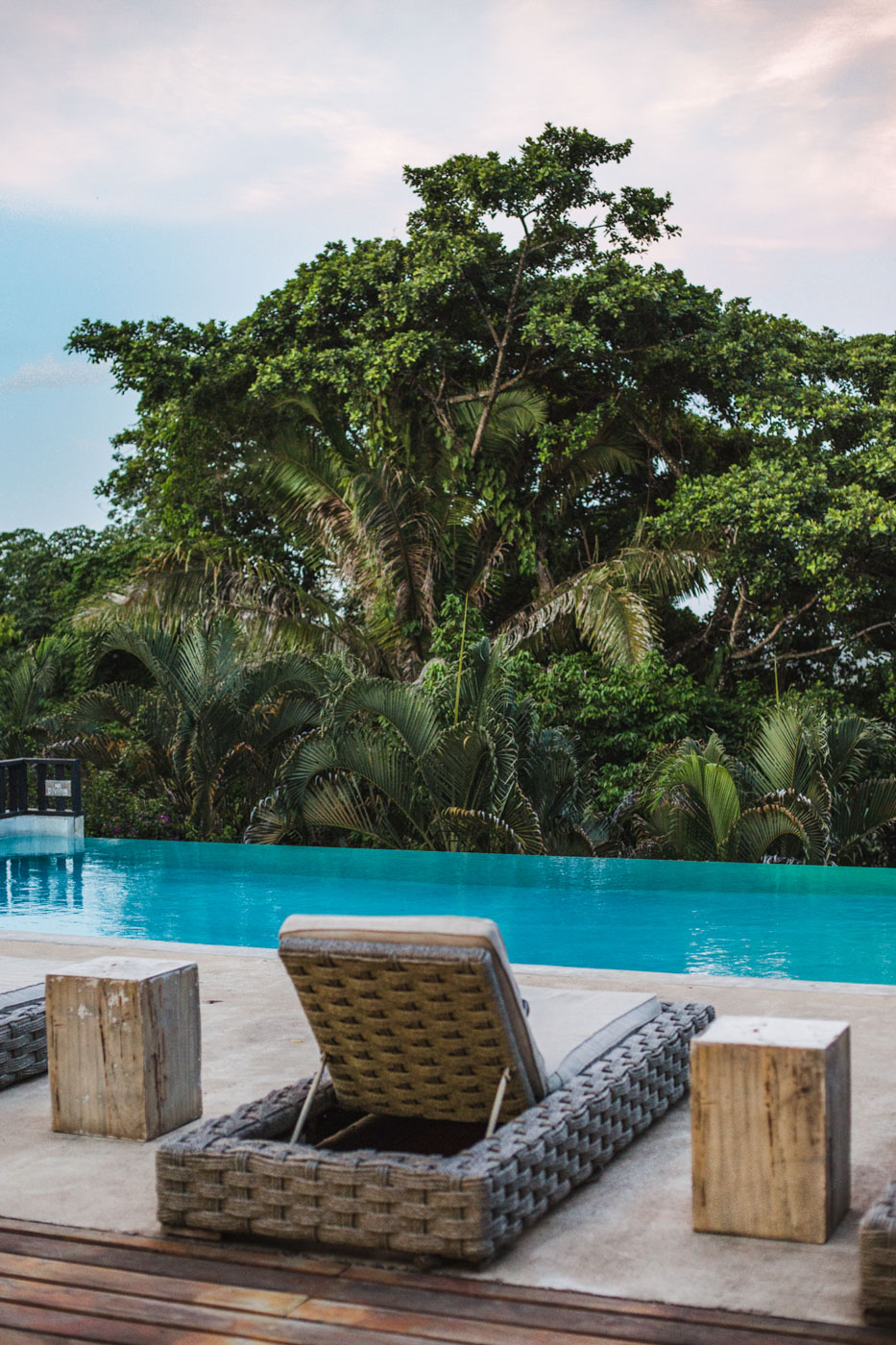 Look out onto the protected acreage at any ‘rest stop’. Image via Life & Thyme

You’ll stay in one of the 16 signature canopy or jungle suites, with a view to match their names. There’s also a three-bedroom family style villa, which is perfect for multi-generational travel. Those 18 years and older (Belize’s legal drinking age) can head out down the hill from the Lodge towards the Copal Tree Distillery—hugged by over 22,000 acres of preserved rainforest.

You’ll be reminded of all of this while touring the Distillery, which opened in July 2018 to begin producing Copalli Rum. The majority of rum in the Caribbean—as much as 95 percent—is produced from molasses, but rum can also be made from pressed sugarcane juice. The result is a lighter, grassier, and more vegetal rum with lingering notes of the sugarcane plant. This is known as rhum agricole, or simply agricole, and is most commonly associated with French-speaking Caribbean islands and nations, like Martinique and Haiti. Which is exactly why this small-batch style in Belize makes Copalli Rum stand out from its more mainstream Caribbean counterparts.

Shredded and pressed to maximize the freshness of the cane juice within a mere 2 hours of of harvest from its onsite organic farm, the single estate Copalli Rum has a sharp, grassy freshness on the nose. Fun fact: this was the first certified organic farm in Belize.

But there’s another difference: a seventy-two-foot column still. You see, Martinique rums characteristically use strictly pot stills, and Puerto Rican style rums use only columns. Instead, Copalli is carving out its own space with three stills, one column, and two copper pots. From freshly harvested sugar cane fields inside its 3,000-acre organic farm, the zero-impact facility uses only its heirloom sugarcane (that’s a non-hybridized native variety), pure rainwater, and yeast. There are three varieties: barrel-rested, white rum, and cacao-infused rum.

Until you make it to Belize, here’s a crash course: the Copalli White is a blend of pot and column still rum that rests in stainless steel for about six months at 84 Proof and 42% ALC/VOL. Meanwhile, the Barrel Rested comes exclusively from the pot still and is “aged” for six to eight months in bourbon barrels 88 Proof and 44% ALC/VOL. And rounding out the line, Copalli Cacao takes on a new identity after the weeks-long rest of Copalli White and 100% organic, freshly harvested organic Cacao nibs.

Bringing Belize To You, Until You Can Experience Belize for Yourself

If you’re a non-drinker, have no fear. There’s plenty to entertain yourself on the property with, including a restaurant, spa, two pools, a gym, nature trails, and even kayaks.

Until you’re ready to jump back into travel, you can enjoy the beauty of rum—and all the flavors of exotic places like Belize that it brings wherever you (physically) are. Regardless of where you’re sipping your rum cocktails, you’ll inevitably come across the rum punch. Sure, crisp daiquiris, zesty mojitos, rich piña coladas, and all the other rum refreshers have their allure, but the rum punch is the Caribbean’s ubiquitous, true specialty. Find a bottle near you here, and try your hand at the Belize Barrel below—just in time for National Rum Day.

All other photos not captioned, courtesy of Copal Tree Lodge/Muy’Ono Resorts/Copalli Rum.

Turks and Caicos to Require Proof of Vaccination As Entry Requirement

Exit Here: Why This New Ambergris Caye Luxury Resort Should Be Your Next Stop