Explore Lamanai, a historic and majestic Maya Ruin, located in Belize. Learn about its history and detailed description that made this Maya Ruin one of the most popular spots to visit in Belize.

Imagine a thrilling boat ride followed by archaeological beauty to experience and capture right before your eyes. Lamanai is the third tallest Maya structure in Belize and stands at 33 meters tall. Lamanai is also known as the “high temple” high above the jungle canopy and provides a mesmerizing view over the river. It features three large pyramids or temples, open plazas, various restored stelae, and a ball court. This Maya ruin is an isolated location in the jungle on the banks of the New River lagoon with a few crocodiles. Lamanai comes from the Yucatec Maya word “lam’an’ain” or “submerged crocodile”. It is situated in the north of Belize, in Orange Walk District. 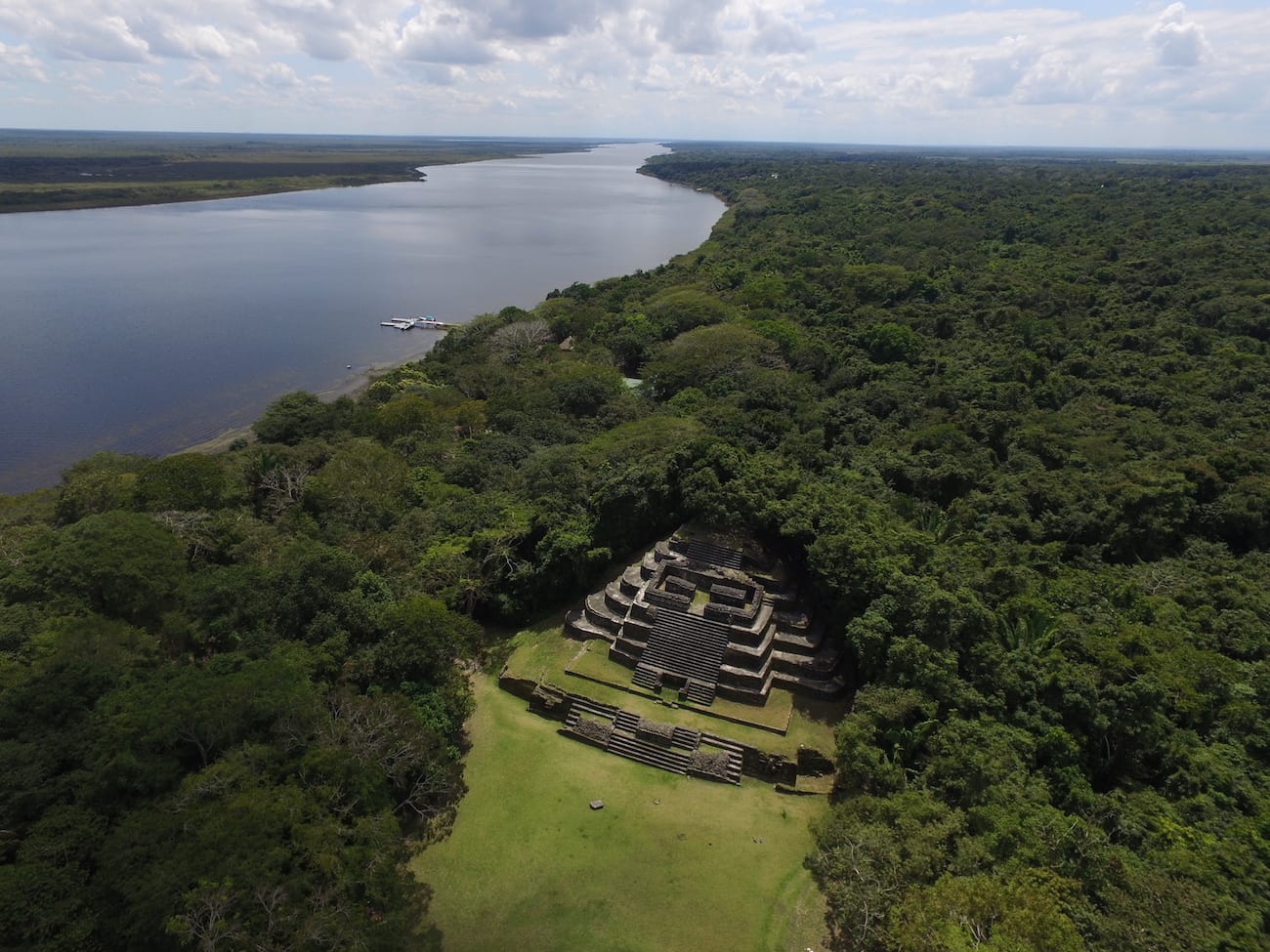 A Brief History Of Lamanai

Lamanai was continuously occupied from around 500 BC until 1675 or later. It holds one of the longest histories of all the Mayan sites in Belize. At Lamanai’s peak, it may have had up to 35,000 inhabitants. Lamanai was both a trade center with evidence of copper objects found that came from Central and Western Mexico and lower Central America. The Spanish attempted to cover the Maya to Christianity which resulted in the construction of two Roman Catholic churches around 1570 AD. In 1640 however, the Mayans launched a revolt and burned the churches down. Shortly after, the city was gradually overtaken by the jungle.

The High Temple is an enormous pyramid built around 100 BC and one of the largest securely dated Maya structures from the Preclassic period. It is known to have one of the most breathtaking views. If you climb all the steps to the top of the ruin, you can see over the jungle canopy to the entire river lagoon.

The Jaguar Temple, another of Lamanai’s massive pyramids was constructed around 500-550 AD. Its name came from a jaguar mask found here. This temple is twelve feet shorter in height than the High Temple.

The smallest of the three temples is the Mask Temple named after a 13 foot high carved mask. The mask is a representation of a humanized face with a crocodile headdress and dates to the late 5th to early 6th century. The mask is made up of limestone blocks with a thin layer of lime plaster and a finishing coat of stucco. 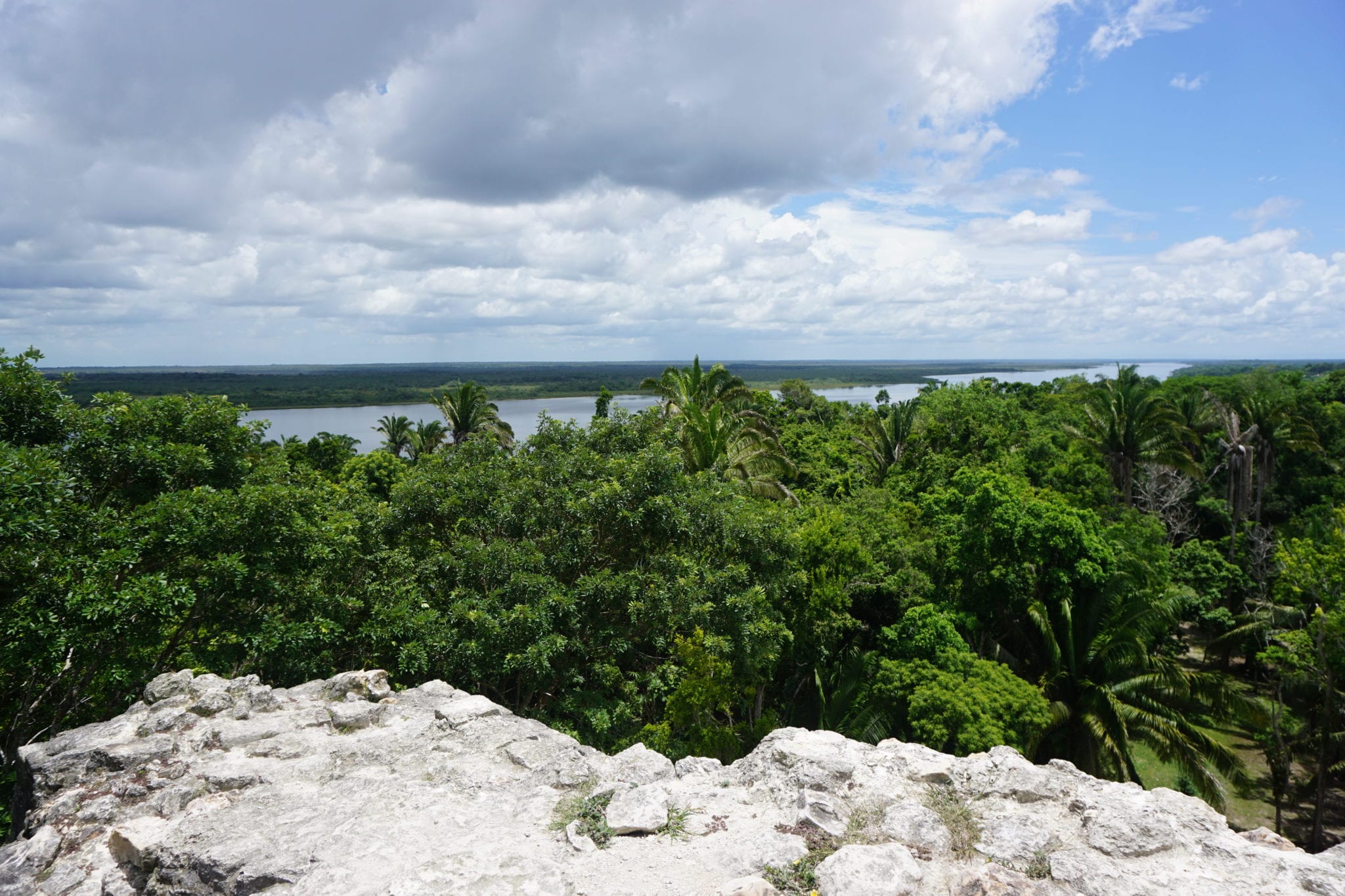 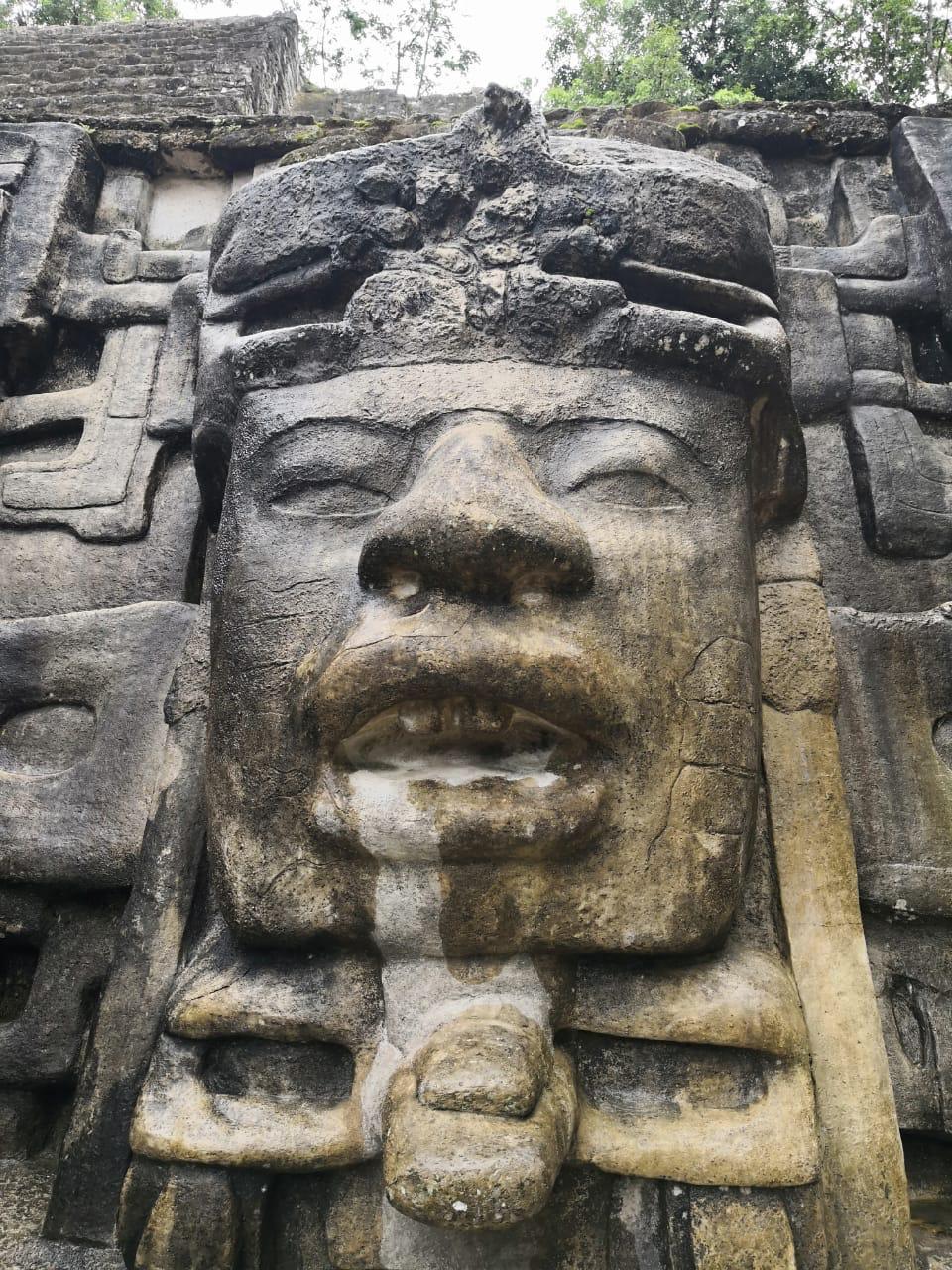 Drive through the morning mists northward to Orange walk. Stop by the Tower Hill Bridge where you will board a small and fast speedboat with a sunroof navigating on the New River. Enjoy the thrill on the scenic 26-mile boat ride filled with bends in the river, passing through reeds, jungles, and Mennonite farmland. Encounter river birds, spider monkeys, and possibly freshwater crocodiles floating near the river’s edge. Another option is driving a 28-mile long drive through both San Felipe and Shipyard to reach Lamanai. However, if you dislike driving dirt roads the best and fastest option is riding the speedboat. 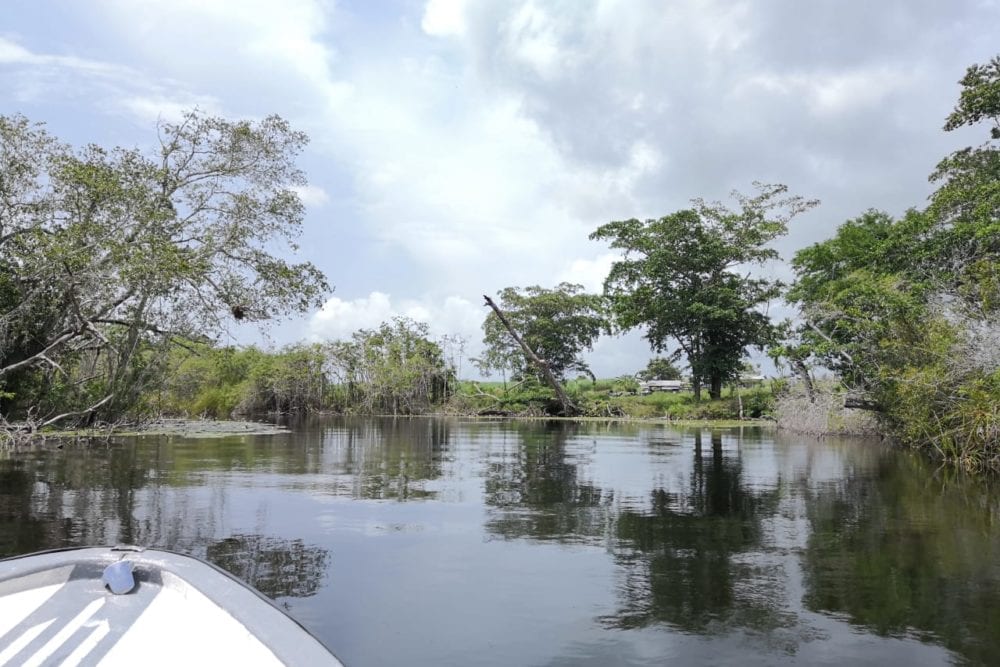 Lamanai is unlike any other Maya site in Belize and opens all year round. Tour rates run anywhere from $70 BZ-$150 BZ for adults and a special rate of $60 BZ for kids. This cost includes transportation of boat ride, entrance fee to the temples, lunch and tour guide. Don’t miss the opportunity to explore a new world filled with history!