NatGeo higlights Caracol as a Maya Metropolis in Belize

“What does it mean to say a city is “lost”? We know where to find the remains of most great ancient cities, and many places commonly considered to have been lost were not unknown to regional societies. What is lost typically is not the location of a city so much as its story, its life in the world. Ancient cities and towns held in their crowded streets entire cultures: rulers and workers, foods and fights, markets and temples, children and pets. And when the cities faded, those human experiences faded, too.” Here, National Geographic delves into three once-teeming cities in North and Central America. 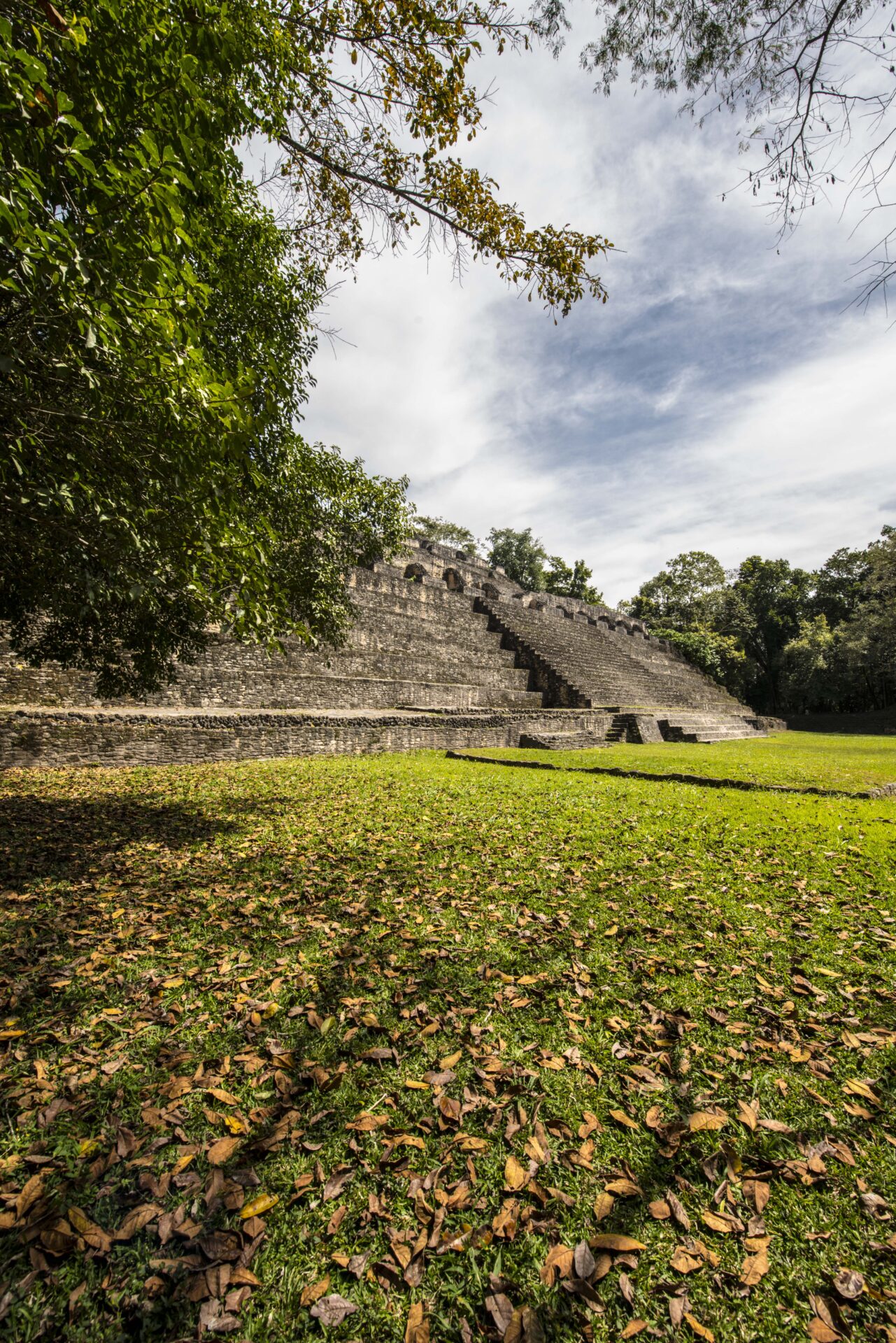 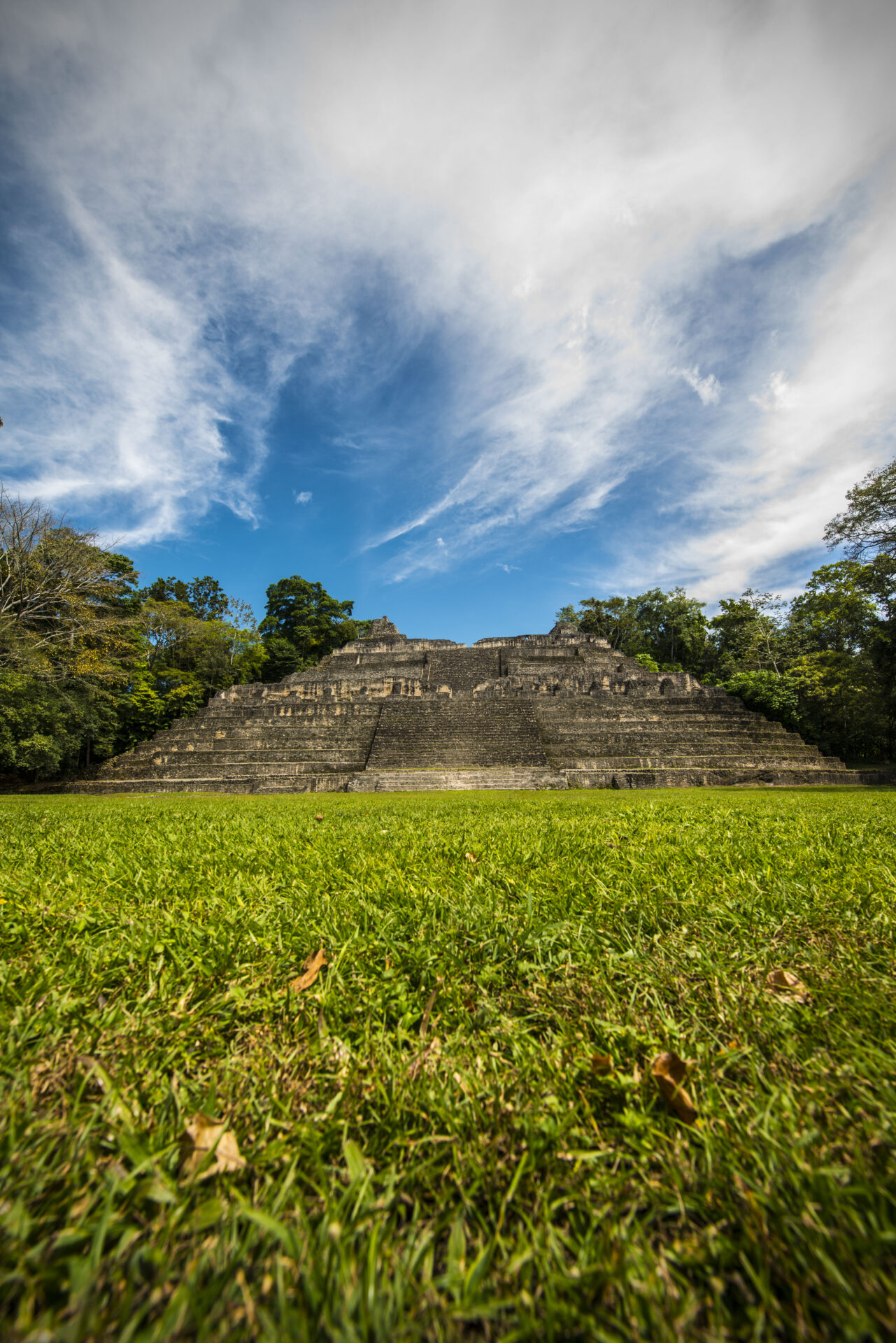 After all, an archaeologist’s job is to reimagine those stories, brick by brick. Around the world, archaeologists are still uncovering major urban centers that testify to the sophistication of early cultures. New discoveries made with lidar, an aerial remote-sensing method, have revealed hundreds of Olmec and Aztec ceremonial centers across Mexico. Within, the Caracol Maya Site in Western Belize gets special attention as the once-bustling Maya metropolis that it was by NatGeo.

Caracol: One of the best-preserved Maya sites in Belize

In 1937, a woodcutter encountered carved, standing stone monuments in the western forests of what was then British Honduras, now known as Belize. Archaeologists eventually uncovered more monuments, as well as tombs, terraces, and residences in the remote site. The woodcutter had rediscovered the city now known by the Spanish name of Caracol (meaning “snail” or “shell,” a reference to the winding road that led to the site).

Further studies revealed the city to be one of the major metropolises of the great Maya Empire that stretched from Mexico south to Nicaragua. Today, Caracol is one of the best-preserved Maya sites in Belize. 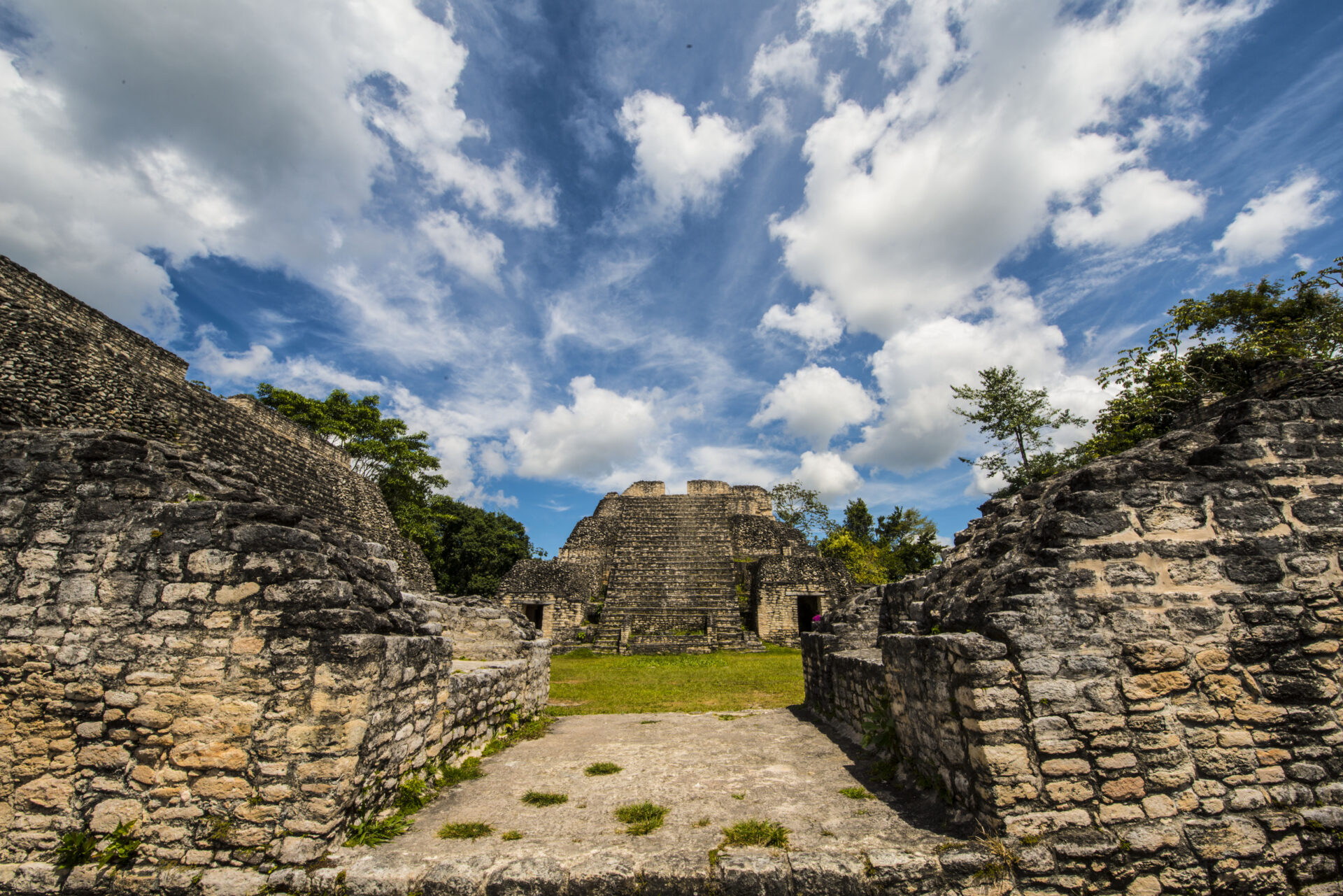 A widespread urban center more than 12 miles across, Caracol at its high point (A.D. 250 to 950) held at least 100,000 inhabitants. Most Caracoleños lived in dispersed residential groups nestled among terraced agricultural fields. The Maya elite lived in the city’s center, which held a raised royal palace and formal plaza. Like many other Maya cities, Caracol features stone ball courts, where players vied to keep a solid rubber ball in the air using only their thighs and hips as Pok-A-Tok. Pok-A-Tok is like a cross between soccer and basketball—except much, much more difficult to play.

NatGeo agrees that Caracol’s main attraction is the “Caana” or “Sky Place,” a 140-foot-tall pyramid that rises from the jungle floor and holds four palaces and three temples. The palace rooms were originally coated with white stucco and decorated with red paint. 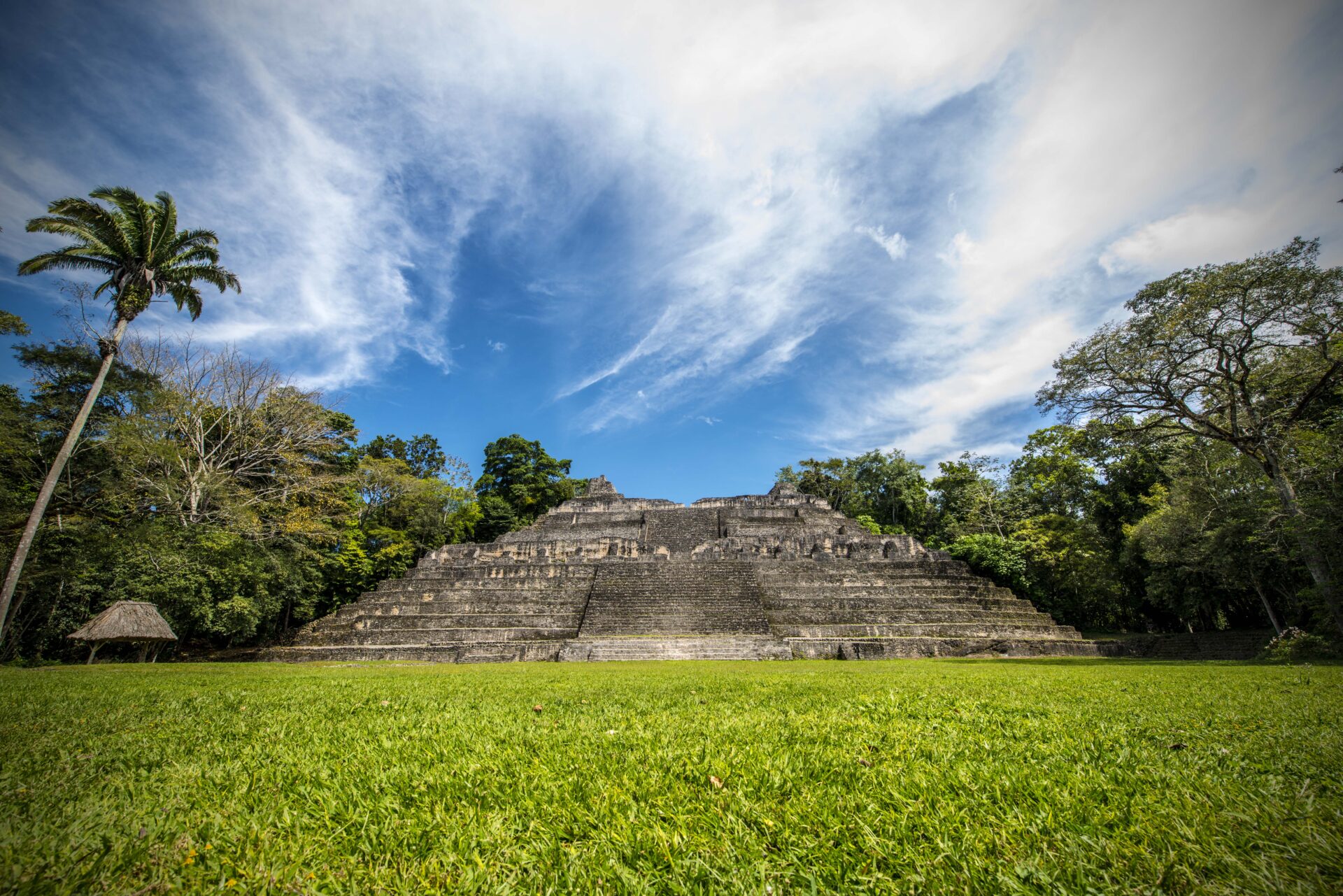 Among the most intriguing discoveries in Caracol are indications that women held high ranks in this hierarchical society. Though women are rarely pictured in the area’s monuments, they were honored with burials in elite tombs within the city. Some pictographs, showing individuals in androgynous skirted maize god costumes, have spurred debates on their gender.

Between A.D. 880s and 1000, Caracol was abandoned. Unlike other ancient cities, it did not fall to drought. Indications are that late Caracoleño society became increasingly stratified, with the elite hoarding most of the goods. At the end of the ninth century, the palace burned. Social unrest, and possibly outside attackers, may have spelled the end of Caracol’s long run as a Maya power. Historians are still uncovering conclusive evidence. 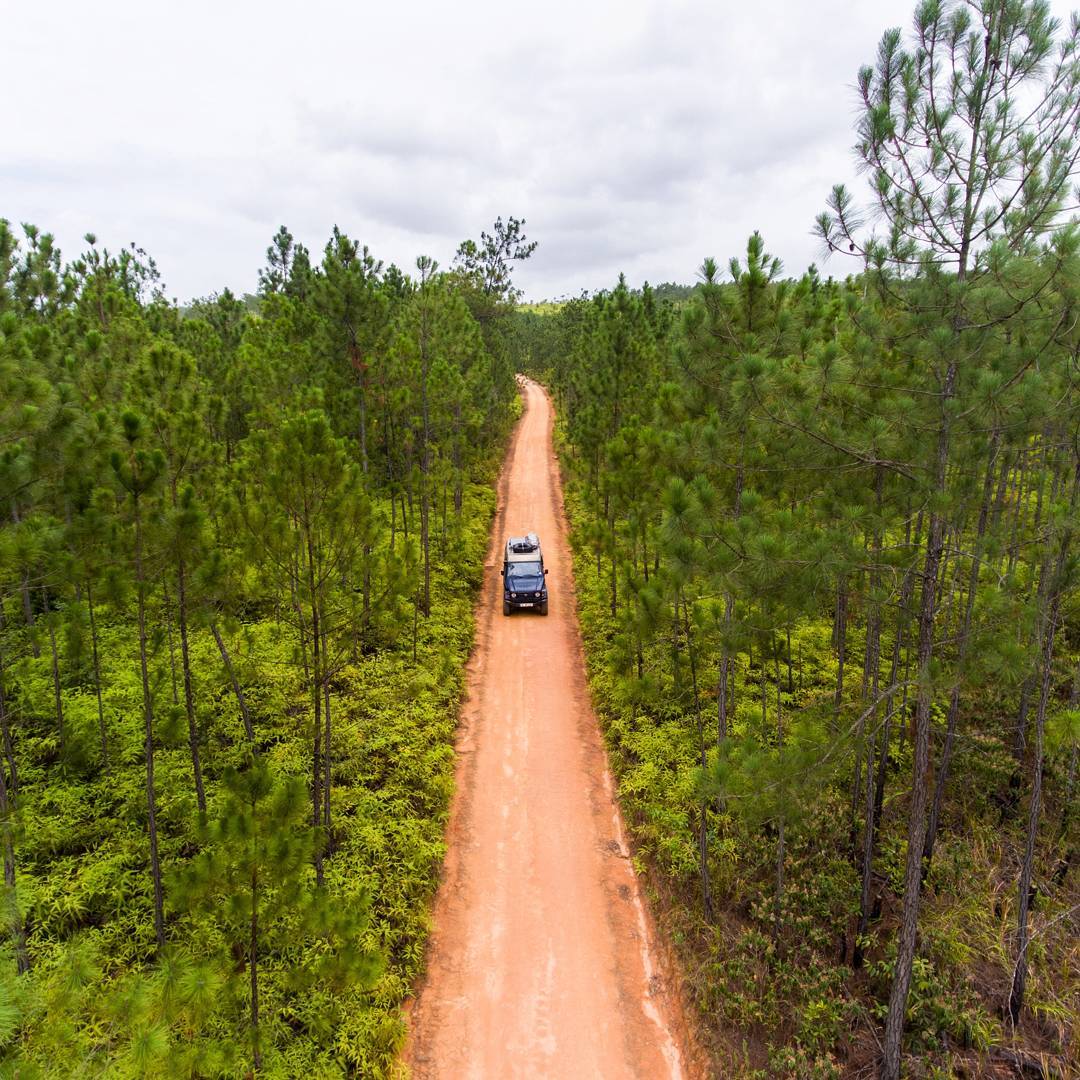 Visitors reach Caracol via a long, challenging drive on unpaved roads south from San Ignacio, Santa Elena, or Georgeville, cities along the Western Highway. A project to pave the roads leading to Caracol began in 2020 and is underway.

The reward of the journey is 25,000 acres of wonder; there are three plazas surrounding a central acropolis, two ball courts, and a number of smaller structures. At the visitor’s center near the entrance, you can see artifacts found at the site on display, as well as diagrams and photographs from decades of excavations. Booking a tour of the grounds in advance at San Ignacio or San Elena is recommended.

This Caracol article was adapted from NatGeo’s National Geographic Lost Cities of the Ancient World, which takes readers on an epic journey through ancient civilizations and their archaeological wonders. Read more by Patricia S. Daniels here. Header image shows the setting sun behind the Maya temples of Caracol in Western Belize. After nearly 1,000 years in darkness, the site was discovered in 1937 by a woodcutter. Shortly thereafter, archeological excavations uncovered Belize’s largest Maya site. Photo by Imagebroker, Alamy Stock Photo.

Best Western Belize Biltmore Plaza: Splendor In The Heart Of The City

Dive Into Belize’s Atolls: A Beacon of Biodiversity

Active Travelers Should Embark On A Belize Reef...

All The Ways To Celebrate Earth Day with...

A Stay As Impactful As It Is Beautiful...