On Friday, December 4, the newly rehabilitated Placencia Municipal Airport was inaugurated. Announced by the Ministry of Blue Economy & Civil Aviation with the Belize Airports Authority (BAA), representatives of both officially reopened the Placencia Municipal Airport (PLJ)! Among those present at the ceremony were the Minister of the Blue Economy and Civil Aviation, Hon. Andre Perez; Minister of Public Utilities and Logistics/Stann Creek West Area Representative, Hon. Rodwell Ferguson; CEO in the Ministry of the Blue Economy and Civil Aviation, Kennedy Carrillo; officials from the Ministry and representatives from the Belize Airports Authority, Placencia Village Council, and local airlines. The airport resumed much needed flights to the Placencia Peninsula as of December 1, 2020. 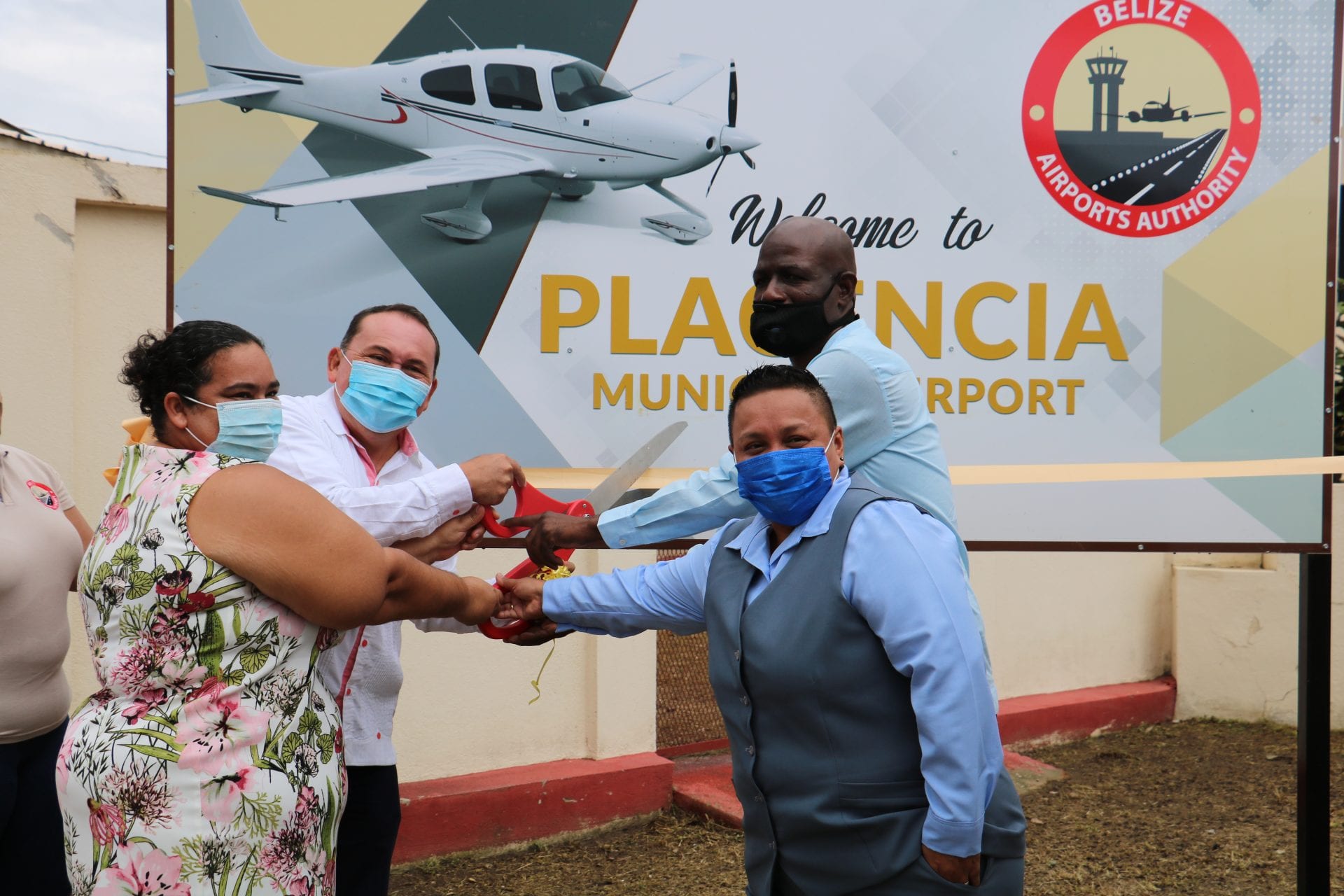 The Minister of the Blue Economy and Civil Aviation, Hon. Andre Perez, commented on the recent completion of such a memorable project.

“As an up and coming tourism hub in the Jewel, we look forward to increasing the carrying capacity and to increase the traveler experience by providing a safe and modern airport for our Placencia residents and Southern Belize, who frankly deserve this kind of infrastructure.”

The modern lighting system installed is comprised of runway edge, displaced threshold, threshold/end and taxiway lights. Crucially, this will now facilitate both later flights on a daily schedule and emergency Medivac flights to and from the Peninsula. The newly renovated aerodrome will enhance the air traffic into Placencia and by extension, Southern Belize. Not to mention, creating new economic opportunities to Belizeans nearby to these areas.

Caribbean Culture + Lifestyle joins the Ministry of Blue Economy & Civil Aviation and the BAA to congratulate the residents of Placencia and neighboring communities on this remarkable milestone in Belize! Flights to Placencia Airport resume, and are now available via domestic air carriers. Learn more about flying domestically in Belize here.

All The Ways To Fly to Belize This Winter