With such a large population, Mestizos can be found everywhere throughout Belize, but most made their homes in northern districts of Corozal and Orange Walk. Having settled in British-ruled territory, most Mestizos became bilingual, preferring to speak their native Spanish, but fluent in English as well. In fact, the Mestizo influence throughout the country is why many Belizeans, whose first language is English, can also speak Spanish. Due to the multicultural heritage of the Mestizo; Spanish, Mexican and Maya influences dominate their palette. Corn is a staple, and plays a significant role in all meals throughout the day, whether it takes the form of a tortilla, or in tamales, bollos, or tamalitos.

Traditional Mestizo foods have become favorites of all the diverse cultural groups in Belize. One of the most important dishes in the Mestizo culture, especially for Christmas, is tamales. This traditional dish is unlike the Mexican tamale, whereby the tamales are not wrapped in corn husks, but are instead wrapped in banana leaves. 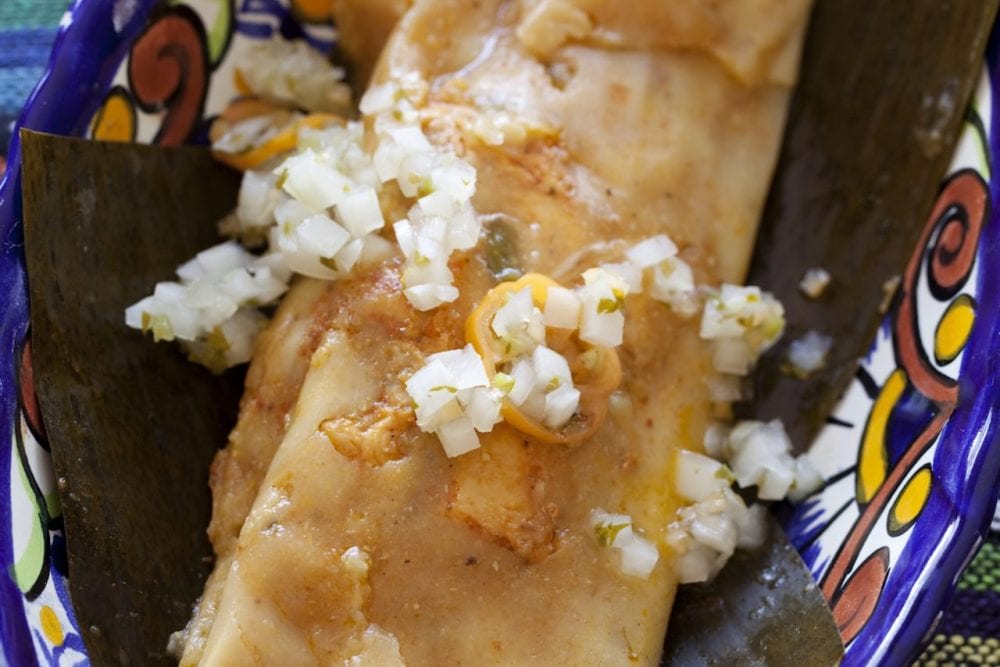 Tamales are kind of the original to-go food with the leaves making them portable snacks. While tamales are not difficult to make, preparing the filings and masa are a lengthy process. Perhaps that is why it is considered a tradition in a Hispanic household, because of the many hands required for the assembly line, it is a great excuse for family and friends to get together – which is really the crux of the holiday spirit – and the end results of the tamales can absolutely blow your taste buds away.

The recipe for tamales utilizes the use of banana/plantain leaves combined with some delectable herbs and spices. Adding chicken or pork also gives the flavors an extra boost. Below, you can find the Flavors of Belize tamales recipe to spice up your Christmas holiday dinner! 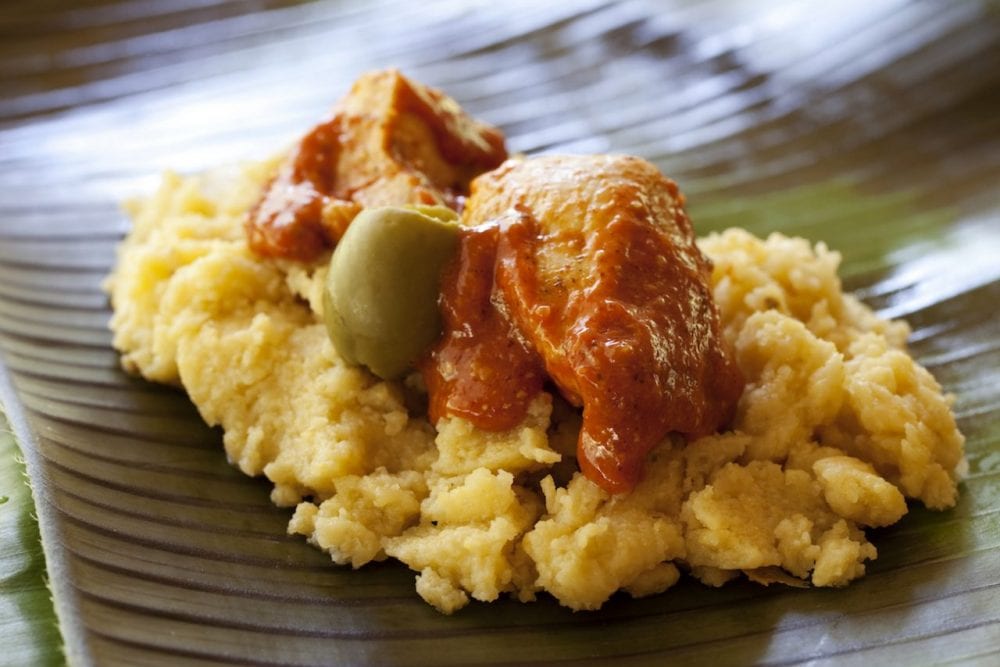 Clean both sides of banana leaves with a damp cloth. Set aside. Season chicken pieces with salt, Season All, black pepper and sugar. Heat oil in a deep saucepot. Add chicken and cook until light brown. Add 1 ½ cups water. Dilute recado in approximately 1/3 cup warm water and add to chicken. Let simmer for half an hour, then remove chicken and set aside. Strain chicken broth for col and return to saucepot, reducing to a low heat.

Mix masa, water and salt until well blended. Add the masa mixture to broth and stir until thickened. Add water if mixture is too thick. Remove from heat and set aside. Mixture should have the consistency of thick cream.

Mix masa, salt, water and vegetable oil until well blended. Mixture will be like a soft custard.

On a flat surface, place a banana leaf on a larger square of foil. Place 1/3 cup masa mixture in middle of leaf and spread into a 5-inch circle. Top with 1/3 cup col, a piece of chicken and a slice of tomato. Potatoes, olives or green peas are optional. Bring opposite sides of the banana leaf and foil together and fold down tightly. Carefully fold each side over tightly to contain the filling. Line the bottom of a large saucepot with banana leaves. Arrange the wrapped tamales on a slant to avoid water and steam for 45 minutes to 1 hour. Check periodically to make sure there is always an inch of water in the pot. Allow to stand for 10 minutes before serving.

The making of tamales is a very lengthy process. When prepared for sale, the process is usually started in the wee hours of the morning, assuring that tamales are ready for sale by mid-morning.

Foodie Travels: A Dish for Every Belize Destination

Best Belizean Delicacies for a Chilly or Rainy...

Elvi’s Kitchen Has Been Wowing Visitors for Over...

3 Classically Local Eateries in Belize To...