The Garifuna People Of Belize

Who are the Garifuna?

The mystery and history of Belize’s Garifuna people are subtle reminders of the impression a small society can make within a much larger one.

Visiting Belize is a colorful, informative and rewarding experience. For a small nation, it claims many of the most remarkable sites found in Central America. Around 900 ancient Maya ruins. The planet’s second-longest barrier reef. And a cultural mix that belies so small a landmass. Included in this diverse mix are the Garifuna people, descendants of Carib Indians and Black Africans who once lived on the island of St. Vincent.

Having survived hundreds of years of change in pursuit of a distinct ethnic identity, Garifuna’s bloodlines are diverse and exotic. Test the DNA of any member of this community and you are likely to find represented Arawak Indian, Spanish and French lineages in addition to the aforementioned Black African and Carib Indian roots. By 1750, the Garifuna were the most strongly represented people on St. Vincent.

But peace and prosperity weren’t to remain long

Repeated attempts to control and rule the Garifuna resulted in wars that were lost to more powerful nations, at which point, they were forced to live through the same nightmare their ancestors experienced. They were hunted, killed and once again at the mercy of white colonizers.

A final battle in 1795 was waged on St. Vincent, destroying the once-flourishing farming, hunting and trading community that had developed over time. There was no alternative. Those who weren’t killed were exiled to an island off the coast of Honduras that ironically took them closer to the land that they would ultimately call home.

Settling amid Caribbean coast nations like Belize (then British Honduras), Guatemala, Honduras and Nicaragua, the Garifuna were prolific amid this Central American circle of nations. Proclaiming November 19, 1802, as their official Independence Day, they were at long last no longer on the run.

The Garifuna’s impact on Belize

The Garifuna people helped to establish the Belize towns of Barranco, Georgetown, Hopkins, Livingston, Monkey River, Seine Bight, Punta Negra, and Punta Gorda Town. Given the freedom to pursue their ambitions and dreams, the people established a unique community that included practices, rituals, customs and historical roots from the past.

Furthermore, a distinct music genre grew from the establishment of a homeland as did dance and storytelling traditions heavily influenced by their African heritage. Song and dance were used to heal, relax, celebrate and showcase the past, all driven by a pulsating drumbeat that continues to be the soul of Garifuna music. 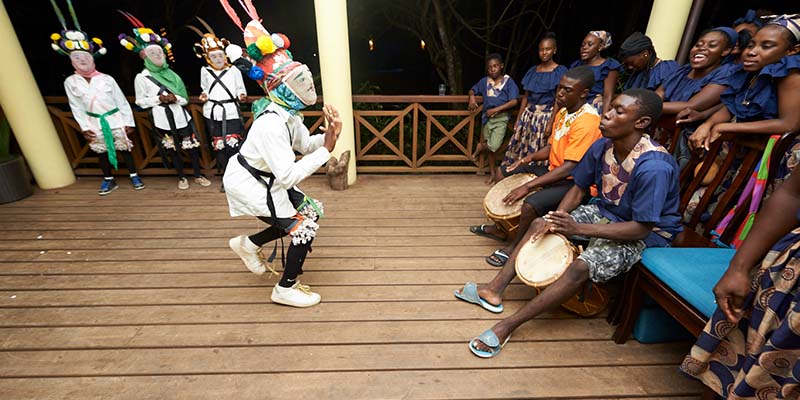 These days, around 15,000 Garinagu live in Belize, though some estimate there are half a million members throughout the world. Impacted by social change, modern influences and understanding the importance of maintaining a distinct identity, the youngest members of this ethnic population are putting their spin on Garifuna culture and bringing it into the modern world.

Future of the culture

Happily, tradition has been safeguarded overtime to make sure the Garifuna remains a distinct, vibrant and unique presence on Belize’s multi-cultural scene. Even their highly-symbolic flag is also representative of a proud heritage and organizations like the Carib International Society, now the National Garifuna Council, are keeping the ethnic flame lit.

What does the future hold? That is as hard to predict as it would be in any society clinging to its identity within a growingly diverse and modernized world. But there is a very good chance Garifuna will remain close-knit communities bound by a strong and common language, music and dance heritage, unique clothing styles, practices and rituals that are unique to these people alone.

Since belief in and respect for ancestors are at the very heart of this society, little question but that sacred practices is relying heavily on familial relationships that include departed ancestors will continue to sustain members of Garifuna society–bonds that are too strong and too deep to break. 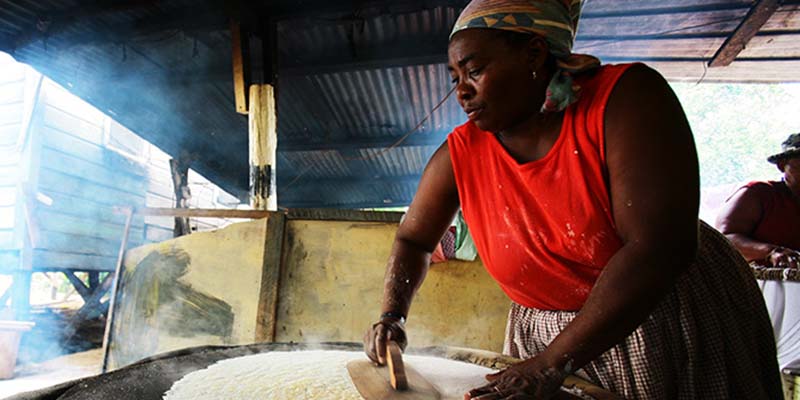 Transport Yourself to Belize’s September Celebrations with these...

Weekend vibes on Ambergris Caye ☀️ Are you rea

Belize has opened, that means you can now visit al

Craving a getaway? An outdoorsy holiday in the rem

Almost half the country of Belize is under some fo

Transport Yourself to Belize’s September Celebrations with...