Cave Tubing and the Inland Blue Hole Experience in Belize

Cave tubing through Belize’s limestone cave systems and visiting St. Herman’s Blue Hole National Park are two of the most common activities for tourists in Belize. Both these activities can be done in one day and are very popular with cruise ship passengers that have time restrictions. If you haven’t experienced any of these destinations before and are planning to visit, here is some information about them:

Centuries ago the ancient Mayas believed that these shimmering limestone caves were the entrance to their underworld of Xibalba – the place of fear and the gods of death. Due to the story behind these abandoned caves, people were afraid to explore them, but I can assure you that there’s nothing to be afraid of and the underworld of Xibalba has not been seen as yet.

This is an amazing experience; and one of the best ways for you to really see the beauty of Belize. You and the group that you’re with get your own tube to float in down the stream; this tour normally lasts for about an hour and it’s such a relaxing experience where you can just lay back and soak in the sun. Inside the cave is pretty dark and your guides will be there to direct you. You’ll notice small waterfalls and many limestone structures made from the stalactites and stalagmites. 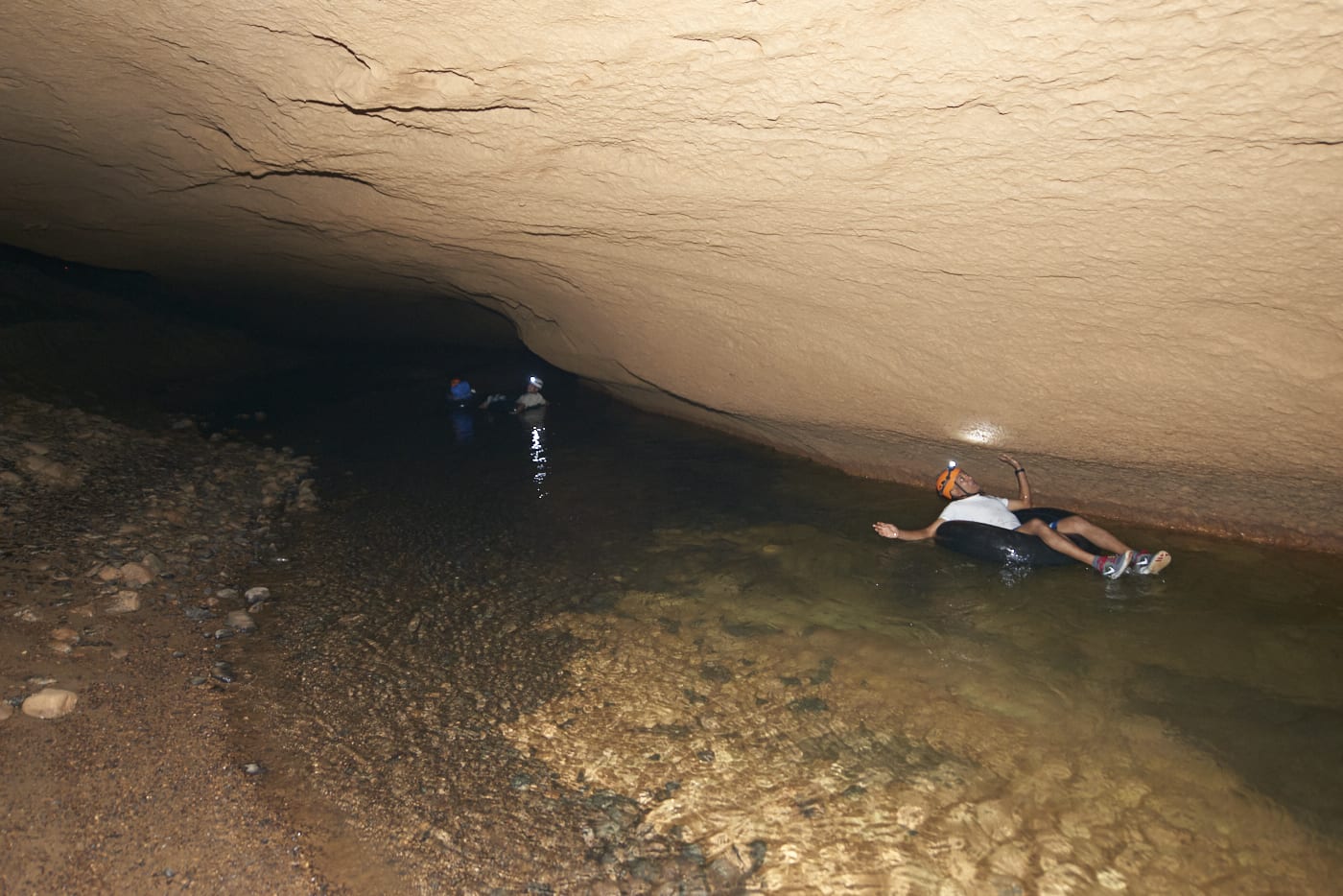 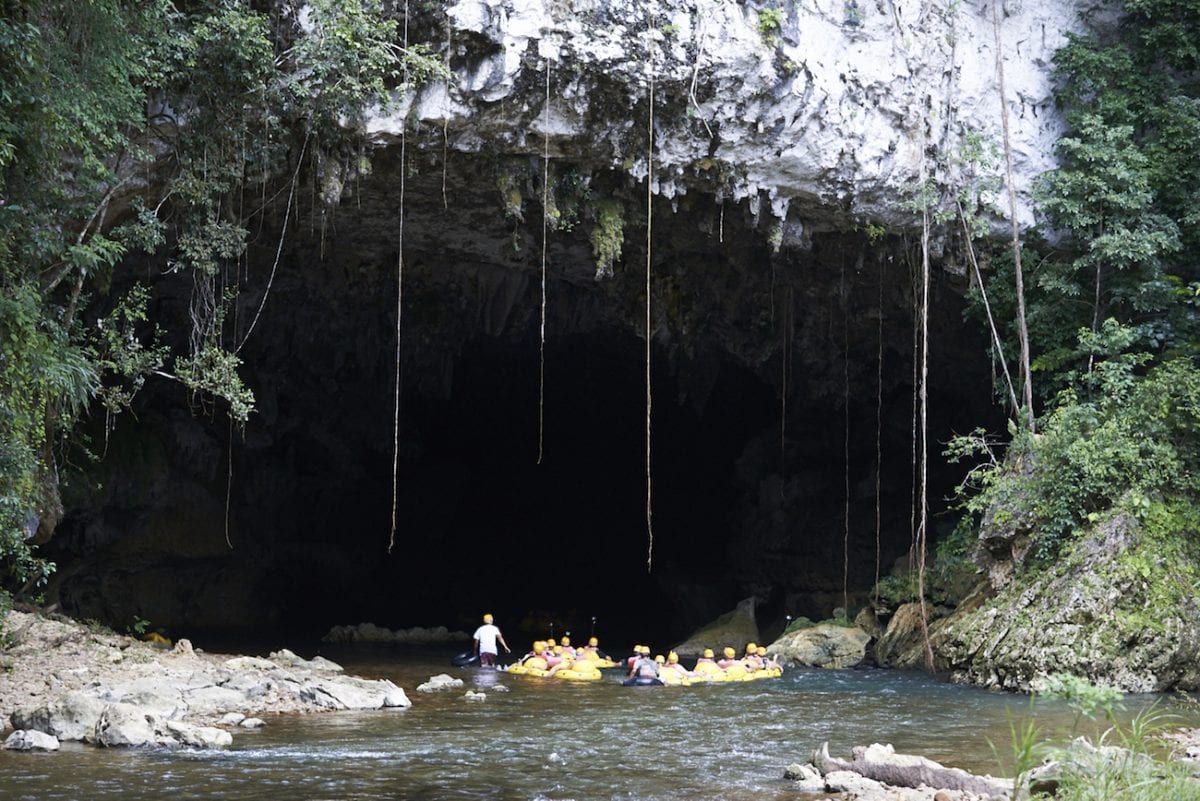 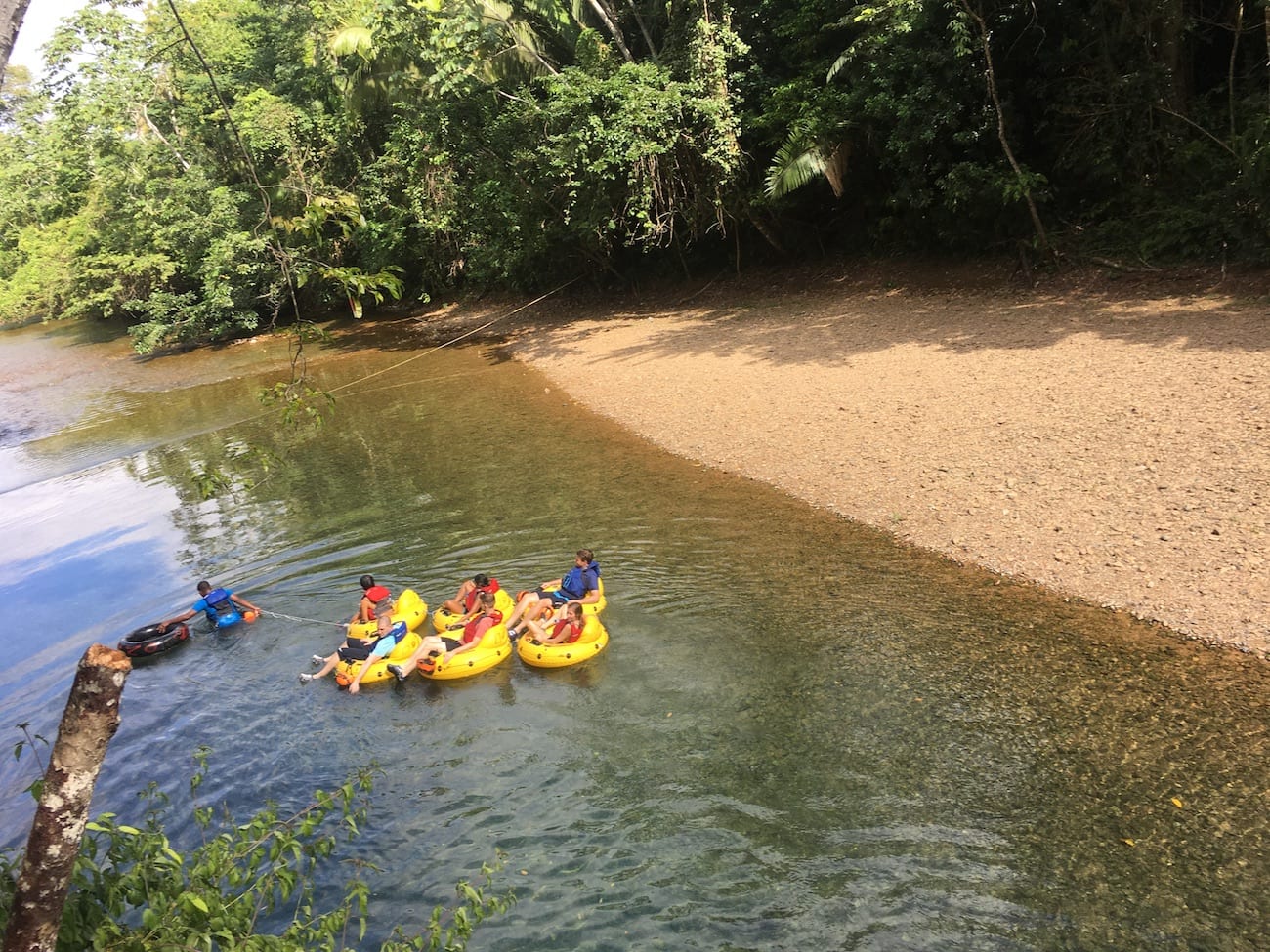 The Best Time for Cave Tubing

Cave tubing can be done any time of the year but it would be better for you to do it between January and July before the rainy season kicks into full effect, because once it’s raining there’s no telling if the rivers will get flooded or not. You can call Jaguar Adventure Tours to ask about this tour and get more information about it.

This tour takes you to the most interesting inland attraction, which is located on the Hummingbird Highway just 12 miles (20 km) southeast of Belmopan. St. Herman’s Blue Hole National Park covers over 500 acres of a rich tropical rainforest. This park is managed by the Belize Audubon Society, which is home to over 200 bird species and a variety of wildlife, including the howler monkeys, that you can regularly hear throughout the forest.

There are caves hidden in the dense undergrowth and a nice refreshing blue sinkhole for you to take a dip in. 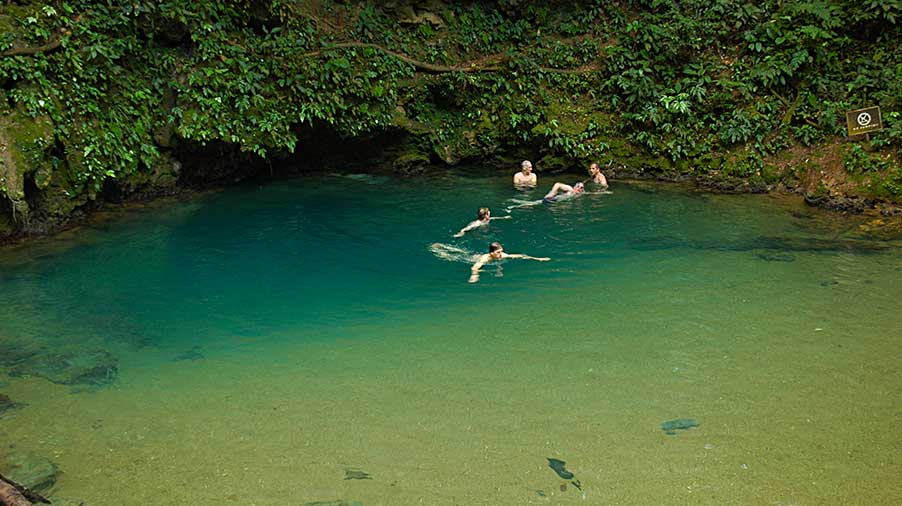 Not only is it famous for St. Herman’s Cave that was once used for Mayan ceremonies and rituals, but it is also known for the small inland “blue hole”. If you don’t get the chance to visit the large blue hole out in the sea, then you can visit this smaller version of it. It’s completely safe to swim in, and who’s to say you didn’t swim inside a Blue Hole in Belize?

Top 3 Most Private Destinations in Belize