Toronto Life ”Why can’t the rest of the world be more like Belize?“

Two years ago, my husband and I took our kids to Belize over March break. Located south of Mexico, on the northeastern coast of Central America, Belize is home to the largest barrier reef system in the northern hemisphere. It was my first time snorkelling, and the experience was mind-blowing: we swam among sharks and eels and stingrays and fish of every imaginable colour. And while many ocean reefs are dying from overfishing, offshore drilling and climate change, Belize’s reefs are doing okay. 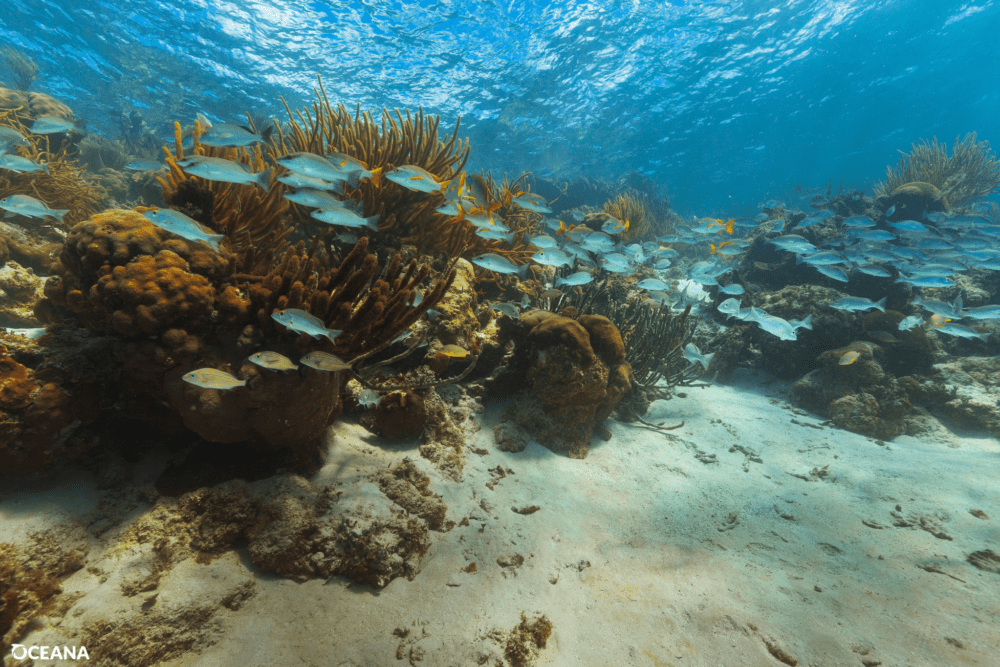 That wasn’t always the case. Until recently, Belize’s magical underwater ecosystem was headed for doom, too. But Belize decided to save its coral. Through a series of bold political moves, it changed the course of history. Most significantly, it became the first country in the world to put a moratorium on offshore drilling, it passed laws to restrict fishing and created new taxes to fund conservation. And it worked. In 2018, the United Nations removed the reef from its list of endangered world heritage sites­—a small triumph for our beleaguered planet. This year, the country went one step further and banned all single-use plastic.

5 Must Eat Foods in Belize

What to Do in Hopkins, Belize

The Regenerative Resort You Didn’t Know You Needed:...

This Secret Cave with ancient Maya artifacts is...

Looking for the perfect gifts from Belize for your

Lighthouse Reef is one of Conde Nast Traveler's mo