Creole artisans are known for a rich tradition of arts and crafts like basket works, straw platting (used in wicker furniture and baskets), earthenware pots and jars, as well as carving.  Basketry was brought to this part of the world by the Africans, and the skill of Basketry is still practiced by many indigenous people of the Americas.  In Belize, there are two types of weaving, the style practiced by the Garinagu, and those woven by the Creole and the Ke’tchi.  Palmetto leaves are also commonly used in rural areas to make baskets hats and other useful items. 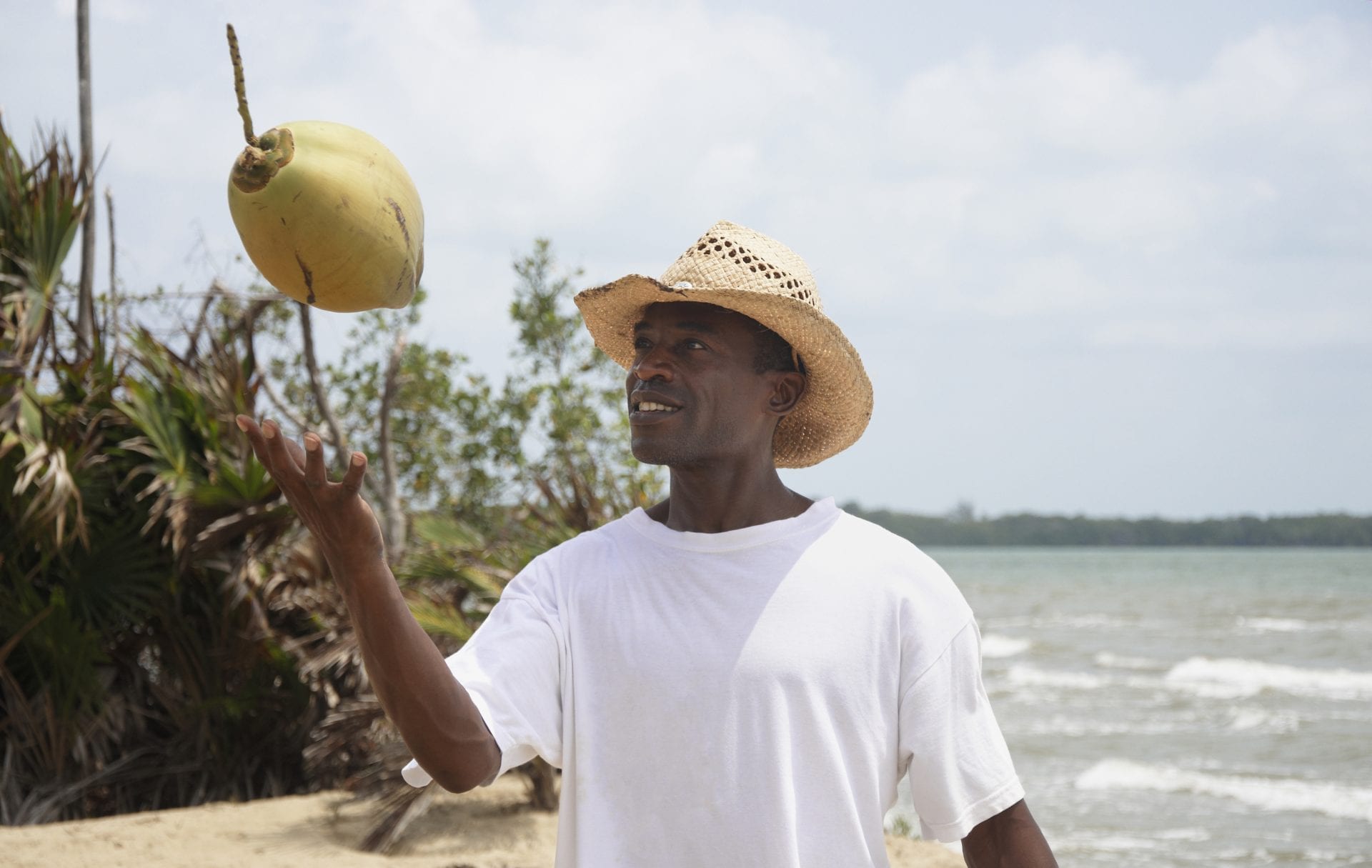 The Creoles and the Garinagu use straw and other suitable materials to make bowls as well as baskets, hats, and mats.  This skill is distinctively West African in origin. Here, it is worth mentioning the PATAKI.  The Pataki is a watertight, rectangular travel and storage basket that survived the slave era and is a prime example of Creole craftsmanship.

Today, not only the creoles but all the ethnic groups use creole utensils, especially those used in the preparation of fufu from cassava and yams, such as the mortar (mata) and pestle.  The mortar and pestle are used for crushing cohune nuts for making oil.  They are also used for pounding plantain, peppers, spices and cleaning rice.  A very popular and widely used utensil is the calabash bowl, used for eating scooping up water, storing grains, keeping tortillas.  This gourd is first dried and the inside removed, Surprisingly, the inside is used in making cough syrup.

African slaves possessed the skill of sculpturing works of art from a variety of materials, especially wood.  You can see evidence of this all over Belize int the beautiful carvings of birds, boats, fish and other items using the beautiful zericote wood.

The Dory is a dugout boat with a bow and stern.  Its name comes from the African word duri.  It differs from the traditional boat of the native Indians which is just a hollowed-out log with no bow or stern. The Creoles used them for fishing, transportation, and travel along the rivers since there was no other means of transportation until the 20th century.  They used the large trunks of the Mayflower and Red Cedar trees.  Other uses of wood were for fish traps, fly brushes made of cohune fronds, and the poke-and-dough boy stick used to handle food on firewood properly, in order not to get burned.

In many rural areas, you will still see that thatch houses are still in use.  These houses are made from the cabbage palm.  The base is made of wild cane or pimento (palmetto), and more recently, of lumber. The roof is made of cohune leaves or Moho bark.  Clay is used to plaster the house and make a solid raised floor.  Most of the ethnic groups in Belize use these materials.

The beauty of Belize is the overlapping of cultures, that has almost become seamless. There is no doubt that Creole culture is now part and parcel of what Belize signifies.