Here is a heartwarming true story, just right for Christmas.  Belize is a small place where word quickly gets around.  Sometimes, though, some very special things are going on and we hear nothing about them.  I am privileged to have been made aware of one such well-kept secret:  a 14-year-old, Belizean boy named Daeyan Arda who, despite being blind, plays the piano while reading the music in Braille. 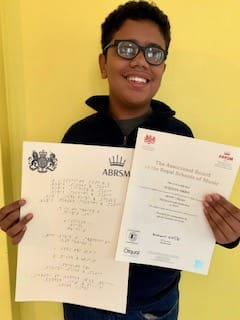 Where Does He Study?

For four years now, Daeyan has been at the Belize School of Music founded by Miss Gina Scott, Musicologist (specialist in the study and research of how various forms of music evolved) and teacher. The year 2020 will mark the thirtieth year since it began to groom and train young Belizean musicians.  I say musicians because it isn’t just an instrument they learn to play, but also through Listening, Dancing, Ceremonies, and Singing, attain an understanding of the process and discipline that goes into being a pianist.

I hesitate to use the word talent, since it has come to be used very loosely, and implies an element of magic.  Instead, a student brings an ability, an inclination to play, and the teacher is there to meet the students at their level and help them to develop their craft as individuals, armed with the realization that excellence can only be achieved through consistent hard work. In other words, to understand the process.

How Did He Begin?

I chatted with Daeyan and he was very natural and easy to talk to.  In the company of his mother and teacher, he revealed that at the age of two he began to play. He gave me to understand that the music tickled him, in a sense and he could connect with the music emotionally.  His parents listened to classical music, so at two, he could play Vivaldi. He told me he particularly loved the Minuet and worked on it until he mastered the piece.  Of course, at first, there was no technique or fingering to speak of, and his parents were not able to find a piano teacher willing to take him on. Miss Gina saw his potential and accepted the challenge.

For the first month he studied, back in 2015, Daeyan listened to the teacher and other students taking lessons, but, was reluctant to play.  Miss Gina recruited her own son Rajiv to work with him individually and this brought about his breakthrough.  Since then he’s been making constant progress, even participating in the annual recitals and getting his grade 1 certificate from the Royal School of Music. 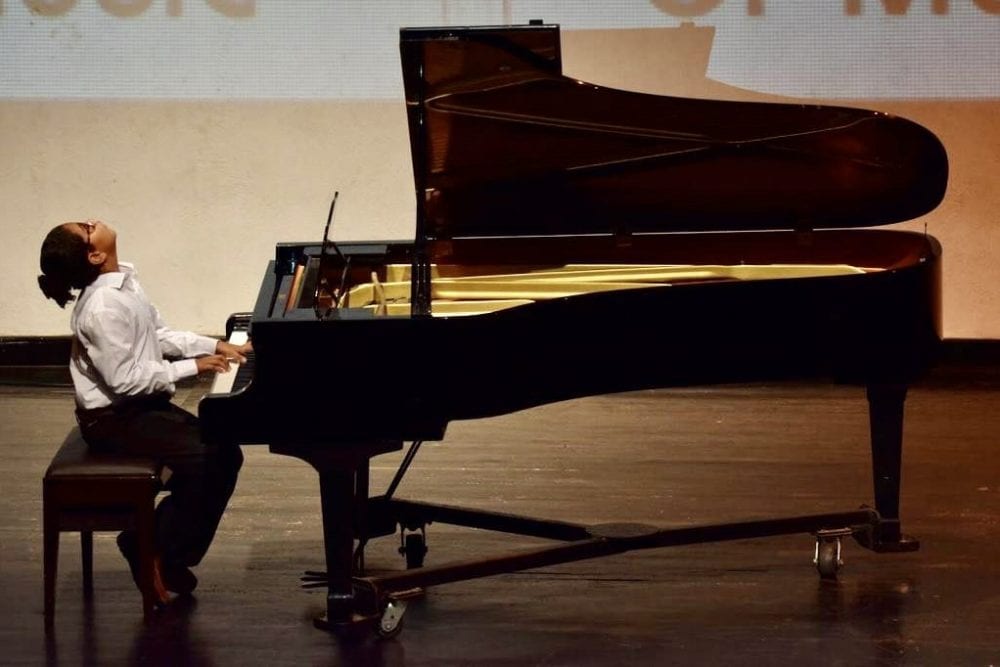 Ever resourceful, Miss Gina contacted a special teacher, himself blind, who worked with Daeyan. He laid the groundwork and continues to learn through an on-line program.  He now holds his certificate in Braille.  Studies and then commits the piece to memory.  I asked him what he saw in his future and he simply said he would continue to learn forever.

I hope to visit him again in the future to check on his progress and to witness again his infectious enthusiasm.