As Latin American nations test experimental coronavirus vaccines from across the globe and economic heavyweights such as Brazil and Mexico jockey for supply deals with major drug makers, Cuba already has two of its own vaccines in clinical trials. Should its efforts succeed, the Caribbean island could become an important supplier to neighboring countries that might otherwise struggle to access vaccine supply as wealthy Western nations rush to secure doses, regional experts said.

“Cuba’s contribution with its vaccine could be very important for certain vulnerable groups in our region” such as the elderly, or remote indigenous communities, Jose Moya, the representative in Cuba for the Pan American Health Organization (PAHO), told Reuters.

If a Cuban vaccine proves safe and effective, it would become available for purchase in the region through PAHO, the Americas regional office of the World Health Organization (WHO), Moya said. Cuba’s vaccine progress is being tracked by COVAX – a program co-led by the WHO and the Coalition for Epidemic Preparedness Innovation (CEPI) to ensure global distribution of vaccines. Cuba’s two vaccine candidates – known as Sovereign 1 and Sovereign 2 – are not among the nine COVAX has chosen for its portfolio to date, a CEPI spokesman said.

The Hope of a COVID-19 Vaccine in Cuba

Vaccines are seen as crucial to ending a pandemic that has claimed more than 1.2 million lives and battered the world’s economy. There were 47 coronavirus vaccines in WHO-approved clinical trials as of Nov. 3, a handful in most advanced testing. Cuba has long exported vaccines to the developing world, including shots against meningitis and hepatitis B, although data on recent sales is not public. Late revolutionary leader Fidel Castro backed a home-grown biotech sector in the 1980s, partly so Cuba could become more self-sufficient in the face of a U.S. trade embargo. It has since become a major part of the economy. Cuba’s vaccine program has drawn interest from ally Venezuela, whose president, Nicolas Maduro, said in August that the ALBA bloc of eight Latin American and Caribbean countries backed it.

Other Latin American nations are prioritizing deals with major drugmakers and considering vaccines also in advanced testing from China and Russia. Mexico’s foreign ministry told Reuters in August it planned to approach Cuba about its vaccine. As of last month, the ministry said those talks had not advanced. The Addis Ababa-based Africa CDC said Cuba has a good scientific reputation and signaled potential interest once data on its vaccines become available. Cuba will favor exports to countries with which it has existing healthcare agreements, after ensuring it has enough for its own needs, a health official told the journal MEDICC Review.

“We are making a big effort to be able to start vaccinating all the Cuban population in the first half of next year,” said Vicente Vérez, director of the Finlay Institute, Cuba’s foremost vaccine research center, during a visit by President Miguel Diaz-Canel last month.

A Vaccine Know How 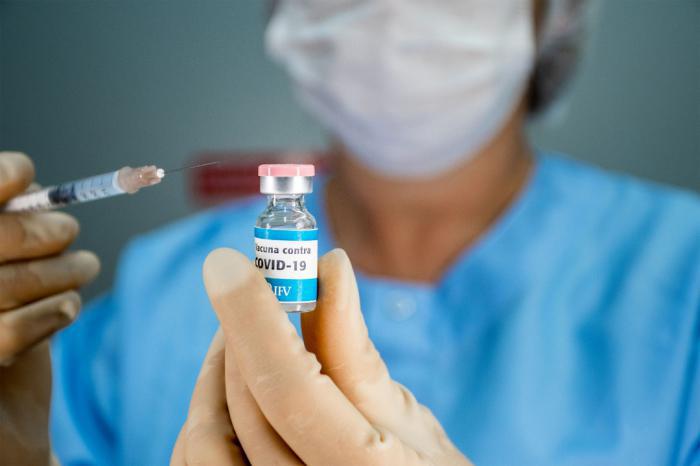 Scientists are hailed as heroes in Cuba, a prestige that helps limit brain drain despite low salaries and difficult conditions, as Cuban researchers contend with U.S. sanctions that hamper international collaboration and the purchase of supplies. State-run media have run lengthy profiles of researchers working at Finlay, one of 20 research centers and 32 companies employing some 20,000 people that make up the state-run BioCubaFarma corporation. Cuba produces 8 of the 12 vaccines in its national immunization program and has exported hundreds of millions of vaccines to more than 40 countries, according to BioCubaFarma President Eduardo Martinez.

Finlay’s Sovereign 1 and Sovereign 2 vaccines are being tested in hundreds and scores of people, respectively. Officials have not said when they expect to start pivotal trials involving thousands of volunteers. Both vaccines target a part of the spike protein of the novel coronavirus called the receptor binding domain, which helps the virus stick to cells. Sovereign 1 has generated antibodies blocking infection in rats and rabbits, and has so far proven safe in midstage human trials. Cuba said last week it expects to have two more experimental COVID-19 vaccines in clinical trials by year end, including one administered through the nose to immunize mucous membranes – a key entry point for the virus. A diversified portfolio would help Cuba match the best type of vaccine to the appropriate population groups, BioCubaFarma’s Martinez said.

Cuba’s ambitions may be challenged when researchers are ready to launch late-stage trials. Vaccines are more easily tested in places with rampant COVID-19 virus spread, but Cuba’s transmission rate is very low, with just about 500 confirmed active cases. Political tensions with neighbors like Brazil may make it harder for Cuban researchers to find trial sites abroad. Foreign ministry officials in Argentina and Mexico, which are hosting late-stage trials for several vaccines, said they were not aware of talks with Cuba. Cash-strapped Cuba may also struggle to buy raw materials for large-scale vaccine production.

It could rely on other countries to handle manufacturing, said Jose Luis Di Fabio, a former PAHO vaccine coordinator and Cuba representative. “By using prior expertise,” said Maria Bottazzi. Bottazi, co-leader of a vaccine development team at Houston’s Baylor College of Medicine shares, “the Cubans have created two vaccines that sound technologically quite promising.”