Announced August 20th, Cuba has officially joined the race to get the first COVID-19 vaccine to market. The Cuban business management organization BioCubaFarma reported the granting of permission to start clinical trials in the country of a Cuban vaccine candidate against COVID-19, which is claimed is capable of inducing a powerful immune response to the infection of the SARS-COV-2 virus.

On July 28, the Cuban vaccine candidate, called FINLAY-FR-1, was tested for the first time in humans, on three of its researchers, who in an initial evaluation also showed a high immune response. It has already been tested successfully on animals. The note explains that such a license and the support of various institutions of the Ministry of Public Health:

“The phase I-II clinical trial, called Sovereign, will begin, which will be followed by other clinical studies before considering the vaccine ready for application.” 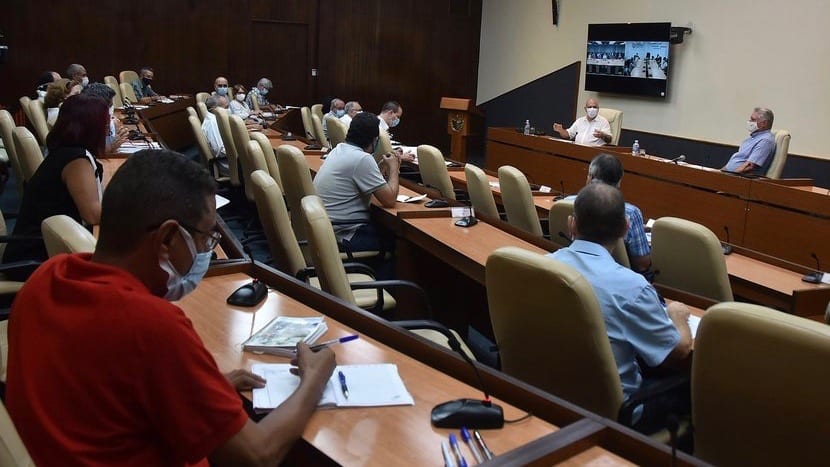 In a meeting with president Miguel Diaz-Canel, Cuba announces their vaccine will be going to clinical trial. Photo: Estudios Revolución

It is further revealed that an industrial manufacturing strategy is being developed; with the capacity to “manufacture the millions of doses needed to protect our population upon successful completion” of the examinations. From the information from BioCubaFarma, it transpires that the vaccine candidate is number 30; the candidate is first in Latin America and the Caribbean to receive authorization for clinical trials. That is, among the more than 200 that are being carried out in the world.

Carlos Juan Finlay  (December 3, 1833 – August 20, 1915), in whose honor the vaccine is named was a Cuban epidemiologist recognized as a pioneer in the research of yellow fever, determining that it was transmitted through mosquitoes Aedes aegypti. Additionally, he was the son of an immigrant from Scotland, but has no connection to the popular 1960’s BBC medical drama Dr. Finlay’s Casebook, which was set in Scotland in the 1920’s.