Eta is moving onshore along the northeastern coast of Nicaragua as an “extremely dangerous” Category 4 hurricane. The 28th named Atlantic storm this season tripled in strength in about 24 hours, rapidly intensifying from a 40 mph storm Sunday morning to a 120 mph hurricane around midday Monday. Meanwhile, it holds steady as a Category 4 “major hurricane” as it batters Nicaragua’s Caribbean coast. Storm Eta is forecast to spend the week meandering over Central America dumping rain measured in feet, not inches. Weakening will begin after the center moves inland later today. Hurricane-force winds extend outward up to 25 miles from the center and tropical-storm-force winds extend outward up to 125 miles.

Eta “could restrengthen in the Caribbean as a Tropical Depression” 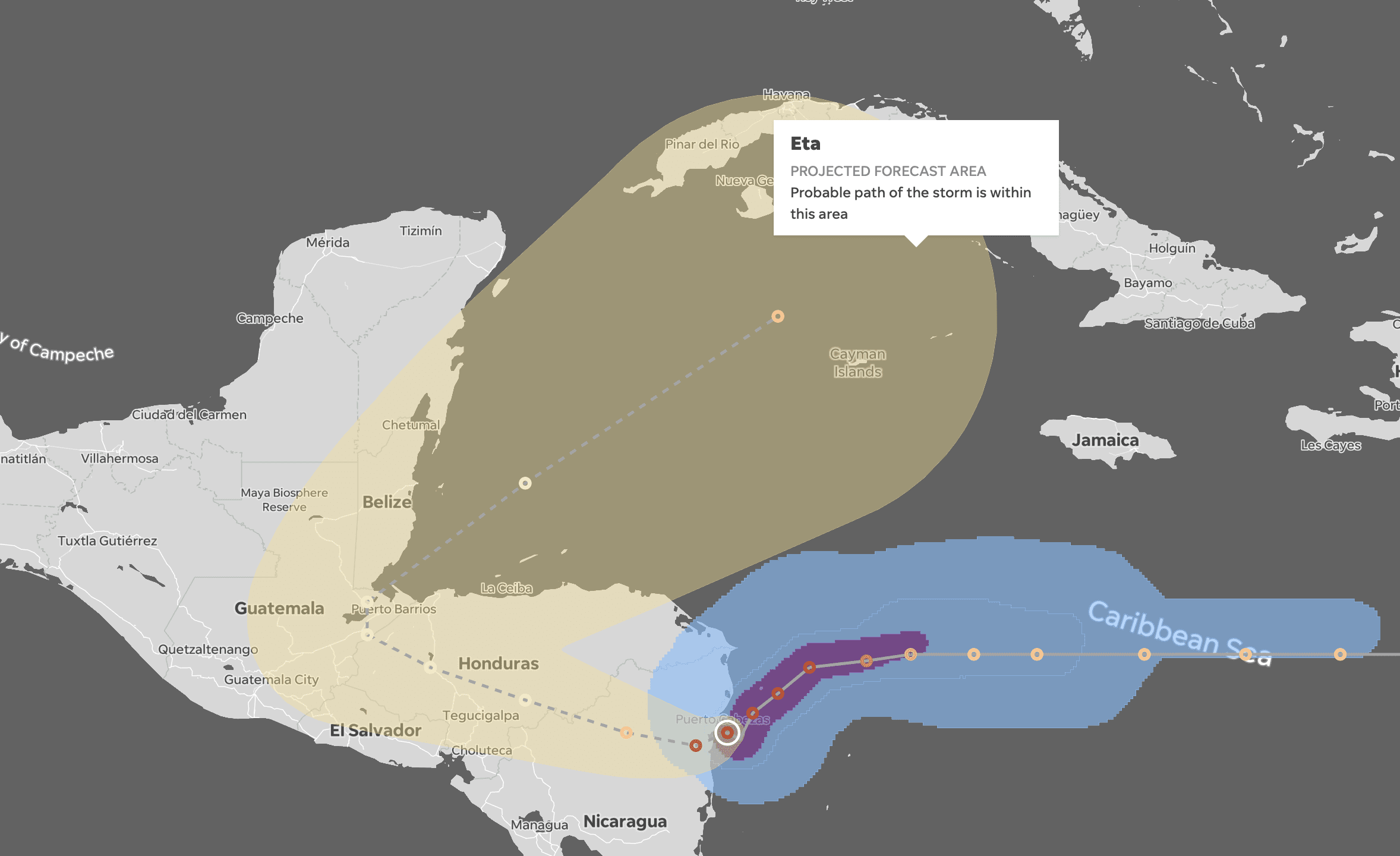 Hurricane Eta has the potential to be one of the worst flooding events Nicaragua has seen since Mitch in 1998, which killed more than 10,000 people. The storm is expected to deliver “catastrophic wind damage” wherever the eye-wall smacks land, the NHC said. Torrential rain, and resulting flooding and landslides, are expected to be among the main threats. The wind and storm surge threat should diminish into Wednesday, but the rain will last well into the week.
Rain forecasts through Friday evening, according to the NHC:
“This rainfall will lead to catastrophic, life-threatening flash flooding and river flooding, along with landslides in areas of higher terrain of Central America,” the NHC said. The current forecast has the storm meandering the mountains of Nicaragua and Honduras before heading north toward Belize as a depression by Friday. Thereafter, the track and intensity of the storm remains uncertain following Friday. As the 28th named storm in the Atlantic this season, it ties the record for the number of named storms in a single season set back in 2005.
Source: National Hurricane Center (NHC). Header photo via NHC

The Top Resorts for a Spa Break in Belize

Should You Cancel Your Belize Trip Because...