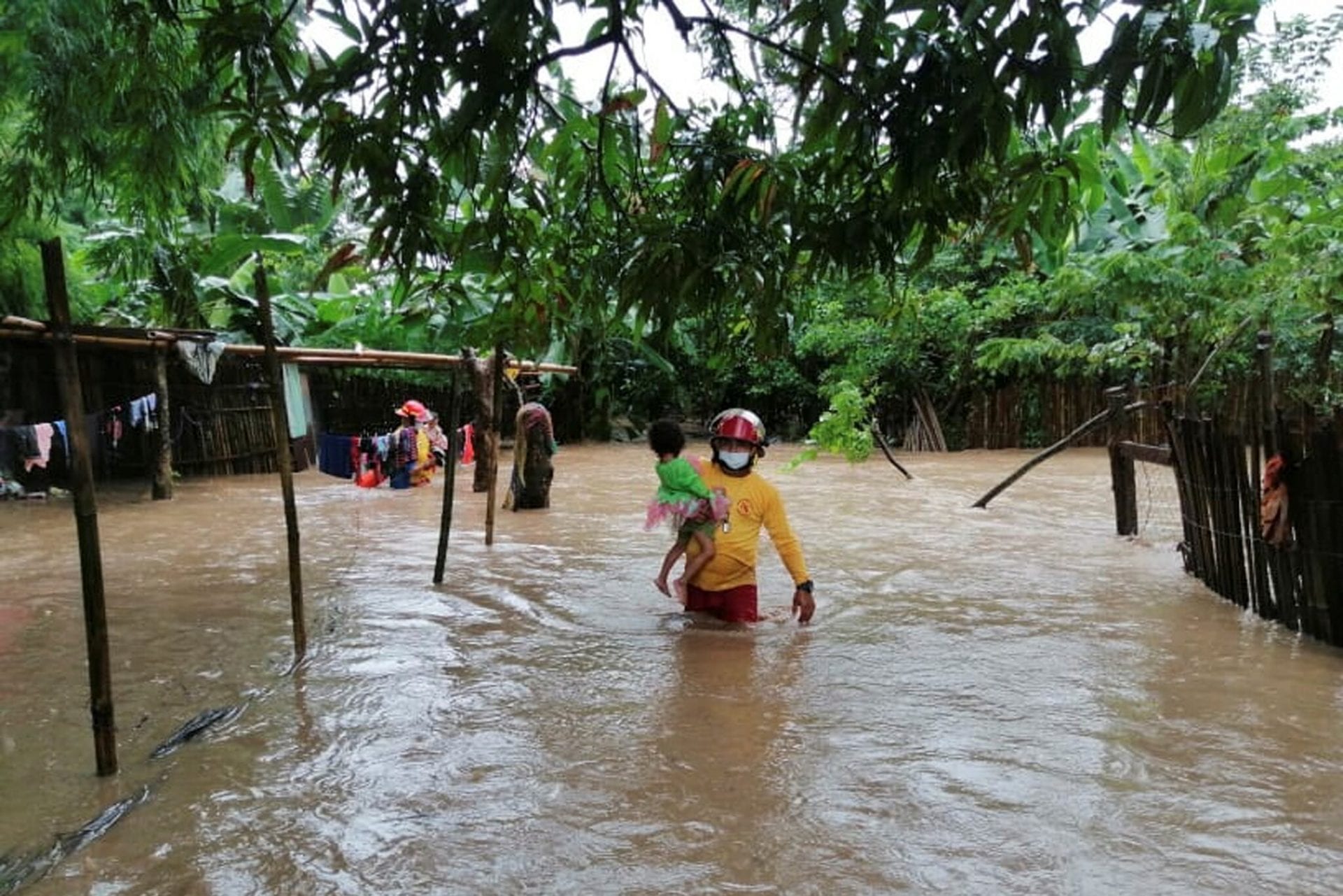 Rescue efforts were underway in Tela, Honduras, on Monday as the country prepares for Hurricane Eta to make landfall as a powerful Category 4 storm. EPA via Shutterstock

Hurricane Eta has rapidly intensified into a Category 4 hurricane as it heads toward a potentially catastrophic landfall in Nicaragua Tuesday. As of the National Hurricane Center’s 4 p.m. EST advisory Monday, Eta had maximum sustained winds of 130 mph, a Category 4 hurricane on the Saffir-Simpson hurricane wind scale. However, some additional strengthening is possible before landfall. Hurricane Eta is forecast to bring a catastrophic storm surge and destructive winds to the northeast Nicaraguan coast near the storm’s eyewall Tuesday. Additionally, Eta’s slow movement through the rest of the week is likely to bring catastrophic flash flooding and mudslides from heavy rain well inland over Central America. Some forecasters are drawing parallels to Hurricane Mitch which was also a slow-mover and hit this same area in 1998. Mitch remains the second deadliest Atlantic hurricane ever: 11,000 people died in Honduras and Nicaragua from flooding and landslides.

Eta became only the fourth November hurricane to reach Category 4 intensity in historical records dating to 1851, according to Colorado State University tropical scientist Phil Klotzbach. Paloma in 2008 was the last hurricane to do so.

At 1:00 pm on November 2, Belize issued Advisory #2 for now Hurricane Eta. Within, the National Meteorological Services of Belize and the National Emergency Management Organization (NEMO) issues a Flood Watch in effect for the Cayo, Belize, Stann Creek and Toledo districts. Southern Belize must brace for and be prepared to respond to severe flooding. Additionally, NEMO warns those living along rivers and creeks to move to higher grounds; move away from streams and from riversides. Tropical cyclone watches or warnings are not required for Belize since landfall will be well south of Belize over Nicaragua.

Additionally, Eastern Guatemala and Southern Belize may see between 10 to 20 inches through Thursday, thanks to Hurricane Eta. In the Caribbean, 5 to 10 inches of rain, with a potential for 15 inches, will fall across parts of Jamaica, the Cayman Islands, and southern Haiti over the same period of time.

More Belize Hotels Reopen This Week in the Caribbean

Royal Caribbean & Norwegian cruises canceled through the end of 2020