Littoral forests are composed of tough woody plants that do not have the height or diversity of inland forests.  They are dependent upon soil type and elevation above the sea. A reduction of as little as a foot or two may result in a total shift from littoral forest to mangrove habitat. Often, cayes and coasts having sufficient elevation to feature these forests will be crossed by dips or low spots occupied by mangroves. Here, soil conditions permit only low herbaceous or shrubby vegetation to grow.  Plants are less than six feet in height and densely packed.  The growth of vegetation depends largely on wind and movement of water bringing seeds to the habitat. 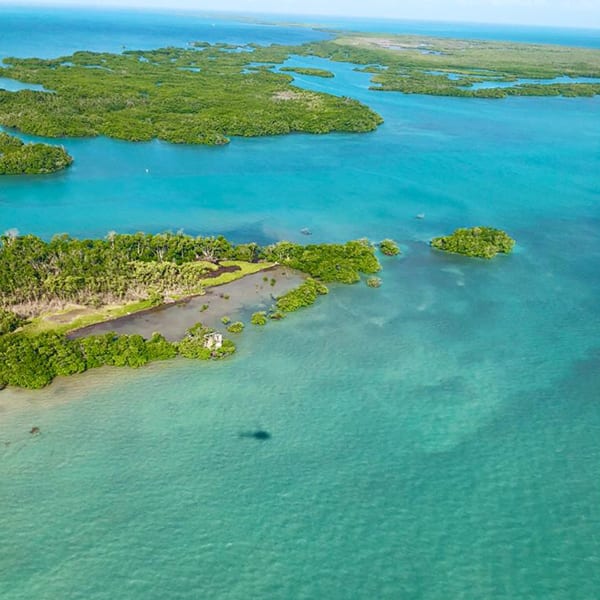 Where are they Found?

Coastal Littoral forest is found on high ground along the coast.  In Belize, it is seen in small pockets between Shipstern Lagoon and the Pott’s Creek are the Placencia peninsula, areas near Monkey River, some patches near Port Honduras, south of the Moho River, and south of Barranco.  The largest areas of littoral forest are found on the higher elevations of the developed islands of Caye Caulker and Ambergris.

The major importance of littoral forests is the protection of soil during overwash events, such as hurricane surges.  Because of the forest’s dense carpet of vegetation abutting fringing mangrove, on the windward side of cayes, water is slowed in its progress across islands during weather events, thereby reducing soil loss. Erosion from wind is also by the density of thickets.

Of course, we cannot ignore the vital factor of supporting flora and fauna. These ecosystems are home to insects, lizards, frogs, and of course, birds. The food chain is sustained by seagrape, gumbo limbo, and some delicate shrubs, which include seaside daisy, lavender, and bean.

Here is one more example of the diversity and wisdom of nature which provides nourishment and protection for all the wonders that can be found in Belize.

Diving The Great Blue Hole: What Lies Below In Belize