Belize: A Sanctuary for Manatees

Manatees are some of the most unusual and interesting marine mammals in the world.  There are 800 to 1000 individuals that call Belize home, with its coastline highly conducive to manatee life.  These playful and gentle giants, often described as “Sea Cows,” live in shallow and warm waters. They have a very slow metabolism, so they spend half their day resting and the slowly swimming in search of food.  The best areas to spot them would be: Northern Lagoon, located inside of the Corozal Bay Wildlife Sanctuary; Swallow Caye Wildlife Sanctuary located 7 miles from Belize City; and Galespoint Manatee Wildlife Sanctuary, located in the Southern Lagoon just offshore from the southern part of the Belize District. 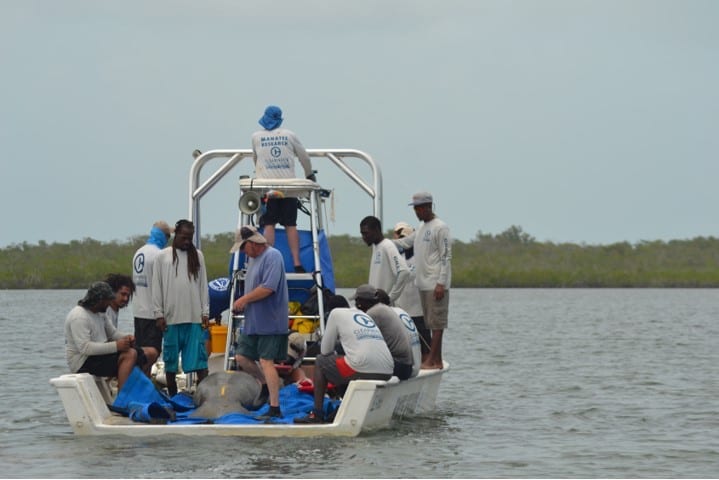 Manatees are still considered endangered in Belize as their threats and mortality rate remain fairly high. Even though they can live as long as humans, they generally only live up to 30 years in the wild due to threatening human activities.  Poaching, which was once the main threat to this species, has now been replaced by watercraft collisions, destruction of coastal habitat, entanglement in fishing gear, and garbage pollution. So while Belize boasts the largest remaining population of the Antillean manatees, conservation and advocacy for them must continue.

Since 1997, the Clearwater Marine Aquarium Research Institute (formerly Sea to Shore Alliance) has been working in Belize to help study and protect the manatees.  Their focus is on conserving the world’s fragile ecosystems and the endangered species that call them home. Protecting the Manatee in Belize is critical because they form a vital part of the country’s culture, heritage, and history. They provide ecosystem services that benefit coastal communities and other wildlife. Manatees are primarily herbivores; they consume 10% of their weight daily. They process this consumed vegetation and release it into the environment, thereby providing fertilizer and food for smaller species.

Many tourists flock to Belize’s waterways to experience these gentle giants in their natural habitat. This, in turn, helps the local economy by providing sustainable jobs and opportunities to many Belizeans. The Manatee is both a beautiful symbol of the culture in Belize and a graceful animal to witness in the wild. For all these reasons, its important to continue our conservation efforts and educate the public on manatees. We can help to protect manatees by being careful in the water and respect no wake zones. Additionally, by reducing our human impact on their habitats in Belize, and around the world. To continue supporting manatees, you can also support manatee conservation with Wild Tracks Belize and the Clearwater Marine Aquarium.