Sofia Coppola is said to bring an understated, balanced perspective to the otherwise male-dominated arena of film, creating a softer, more elegiac work into which viewers could be seduced. But that experience doesn’t end just in that industry: Sofia Coppola also understands the ins and outs of hospitality, being the daughter of famed filmmaker and makeshift hotelier, Francis Ford Coppola. With a slew of hideaways in Belize under the Family Coppola brand, Sofia tells Hugh Garvey for Conde Nast Traveler in a 2014 interview all about her favorite destination while here; after all, Coppola is said to have spent some time during the pandemic actually quarantining at her beach house in Belize. When Sofia Coppola wants to check out from the hustle and bustle of A-list life, it’s at her family’s Turtle Inn resort in Placencia, Belize, that she checks in. 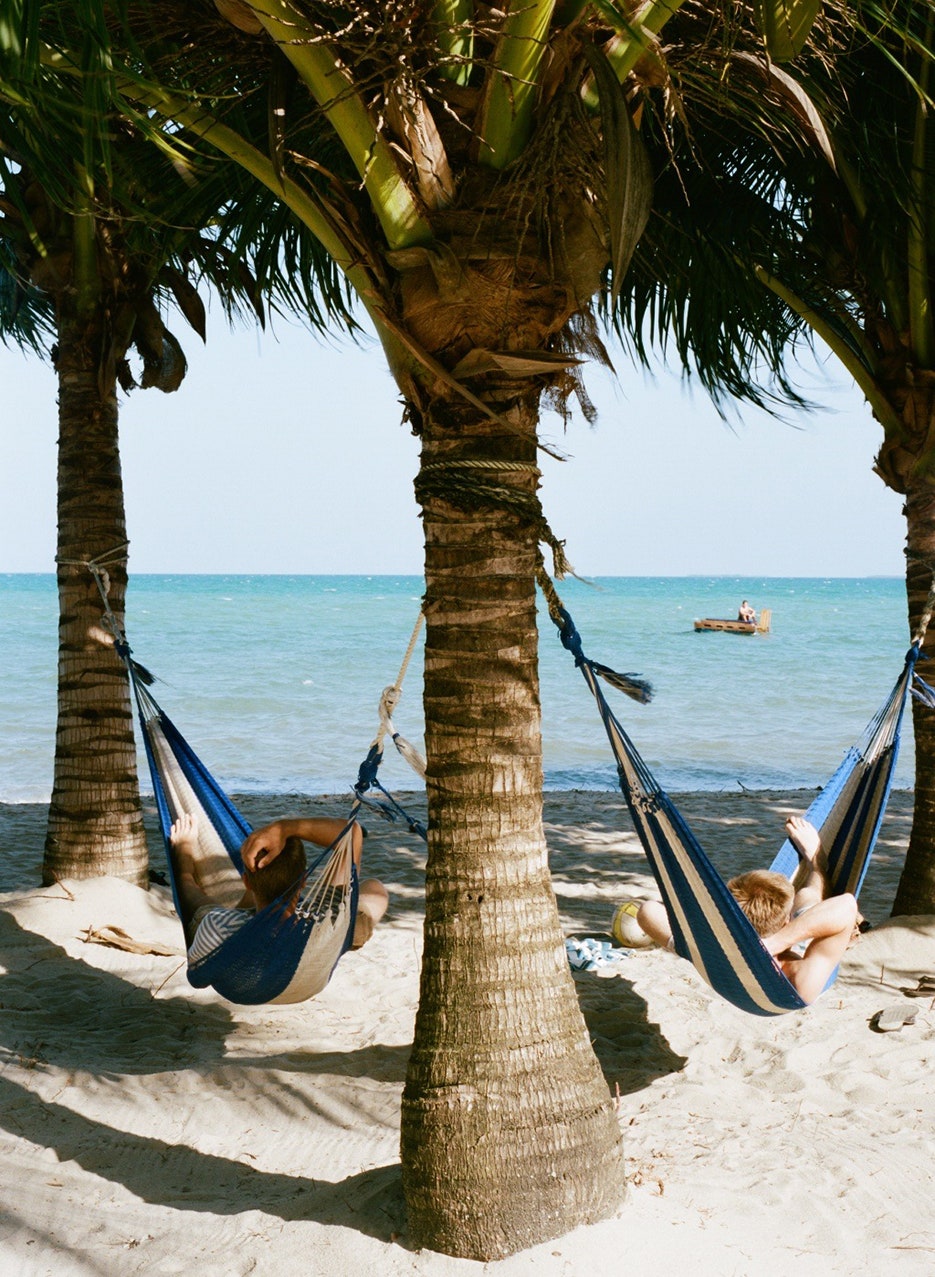 To get familiarized with Belize, let’s lay down its geography: on the Caribbean coast of northern Central America, this English-speaking nation shares a border with both Guatemala and Mexico. With the lowest population density in the region, Belize is also known for its extreme biodiversity and distinctive ecosystems. Offshore, you’ll find over 400 islands—locally known as cayes—that stud the 185-mile-long Belize Barrier Reef. 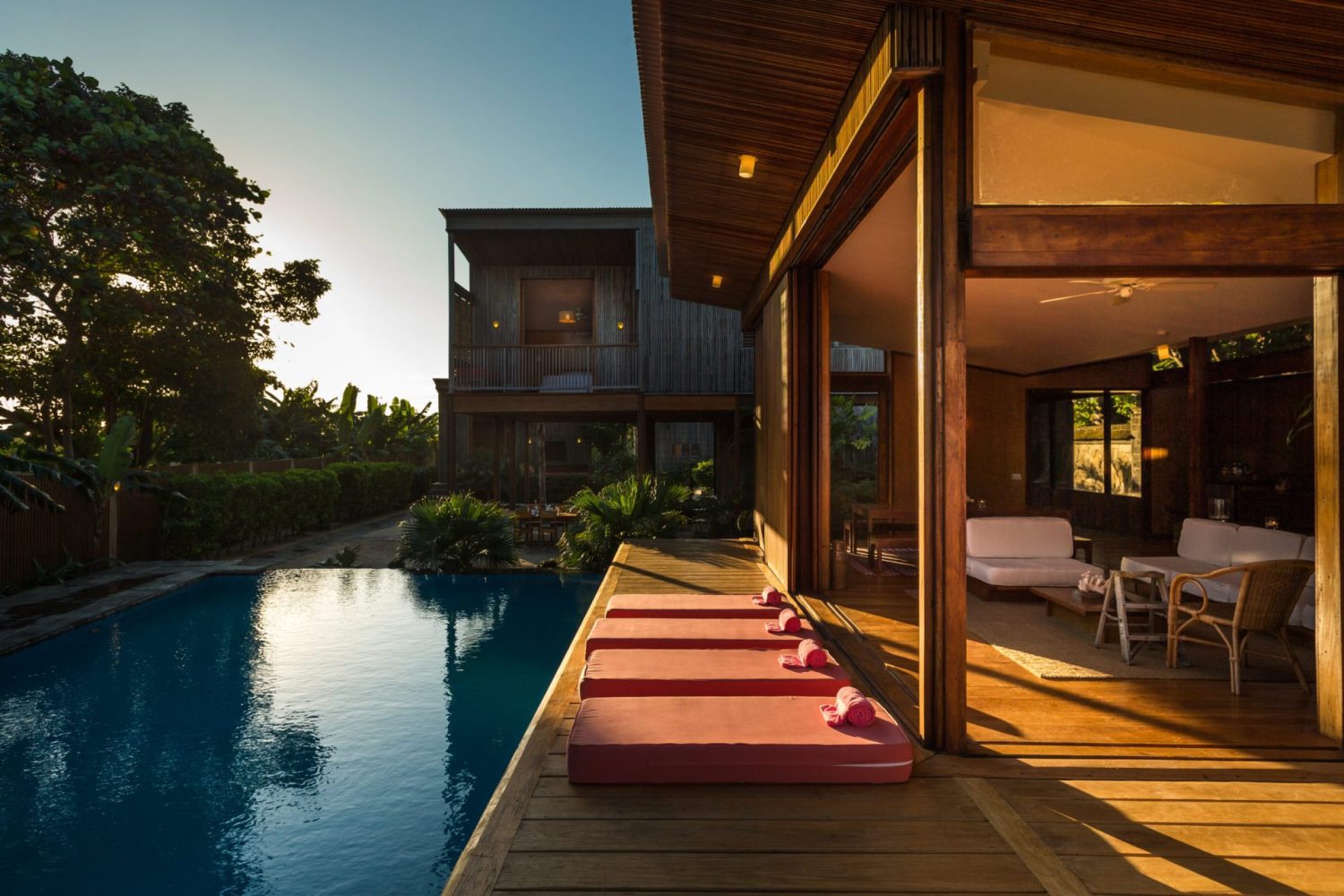 While Turtle Inn’s signature style is thatched beachside cabanas, Coppola’s own contribution is an oasis of chic yet comfortable minimalism. When a lot next to the hotel became available, she hired Laurent Deroo, a French architect, to design the now stylish and soothing getaway. It’s an open-plan main house that feels airy, modern, yet both indoor and outdoor. Wooden finishings contrast sliding glass doors that open onto the pool area, which doubles as a lounge perfect for barbecue and even playing Ping-Pong. “It’s to this retreat that Coppola and her family come to recharge each winter and spring,” says Garvey. 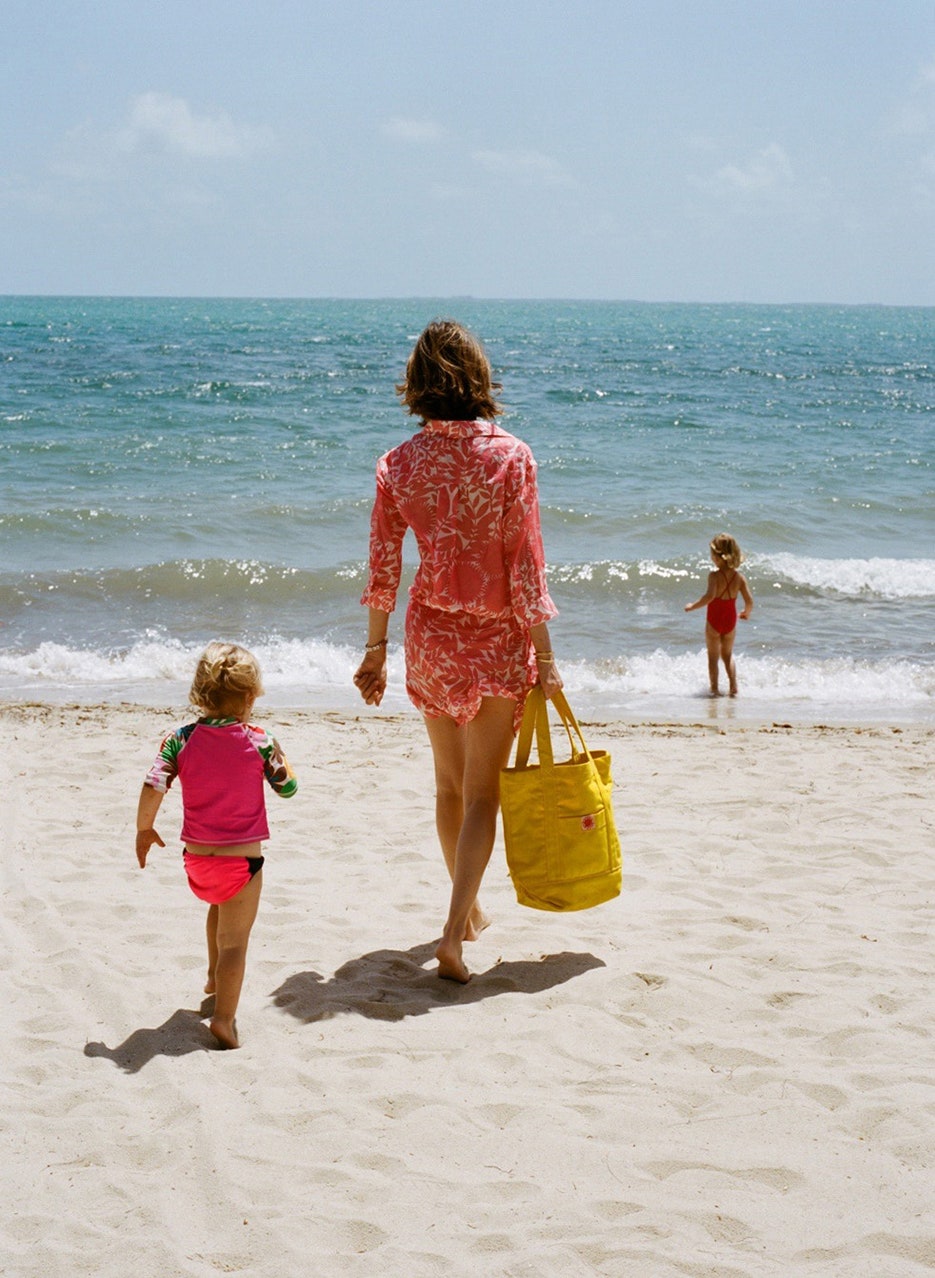 Coppola with her niece Pascale, foreground, and daughter Cosima on the beach in front of her house. Photo by Andrew Durham for Conde Nast Traveler

Sofia’s Beach House actually consists of an entire compound: hers is the main, while two more self-enclosed guest bungalows lie steps away. Coppola’s house features a full kitchen and dining room, a seafront media room, and a full bathroom on the main floor. The media room can be converted into a seaview open-air bedroom with a queen-size bed. Upstairs, the master bedroom boasts an en-suite bathroom and an adjacent children’s bedroom (bunk beds suitable for children up to age 12). The two, separate guest houses are each furnished with a king-size bed, an en-suite bathroom, and a deck.

“My mom’s into textiles, so she picked out the fabrics in Guatemala,” she says to Conde Nast Traveler. “The whole Bali vibe is my dad.” But the design even spanned to her sibling: brother Roman designed the nautically themed Lagoon Bungalow on the property and uses it as his vacation home when in town. When available, guests can book Roman’s hideaway, which works best for a family of 2 adults and 2 children.

Equally as perfect for creative spirits as Sofia’s Beach House, Roman’s Bungalow is cleverly designed with a mirror and wall which open up on either side of the bedroom for an open-plan feeling. With a full view of the Maya Mountains that stack like a watercolor painting, its interiors feature a full kitchen, an expansive living room, a bedroom, a private pool, and a large deck offering spectacular sunset views. 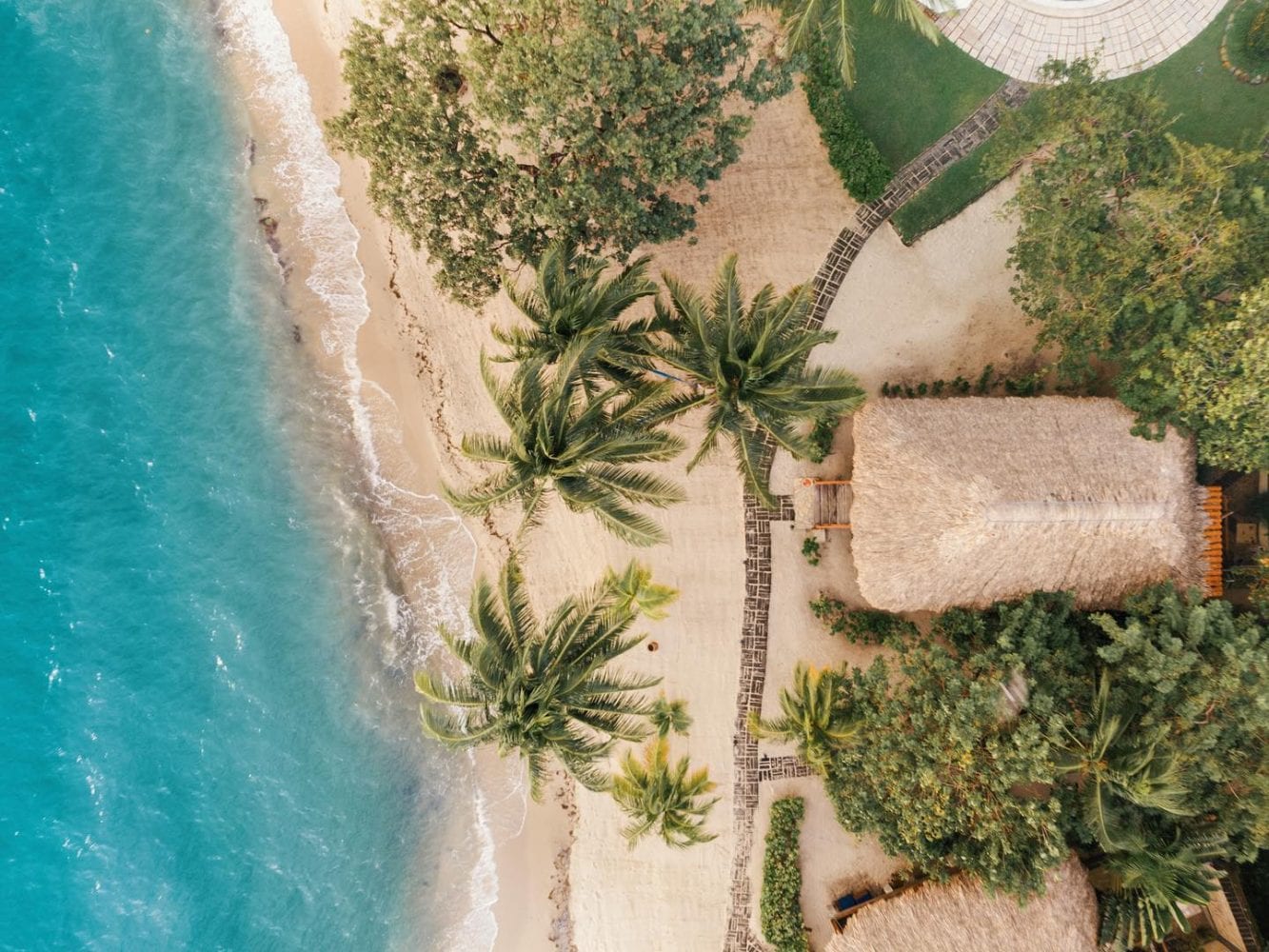 If you’re in pursuit of the real Caribbean—unhurried, unpretentious, and undiluted—then look no further than Southern Belize. There’s a population of maybe 1,500 residents, if that, in Placencia, Belize. The Placencia Peninsula on the southeast coast culminates towards the tip with a traditional fishing village peppered with resorts and restaurants, but ultimately boasts more than 16 miles of beaches perfect for peace and quiet. 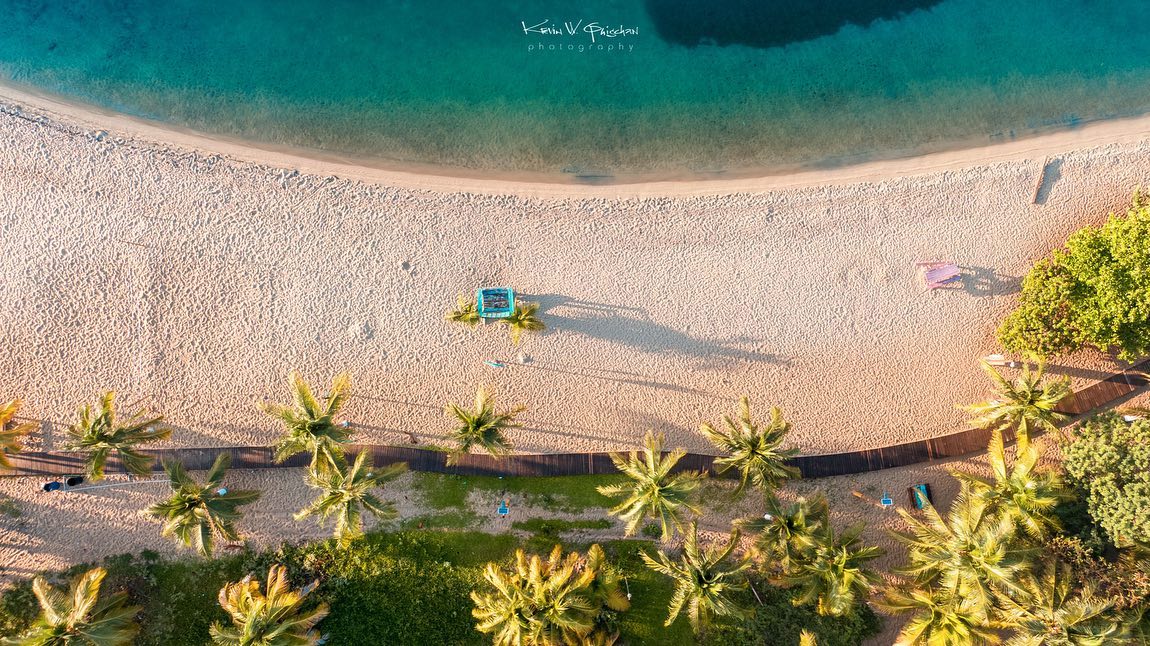 A Placencia sunrise on the beach. Image by Kevin Quischan Photography

“In Paris, you have to be more put together, or at least try to be. You get real privacy in Placencia,” Coppola continues to Garvey for Conde Nast in this 2014 interview. “It’s nice to be able to be a bit of a slob and feel fully relaxed in a place so removed from busy, modern life.” 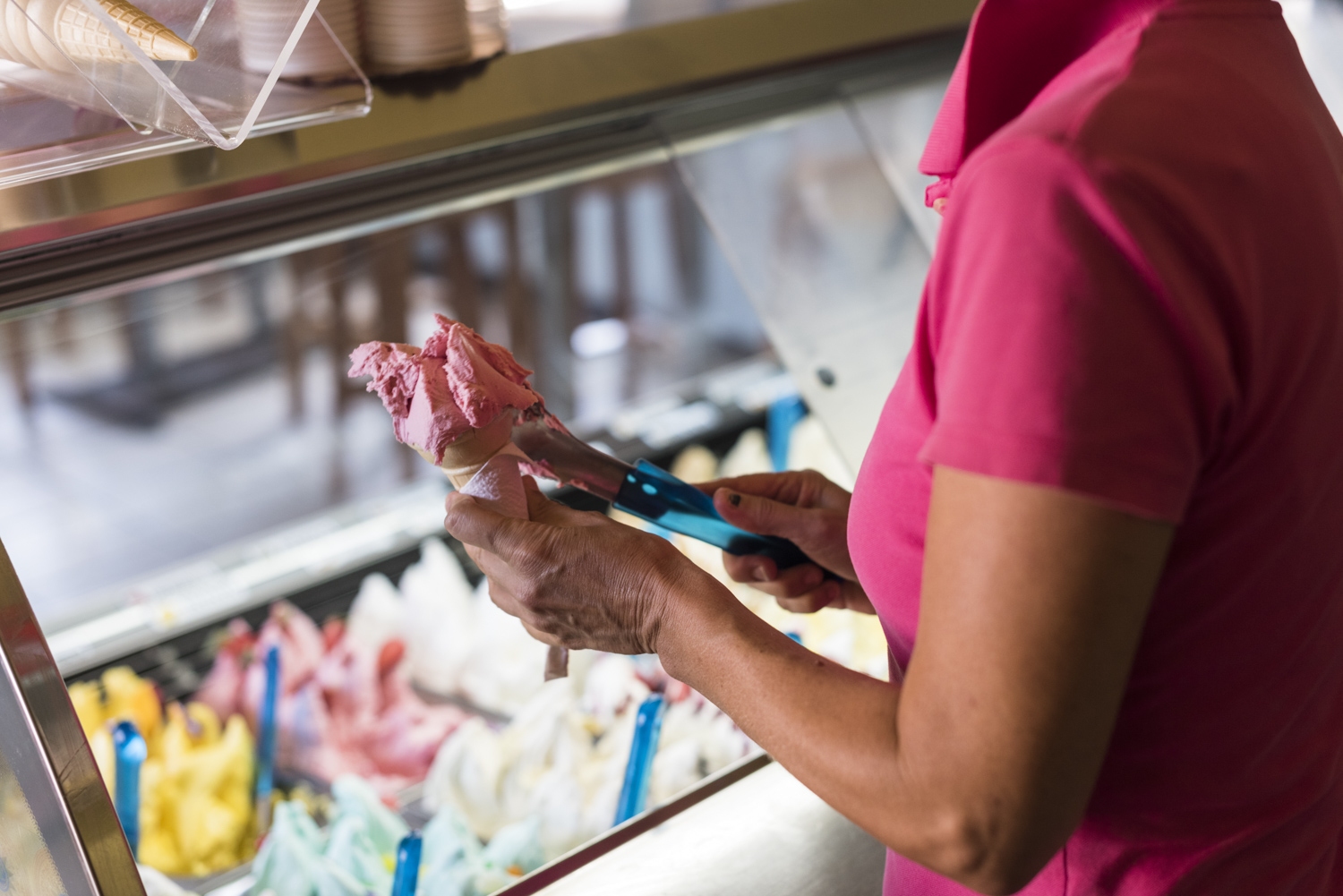 “But really, the big activity for the day is to ride bikes into [Placencia Village] for gelato,” Coppola tells Hugh Garvey for Conde Nast Traveler. As authentic as it gets, owner Tiziana, transplanted from Milan, Italy, is always quick to recommend banana as her favorite. It’s probably not your first choice, but guess what? Sofia names it her favorite here, too. 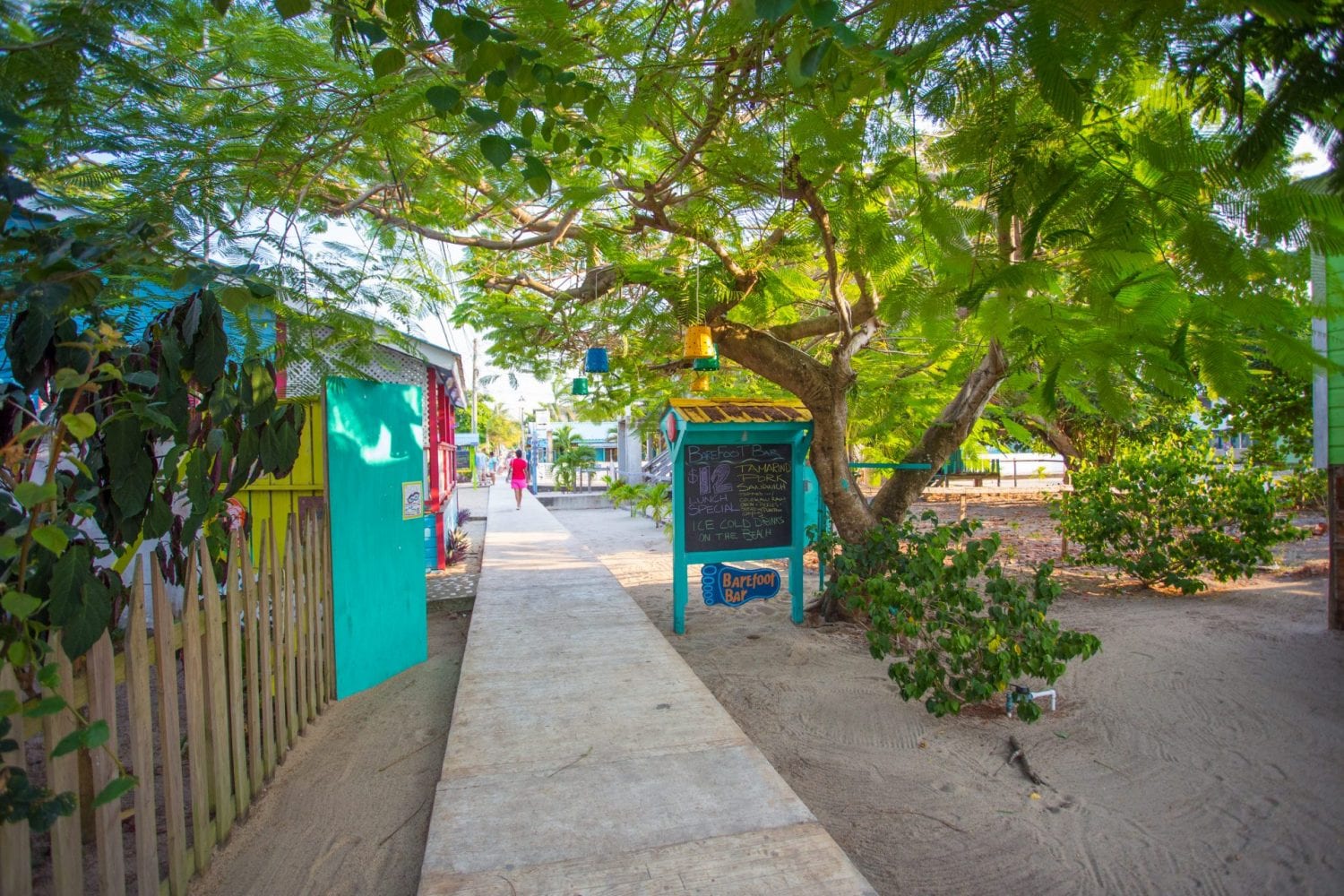 Fun fact: The Guinness Book of World Records recognized the “Placencia Sidewalk” as the Narrowest Street In The World. Image by Duarte Dellarole

Guests at Sofia Coppola’s Beach House can enjoy all of Turtle Inn’s amenities: two swimming pools, a private dock, a dive shop, three restaurants, a bar, a gelato stand, a spa that specializes in Thai massage, and a boutique. At the doorstep of her father Francis Coppola’s villa, Sofia’s Beach House is a modernist tropical hideaway just a few steps from Belize’s Caribbean shore and the beach town of Placencia.

Why This Hopkins Resort Has 5 Stars on TripAdvisor