SVG has upgraded their Alert Level to Red, with an evacuation order under immediate effect. La Soufrière St. Vincent volcano could erupt “possibly within hours or days.” 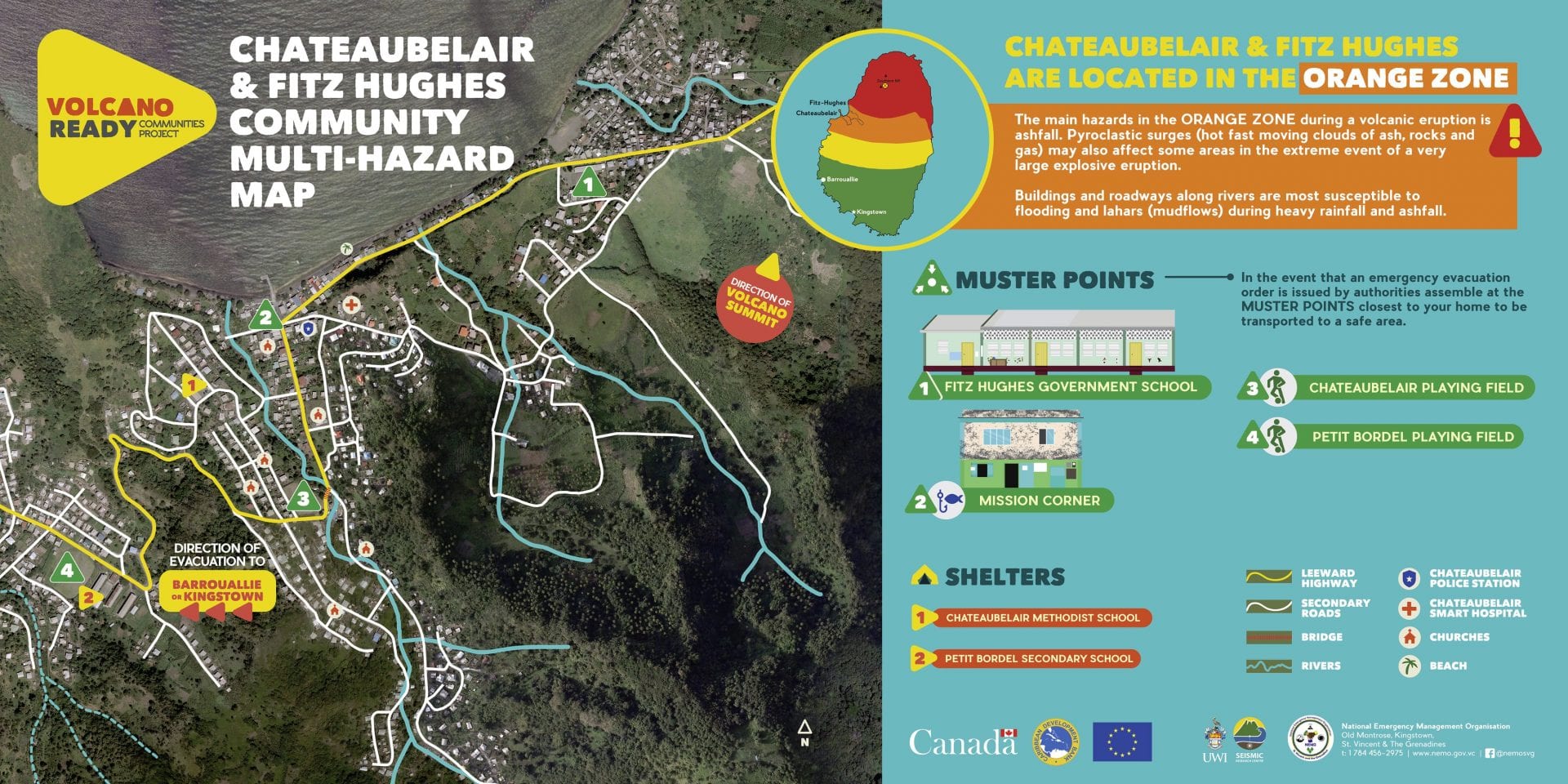 Home to more than 100,000 people, the chain of islands of St. Vincent and the Grenadines are now under an immediate evacuation order for La Soufrière volcano. The effusive eruption of the volcano continues to be characterized by the actively growing lava dome, raising the disaster alert level to RED. While the CARICOM nation moves quickly to evacuate, vessels have been dispatched to the leeward side of the island for residents in the red zone. Earlier today, Hon. PM Ralph Gonsalves has ordered—with immediate effect—the evacuation of all premises of the red zones in SVG and the areas themselves.

I have issued an evacuation order to all residents living in the RED ZONES on the North East and the North West of the island. All residents are asked to act accordingly with immediate effect to ensure their safety and that of their families. pic.twitter.com/AJQlCDtOPg

Cruise ships will transport evacuees to neighbouring islands of Barbados, Grenada & St Lucia; Antigua & Barbuda, Guyana, Montserrat, St Kitts & Nevis, Trinidad & Tobago have also indicated willingness to provide assistance to SVG. La Soufrière, located near the northern tip of the main island of St. Vincent, last erupted in 1979, and a previous eruption in 1902 killed some 1,600 people. As the highest level of alert—four of four—the RED level indicates an eruption is in process or may begin without further warning. 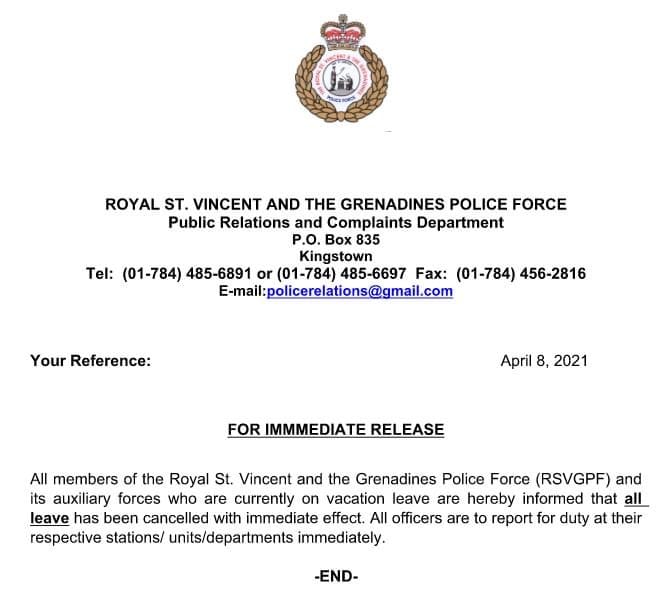 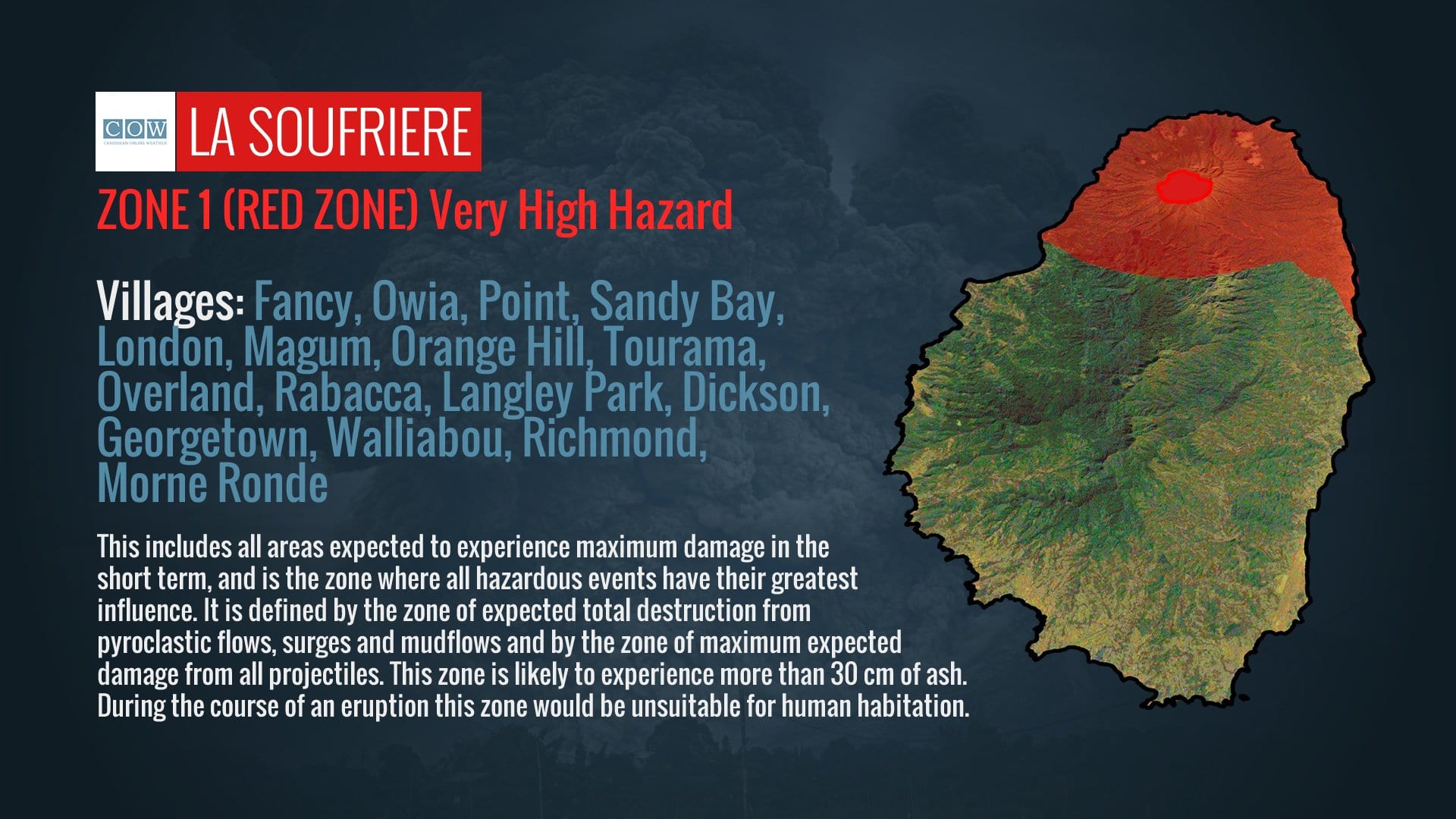 On 5 April at 06:38 local time, a swarm of small volcano-tectonic earthquakes began to occur as the West Indies Seismic Research Centre’s (UWI-SRC) seismic station recorded. The quakes increased gradually until about 08:30 local time as continued at steady rate after. The earthquakes were located beneath the volcano’s summit at 6 km depth. The largest event reached the magnitude of 3.5 that was felt by residents living close to the volcano.

The heightened volcanic-tectonic (VT) earthquakes today suggests that fresh magma is trying to get to the surface. 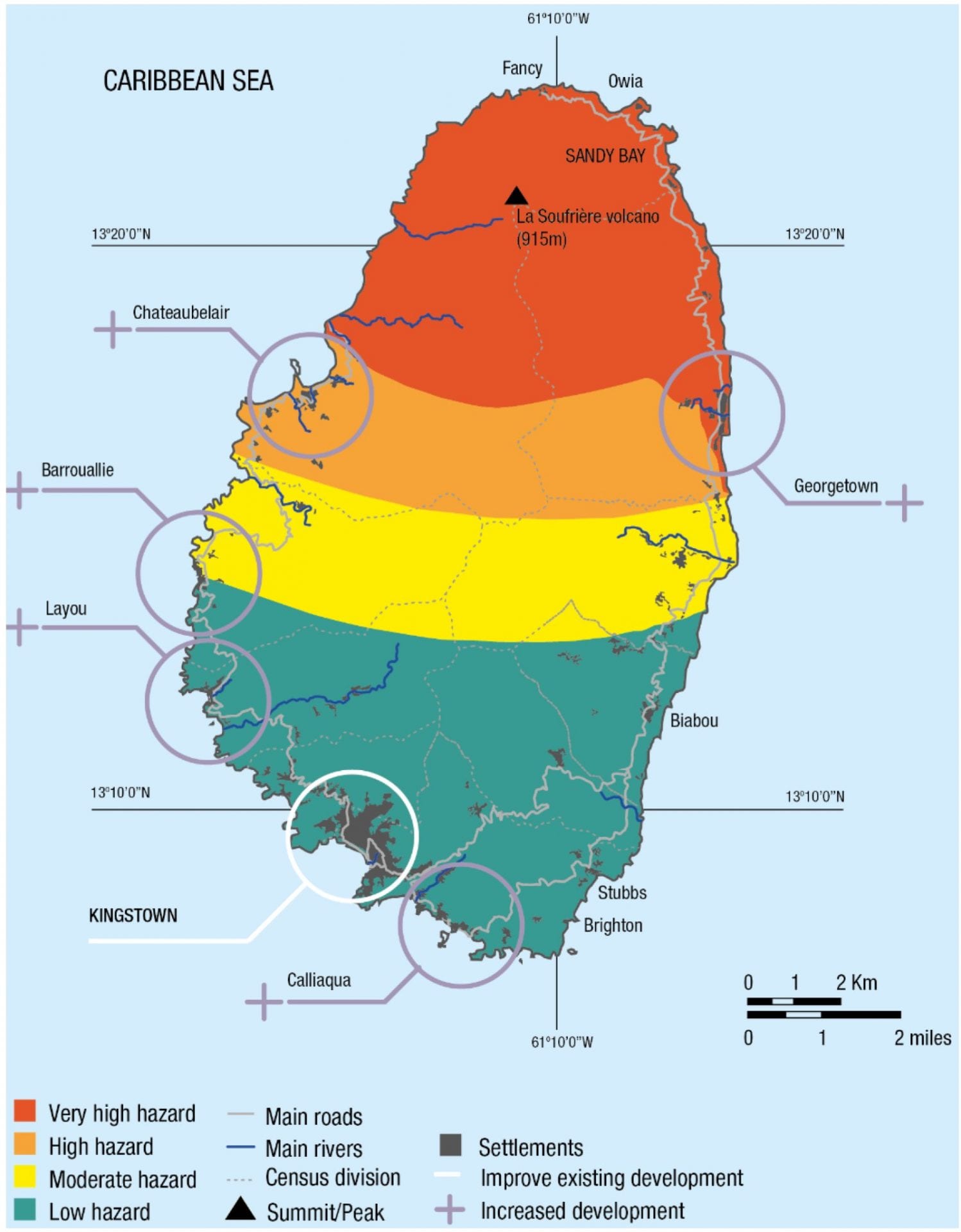 The swarm is related with an elevated seismic activity at the volcano occurred during 23-26 March as a period of volcano-tectonic earthquakes was detected.

Belize stands in solidarity with St. Vincent and the Grenadines as it faces possible volcanic eruption from La Soufriere. Stay safe, Vincentians! @ComradeRalph

As of noon today (April 8), the steaming or smoking at the La Soufriere Volcano has increased over the last few hours.

St Vincent PM Dr Ralph Gonzalves says he’s spoken with National Security Minister Stuart Young asking that if T&T takes in residents amidst the evacuation orders, that they be allowed with an ID if they don’t have a passport, given the nature of the emergency. pic.twitter.com/PbTU6jp2uF

Seventeen of the eastern Caribbean’s 19 live volcanoes are located on 11 islands, while the remaining two underwater near the island of Grenada. One includes “Kick ‘Em Jenny” which has been active in recent years.