Hosted by the Institute of Archeology, the Duke and Duchess of Cambridge tour the Caracol Maya Site on the western edge of the Chiquibul Forest Reserve. Caracol was once the hub of life in the foothills of the Maya Mountains and is believed to have been occupied as early as 1200 BC. The Duke and Duchess had the opportunity to take in the incredible Caana (‘sky palace’) – which remains the tallest manmade structure in Belize to this day. 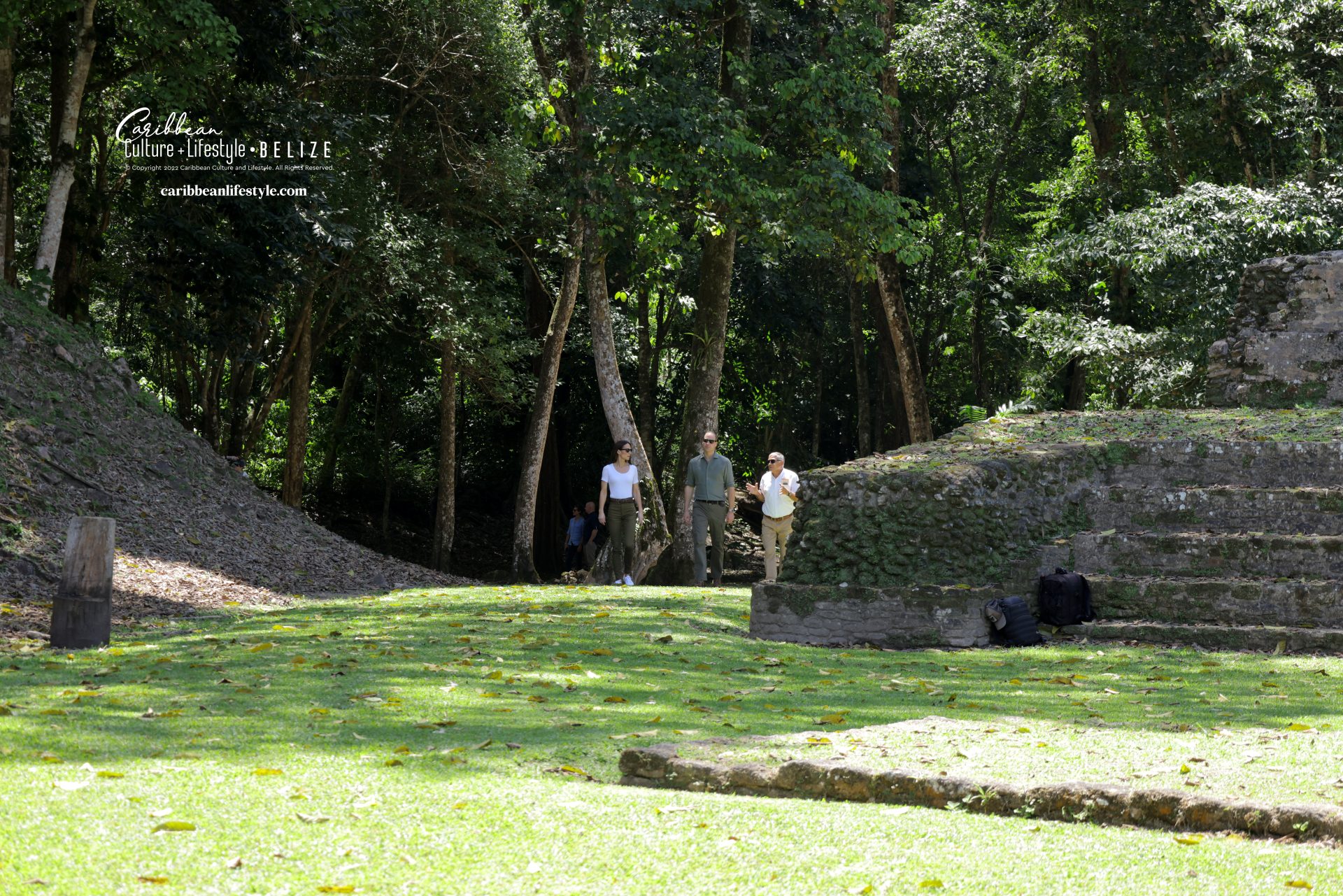 Caracol’s history starts as far back as 1200 BC. During the Maya Classic period of 600 and 900 AD, Caracol saw major construction and growth. It eventually became one of the largest cities in the Maya civilization with well over 100,000 people. The metropolis itself covered around 65 square miles with a downtown core of 15 square miles. Caracol was very densely populated and had a history of winning battles against other cities. Nearby cities of Tikal and Naranjo (both in Guatemala) were defeated by the armies of Caracol. History suggests that these wars helped the population by facilitating further development in the city.

Various archeological projects have attempted excavation over the years, but the vast majority of the site remains unrestored. The main attraction at Caracol is the Sky Palace or Canaa and yes, the Duke and Duchess made the climb! Inside the complex, you can find over 100 tombs among its four palaces and three temples. It’s believed that at the height of its civilization, Caana hosted Mayan royalty, too.

Prince William and Kate Wave Goodbye To Belize, Board for Jamaica