Prince William and Kate Wave Goodbye To Belize, Board for Jamaica

The Royals are on the move! Prince William and Kate officially end their Belize visit—the first leg of a Caribbean tour—on Tuesday, boarding a Royal Air Force Voyager once more but this time, to Jamaica. The Duke and Duchess of Cambridge spent a total of four days and three nights in Belize, mainly on the southeastern coast and the westernmost district of Cayo. Prince William and Kate were greeted by a guard of honor from the Belize Defence Force as they landed at Belize City’s Philip S. W. Goldson International Airport on Saturday, March 19, 2022. Now as they depart the country on March 22, Belize’s military band bids their farewell before a final royal salute.

A Glimpse at the Cambridges’ Belize Itinerary

The couple kicked off their Caribbean tour in Belize on Saturday at the Philip S.W. Goldson Airport after a non-stop 11-hour flight from London where Governor-General of Belize, H.E. Froyla Tzalam welcomed the Duke and Duchess. Rolling out the red carpet for the royals, they received a 21-gun salute as unique as the country: three miniature cannons on the tarmac were fired by uniformed men pulling on strings. The Duke then inspected a guard of honor before meeting Prime Minister of Belize Johnny Briceno and his wife Rossana Briceno at the Laing Building in Belize City.

Festivities of day 2 meant deep cultural immersion: after a last-minute change in itinerary, the couple stuck with their visit to a cocoa farm in Southern Belize. Both William and Kate tasted raw cacao and learned how it was transformed into world-renowned Mayan chocolate. Sampling fresh cacao, grinding cacao nibs, and sampling freshly made chocolate products—including xocolatl—the couple then left the family-run Che’il Mayan Cacao Farm and Chocolate Factory in Maya Center Village for Hopkins Village.

In Hopkins, the British royalty fell for the Southern charm of the Garinagu. Sampling traditional Garifuna foods like hudut and sahou—a drinkable porridge made from cassava that’s sweetened with spices like cinnamon, nutmeg, and ginger—they had more than enough energy to feel the rhythm of Garifuna drumming. Both the Cambridges announced “seremei” over the microphone, which translates to “thank you” in Garifuna.

Among the activities on Hopkins, the Duke and Duchess participated in the unveiling of a plaque and planting of a Yellow Copperpod tree on the beach donated by a local farmer. 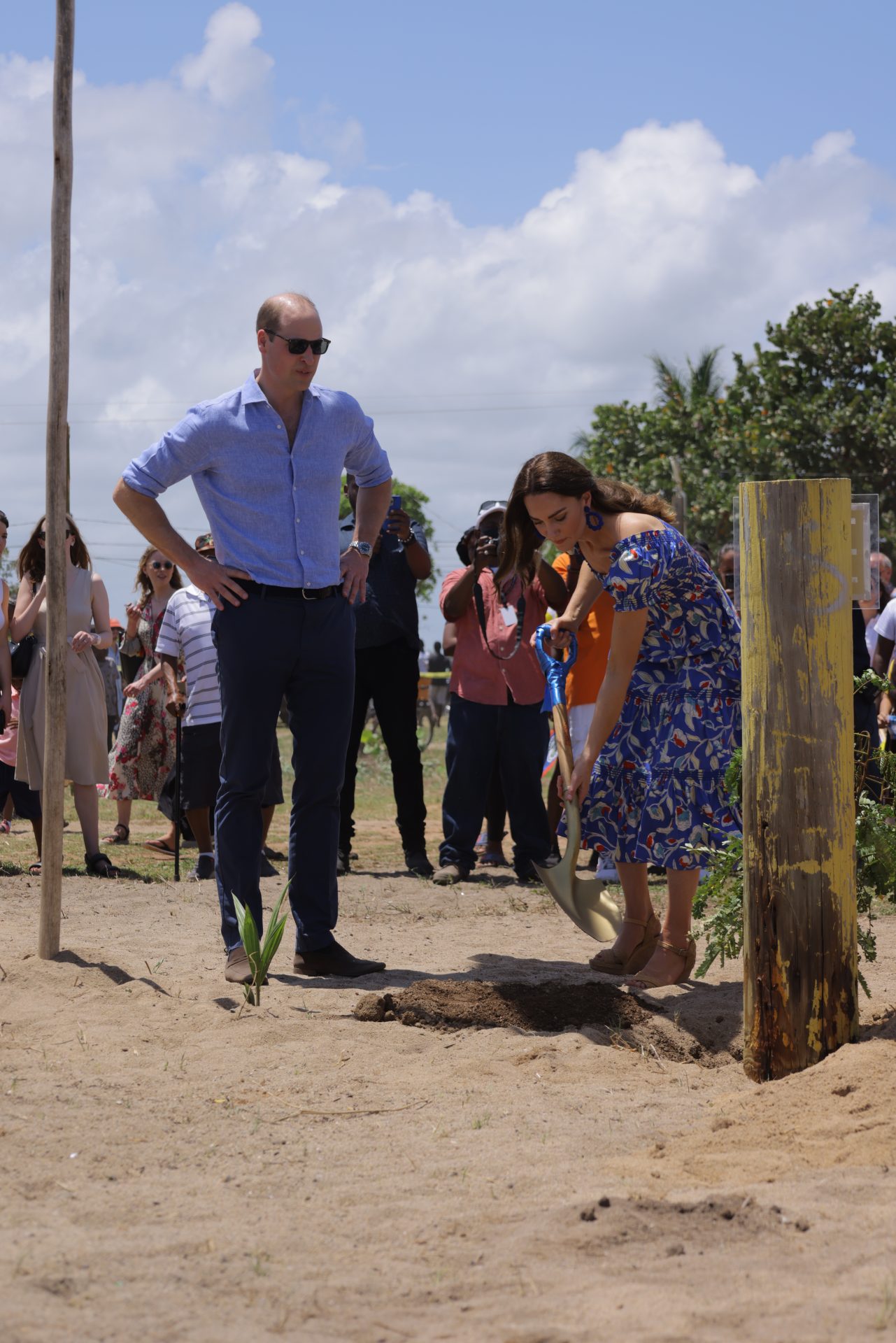 Their Royal Highnesses later had a discussion on the beach with Belizean conservationists just a few feet away from the newly planted tree, crucial to their environmental agenda for this Caribbean tour.

Conquering the climb of Caana, training for jungle survival, and final remarks at Cahal Pech

In the Cayo District, they also visited a British military training camp in the Chiquibul Forest Reserve in central Belize, and Prince William later pointed out that they join others in condemning the Russian invasion of Ukraine. 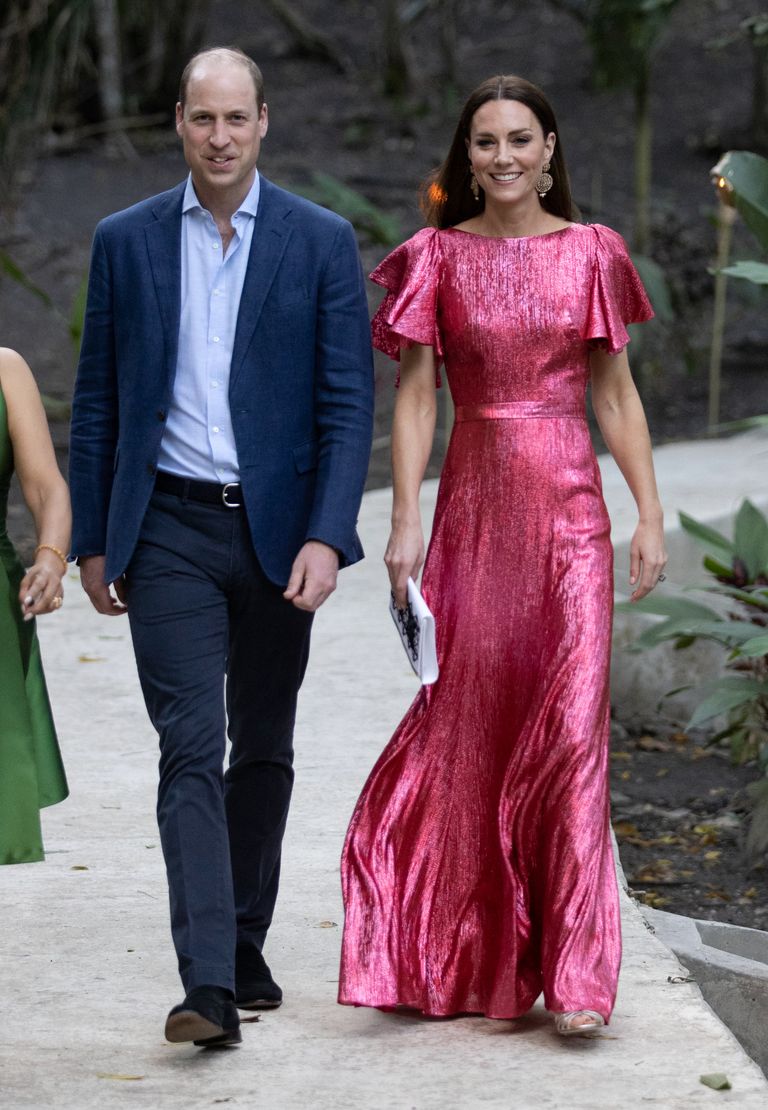 The royal couple will continue on their Caribbean tour, visiting Jamaica next and then the Bahamas on behalf of Queen Elizabeth in celebration of her Platinum Jubilee. Belize, Jamaica, and the Bahamas are all considered Commonwealth Realms, which means that although they are independent countries, Queen Elizabeth II is officially considered their monarch.

Lighthouse Reef: One of CNT’s Most Beautiful...