One of the best ways to learn about a country is through its food. After all, Belize’s culinary landscape is as intricate as its culture diversity, ultimately making for flavorful fusions with their own unique identity. Think about what we’ve learned through other cultures that are not our own through food — and you’ll quickly realize they’re all mom-and-pop spots. Don’t look for McDonalds, Starbucks, or other chains — Belize simply does not have them. Most businesses are family-owned, lacking a noticeable corporate influence. You taste the love, which is why I stand on this: Belizean food is underrated.

Whether you’re daydreaming about a past trip or even future travel, here’s five of the must-try, authentically-Belizean breakfast favorites. A classic Belizean breakfast combines the best of Belize’s colonial history with its Caribbean culture and roots, found nowhere else in the world. As far as “a mixing pot of culture” goes, what’s on the plate counts just as much!

Fry Jacks are delicious, fluffy pillows of fried flour dough in the shape of triangles or half-moons that is traditionally found on breakfast menus countrywide. Arguably, the Fry Jack is Belize’s number one breakfast favorite. The delightful puffy treat is perfectly paired with a side of eggs (scrambled, sunny-side-up, over-easy, any way you want it!), refried beans, your choice of meat, and cheese. Order separately, or step it up by making it a Stuffed Jack. Fry Jacks can be eaten as savory or even sweet, with toppings like honey, jelly, jam, or even powdered sugar.

Get the recipe here. 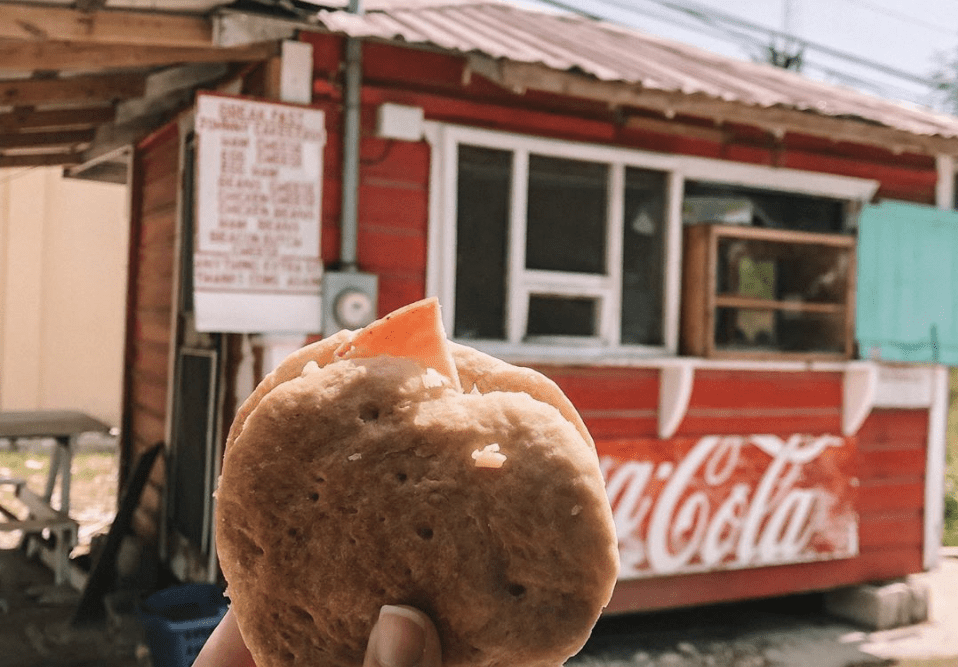 Johnny Cakes, sometimes found as Journey Cakes, is a coconut milk-based unsweetened biscuit. Often, you’ll find this Belizean breakfast layered with your choice of refried beans, cheese, ham or even shredded chicken. While a few stories have been passed around as to the origin of the name, perhaps the most popular one is that they were originally called Journey Cakes because of their ability to last on long trips. “Journey” eventually became “Johnny,” assuming with a Creole translation. Nonetheless, these Belizean favorites can be found at food vendors countywide.

While it may not sound like a breakfast item, meat pies are truly the best-selling, most popular breakfast food in Belize. These mini hand pies are a Belizean staple simply made for eating on the go. After all, you will often see vendors riding around with coolers on the front of their bikes selling these little pies – fresh and hot at breakfast time. These pies are an ideal handheld food as they are made to eat on-the-go and readily accessible in both quantity and price, usually costing $1.50 BZ ($0.75 USD). Meat pies are a rich dough stuffed pie with chicken or beef, and seasoned gravy; crisped edges on the outside, with all things warm, soft, and juicy on the inside.

While the debate over who makes the best meat pies in Belize continues daily, we recommend these shops as your go-to for trying them: Dario’s Meat Pie, Belizean Meat Pies, Ladyville Meat Pies, and Pou’s Meat Pie.

Get the recipe here.

Breakfast burritos are filled with goodness made to order just the way you like it. Starting with a base of a fresh, soft flour tortilla, scrambled eggs meet refried beans and freshly made salsa before meeting a generous sprinkling of deliciously salty grated Dutch Edam cheese. Feeling spicy? Be sure to ask for a sprinkling of habanero pepper sauce – usually homemade and unique (including spice level) to each vendor. 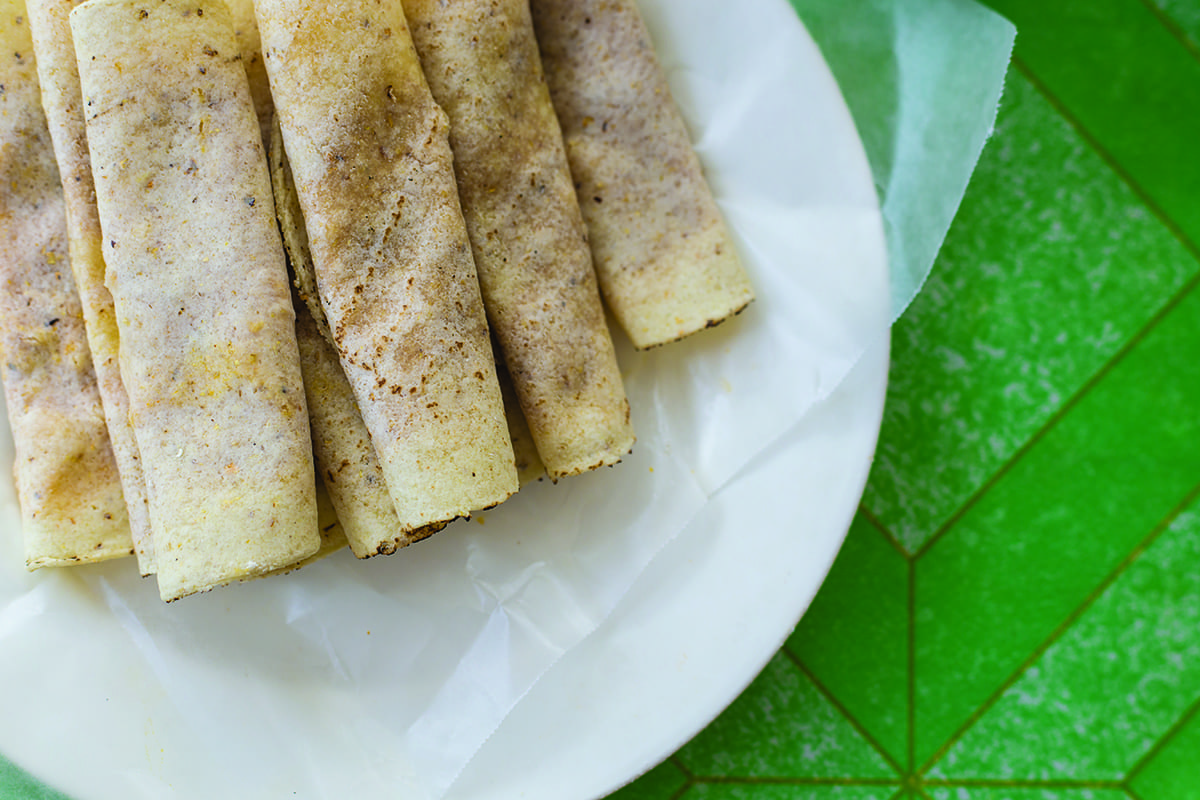 The ‘street taco’ is another uncomplicated and popular breakfast favorite in Belize. In Belize, tacos are traditionally sold as warm corn (maize) tortillas rolled with Yucatec-spiced shredded meat, which is commonly chicken or pork. Looking to visit Northern Belize? The Orange Walk District has become ubiquitous with fame for its ‘street tacos’. Nonetheless, you are likely to pass food vendors at most street corners selling tacos regardless of where you find yourself in country. Enjoy your tacos with chilled horchata, freshly-squeezed lime juice, or the Ambergris Caye favorite—banana juice.

All other photos not captioned © Flavors of Belize.

100 Days ’til Christmas – Top Belize Beachfront Resorts for the Holidays

Belize Reopens in Two Weeks — What To Know