By examining our past, we can further enrich the cultural identity of the Belizean people. Additionally, continue to add to the colourful tapestry that is the history of Belize. More specifically, the ancient Maya civilisation that once thrived in Belize. Even today, new discoveries are unearthed that explain mysteries of the rich and enigmatic ancient Maya culture. On June 3, UPI published a new finding from a recently discovered ancient site in Belize, the Saki Tzul rock shelter, that dated when Mayas started eating maize. Maize, or corn, is a staple crop across much of the Americas, and this new research from Belize suggests it’s been that way for at least 4,700 years.

Because corn photosynthesises differently than other kinds of plants, it leaves a unique signature in bones. That’s why the recently discovered burial site in present-day Belize has answered important questions about the diets of ancient Mayas. By the time the Mayan civilization emerged some 2,000 years ago, maize wasn’t just a source of calories, it was a crop of tremendous importance — culturally, economically and politically.

Reconstructing the diets of early human populations in tropical regions like Central America has proven quite difficult. However, archeologist Mark Robinson, a postdoctoral research fellow at Exeter University in Britain, rejoices in this rarity found in Belize. Given the shallow nature of most graves and burial sites, it’s rare for human remains to end up layered sequentially — let alone a burial site featuring well-preserved remains. To find out when humans that frequented the two rock shelters first started eating maize, scientists analyzed bones from 44 human skeletons. 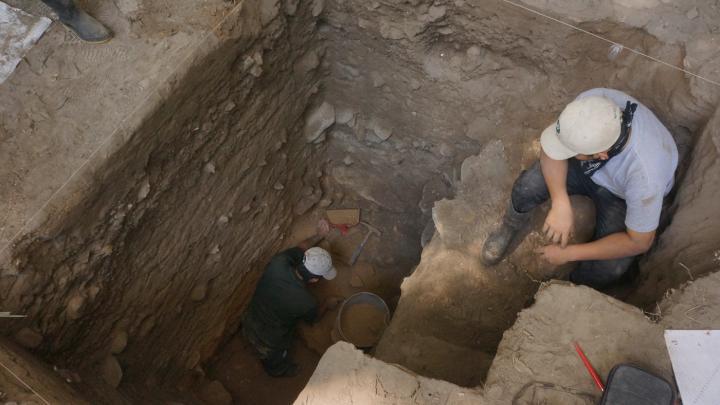 One excavation unit at Saki Tzul rockshelter in the Maya mountains of Belize. Photo by Keith M. Prufer

This latest archeological discovery in Belize links the food of the Mayas, absorbed into body tissue, over 4,700 years ago. Corn (maize) as a diet staple is closely intertwined with early Central American settlements, including Belize. Not to mention, the development of farming tools and food processing technologies. This includes the evolution of the Maya’s local economies plus social and political structures.

Read more on this fascinating new discovery in Belize by reading below.