Traveling doesn’t have to be expensive. If you’re willing to put in the leg work and wait around for a great deal, you’d be surprised at how cheap travel can get. For example, this traveler took a 10-day long scuba diving trip to Belize for less than most people would pay for a domestic vacation in the U.S. Here, Caroline Lupini of Fodor’s Travel shares just how she did it.

“If you’re going to be cheap, do it while you’re paying for travel.”

Lucky for Caroline, she wasn’t dead set on a destination. While needing to be in New York for a conference, she planned to just fly back home to Colorado right after. Flights between New York and Denver usually cost around $100 each way, so it was expected to pay that much for the flight home although it wasn’t actually bought yet. 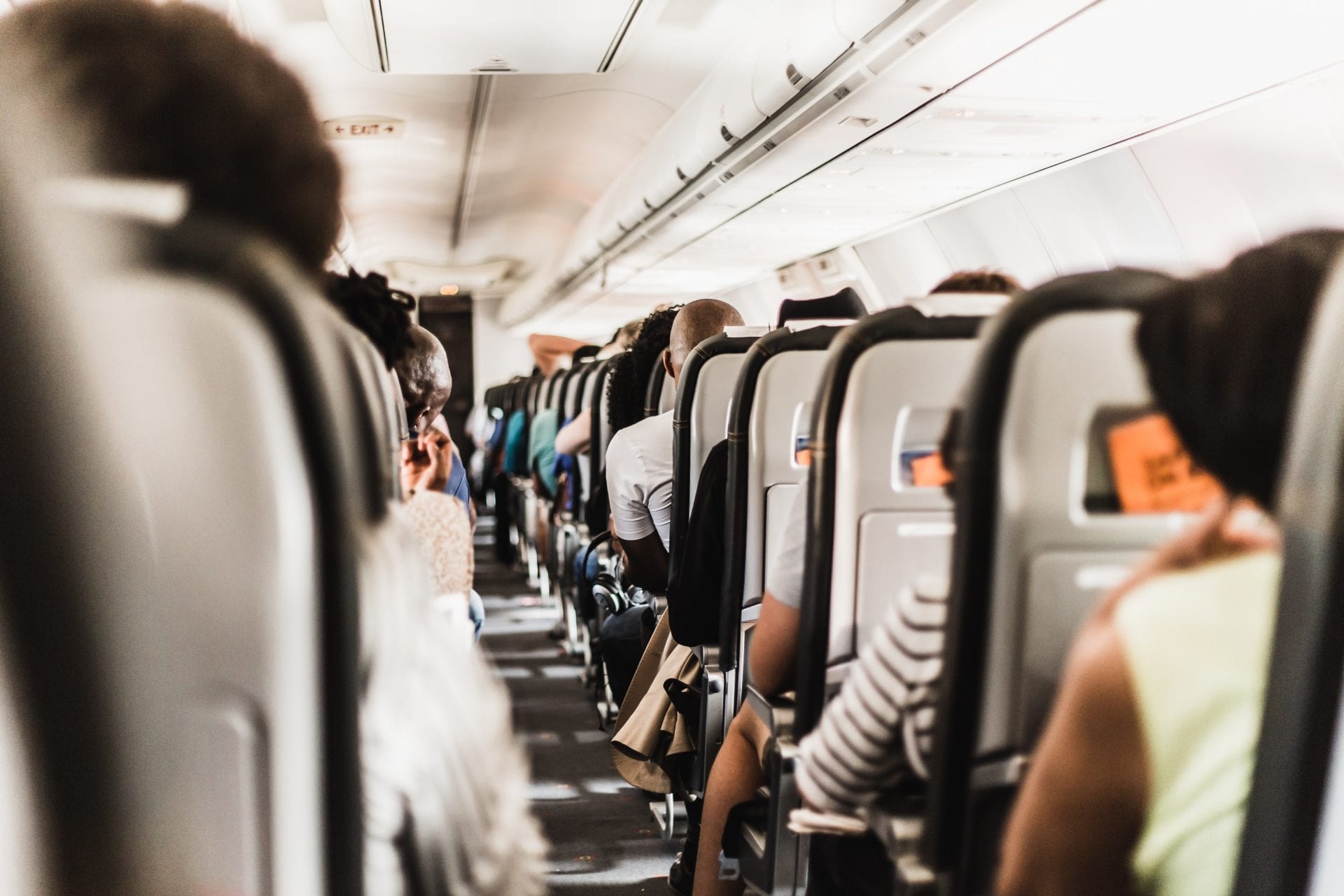 Then, a deal come up on The Flight Deal for only $261 round-trip, and it worked from many cities in the US including Newark (EWR) and Denver. Often when this is the case, you can fly out from one city and back to a different city for the same price. So, instead of flying directly from Newark back to Denver for $100, Caroline knew. “I flew from Newark to Belize (and then from Belize to Denver). And I did it for just $261 total—or $161 more than I would have paid to fly straight back. And because I nabbed such a good flight deal, I decided to stay for 10 days.” 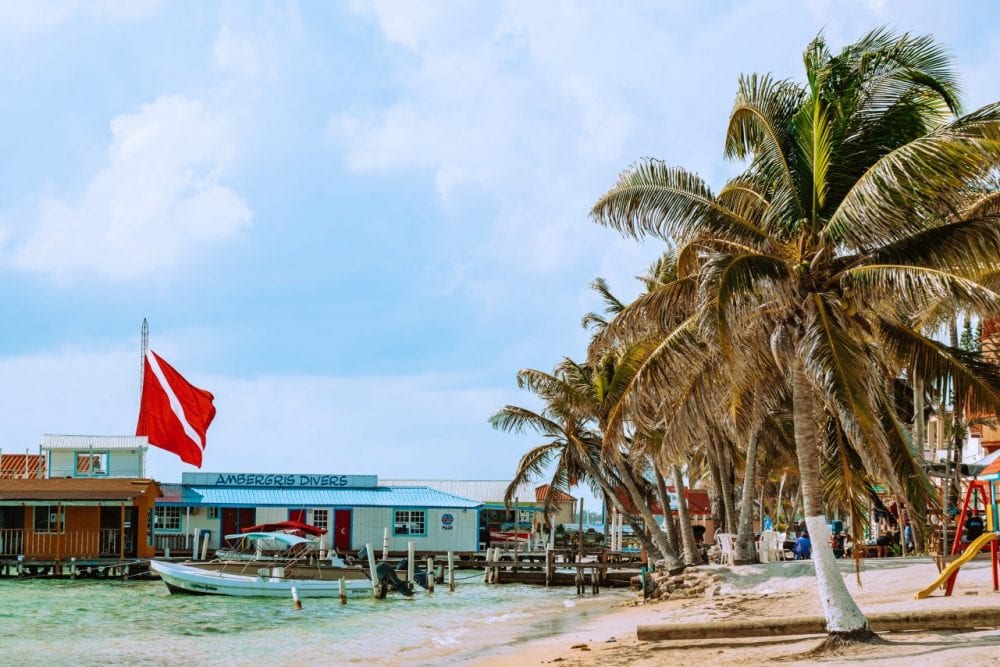 As a couple, lodging was chosen based on activities. Since most of thier time was going to be spent scuba diving (and working), there was no inherent need to stay anywhere too fancy. But, they definitely wanted their own room and to be close to the best scuba diving. So, it was decided to stay in San Pedro, Belize. Staying there required to take the ferry from the mainland but from there, you’re within walking distance of everything you’d want to do. Alas, a hostel was chosen; the room is described as nothing fancy, but it was clean and comfortable while offering plenty of space. Better yet, it only cost $55 per night or $550 for a 10-night stay. That worked out to $275 per person.

Caroline stayed at a “simple hostel” called the Sandbar Beachfront Hostel and Restaurant.

While there’s a lot to do in Belize, the main purpose of the trip was for scuba diving. My boyfriend and I both love to dive and Belize is one of my favorite places I’ve ended up diving so far. A small diving company was chosen to do the local dives with, before joining up with trips from a big company for dives at Turneffe Atoll and the Great Blue Hole. 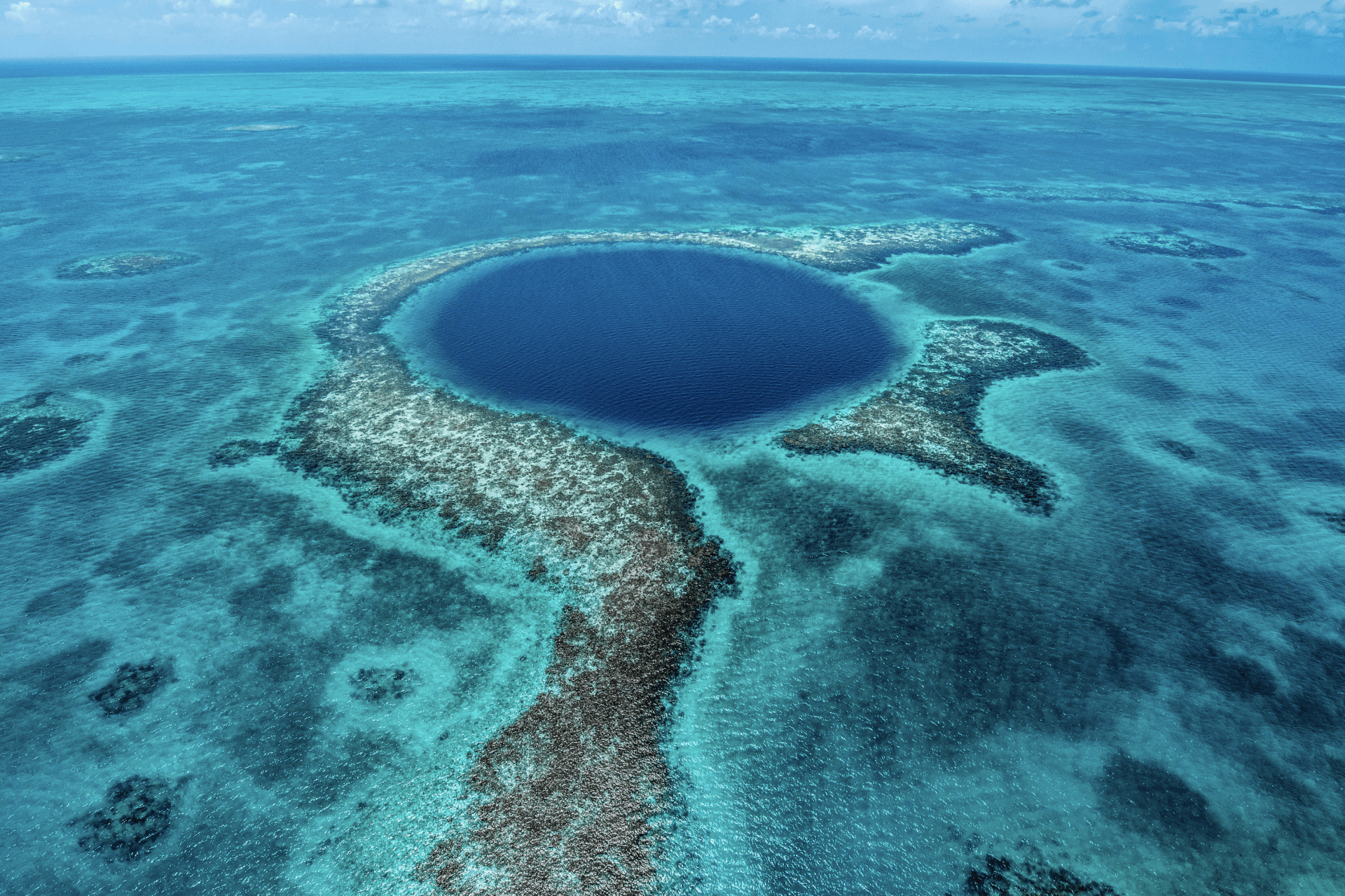 Ultimately, 6 of the 10 days of the trip was spent diving; the four local dive days cost $80 per day for two dives. However, the Blue Hole and Turneffe trips were quite a bit more expensive because they require traveling by boat for a few hours. The Turneffe day trip cost $255 while the Blue Hole day trip cost about $300. All in all spent, it was about $875 each for a full week of diving. This was definitely the most expensive part of the trip, but it was also the main reason for their travel to Belize.

Overall, taking this trip cost each of Caroline and her boyfriend $1,311; after accounting for the $100 they would have had to spend anyway to fly home from New York. While this definitely isn’t the cheapest trip she’s ever been on, Caroline says it’s a pretty insane deal for a week of scuba diving in one of the best scuba locations in the world! All prices are in USD.

Scientific Reasons to Take a Belize Beach Vacation in 2021