El Pilar is unique in that it is a system linked together east and west, thereby uniting one ancient Maya center in two modern nations: Guatemala and Belize. El Pilar is not merely a pyramid or a site. It is a whole region used by a community, and its size and composition suggest that it was directly related to farmland.  The area was first mapped in 1983 by archaeologist Anabel Ford while studying settlement patterns in the region. Ten years later, a more in-depth study and examination of El Pilar began with state-of-the-art engineering survey instruments and excavations detailing access ways, stairs, and doorways.

El Pilar means pillar or watering basin and indeed, Aguados or water reservoirs provided water throughout, even in the dry season. It flourished in the Classic Period of the Maya Civilization and covers 120 acres, has 15 courtyards or plazas covering 50 acres, plus one southern ball court. A palace at the north end, and a causeway leading to Guatemala.  Some buildings are 50 to 60 feet high. Tikal is only 32 miles away.

Ford and her team have continued their work, having already tunneled into a major temple revealing a 2000-year construction history. Temples and plazas dating back to the middle pre-classic period (800BC), with the small eastern temple known as El Copal. The area for the populace continued to expand, reaching its greatest extent by 1000AD.  At its peak, it is estimated that the population of El Pilar exceeded 180,000. 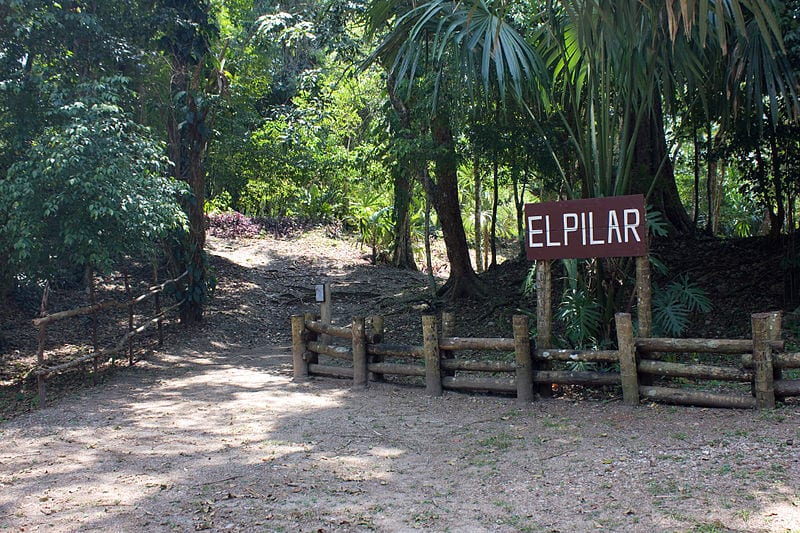 Excavation has been ongoing on many of the plazas, temples, and palaces of the monumental civic areas.  Scattered around these monuments are residences of the ancient Maya inhabitants.  In 1984, an extraordinary residential unit called Tzun u’un was mapped and tested.  This led to a major excavation,  that exposed and consolidated a unique Maya house. This unique archaeological find is the only house of its kind to which the public has access today.  Later, Ford’s team worked with Master Maya Forest Gardeners to develop a forest garden around the house site. These gardens are presently maintained by the Maya farmers as part of the El Pilar Forest Garden Network. 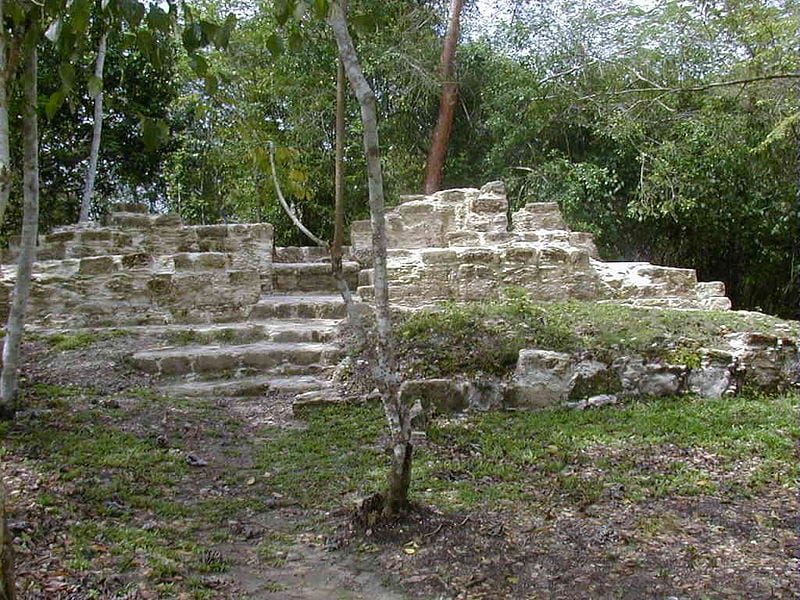 The site is open to the public.  Here visitors can experience both ancient and contemporary aspects of Maya life, promoting Maya culture in the area. It is the hope that El Pilar of Belize and Guatemala can be the first archaeological Peace Park in the world.  This site is protected, in both Belize and Guatemala,  with rangers on site.  Nevertheless, it is under constant threat from looters, and, in 1996 was placed on the World Monument Fund’s list of endangered sites in the world. There is currently a conservation strategy in a place called Archaeology Under the Canopy, to promote keeping these ancient monuments in their natural state.

El Pilar and all the Maya monuments are now maintained under the forest canopy.  This protects and preserves the Maya cultural heritage, as well as the Forest Gardens created by the Maya. Tourists can take a taxi from Bullet Tree Falls directly to the Maya site.

What To Expect On A Walk Around Downtown Belize City

Lubaantun and the Crystal Skull – Everything You...

How To Have A Not-so-typical Family Vacation...