King Charles III Ascends To Head of State in Belize. Here’s What We Know

Queen Elizabeth II has died aged 96, ending a reign of 70 years and beginning a period of national mourning in the UK as well as in the Commonwealth realms, including Belize. King Charles III, who formally acceded to the British throne on Saturday, also ascends to Head of State in Belize. A total of 54 countries, almost all of which were formerly under British rule, make up the Commonwealth, but the Queen has been head of state in 15 of them: Antigua and Barbuda, Australia, The Bahamas, Belize, Canada, Grenada, Jamaica, New Zealand, Papua New Guinea, Saint Kitts and Nevis, Saint Lucia, Saint Vincent and the Grenadines, Solomon Islands, and Tuvalu, in addition to the UK. All at different stages of their post-colonial history, one may ask—what can one expect now that Queen Elizabeth has died and Belize now has King Charles as head of state? 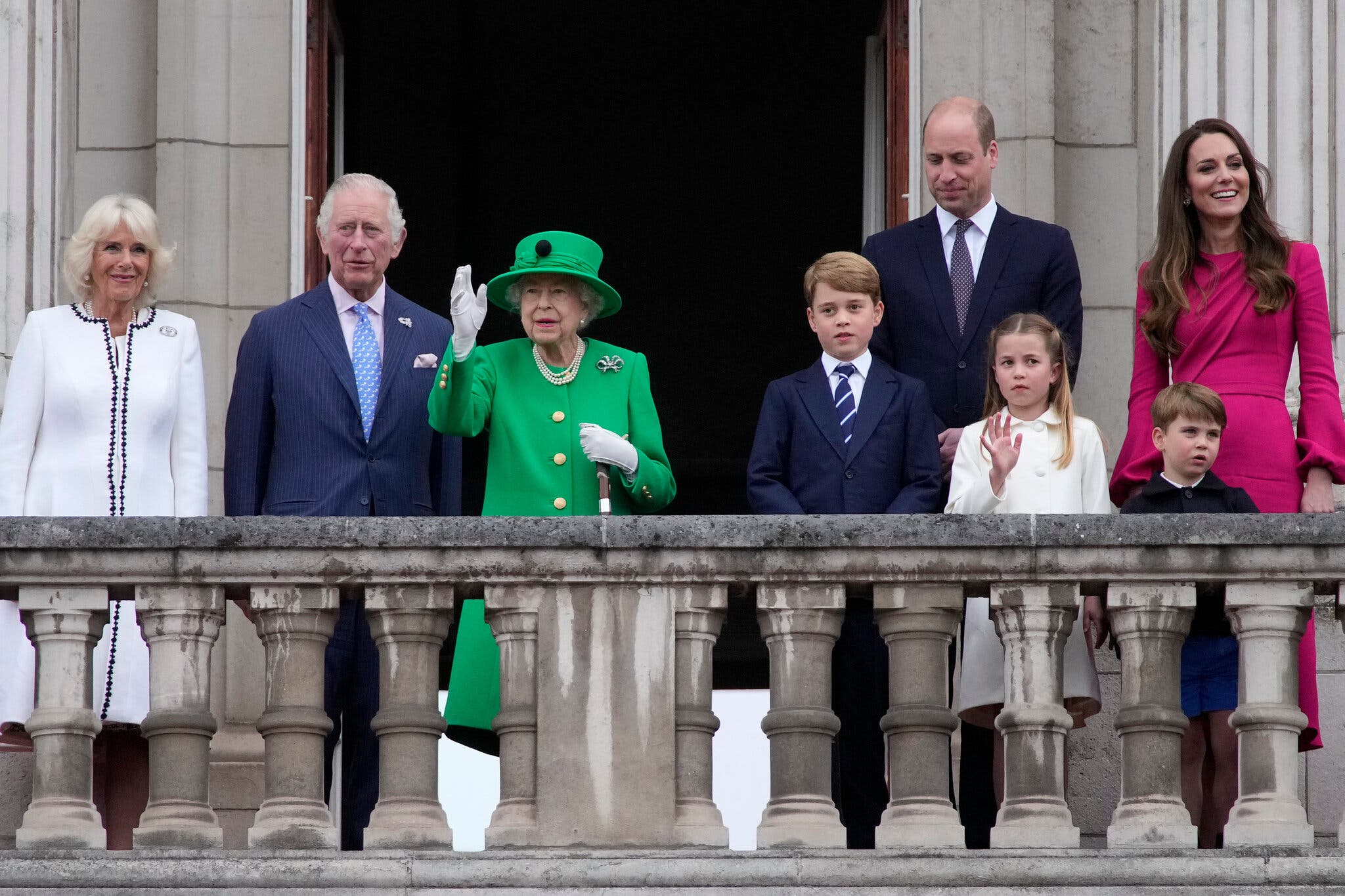 A more divisive figure than his mother, King Charles is likely to give fresh energy to those questioning the relevance of a royal family in modern times, given the centuries of colonial violence. In fact, VICE reported that King Charles has an approval rating of 42 percent.

Belize Joins The Realm In Mourning Her Majesty 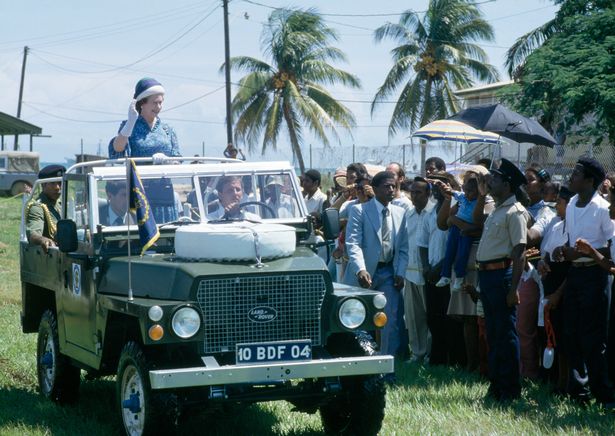 The Queen visiting Belize in 1985. The country is one of 16 nations that now has Charles III has head of state ( Image: Popperfoto via Getty Images 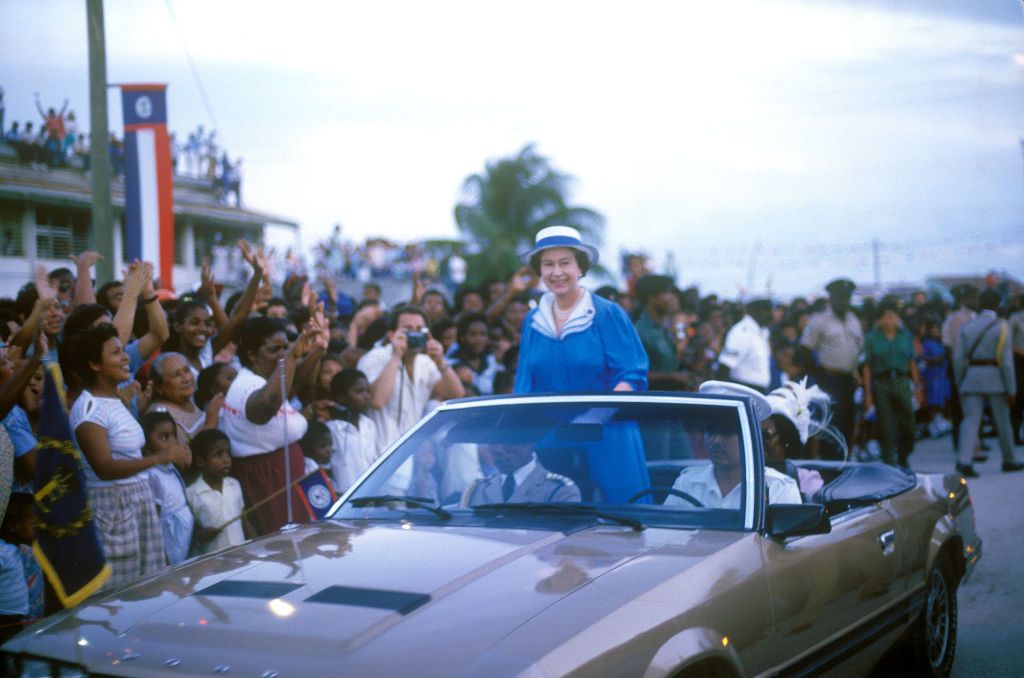 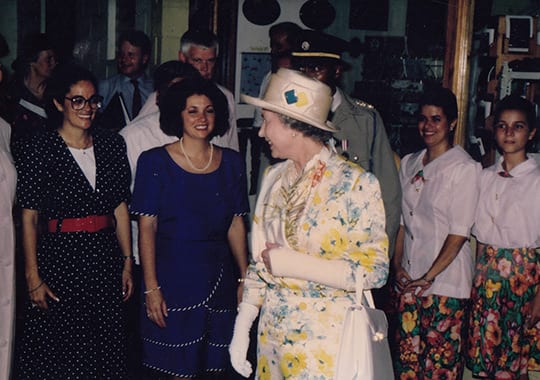 The Prime Minister of Belize, Hon. John Briceño has ordered that all national flags be flown at half-mast from today until the Committal Service for Her Majesty, Queen Elizabeth II, on September 18, 2022. Ten days after her death there will be a state funeral scheduled for September 19, 2022, the biggest ever seen in the UK, which will take place at Westminster Abbey. She will be buried alongside Prince Philip, Duke of Edinburgh, in St George’s Chapel at Windsor Castle.

Belize will also observe September 19 as a national holiday, as others in the Commonwealth are observing.

Belize mourns the passing of our Queen Elizabeth II. May her dearly departed soul rest in eternal peace. 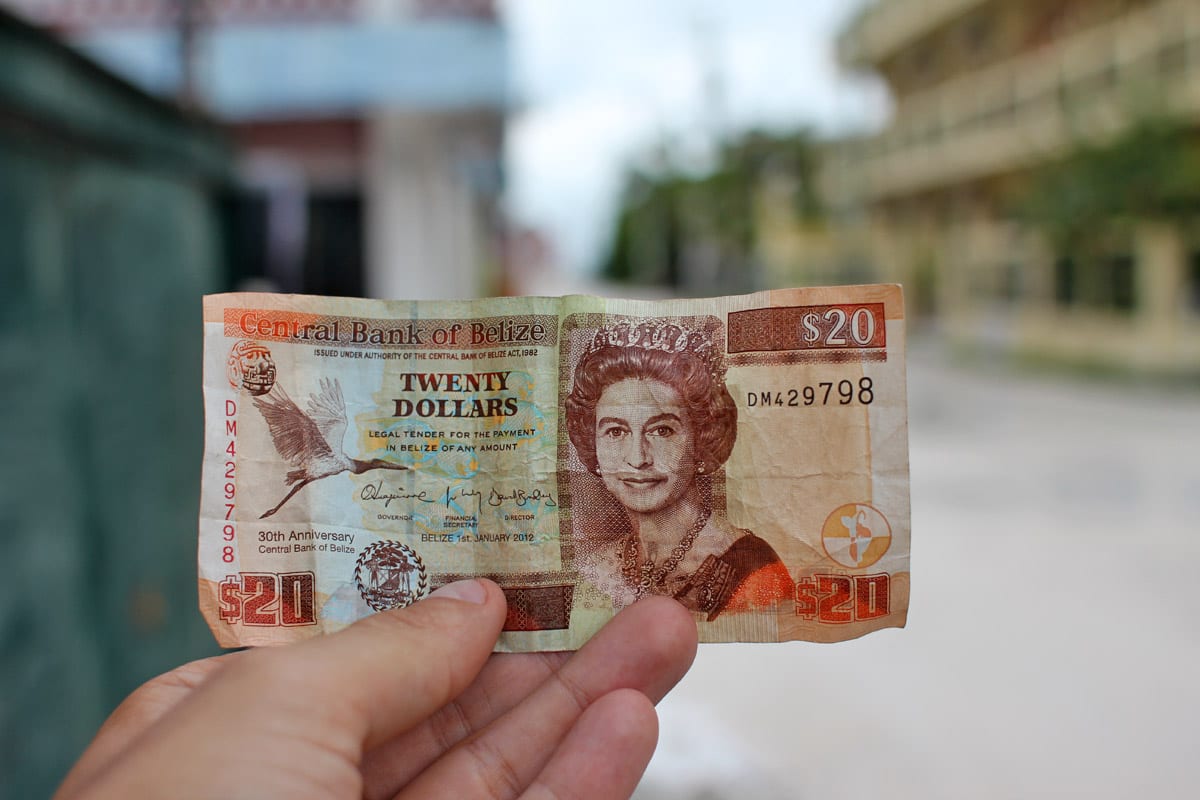 And for those in Belize, there may be a time soon that Queen Elizabeth II will no longer appear on Belize’s coins and notes. There has been no official statement on the future of how Her Majesty’s death affects Belize’s currency appearance—which has no effect on value—but it’s likely that Queen’s portrait will remain in circulation, and won’t be recalled. The exchange rate is one United States Dollar to two Belize Dollars. 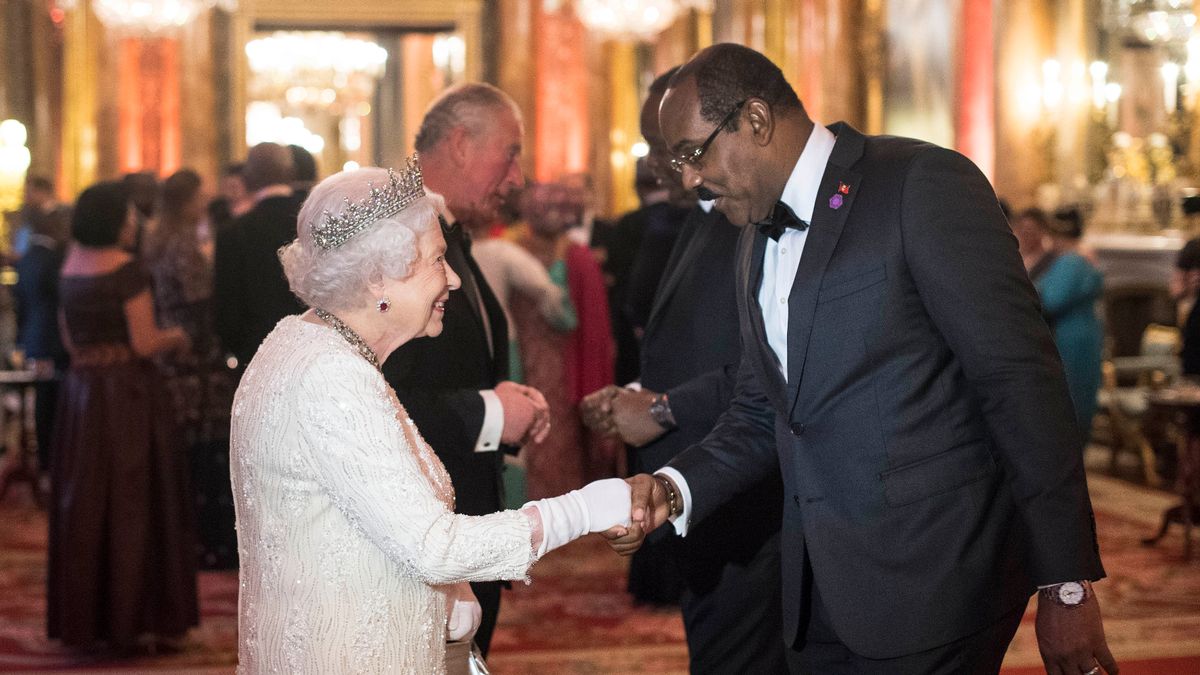 In the wake of Her Majesty’s death, Antigua and Barbuda announced on Saturday plans for a referendum on becoming a republic with an elected head of state. In November 2021, Barbados became the region’s newest republic, which was a hub for the transatlantic slave trade for more than 200 years. Barbados’ Prime Minister, President, Rihanna, and The Prince of Wales stand during Inauguration ceremony to mark the birth of new republic in BarbadosCredit: PA

To signify the official change of power, a final salute was made to the British monarchy and the Royal Standard flag was lowered and replaced. Speaking as the guest of honor at the event, the then-Prince Charles reiterated the continuing ties between the two nations despite the constitutional status change. In his speech, His Majesty acknowledged the “appalling atrocity of slavery” the Caribbean island suffered. 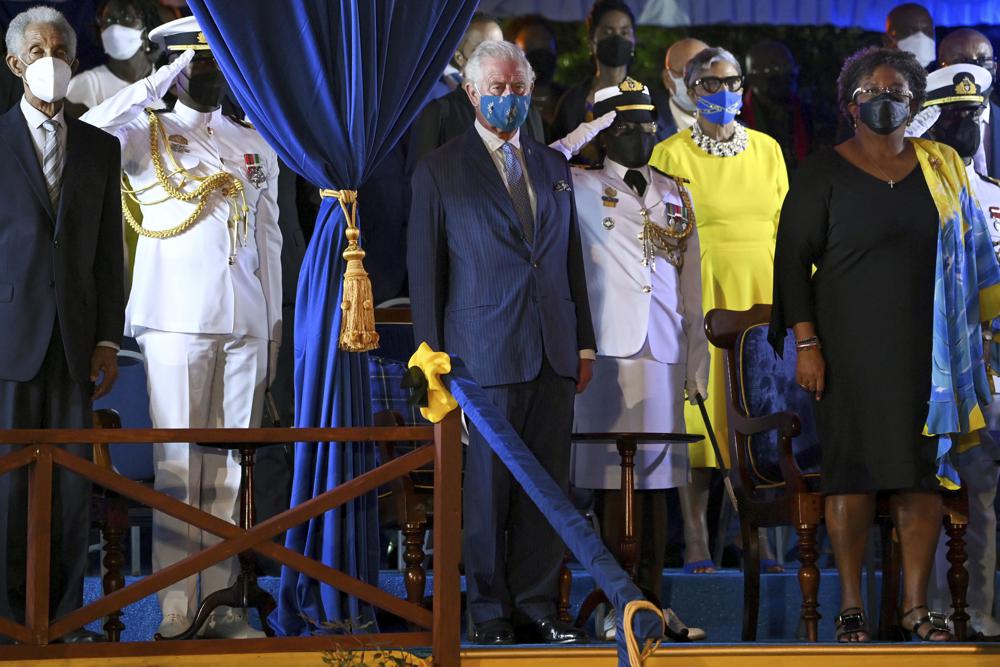 Barbados is the world’s newest republic: a historical event witnessed by this generation. (Jeff J Mitchell PA via AP)

Adam Bandt, the leader of Australia’s Greens Party, posted condolences to the Queen’s family on Twitter. But he added “Now Australia must move forward,” saying “We need [a] Treaty with First Nations people, and we need to become a Republic.”

Earlier this year, Belize confirmed a constitutional review. Following their first official visit to Belize and to the Caribbean as Duke and Duchess of Cambridge, the minister responsible for Public Service, Elections, Political Reform, and Religious Affairs shared, “Perhaps it is time for Belize to take the next step in truly owning our independence. But it is a matter that the people of Belize must decide on.” 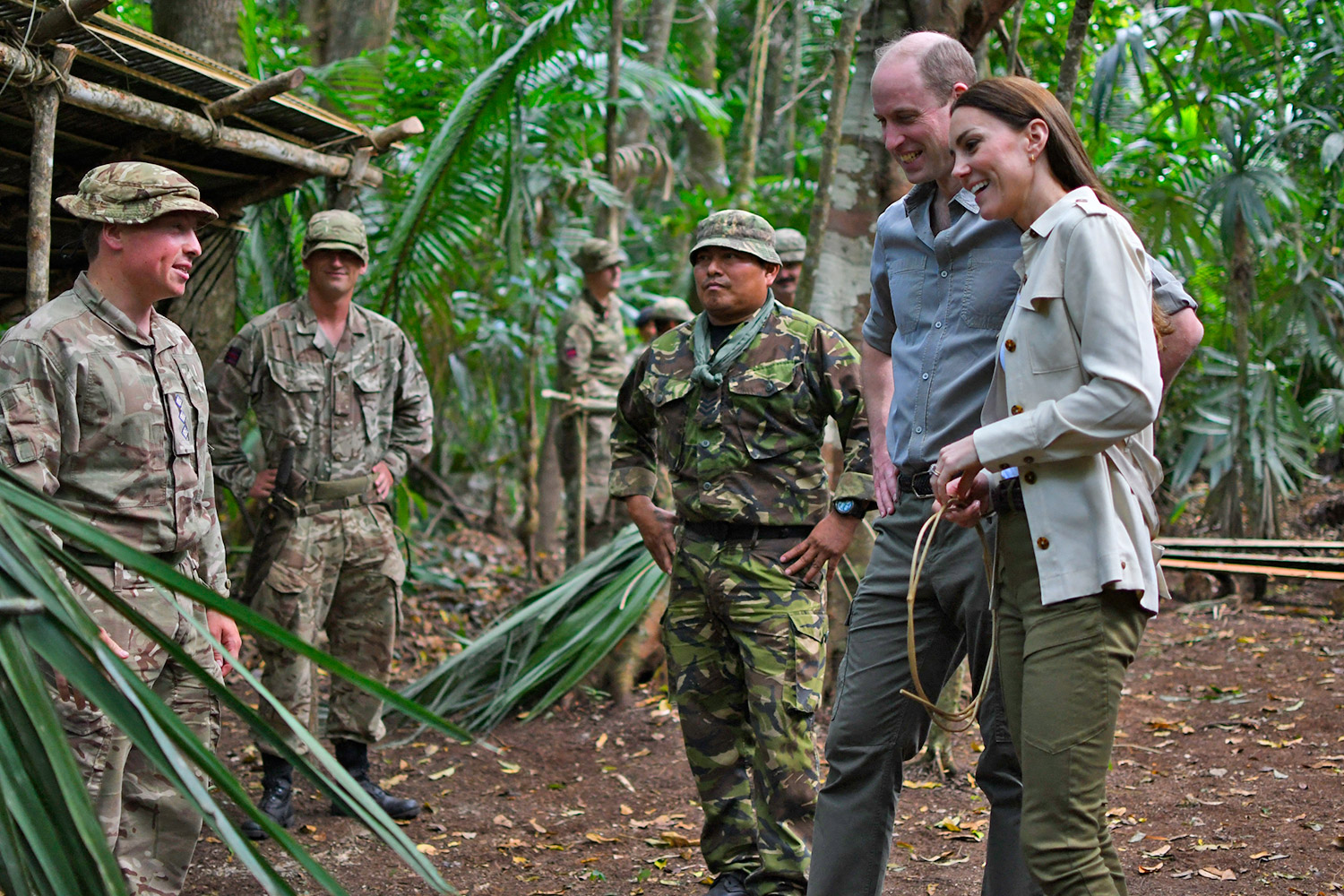 “Within our region, there is a definite push toward bringing home the head of state,” Henry Usher, Belize’s minister of constitutional and political reform, told The Washington Post. “I think it’s important that we can’t be having a head of state that’s living thousands of miles away and is not in tune with what’s happening locally. … The rallying cry in the Caribbean is that the people are sovereign.”

Treat Yourself: 5 Places To Eat In Style That’s In San Pedro Town, Belize

When You Vacation in Belize, Sojourn On the Beach With Chabil Mar