Belize City is one of the most overlooked settlements in one of Central America’s most beautiful countries, but it deserves its time in the spotlight. Because while many tourists depart immediately from Belize City to head towards a resort town like San Pedro, Placencia, or San Ignacio, the former capital of Belize City is rich in tradition, and it’s still a beating cultural heart for the country. Whether you’re in Belize City on business or simply looking for a city that allows you to take day trips out to both the beach and the jungle, here’s everything you need to know about visiting Belize City.

Belize City: What to Do 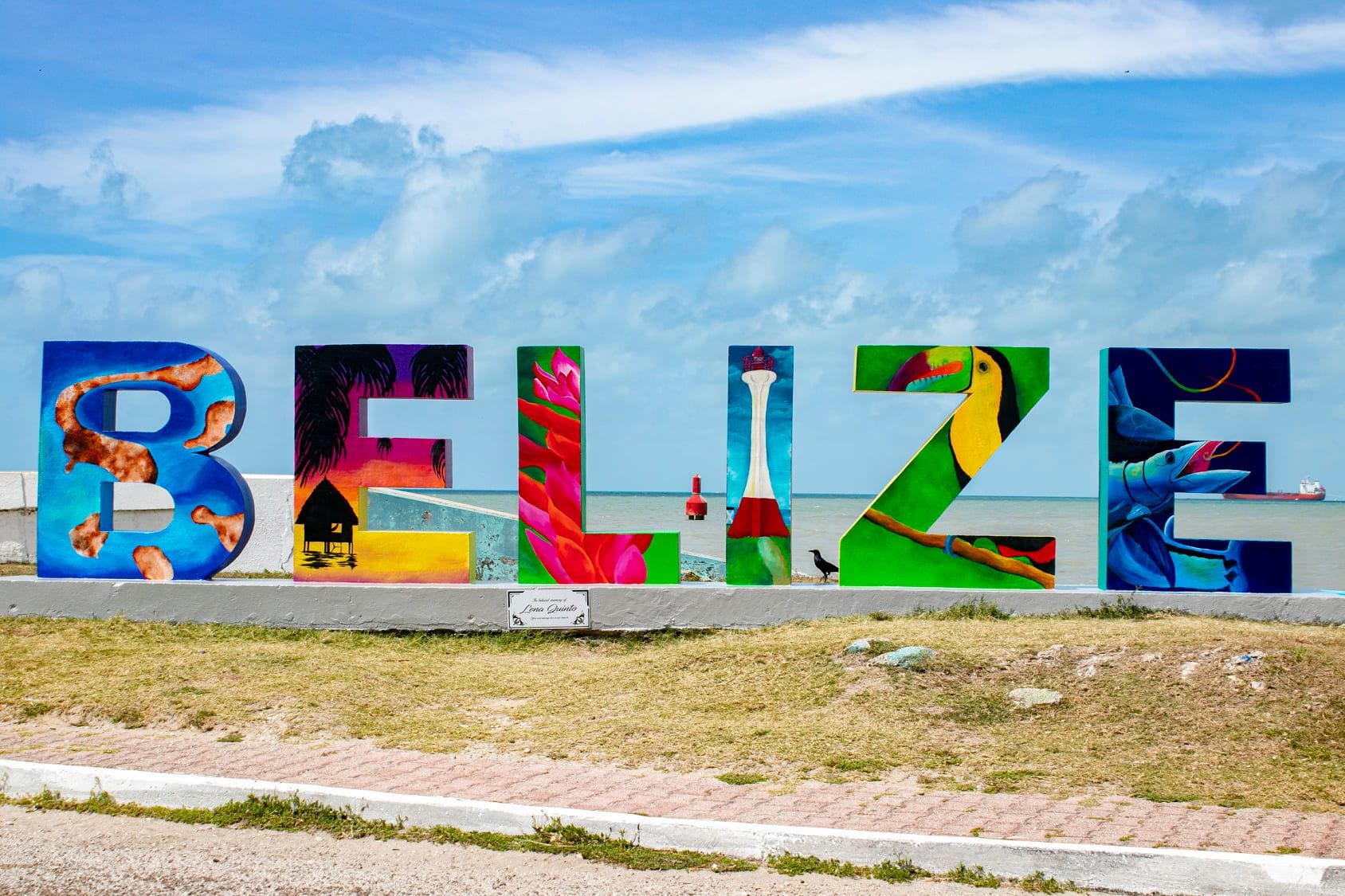 Belize City is far from a tourist town, but it is a modern and thriving metropolis with all of the opportunities that afford. Sightseers will want to pencil in the Government House, which was once the seat of power for Belize’s governors — while the Museum of Belize offers a fascinating look into the history of this Caribbean nation. Even cooler, it’s built inside a historic 19th-century prison from the time Belize was under British rule. And one of the best views of the ocean comes from Baron Bliss Lighthouse, which was created to honor one of the city’s most important historical benefactors. 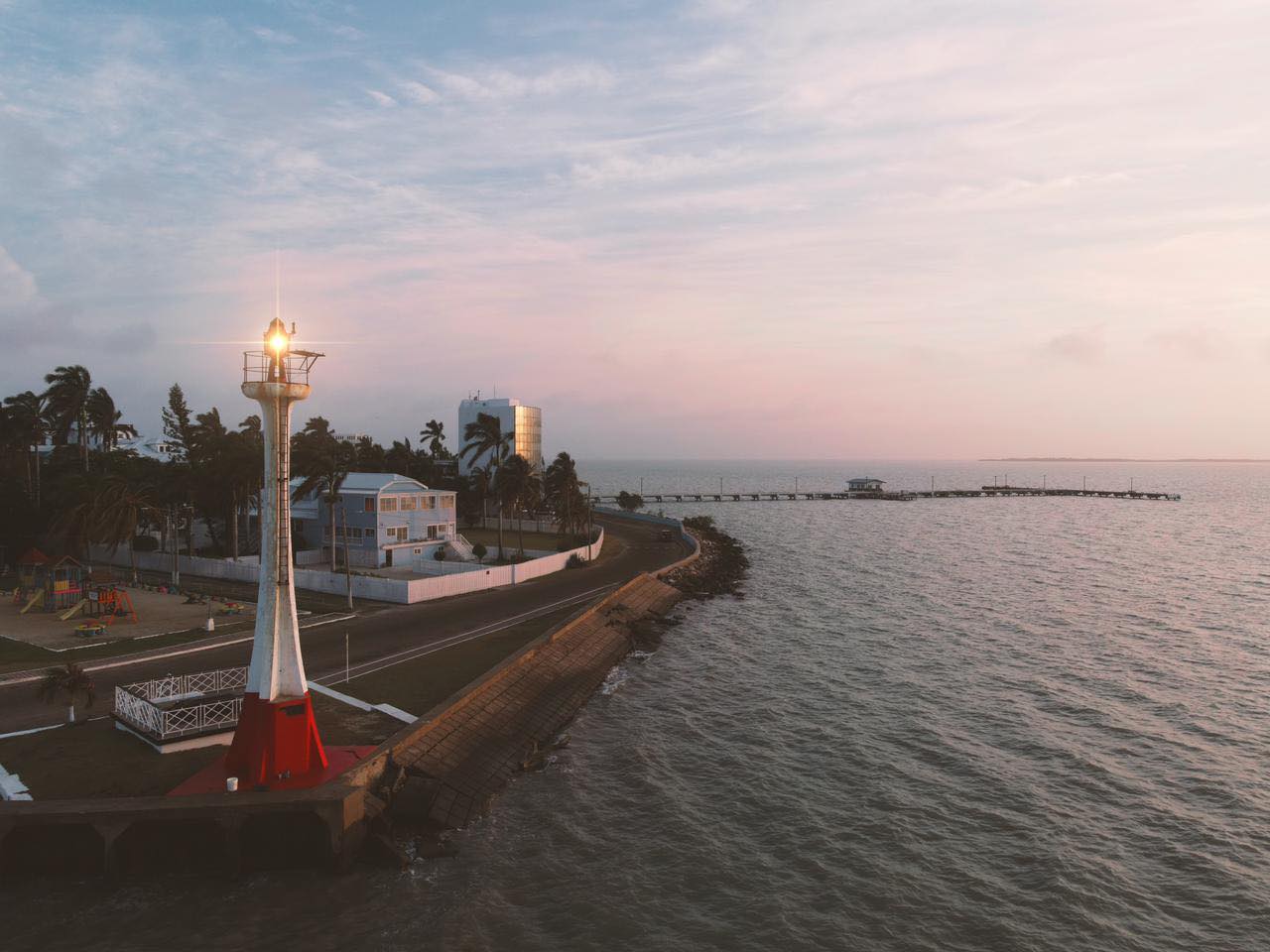 If you’re not much of a history buff, you’ll still find plenty of adventures to be had in town. The jungles of Belize are known for their diversity of life, and many of the more exotic creatures can be found at The Belize Zoo. Or if you decide that you want to see the fascinating fauna of this country in their natural habitat, Belize City is ideally located for adventures both on the water and deeper inland. The major islands of Caye Caulker and Ambergris Caye can both be reached by water taxi, and Belize City offers excursions out onto the Belize Barrier Reef as well as to popular dive sites like Shark Ray Alley and Hol Chan Marine Reserve. 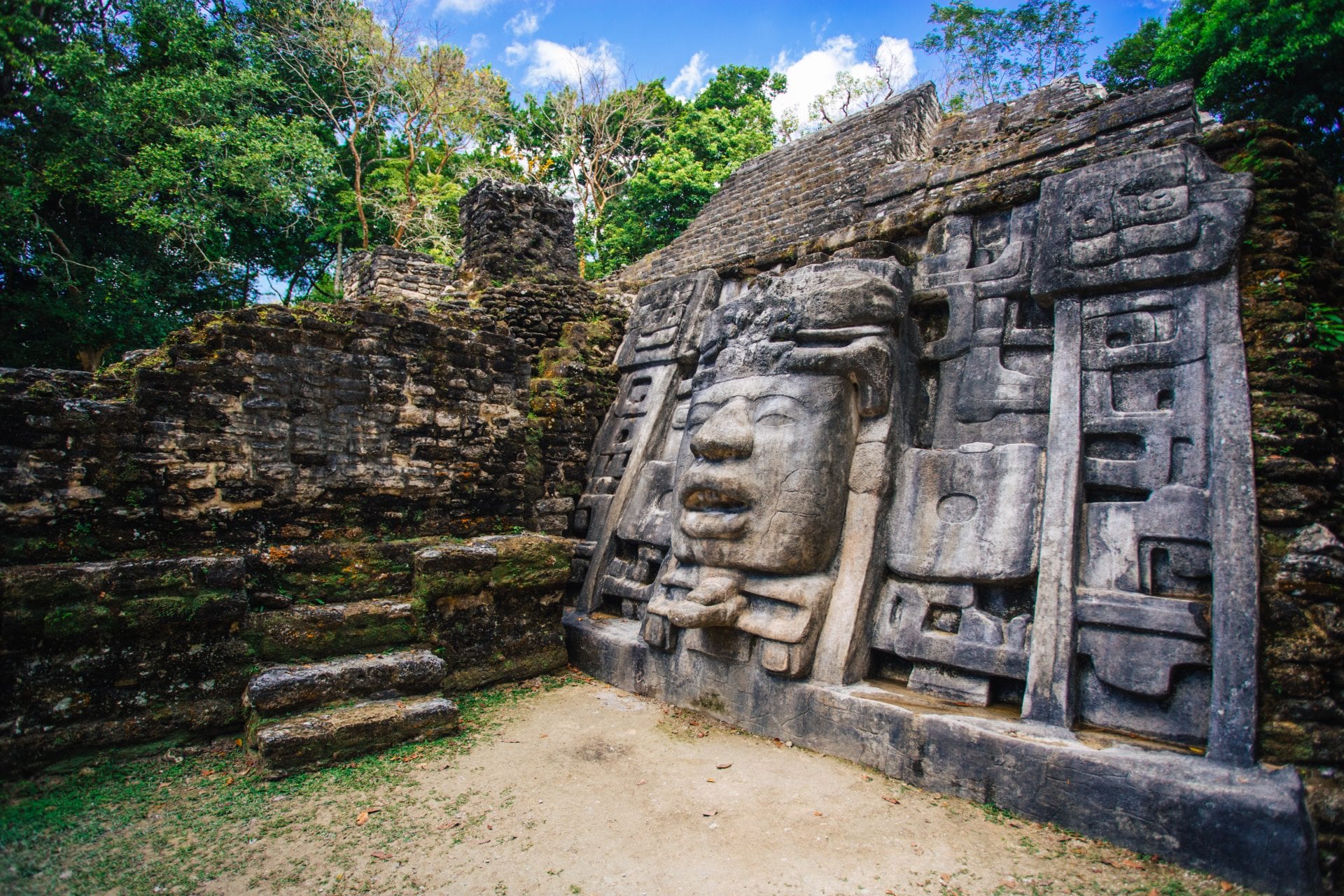 Whether you’re looking to go seeking out ancient cities or simply experience the wild, there’s plenty of day trip opportunities from Belize City. Lamanai and Altun Ha are two of the most popular and impressive Maya ruins in the country, while the Community Baboon Sanctuary lets you meet some of the local wildlife and see firsthand what life is like in a traditional Belizean village.

Belize City: Where to Stay 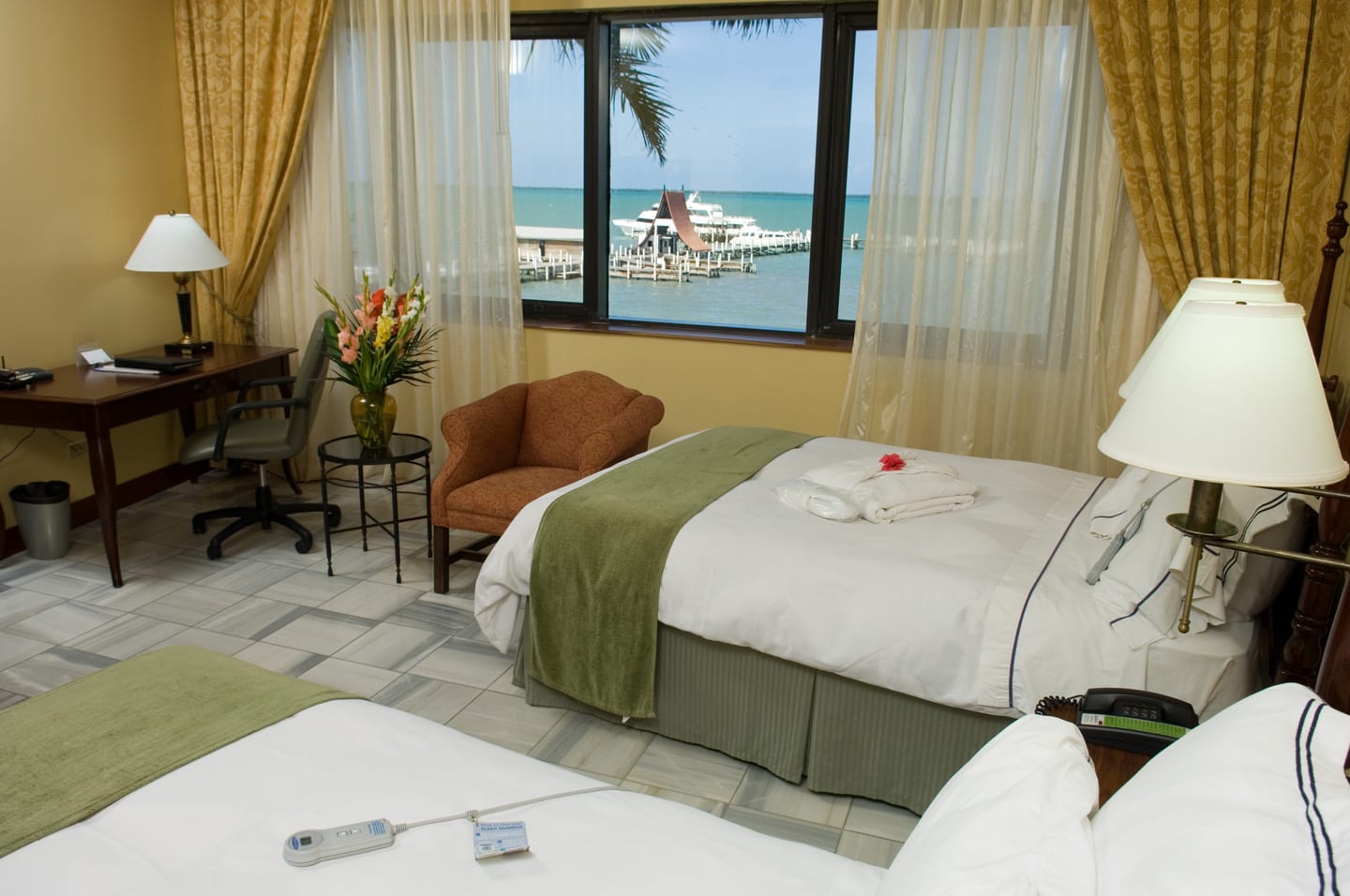 Rooms with a view at Radisson Ft. George.

Most of the major hotels in Belize City are concentrated closely together — but if you really want to experience the best that Belize City has to offer, you owe it to yourself to stay at the Radisson Hotel at Fort George Marina. The 102 rooms of the Radisson offer a tropical view, and they’re conveniently located near the major cruise ports and water taxis for easy access to surrounding excursions. But it’s the staff that will truly make your stay at the Belize City Radisson a one-of-a-kind experience. They can assist with everything from scheduling tours and excursions to setting up babysitting services so you can have a night out on the town.

And whether you’re here for business or pleasure, you can get everything you need to get done here easily. Wi-Fi is available in all the rooms, and a dedicated business center can keep you connected to the rest of the world with its photocopying and faxing services.

And when you’re done with that, you can pop into the 24-hour gym to get your workout in and then luxuriate at the on-site Spa Anew. Oh, and the Radisson is a pet-friendly hotel.

Belize City: Where to Eat and Drink

Belize City is the biggest metropolis in the country, but it’s still relatively provincial by the standards of many guests. As a result, the most active culinary scene and nightlife tend to be concentrated in the hotel district. That also means that staying at the Radisson will put you right in the heart of everything. In fact, the Radisson ranks as one of the more popular choices for both travelers and locals to kick back and unwind. 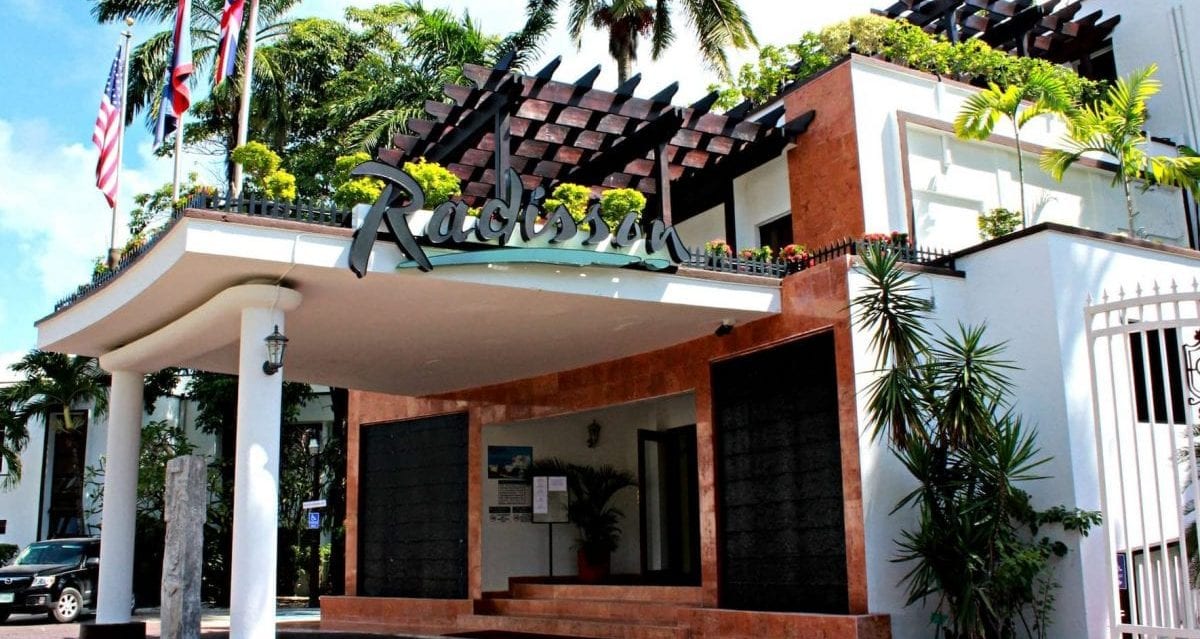 The number of restaurants on-site can be a bit intimidating at first, but it just means that whatever you want is right at your fingertips. St. George’s Restaurant gives you a taste of the fresh seafood that Belize is so renowned for, while Stonegrill Restaurant offers a unique experience where the chef prepares table-side meals over volcanic stoves. If you want something more low-key, the Radisson still has you covered. Baymen’s Tavern offers traditional pub food in a family-friendly environment, and they’re renowned for their regular live music. And if you just need a pastry before running out the door, you’ll definitely want to check out the fresh selection offered at Le Petit Café.