What It’s Really Like To Live In Belize, According To An Expat

When it comes to uprooting one’s entire life from the familiar and comfortable one is used to, the decision to do so is no easy task. A lot goes into the planning of moving to an entirely new country whether for work, retirement, or simply because a change of pace is needed. Not to mention, moving to Belize during COVID-19. In the latter, the Caribbean is often sought out to accomplish that laid-back lifestyle that many North American metropolises lack. And Belize is often chosen by many expatriates for this same reason. To Laura Balis, an American expat who moved from New York City to Ambergris Caye in 2015 to live in Belize, the journey to becoming a “San Pedrana” has been nothing short of exciting. 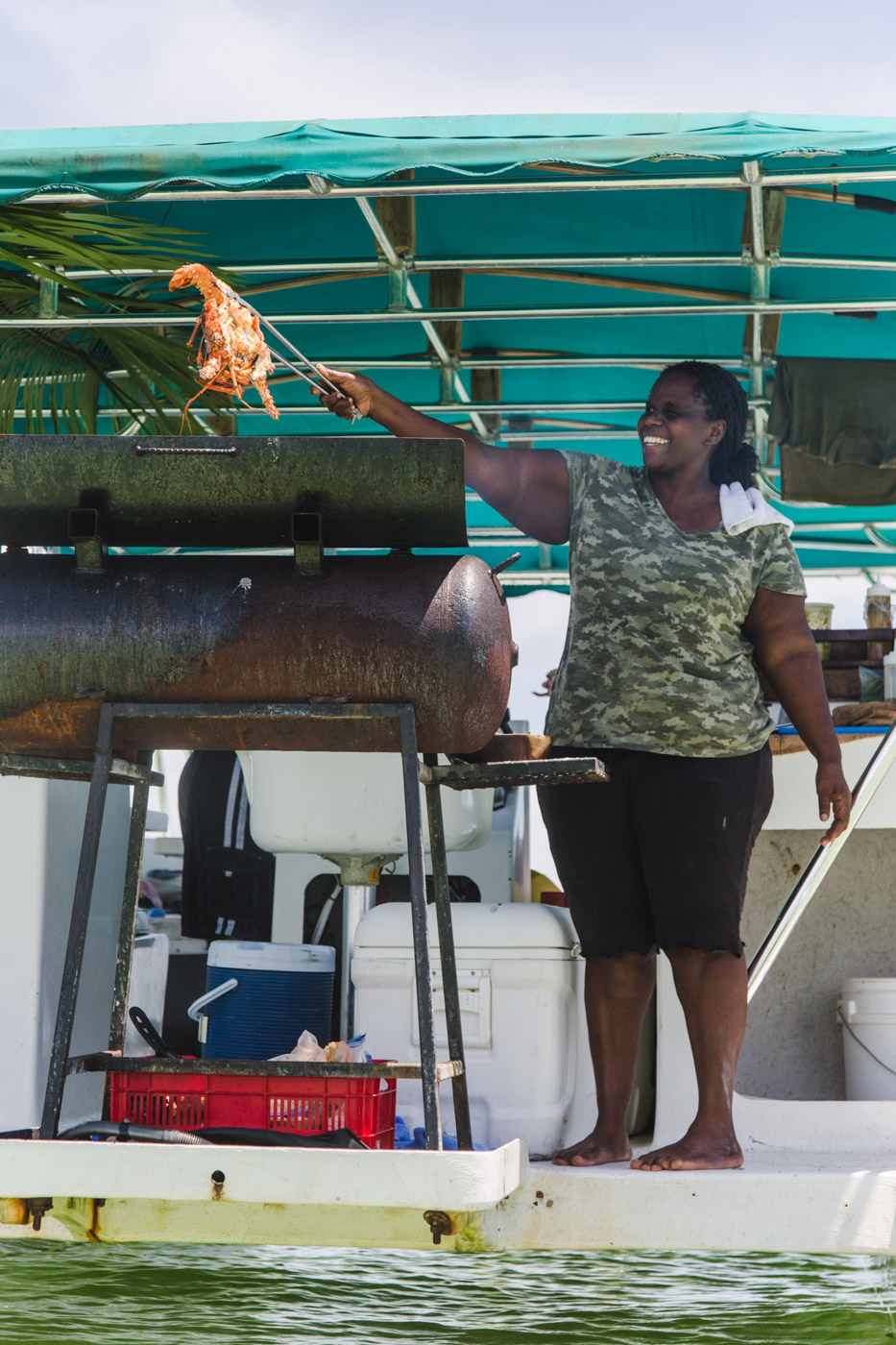 A healthy lobster gets grilled up while on tour with Copal Tree Lodge. Image via Life & Thyme

As someone who lived in the concrete jungle for 11 years, Laura has gotten her fair share of comments about what a cultural change it must’ve been to move to Belize. One of the biggest shifts was learning that Belizeans are warm and friendly people, a fact she realized quickly when interacting with the locals.

“Belizeans are so warm. They come at you with open arms and a smile, not judging you. They don’t really have some ulterior motive as to why they want to talk to you.”

Laura compared this to the culture in big cities where most of the time these sorts of behavior were usually motivated by a negative aspect. Here, when Belizeans ask how you’re doing, they genuinely want to know. 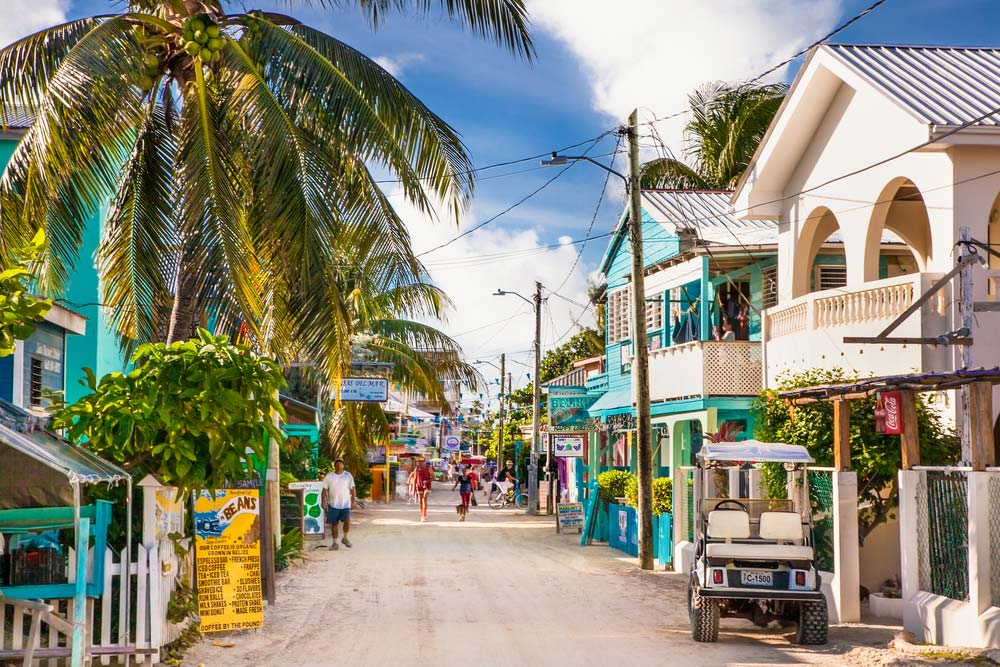 “Walking around in Brooklyn, if a guy says ‘good morning’ or acknowledges you in any way, he’s always hitting on you,” Laura said. “But here, that’s not the case. You can actually say hi and respond.” As someone who lived in a city with a constant bombardment of people being in her space, Laura had to learn to be dismissive of any stranger. Now, she lets other tourists and friends know it doesn’t have to be that way in Belize. This goes back to the warmth and friendliness of Caribbean people. On Laura’s first trip to Belize back in 2009, she stayed in Caye Caulker for a few days, where she came to fall in love with, well, everything. She recalls being fond of the music, food, weather, and people. 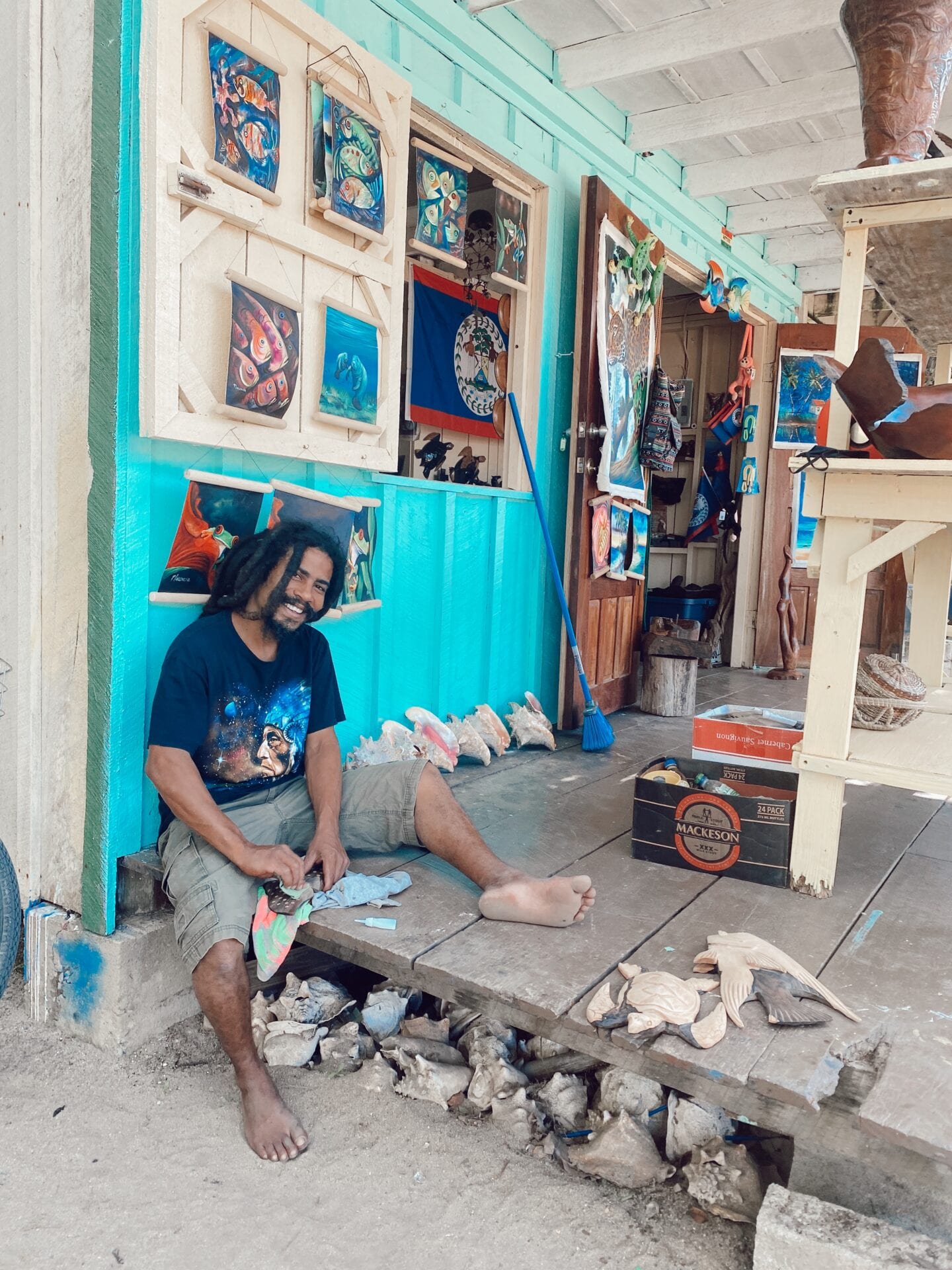 Smiles from a local artist in Placencia Village. Image via Carolee Chanona

“I loved how everyone is just joking around all the time, laughing and just living in the moment.” 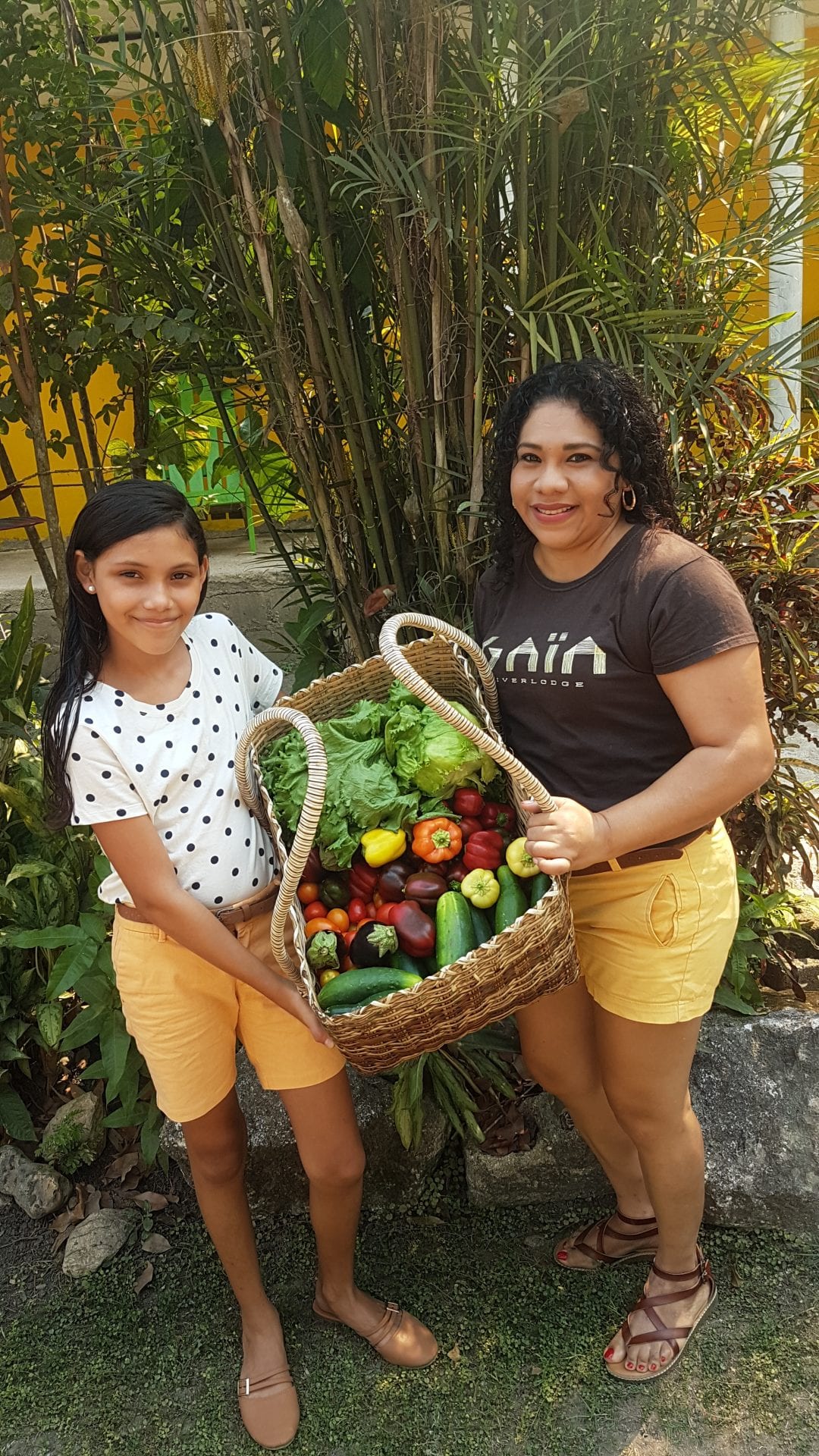 When speaking about what it’s like to live in the expat community in Belize, Laura says the support is blatant. “I never even really knew what ‘community’ meant before I moved to Belize.” She says she always knew what the word meant on paper, but it wasn’t until meeting the locals, the expats, and joining the Facebook Groups in Belize that the sentiment really hit home.  In addition, being on an island and the confines it provides gives that sense of warmth and welcome everywhere you go, Laura adds.

One of the biggest realizations when moving to Belize is learning that less is more. Laura began to appreciate things more, and while living in New York had its own perks, Belize really did have the lower cost of living she was looking for. 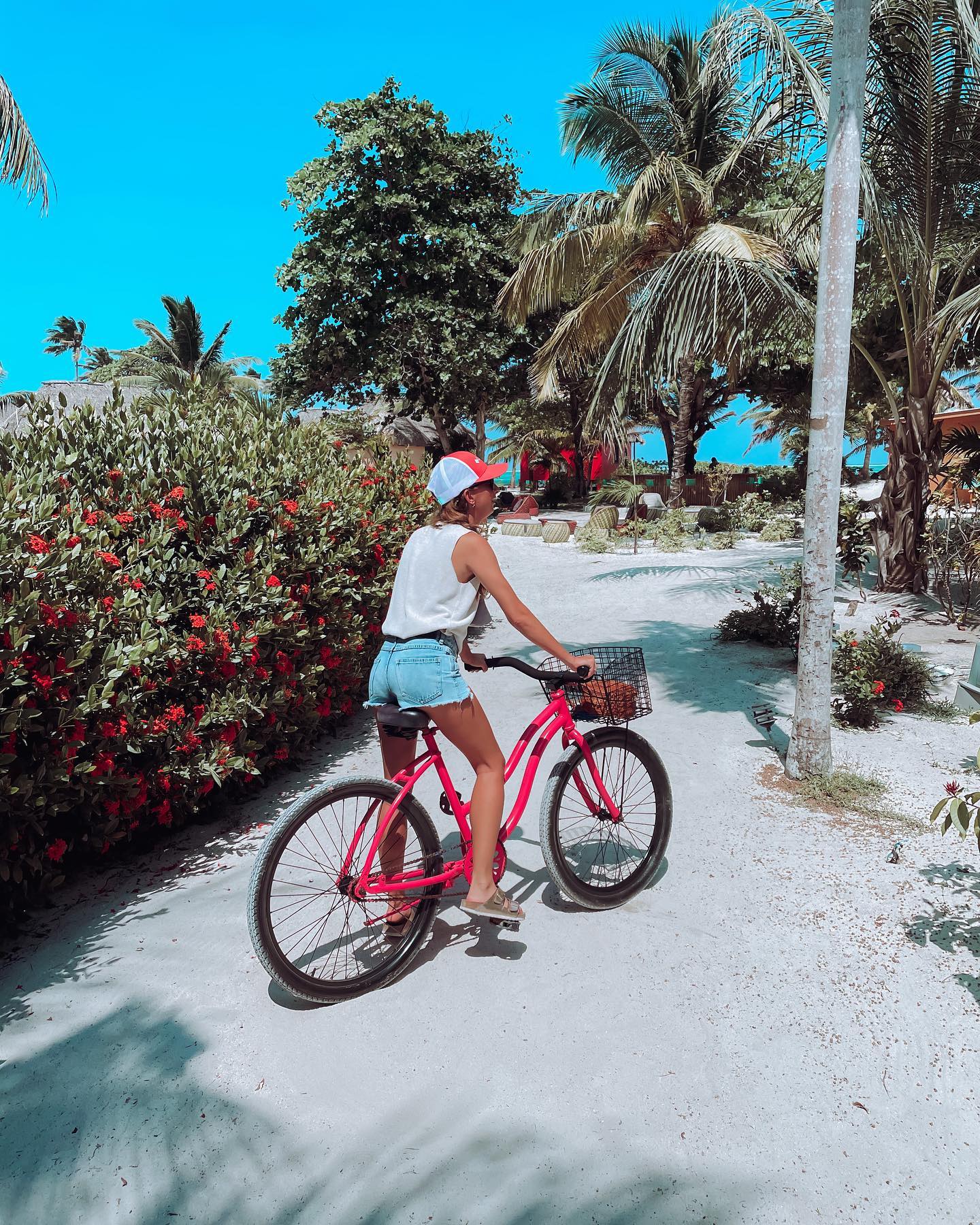 Glide through San Pedro Town, thanks to complimentary bikes at many resorts. Image courtesy Roeming Belize

“You just need a lot less to have the same quality of life in a lot of ways. It’s nice because you can be more of a minimalist.”

An example would be the warm weather. Whereas in the United States you may need to be armed with snow boots, coats and other winter wear, in Belize none of those things are needed.

While moving to an island doesn’t necessarily mean you’ll be on the beach sipping rum every day, it’s still a dream come true for many. Especially considering moving to Belize to live fits the bill for many as an expat; Belize is English-speaking, low cost of living, and your neighbors are probably the best people in the world.

U.S. To Donate 5.5 Million Doses of COVID-19 Pfizer Vaccine To All 15 CARICOM Countries

Just Listed: Inside The Most Successful Resort and Residential Development in Placencia

The Best Places To Live In Northern...

Change Your Latitude with a Margaritaville Seafront...

Why Now Is The Right Time To...