Our StoriesTravel FeaturesWhat to Do in Belize

Wahoo! The simple term can simultaneously describes a pelagic game fish and excitement for their ferocious run on the reel. Best known to sports fishermen for their high-speed chase and high-quality flesh, the Wahoo is a prized game fish species. In Belize, they’re most concentrated during the cooler months of October – February. Belize brags some of the best Wahoo fishing in the Caribbean with landings often in high numbers. Additionally, it’s high reproductive output and fast growth rate have buffered it from overfishing. Plus, it’s delicious!

Sometimes marketed by its Hawaiian name ‘Ono’ (meaning tasty), Wahoo (Acanthocybium solandri) brags a pointed snout, narrow-body, and long dorsal fin with razor-sharp teeth, making it one of the fastest predators in the sea. As a pelagic fish, wahoo will inhabit open ocean waters (versus bottom dwellers such as snapper and grouper) and tend to congregate in schools.

Therefore, it’s not uncommon to double or even triple up the bite when targeting them specifically through trolling, whether at a high-speed troll or slow-trolling with colorful lures or bait. And while trolling is often described as a game of patience, the lively bite from the Wahoo will be sure to wake things up. Clocking in at speeds over 60 miles an hour, the strike of this fast fish sings off the reels with a whizzing ZzZzZ. Any angler will agree that hearing that reel scream is the best part of wahoo fishing! Excitement taunts its vertical stripes to cascade down the length of its body with colors anywhere from contrasting silver and gold to blue and purple, making the iridescent ‘lit up’ wahoo a gorgeous photo op.

Popular wahoo grounds in Belize are all 3 coral atolls (Lighthouse Reef, Glover’s Reef, Turneffe) but ultimately depends on where schools are congregating. This time of year, most fishing tours will take advantage of the lively bite and have guests hooked up in no time. Pelagic fishing charters include Blue Reef Adventures, GoFish Belize, and Freedom Tours to name a few.

This season, a Wahoo Challenge will be held January 18th and 19th, 2020 at the Dive Bar Belize in San Pedro, Ambergris Caye with prizes, live music, and even a children’s inshore tournament. Despite Wahoo being a migratory species looking for the right combo of prey and water temperature, lucky fishers sometimes get the odd bite any time of the year, just not in substantial numbers. At the end of the day, be sure to enjoy its delicate, flaky texture grilled, blackened, sautéed, or raw in sushi and poké. Tight lines, anglers! 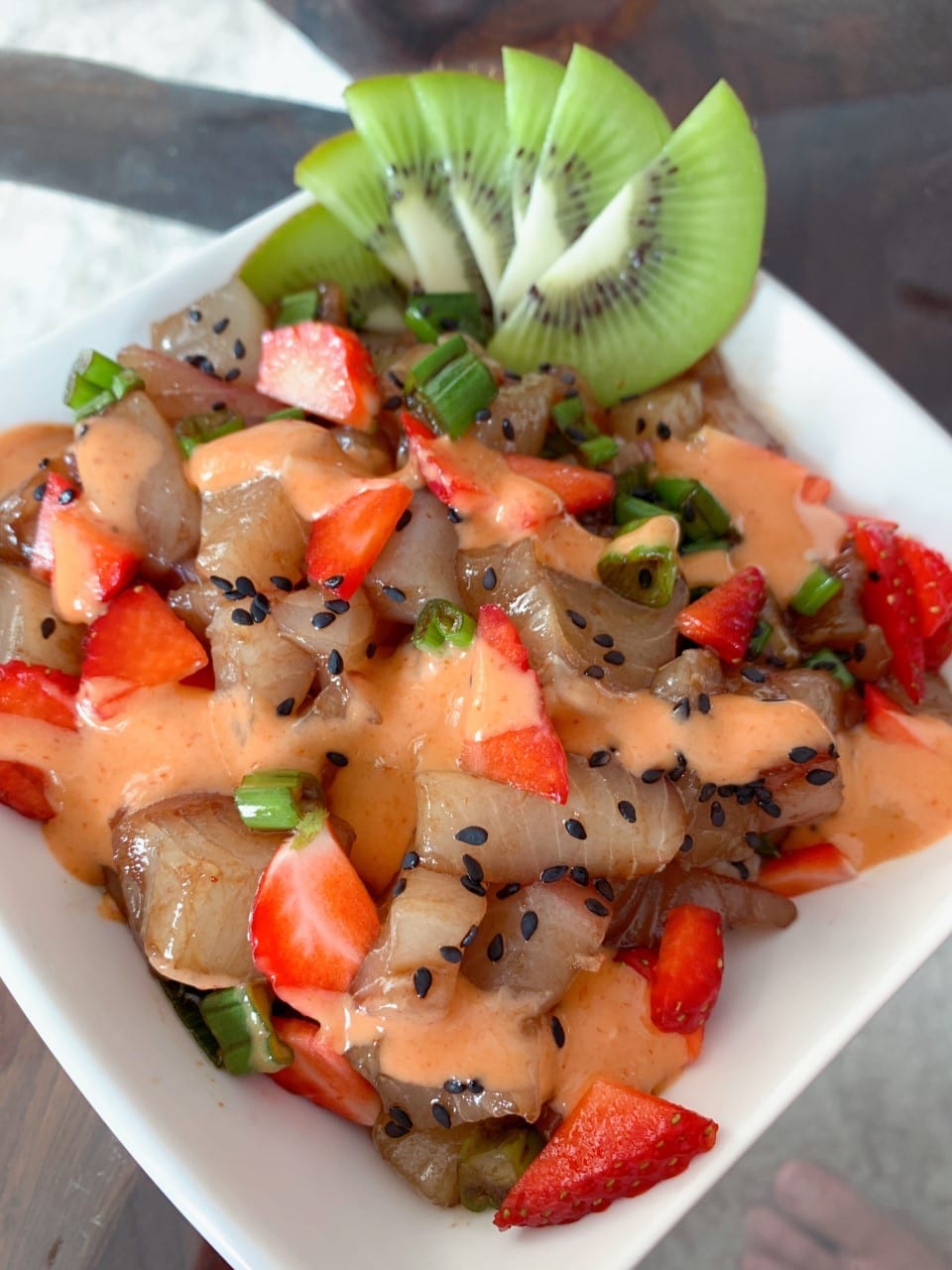 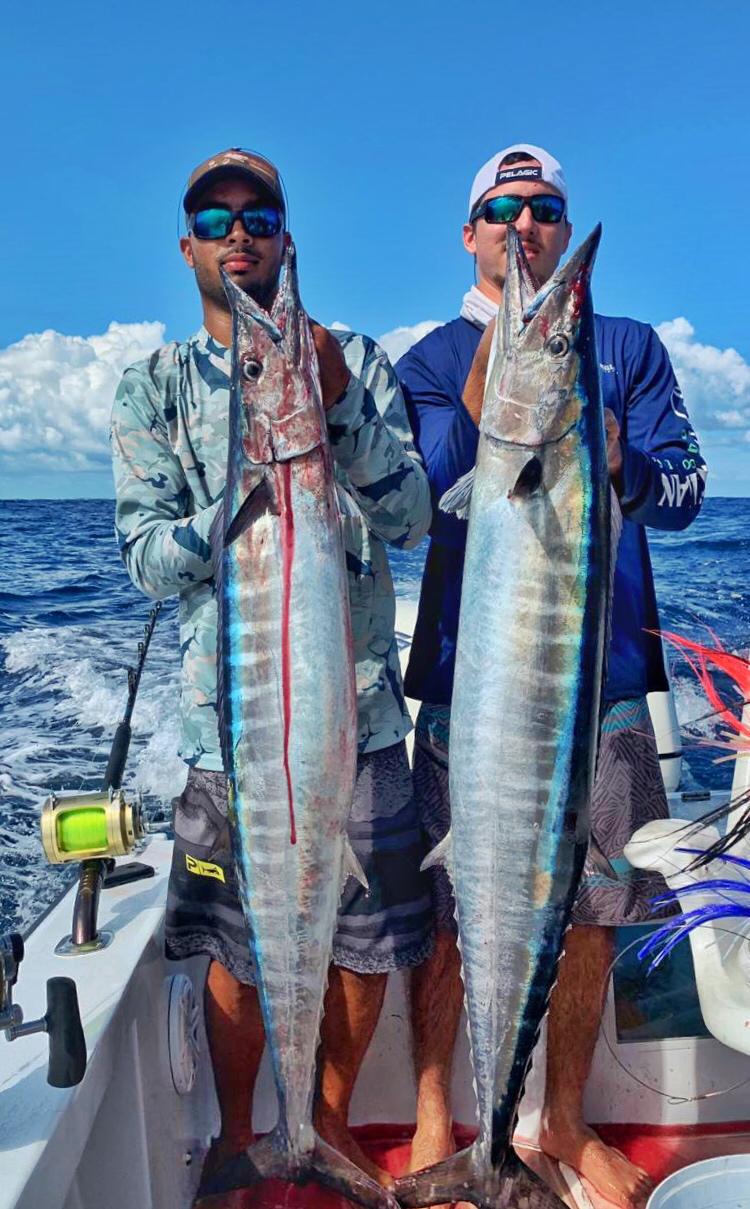