Belize VacationConservationOur StoriesWhat to Do in Belize

Alas, Shark Week 2020 has come to a close. While we enjoyed cozying up to our TVs learning more about the species that’s older than the dinosaur, we’re longing for a close-ups of sharks that’s not on our screen! So why not use Shark Week 2020 to plan a swimming-with-sharks trip for post-pandemic travel? Here’s a few sharky discoveries in Belize to inspire your future travel planning.

take a bite out of life

While it’s possible to see and swim with a variety of sharks, including whale sharks, in many places off Belize, one of the most popular spots is Shark Ray Alley. It’s a snorkel and diving spot in Belize’s Hol Chan Marine Reserve. It used to be a popular area for fishers to clean their catch, and sharks and other fish quickly figured out they’d get a regular free snack just by hanging out at the right time. Besides, the sharks here are gentle nurse sharks. The only time a human is at risk from them is if they accidentally step on one or if they harass them. In Shark Ray Alley, they’re very used to snorkelers watching them feed from several feet away. It’s an adrenaline rush to be in the water with a dozen of these fish that can grow to about ten feet in length. Those who don’t want to get wet can watch from the boat and marvel at nurse sharks’ unusually smooth skin that sparkles in the Belize sun. 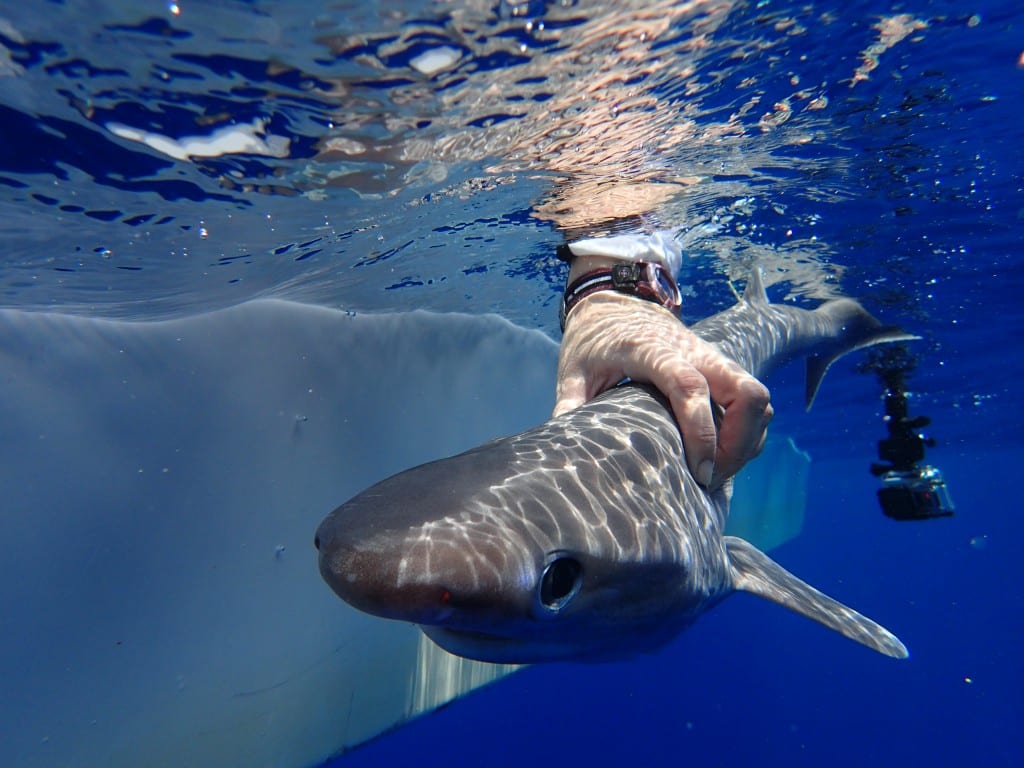 Mar-Alliance had been working with local fishers to conduct research on sharks in Belize for more than 20 years and a couple of years ago they began to research the deep sea sharks as well. One of the very first deep-sea sharks they caught was right off the barrier reef at around 800 feet deep; they thought that was the “Bigeye Sixgill shark” (Hexanchus nakamurai). This species was considered to be distributed world-wide in deep waters but because it lives at such extreme depths very little is known about it, especially in the western Caribbean Sea. They then took a small piece of the fin for genetic analysis, tagged and released the shark. Since 2016, Mar-Alliance has captured, tagged, and released nearly 30 of these sharks, with most of them found off the coast of Ambergris Caye.