Late Landing? Why (And Where) To Stay in Belize City For A Layover

Late landing for a layover or not, no time is ever wasted in sunny, laid-back Belize. Because Belize’s one-and-only international airport is actually found about 10 miles outside the city, it might be dodgy to make it in time for the last water taxi run from the City or to start your road trip on unfamiliar highways at nightfall. Immigration, customs, baggage claim, and transport cuts it close for the 5:30 pm boat ferry if your budget doesn’t allow for the last Maya Island Air flight to San Pedro at 6:40 pm. After all, it’s here that all international flights to Belize arrive at the Philip Goldson International Airport (PGIA), which has long made Belize City a famously touted stopover destination. But at its heart, the long-overlooked destination is convenient. So why start your Belize vacation in a rush? Here’s why (and where) to stay in Belize City for a layover before your next domestic destination.

Slow Down To Belize Time 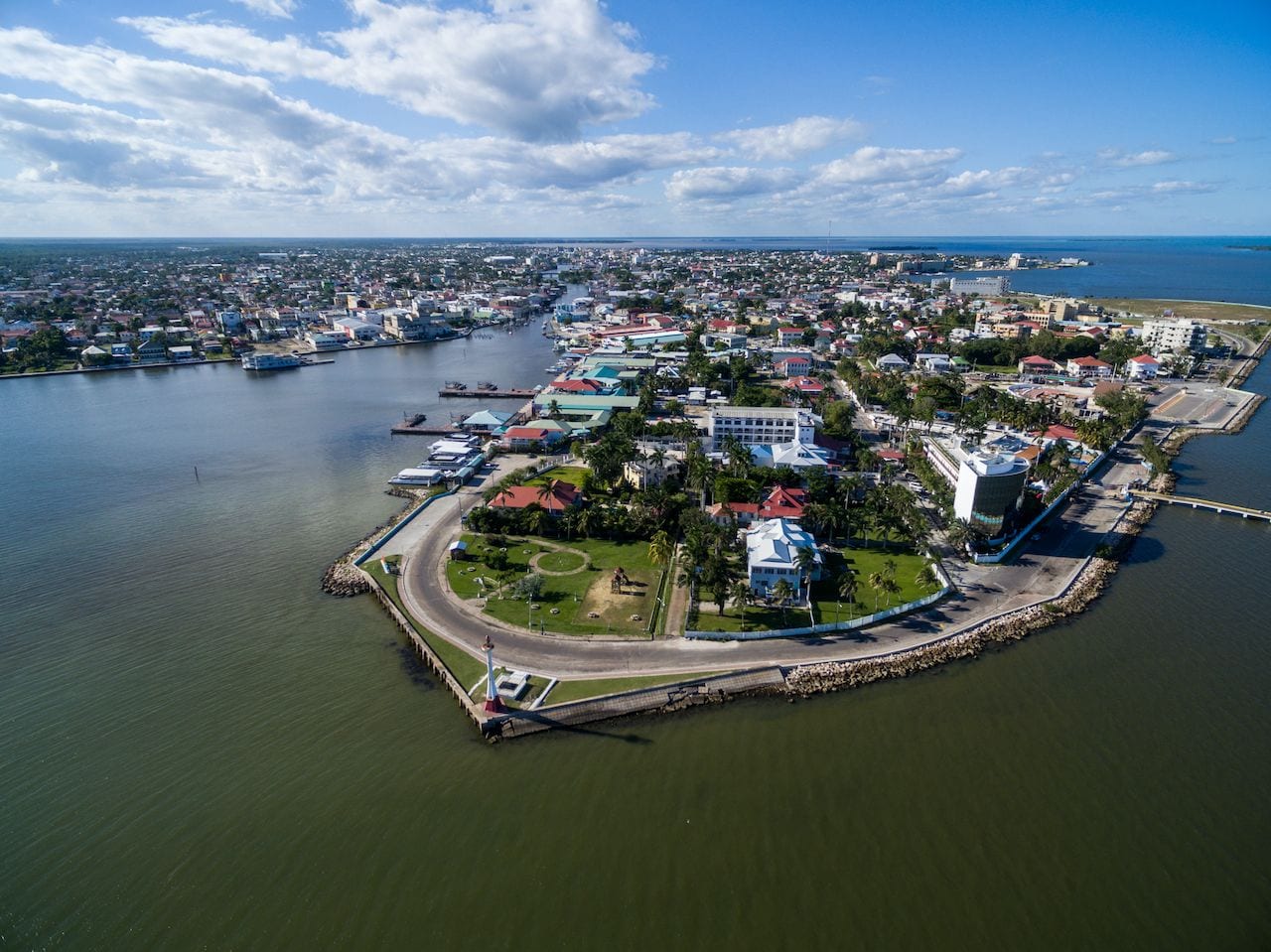 American dollars aren’t the only thing you multiply by two once you’re in Belize. You’re on vacation now, which means you can slow down and savor the local pace too. Infact, take the Radisson Fort George Hotel all-glass sea-facing building; from your room, the lulling Caribbean Sea is just across the street. Grab a cup of coffee from its onsite Le Petit Café and take it to go: sipping from your seat on the seawall is the perfect way to perk up after a long day of traveling.

Layovers can be a great way to explore a destination before hopping on a connecting flight, but squeezing in the time to get to and from the airport and explore a city in just a few hours can be tricky. Rest your head at the Radisson with an average 376 ft² at your disposal, which is made even easier with the hotel’s Sleep Number® bed and pillow menu too. 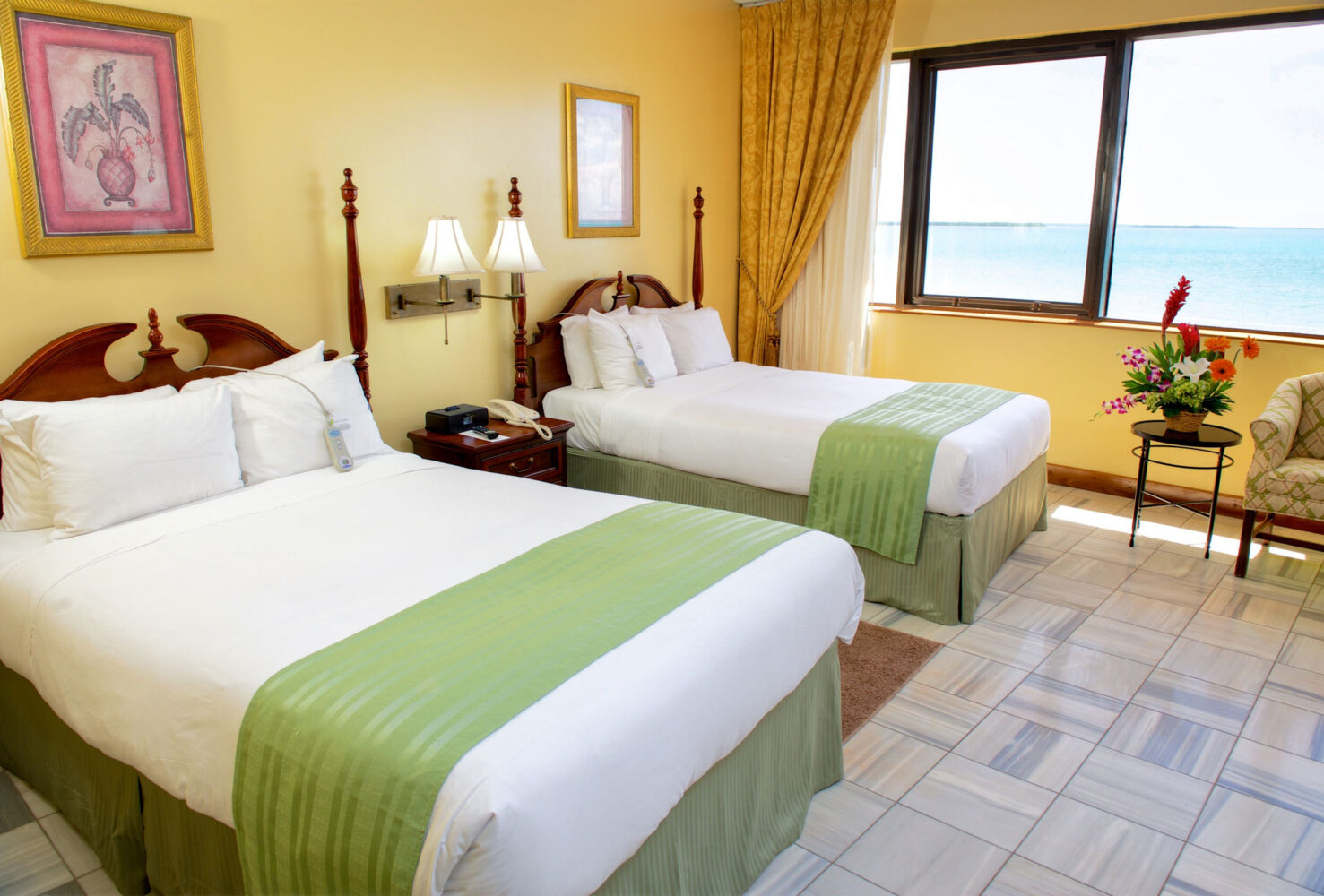 With an overnight in Belize City, you’ll have the chance to learn a bit more about the destination (outside its heavily marketed tourist hubs), plus a chance of really great eats.

Maximizing the sights, sounds, and stops along the way 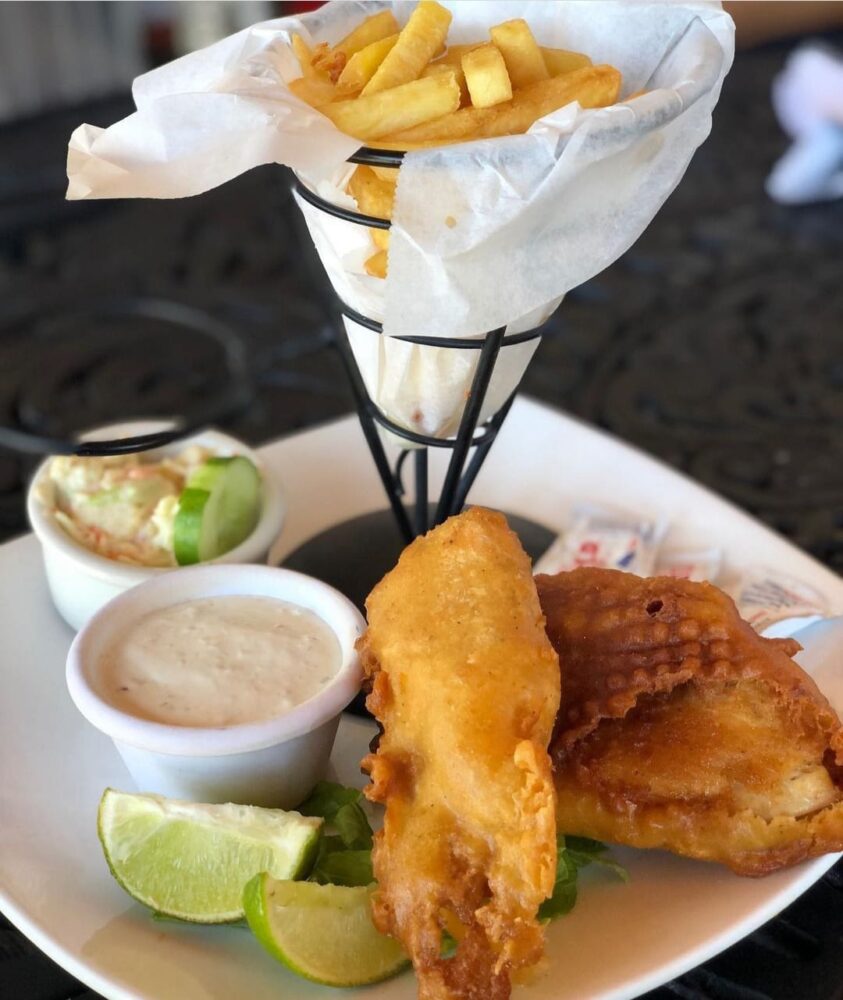 Grab catch-of-the-day at Radisson’s Baymen’s Tavern, like crispy fish and chips to be devoured from its patio or gardenscape. Next door at The 501Hub, just off the promenade of Marine Parade, doubles its eclecticism in both its menu and venue; find Belizean twists like stuffed fry jack sandwiches and colorful murals. For a cocktail, head to Cork Street; refurbished interiors of a classic colonial house mean its sophisticated, cozy alcoves boast all the warmth of its Mahogany paneling. Best part? No rental car necessary for any of these attractions: head to either neighbor on foot at just a 2-minute walk away.

Consider your “boring wait” in Belize City a bonus sightseeing adventure too. Take a city tour for sightseeing marvels like St. John’s Anglican Church—completed in 1820 with bricks that were used as ballast aboard ships, the cathedral was the first church to be built in the colony of British Honduras. There’s also the historical Swing Bridge, first erected in 1818 as a wooden bridge to later be replaced in 1923 by a metal bridge; it’s considered a time capsule back to British Honduras, where the only hand-operated bridge in the world regularly swung out to connect the north and south side of the city. And if you’d rather your vacation to start by chasing spirits, head to the Travellers Liquors Heritage Center; guests discover one of Belize’s most historic distilleries with a story that dates back to 1953, while also tasting some award-winning rum. 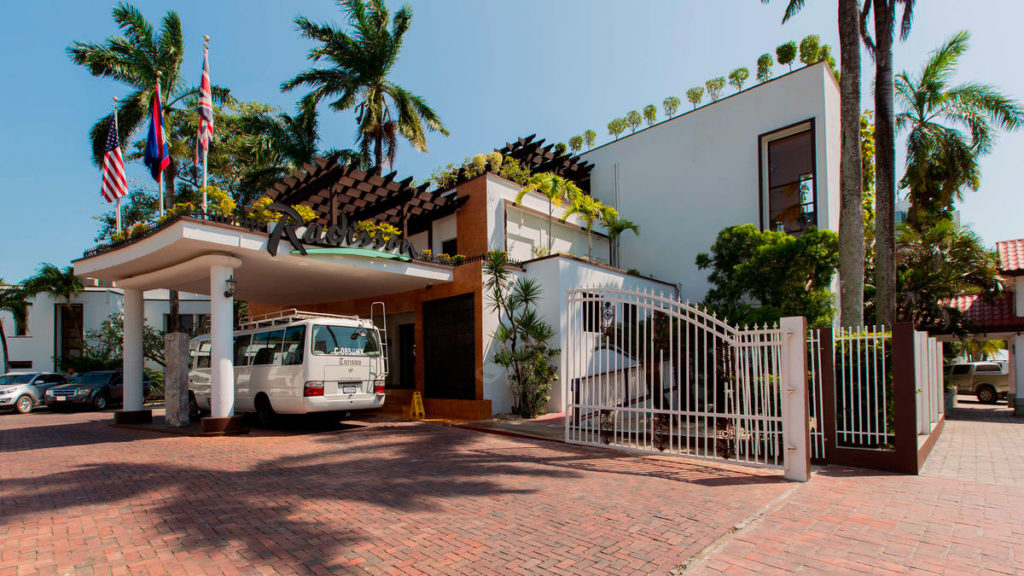 Head back to the Radisson Ft. George for a perfectly timed check-out (at 12:00 pm, if you were wondering), and head to your final destination showered, refreshed, and rejuvenated for your Belize itinerary ahead after your rest stop overnight in Belize City. Whether your vacation holds challenges like back-to-back two-tank scuba dives or simply picking your ‘cocktail of the day’ from the resort pool’s swim-up bar.

10 Things To Do On Your First Trip to Belize

Thinking Of Taking A Babymoon? This Belize Resort Might Be Your Best Bet