Celebrate Christmas the right way with some rum popo (the Belizean eggnog), thanks to this recipe! Rum Popo is a rich creamy blended traditional drink made in Belize that is similar to egg nog. This drink, dating back hundreds of years, is typically served in Belizean households as a celebratory drink shared with family and friends but can also be found in restaurants and bars all throughout the month of December. Almost every home in Belize makes their own version of rum popo. The creamy drink is also used as a unique homemade gift between family and friends during the holidays. 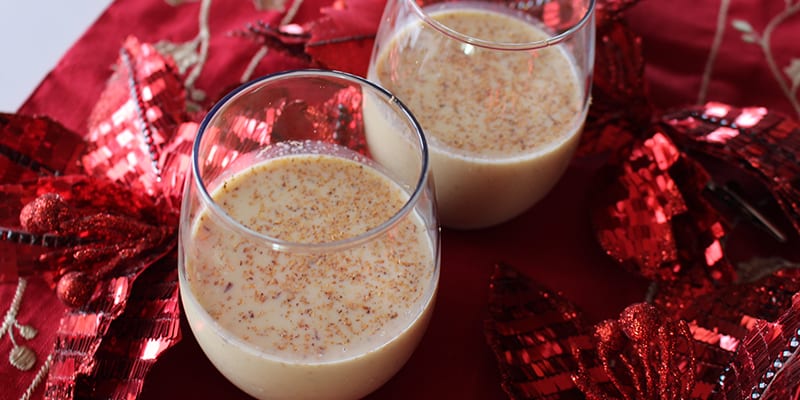 Sure you can purchase rum popo (egg nog) in stores, but once you try homemade, you’ll probably stick to making your own rum popo each year and won’t want any store-bought rum popo again!

When preparing your rum popo, it may be tempting to drink it right away while it’s still frothy and fresh, and though you can, we recommend letting it age a bit as it will taste better that way.

If you’re not able to take a trip to Belize this Christmas, we’re bringing Belize to you! We’ve provided the Flavors of Belize Rum Popo and Egg Nog Recipe below. We hope you enjoy these recipes as much as we do. Cheers and Happy Holidays!

Whisk egg yolks and blend in cream, sugar, milk, rum, vanilla, and nutmeg. Chill for 2 to 3 hours. Beat egg whites until fluffy and fold into egg yolk mixture. Looking where to get your hands on Belizean rum for your rum popo? Visit Travellers Liquors Ltd. where you can find a variety of tasty rums to incorporate into your recipe. Or, use their Belizean rum to spike your own.

Ray Caye: This Sunny Belize Island is Like No Other

Where To Find The Best Conch Ceviche...

Where To Find The Best Pizzas On...