Someone says, “Let’s go snorkeling.” Do you A) immediately go find your flippers; B) book the next open slot for a tour guide, or C) already have tan lines from last weekend? Technically, it should be all three if you’re spending a summer in Belize. If you can swim, chances are — you can snorkel. Whether you’ve spent a summer in Belize more times than you can count, or are still daydreaming about checking it off from your post-COVID bucket list, one thing is for certain: snorkeling the second-largest barrier reef in the world is something you must do. There’s simply nothing like taking in the sun and surf from atop the Belize Barrier Reef, that is of course unless you’re doing it from your own private vacation rental on an island just a stone’s throw away from the international airport. This year, kick your summer adventures up a notch by exploring these three top snorkel spots from St. George’s Caye for a Belize vacation to remember. 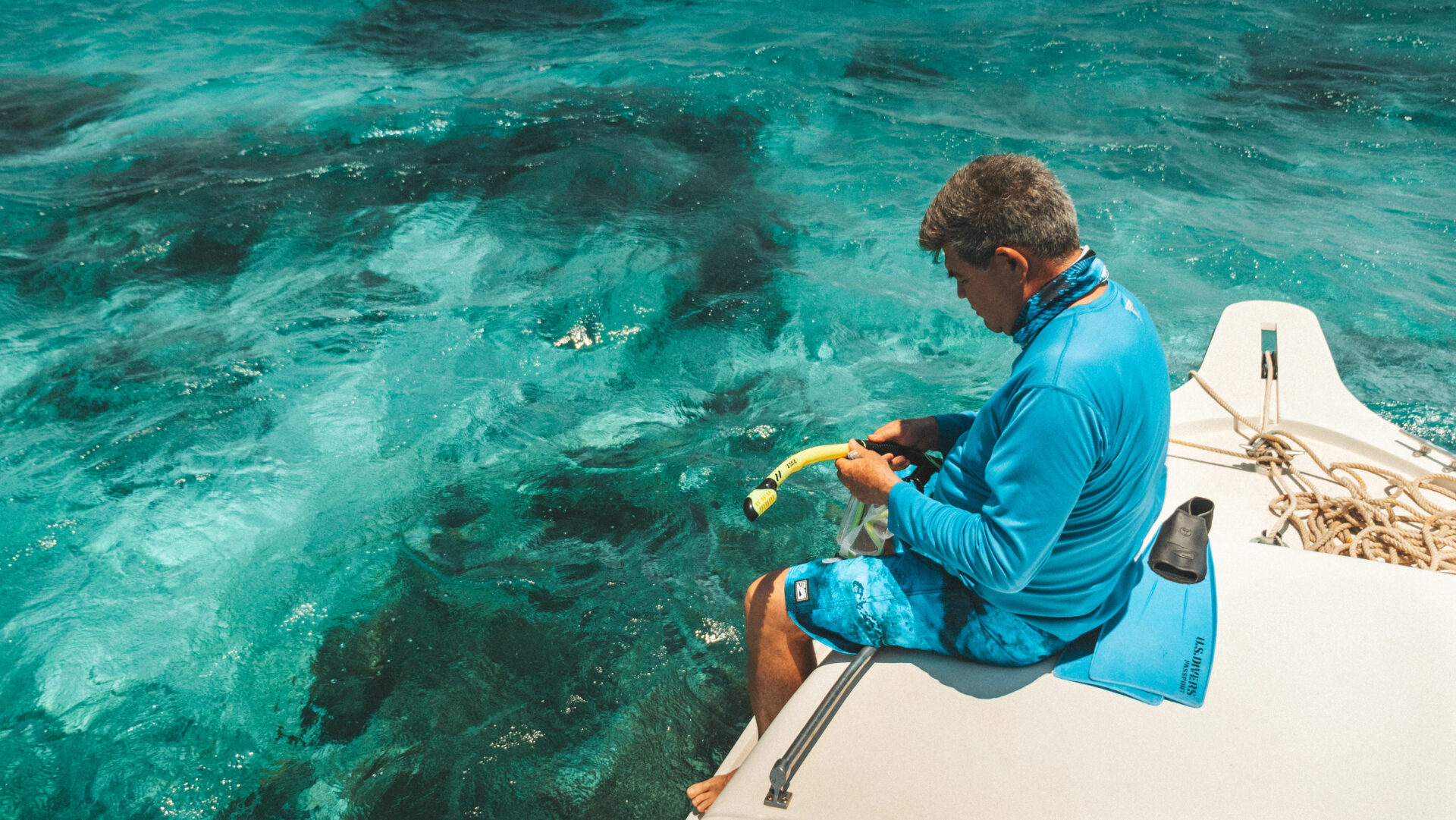 It doesn’t get much better than that…until it does. On an island just 9 miles away from Belize City that’s made up almost entirely of vacation homes, Casa Al Mar is giving guests who book direct reservations a sweet deal — on top of all the exclusivity it already has to offer. Guests start their experience by a private transfer from the Philip Goldson International Airport to the dock in Belize City, where a private captain awaits to whisk you away to island living. About 20 minutes later, Casa Al Mar’s bright minty exterior emerges n the sunny stretch of sand and grass that houses the island home (yes, the property is directly on the beach). Snorkeling is included complimentary in any of Casa Al Mar’s all-inclusive packages. 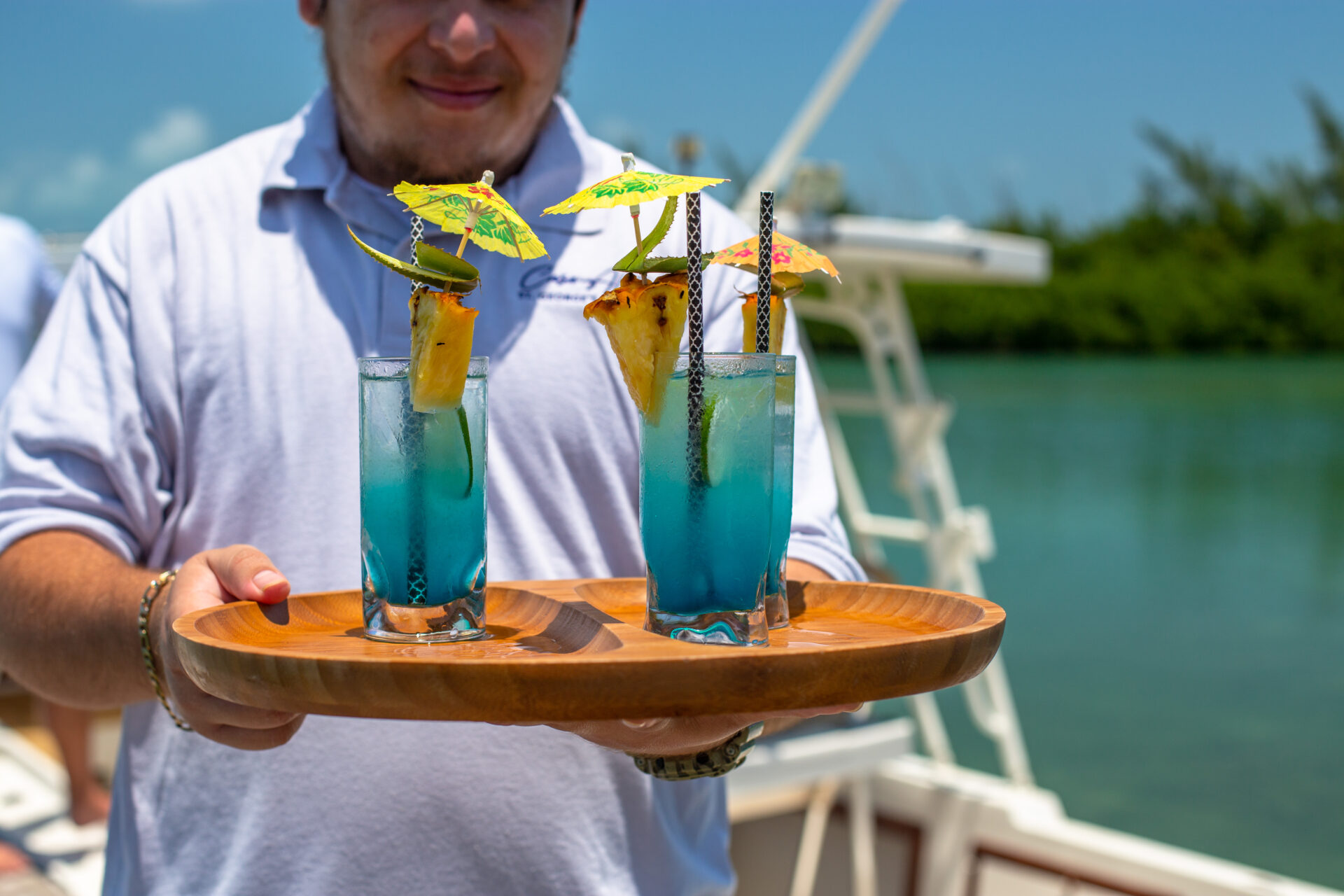 Once guests are checked in and unpacked at Casa Al Mar, they can immerse themselves in a host of seaside activities, including snorkeling, kayaking, paddle-boarding, fine dining, or swimming off one of the property’s two private docks. Plus, boat rides to the UNESCO-protected barrier reef that beckons just offshore, easily accessible from the Casa Al Mar. Here’s where to head! 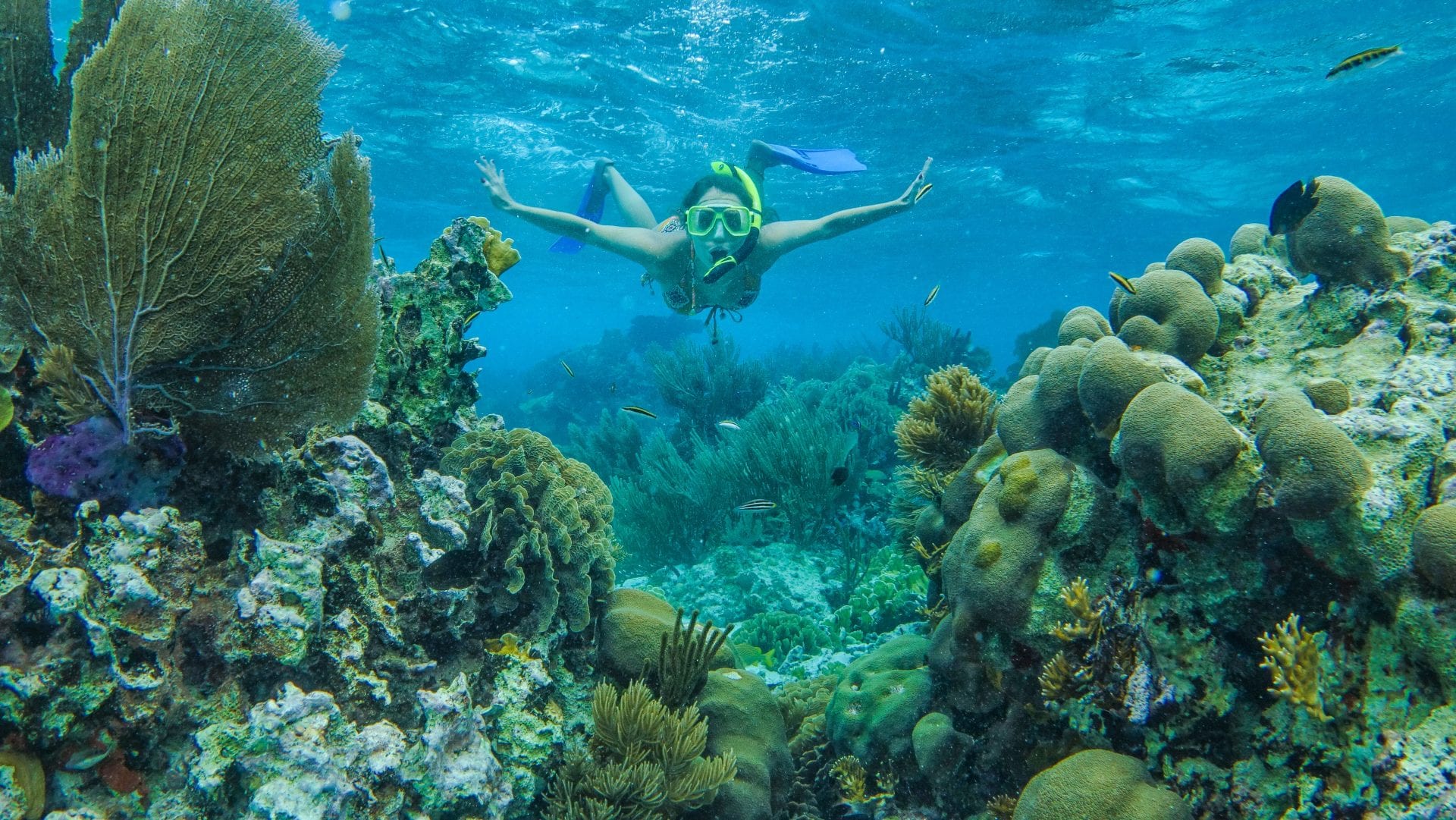 True to their name, the coral gardens of the Caye Caulker Marine Reserve fan out below and envelope you into a whole new world underwater. I mean, you are snorkeling the second largest barrier reef in the world from St. George’s Caye after all. The waters are shallow, which makes for excellent visibility—sun rays illuminate the colorful hard and soft coral that houses up to 250 species of fish. At times while snorkeling, you can even catch a glimpse of moray eels. 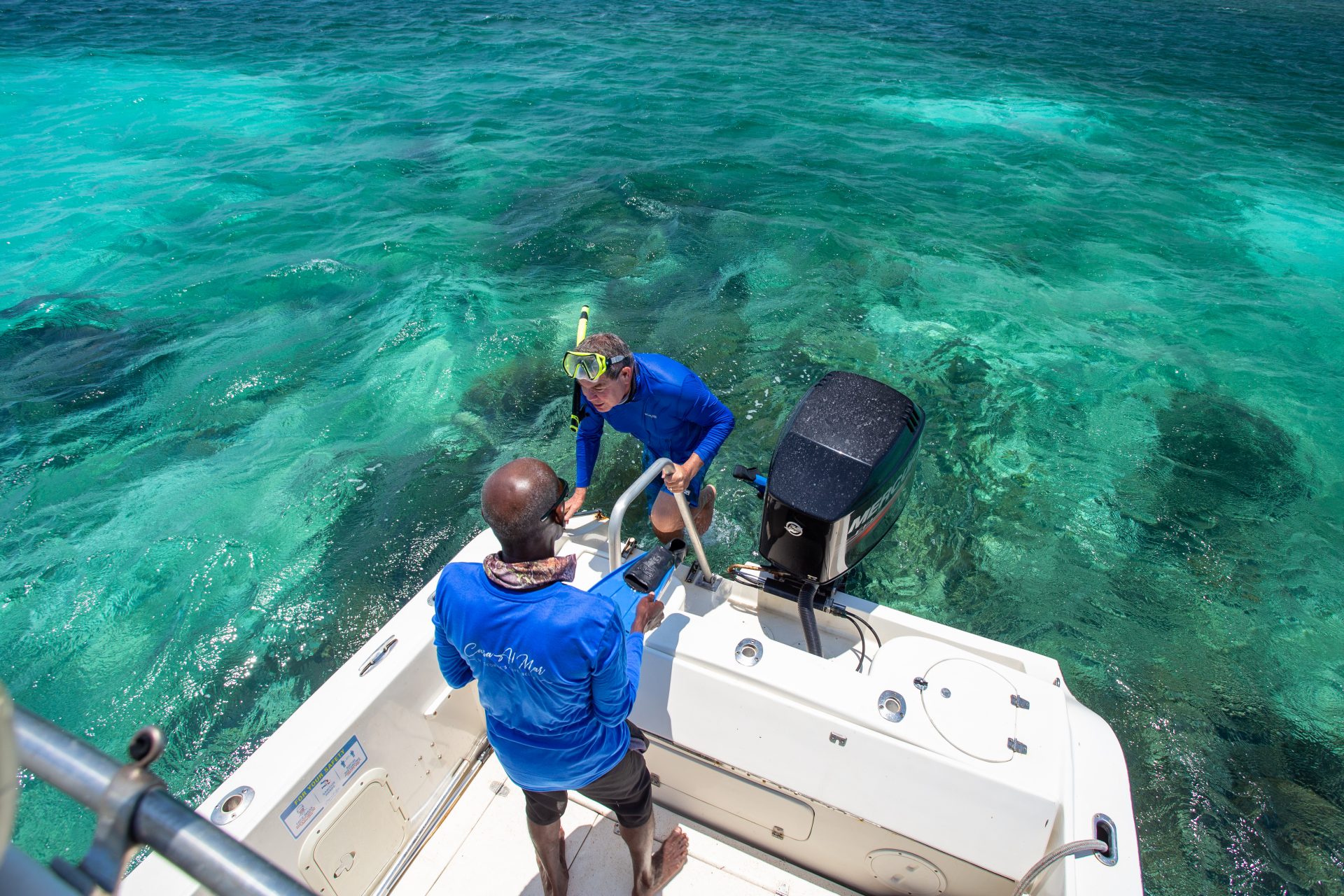 As one of the closest snorkeling spots St. George’s Caye, straight from Casa Al Mar’s pier, don’t be surprised to see sea turtles; they’re likely foraging for crustaceans and mollusks discarded by traditional sailboat fishermen inside the reef crest at North Gallows. 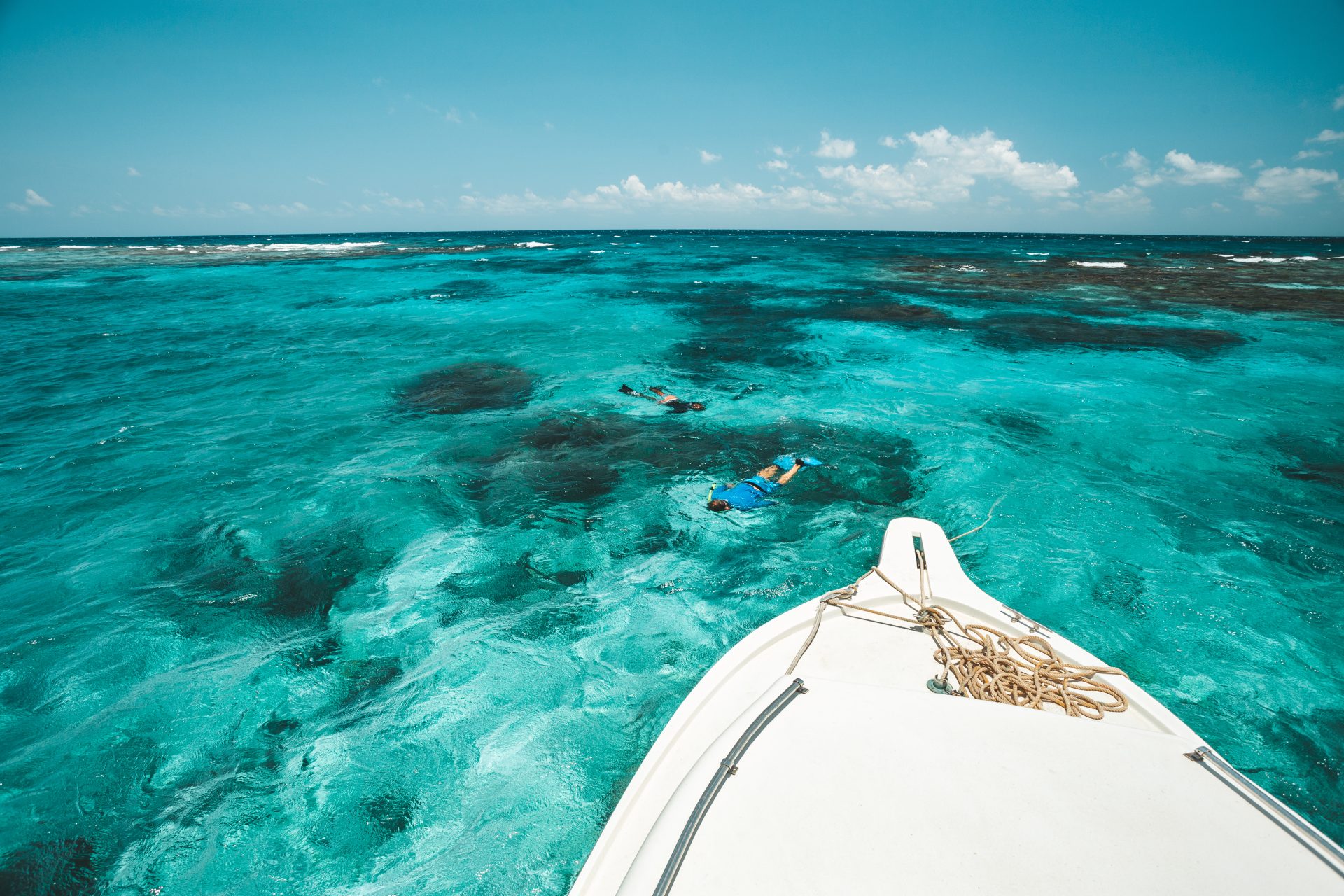 Depending on the weather conditions, South Gallows is less than half an hour by boat away from the private dock at Casa Al Mar. On the opposite of North Gallows, this snorkeling spot accessible from St. George’s Caye is just as great of an option for swimming alongside marine life—even more so when there’s a strong North-East wind blowing. 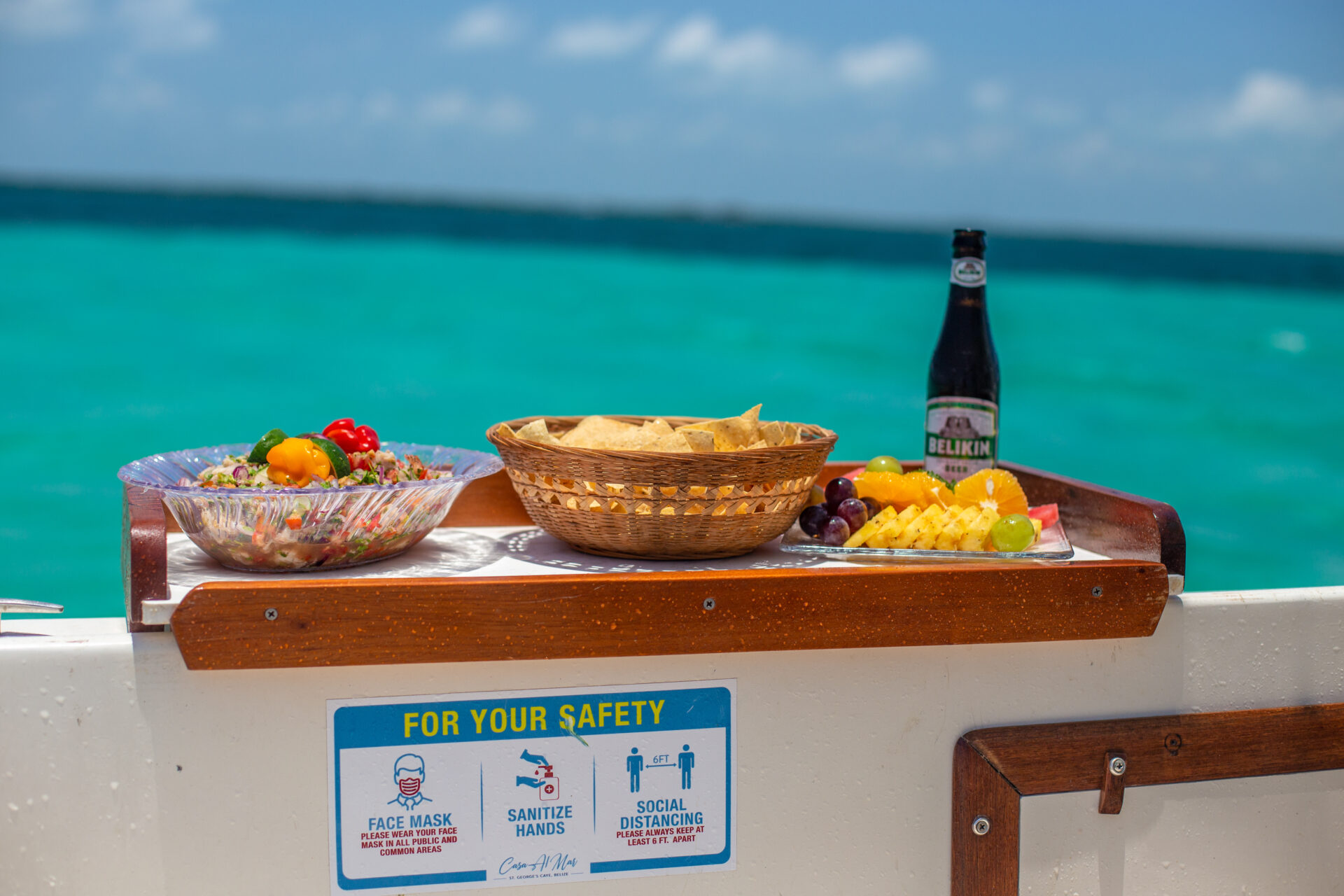 Casa Al Mar is an all-inclusive family home that was built in 1991; inside has a total of 6 bedrooms spread over 3 floors. The property has both East and West access with private docks on both sides and a sunning deck on the East Side. And since the Gold Standard certified operator Jaguar Adventures Tours is a PADI member, guests can also discover scuba diving while staying at Casa Al Mar.

Why You Should Go Scuba Diving in...