Universally the term for Mestizo is Ladino, which means a Spanish speaking white person in Central America (according to the Oxford Dictionary).  In some countries, people refer to this group as Ladinos. In Belize, scholars and people in general, use the term Mestizos.

Today, the Mestizos, persons of Spanish and Mayan descent, are found in the Northern districts of Orange Walk and Corozal. They are also found in the towns of San Ignacio and Benque Viejo del Carmen, and on the islands of San Pedro and Caye Caulker.  Mestizos are predominantly Catholic. They speak Spanish, but like most Belizeans, they understand and speak both Creole and English. Some also speak Maya dialects.  The Mestizos are involved in agriculture, mainly sugar production, fishing, and business. They acquire an education and become doctors, architects, lawyers, writers, engineers, professors,   artists, and musicians.  Throughout the country, they are a homogeneous group, meaning that they are similar in history and culture.  Similarities also exist between  the Belize Mestizos and Mestizos from Mexico. Especially the Yucatan peninsula. 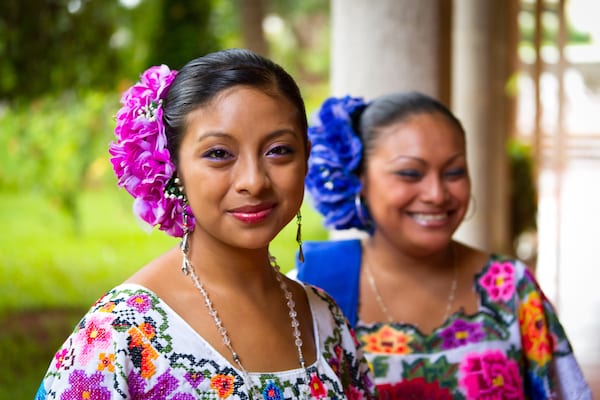 In 1840, La Guerra de las Castas (the Caste War of the Yucatan), broke out in Yucatan and many refugees fled to neighboring British Honduras (now Belize).  They fled from a serious Amerindian uprising in which everyone of European descent was threatened with death.  From 1848 to 1870, thousands came to Belize in search of safety and peace.  At the same time, in the western part of the country, Guatemalan refugees were also fleeing from a dictatorial regime. Similar to the migrations of Central American refugees of today, these Mestizos positively enhanced and contributed to the history and culture of Belize.

There are no people, however primitive, without religion and magic.  In every community studied by competent observers, they find the Sacred and the Profane. In other words, the domain of religion and magic, and that of the scientific.  Mestizos have their traditional beliefs and observances, which they practice with reverence. Their beliefs are associated with supernatural forces, spirits, dead ancestors or gods – a carry-over from the Maya!

One prime example is el Duende, a spirit who guards the forests. He is a dwarf who plays tricks on humans and takes their thumbs, because he doesn’t have them. It is believed that this Duende was once a bad angel who got thrown out of heaven. For this reason, some people will place a guitar, tobacco, and rum to drive him away. This makes him cry because it reminds him of when he was happy in heaven.

Another very important character in the folklore of the Mestizos is La Llorona. She appears by the river’s edge as a woman with very long hair weeping for the loss of her children which she herself drowned. There are several characters, whose stories were created to deter men from going out drinking, in case they got lost on the way home. There is also a strong belief in evil spirits who can be conjured to cast spells that cause sickness or misfortune. These are known as “obeah”men or women who have the power to conjure these evils.

Instead of conventional medicine, they still use medicinal plants to cure illnesses like rheumatism, indigestion, the common cold and other ailments.  Some even believe in the power of Love Potions. Most Mestizos are Catholic and practice the sacraments along with their special beliefs.  Baptism and Marriage are very important and take place in the Church.

Mestizos believe that the soul lives on after death. One prime example is the observance of  November 2nd (All Souls Day) or the Dia de Muertos or Day of the Dead.  A special meal is prepared and set out for the deceased the meals include the traditional “bollos” (tamales) with  “Xpelon” (black beans) and anise seed .  “Xpasha”, the traditional drink of corn, milk and spices is also served for the dead.

Let me leave you with a few “primicias”… practices that call upon spirits that have power over wind and weather, animals and crops.

The Kekchi Mayas of Belize

Commonly Asked Questions About The Maya