Are you curious?  This is a very rare treat.  A group of world-class musicians have come together to form an orchestra just for Belize.  It is an amazing story.  They call themselves Belize Virtuosi, from the Italian word for a highly skilled musician.  The group is comprised of three Austrians, one American and one Slavic musician by the name of Jaroslav Meluzin (viola), who, not surprisingly, lives in Merida, Yucatan. Musicians are really citizens of the world since music transcends borders.

Musical Director Peter Illavsky, from Vienna, brought the group together at the behest of Ambassador to Belize in Germany, Joel Nagel, after meeting Peter at a Music Institute in Germany a couple of years ago.  Their goal is really to entertain as well as share their expertise through performance and workshops.  Lois Robinson, from Louisiana, plays the Double Bass. Jacqueline Kopacinski, also from Vienna, plays violin, and Akos Banlaky, also from Vienna who is the Pianist/Accompanist. 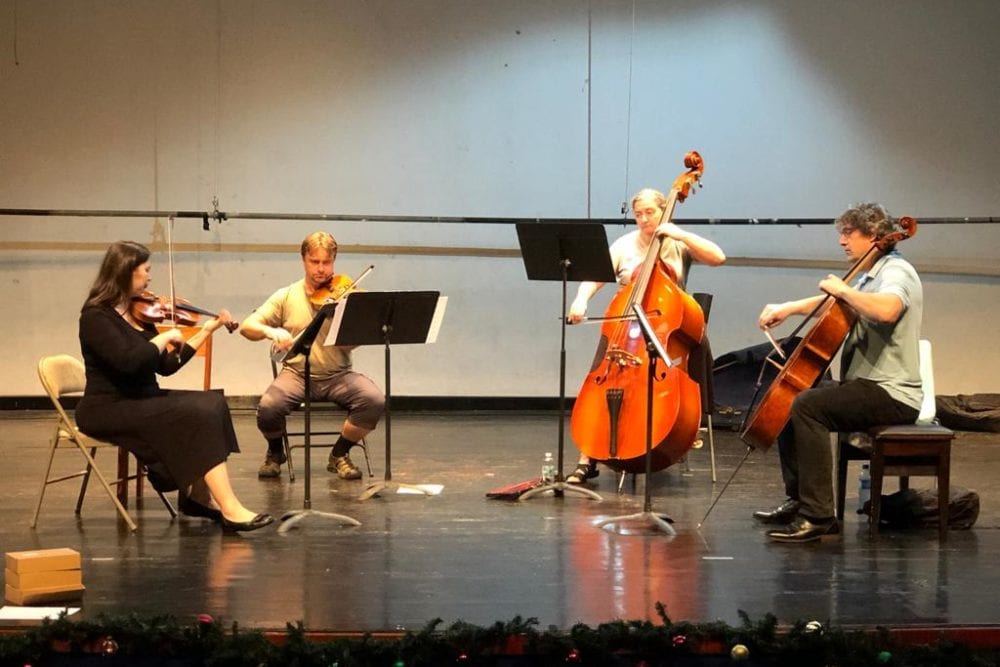 I was able to chat with pianist, Mr. Aklos Banlaky and found out that he has been coming to Belize for the past fourteen years.  He is quite familiar with adventures on the sea, as well as the interior.  He recently spent two weeks in the Cockscomb Basin Reserve sleeping in a hammock.  When Director Peter posted his idea to recruit musicians to visit Belize, he didn’t need convincing.  Through NICH and the various Music schools in Belize, the group holds workshops and invite the participation of Belizean artists.  On Thursday, Belizean Flautist John Raeburn will be featured as well as Gavin Courtenay and Kanie Herrera, and vocalist Cherish LaTouche. 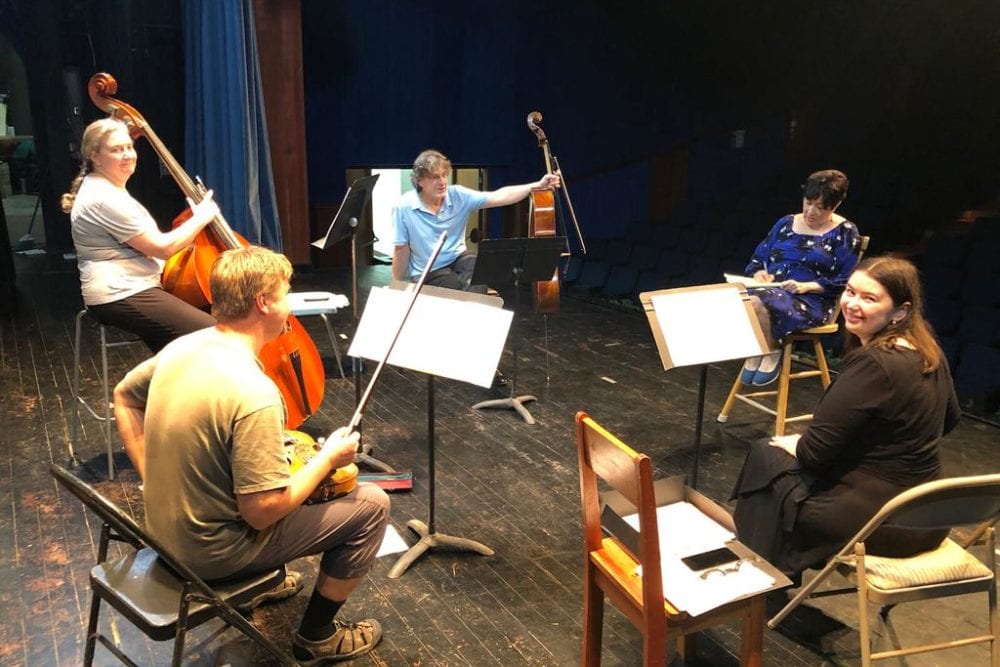 This year is the 250th anniversary of Ludwig Van Beethoven and they are performing an homage concert on Thursday, January 9th at the Bliss Auditorium at 6 pm free of charge.  On Friday 10th they will be at the Mexican Culture Center and will be traveling to San Pedro for several performances over the weekend.

I urge all music lovers, students, and families to come and bear witness to this rare treat.  We need to show them our appreciation for sharing and imparting their knowledge and expertise. Hopefully, they can keep coming back. 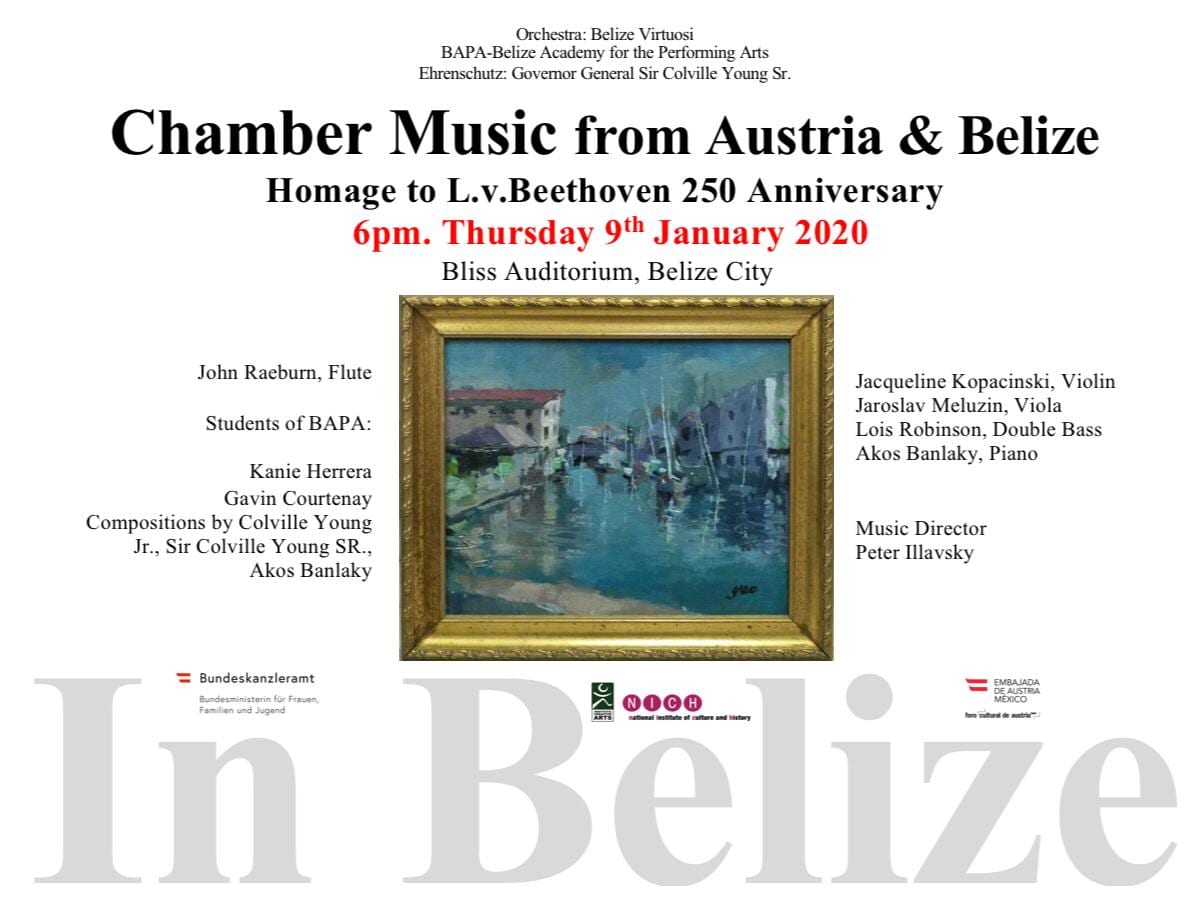