ConservationCultureWhat to Do in Belize

Hidden below the jungle canopies, navigate through Belize’s complex underground cave system on foot, canoe, or inner tube. Inside, these natural phenomenons reveal rich cultural and historical splendors of the Maya. Considered pathways to the underworld, or Xibalba in Maya, caves are sacred havens where listening limestone formations and vast chambers are just the beginning. Announced July 30, three of Belize’s most visited caves officially reopen to the public on August 3: Nohoch Che’en, Actun Tunichil Muknal (ATM), and Barton Creek. On tour, the Institute of Archeology (NICH) reminds the public to expect smaller tour groups at ATM Cave, enhanced sanitation of equipment, and limits on non-essential persons 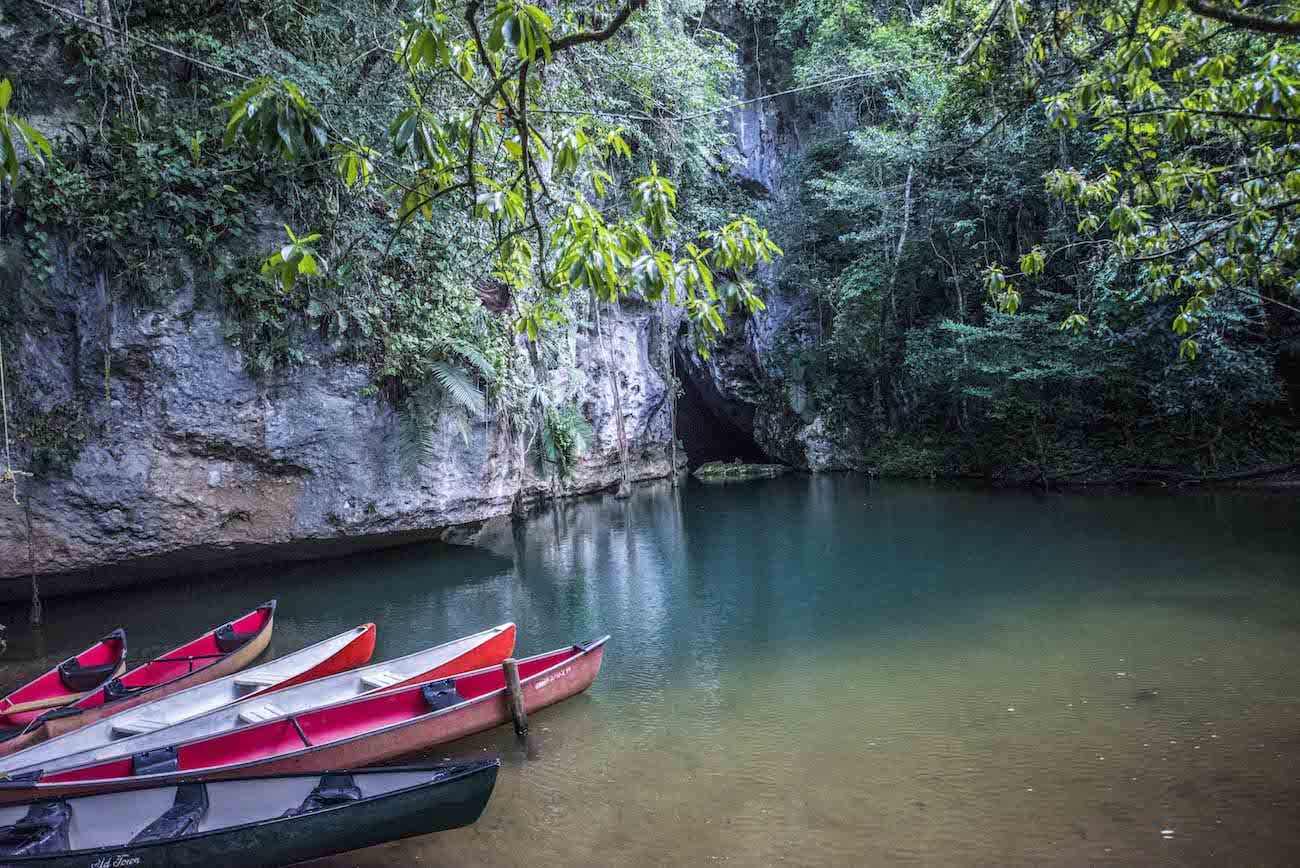 Accessible only by canoe, this impressive wet cave runs over four miles long, once used for Mayan ceremonies and burials. Despite most of Barton Creek Cave has been excavated, it still holds many visible artifacts within. Notably, archaeologists have found artifacts inside Barton Creek Cave that date from the years 200 AD to 900 AD. Archeologists have also found the remains of 28 people who were buried in the cave during this period; however, they are not certain if these persons were a part of a human sacrifice, or if they were buried inside after their death.

Canoe inside Barton Creek Cave for one mile, absorbing the amazing history and geology of this massive cave along the way. Board your canoe at the entrance before switching on headlights to slowly paddle inside for a phenomenal half-day adventure.

Apart of an extensive network of limestone caves northwest of Belmopan, the Nohoch Che’en Cave is very popular for cave-tubing, kayaking and spelunking. More commonly known as the Caves Branch or Jaguar Paw, a number of operators run tours. The basic 1½-hour tour includes a short jungle walk through an ankle-deep river at one point, before a gentle float through the caves. Once inside, witness (with the help of your headlamp), schools of eyeless cave fish, stalactites and strange Maya paintings high on the cave ceilings from the comfort of your inner tube.

The turnoff for Nohoch Che’en Caves Branch Archaeological Reserve is at Mile 37 on the George Price Hwy, then it’s 6 miles down a sealed road to the reserve entrance. The reserve has toilets, snack shops and numerous tour operators. 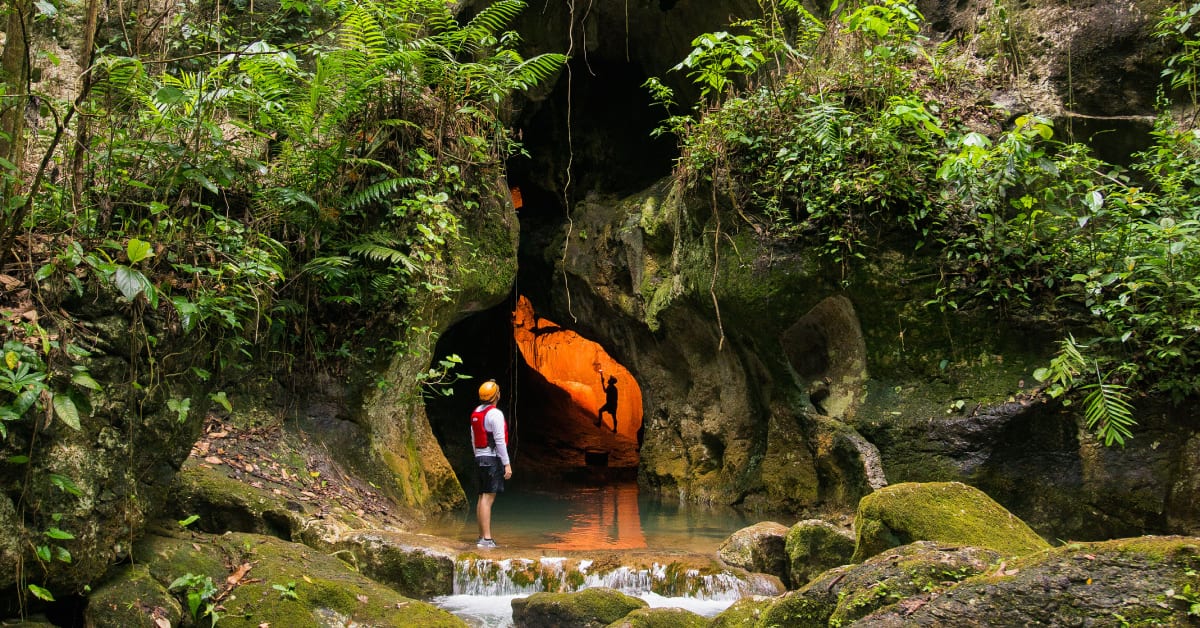 Located in the Tapir Mountain Nature Reserve in the Cayo District, this popular cave holds much evidence of a strong Mayan presence from pottery to a fully crystallized skeleton known as the “Crystal Maiden”; it’s also no surprise that the Actun Tunichil Muknal Cave has been the subject of many documentaries. Nicknamed as the most sacred cave in the world, ATM is one of the most artifact-rich caves found in Belize. Also known as the Cave of the Stone Sepulcher, it was a sacred space to the ancient Maya, where they worshipped their gods and performed human sacrifices.

First, you must drive 45 minutes from San Ignacio, then trek 45-minutes through the jungle. Finally, you’ll swim in to reach ATM cave. You will need to swim through some sections and remove your shoes in others to preserve its delicate environment.

Feature photo is of the Barton Creek Cave. Photo by David Diaz.