The Best Places To Live In Northern Belize In 2021

The fact that Belize hasn’t transformed into the most popular travel destination in Central America is surprising — but it’s actually one of the country’s biggest assets. Belize offers most of the qualities vacationers look for in a destination, but the fact that it flies under the radar means that it’s become an ideal choice for foreigners looking to retire. Add in the fact that English is the official language of Belize and a government that’s eager for more residents from abroad, and you’re left with a tropical paradise that’s tailor-made for retirees. Northern Belize is a stretch of the country that’s especially off the beaten trail, but that’s definitely to its own benefit. Corozal and Orange Walk are the two primary regions in northern Belize, and both are primarily dominated by farmland. But they’re also home to some truly serene fishing villages and some of the most well-preserved extant Maya ruins in Central America. 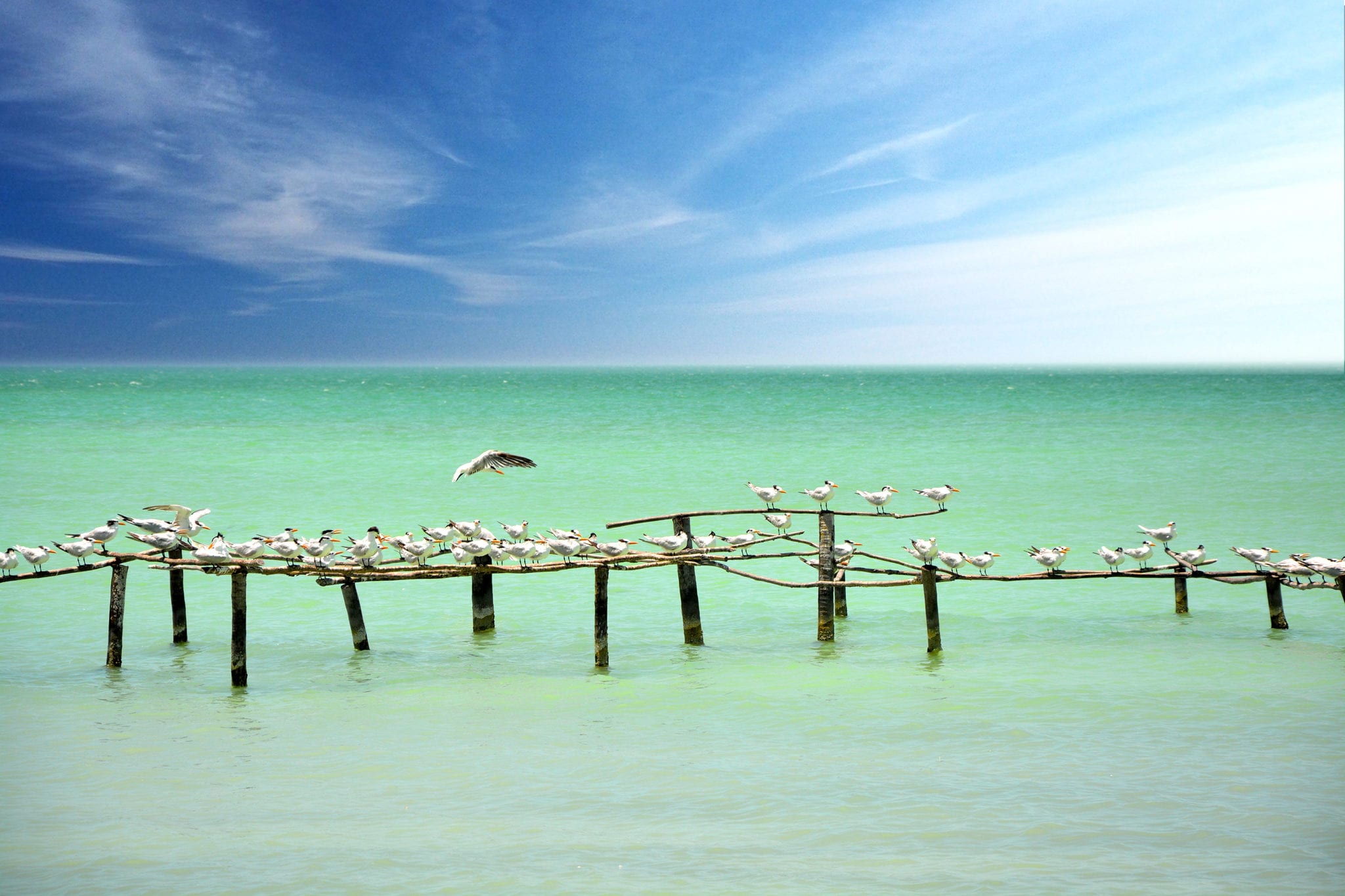 Northern Belize’s close proximity to Mexico lends it a truly unique vibe, and Northern Belize is right on the path from Mexico to Belize City. But what’s seen as flyover country to many tourists is actually rich in its cultural and geographic diversity. And among them are hidden some of the best places to retire in Belize. 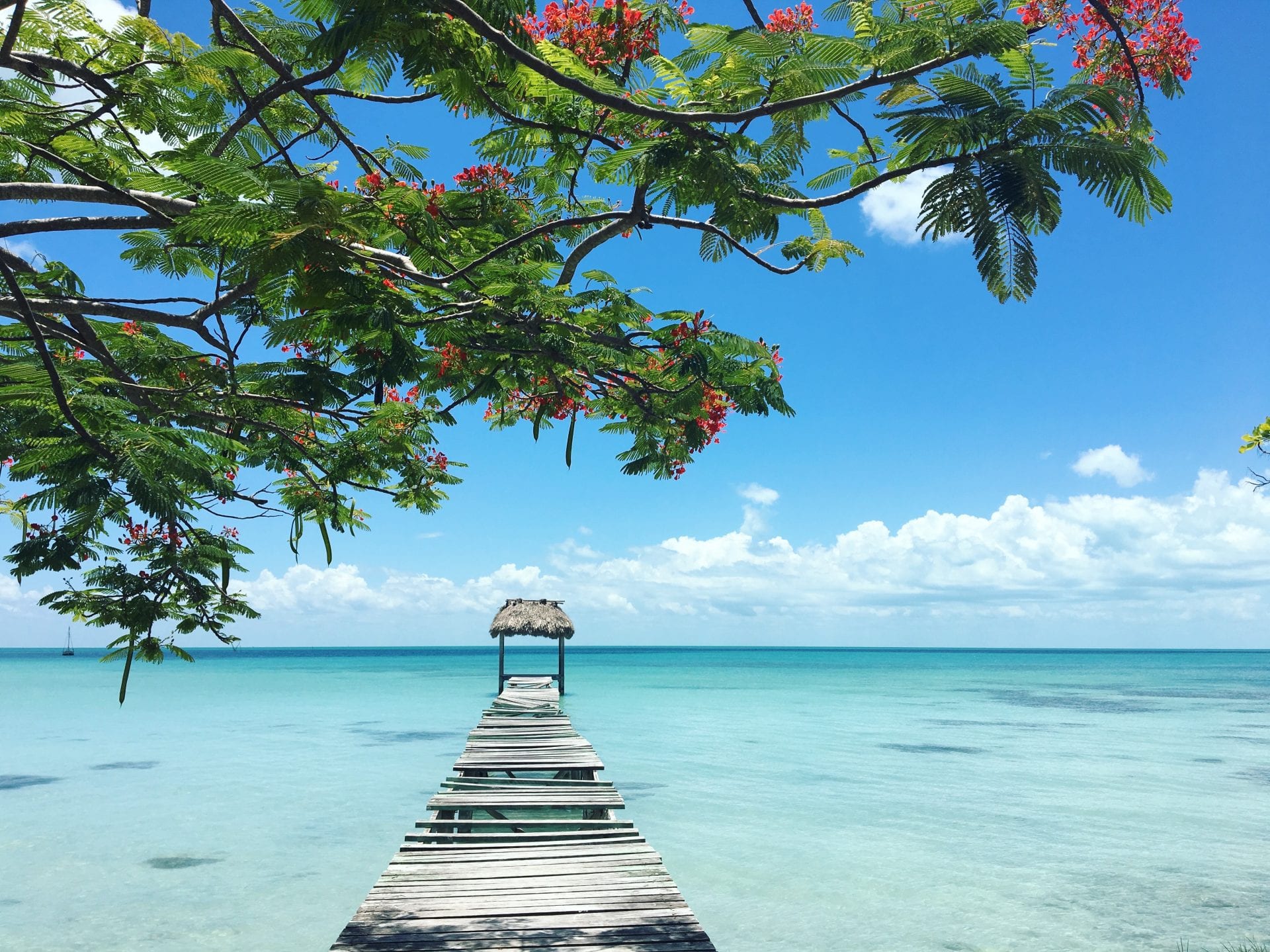 If you’re looking for the peaceful life and authenticity is important to you, there are few places better suited for retirement than Sarteneja. It’s the northernmost fishing village in North Belize and has managed to maintain a sleepy feel and a population of around 2,000 people. And while it may be small, there are a decent number of shops, restaurants, and other businesses to keep you occupied. But if you’re moving Sarteneja, it should be because the idea of a slower and more placid retirement appeals to you. While many villages have built up a large expat community that often exists independent from the locals, Sarteneja is less overrun with expats and instead has a tremendous sense of authentic flavor. 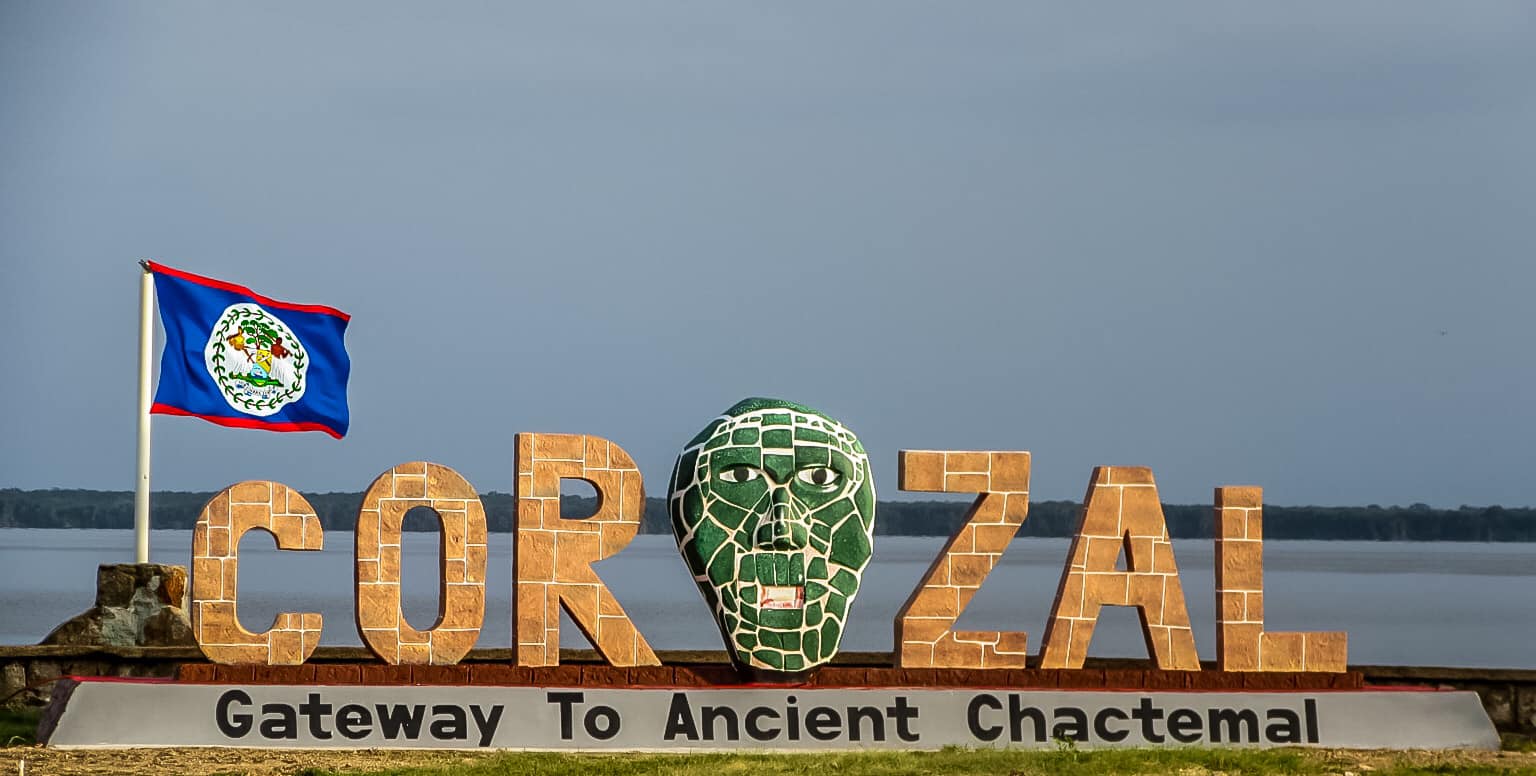 As the hub of one of Northern Belize’s two main districts, Corozal Town gets a decent amount of traffic from visitors. Corozal Town is also located less than ten miles from the Mexican city of Chetumal for those who like to do a little more exploring. This, combined with the close proximity to Belize City and its popularity among visitors from abroad makes it one of the most exciting and bustling places to live in Northern Belize. Corozal Town is a recommended spot for vacationers who are trying to set up a home base, but those same qualities make them perfect for adventurous retirees. The rain here is also much more manageable than many of the consistently wet villages a little further south.

Copper Bank Village isn’t going to show up in most of your guide books. Finding the path to this small village often means having to ask directions from locals. But if you’re looking for a retirement home off the beaten trail, Copper Bank could fit the bill. And when we say it’s off the beaten trail, we mean it. Until recently, the only boats that arrived to Copper Bank were local, and even today it’s accessed only via a muddy road. Even today, Copper Bank is home to only around 500 people. And if you decide you want something with a little more amenities, the nearby planned community of Cerros Sands is designed explicitly with the needs of westerners in mind. 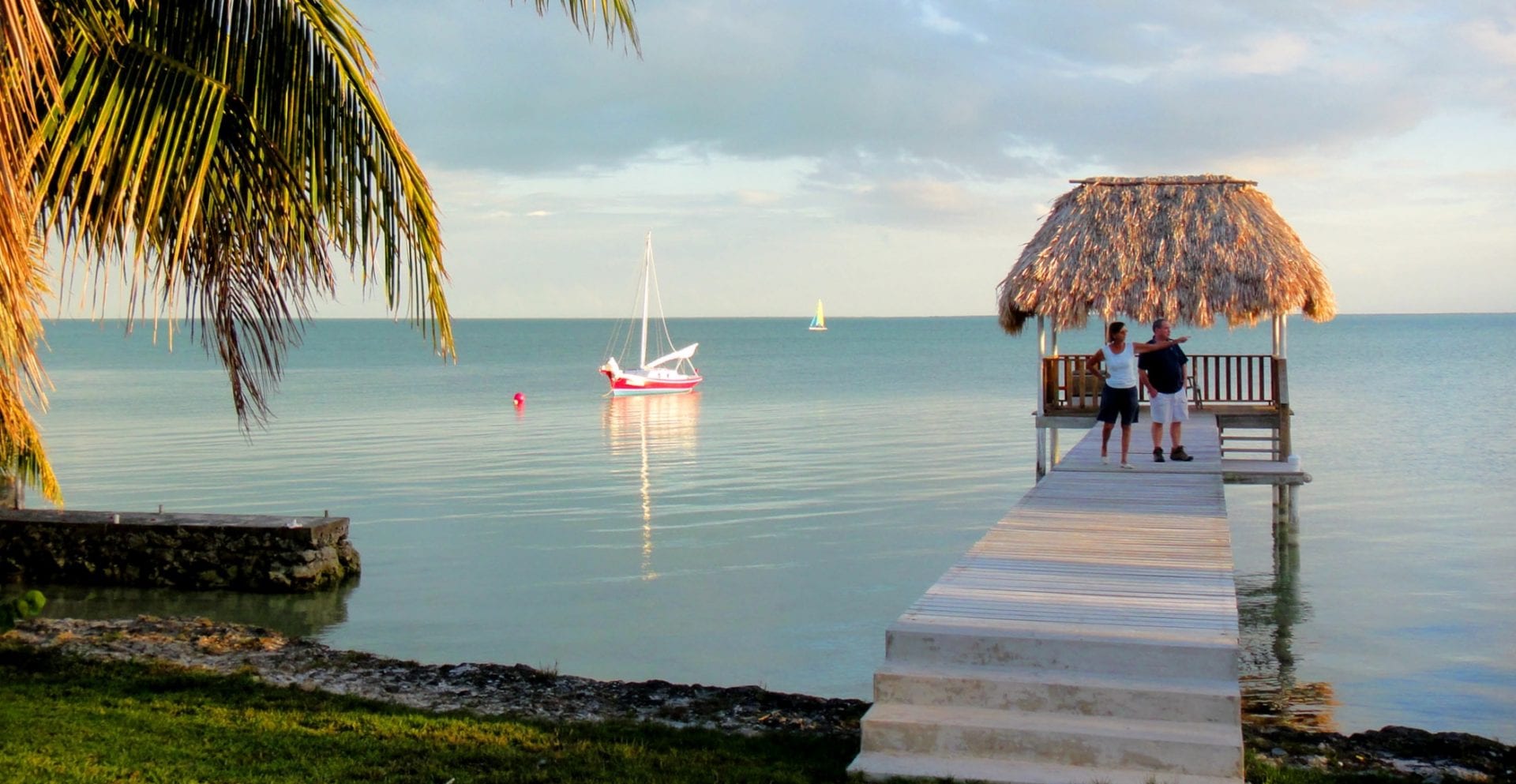 According to many expats, Consejo Village perfectly combines the best qualities of living in Belize. Head seven miles northeast of Corozal Town and you’ll find a smaller village that’s less overrun by tourists yet still cognizant of the needs of foreigners. A significant population of expats from America and Europe have set down roots in Consejo Village, and the village has capably shifted its priorities to consider the needs of these new residents. There are a number of nice restaurants and bars in the town, and you won’t have to search far to find someone from the United States. Understandably, it’s also home to a number of expat retirement communities like Mayan Seaside and Consejo Shores.

The settlements of Blue Creek and Shipyard aren’t exactly close to each other, but they do have one thing in common — they’re settlements created by Mennonites. First arriving in the 1950s, these strictly religious communities tend to keep to themselves, and most of them disregard technology entirely in their everyday lives. For most people, these Mennonite communities are worth visiting out of curiosity alone, but they certainly offer a chance for a way of life that’s outside the ordinary as well. Just make sure to visit before you commit. The Mennonite lifestyle is certainly unique, but it’s not going to be the right choice for everyone.

There’s not a whole lot to say about Progresso Village, but that’s largely the point. The sleepy village is home to a large mestizo community, and most of the residents here live and die in Progresso. That’s perfectly understandable once you see the lagoon on which this village is positioned. The lagoon itself is perfect for picnicking and watching the water all year long, and there are a couple of large parks within the village proper. Apart from that, Progresso probably won’t be a fit for you unless you’re really trying to get away from civilization. 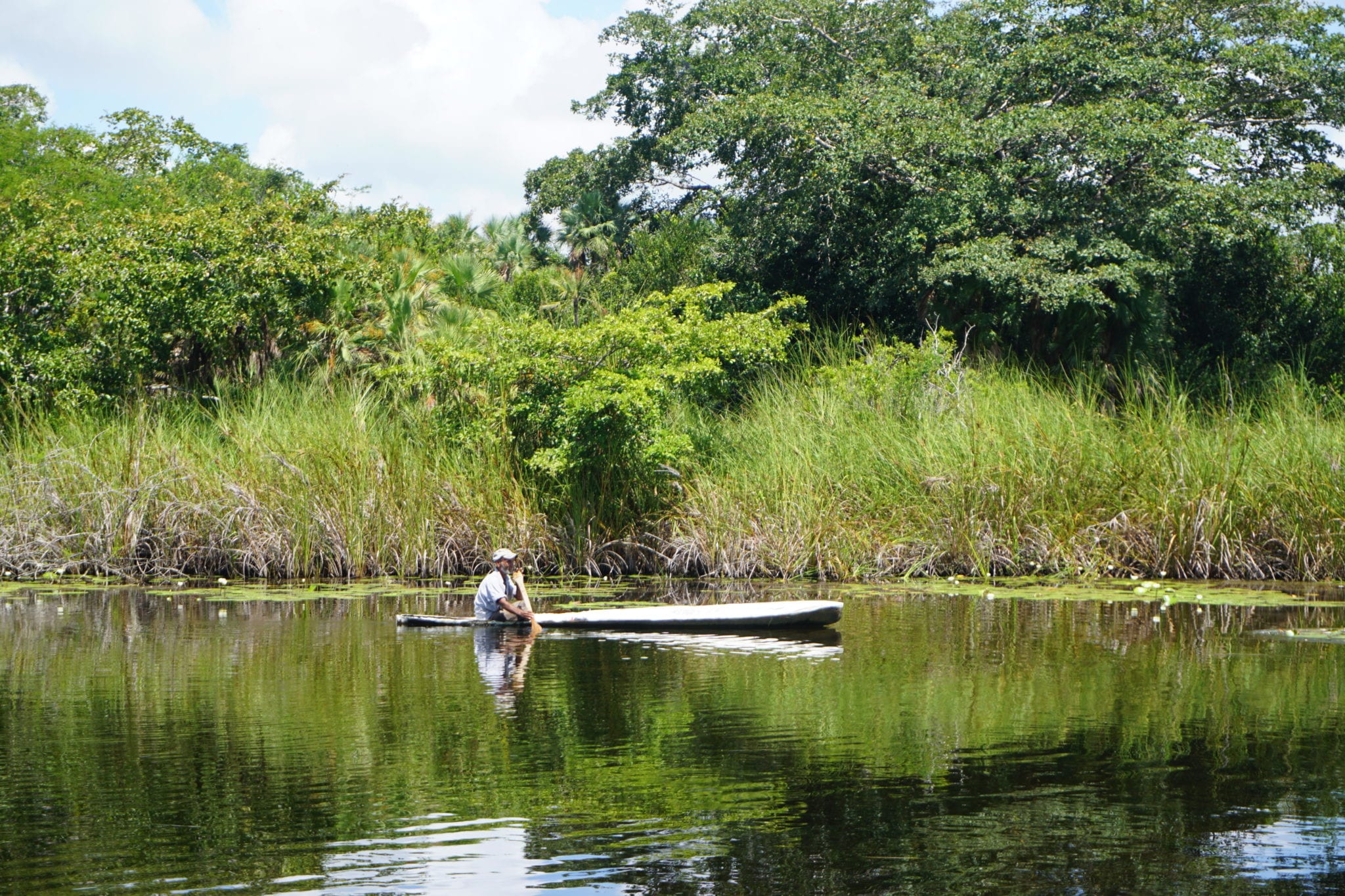 One of Northern Belize’s two biggest settlements is naturally one of the hottest destinations for retirees. Orange Walk is located in the southern side of Northern Belize, and the larger region consists of a variety of smaller villages linked together by roads. Hidden among these are a decent population of American expats, but that population grows larger once you get into the town of Orange Walk proper. The population here is roughly 14,000, and that creates a far livelier sense of community that will leave you with more to do if you decide to retire here.

You can’t throw a rock anywhere in Belize without hitting something beautiful, and that continues to be one of the biggest appeals of visiting this Central American paradise. But there’s a lot more variety here than you might have thought. But that’s just another excuse to explore. Examine your options and look at the pros and cons of each. You’re sure to find a place you’ll love to move — and particularly one that fits within your budget.

4 Top Things To Do on South Water Caye