Why Belize Is The Easiest Caribbean Destination To Visit This Summer

In a race to become the it Caribbean destination of the summer, Belize wins by a landslide. With travel experts predicting a busy summer travel season, families are scrambling to book that epic GOAT vacation. Many of them are turning their keen eye toward Belize – and for good reason. Whether flocking to the tropical destination for a birthday, honeymoon, or a plain ol’ fashioned family vacay, it seems they’re in the know of what makes Belize the easiest destination to visit this summer.

Easy to Get to 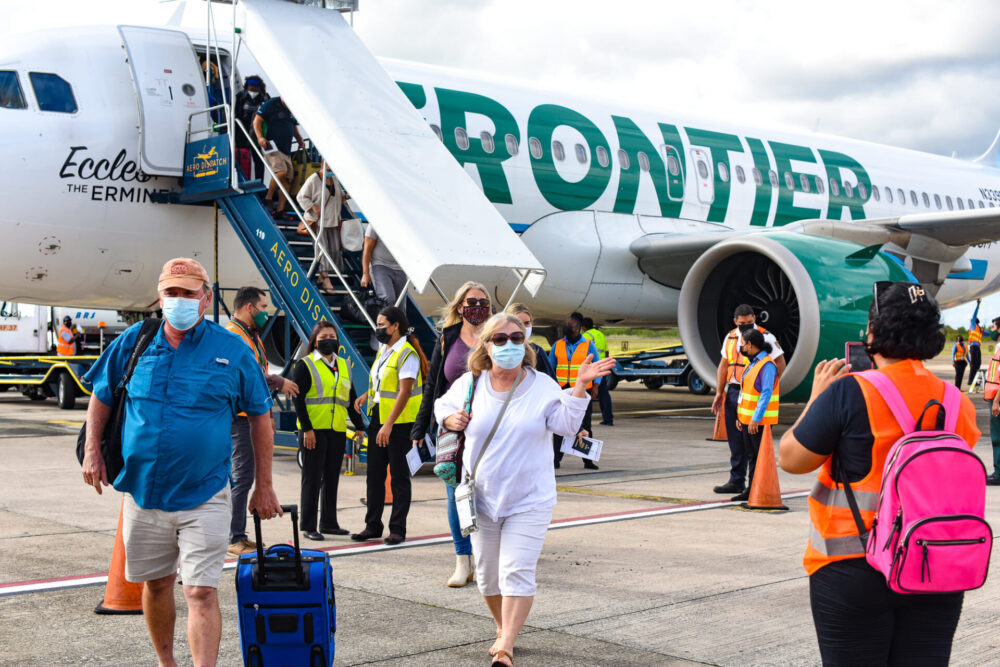 Frontier Airlines lands its inaugural flight at PGIA in December 2021. Image via Belize Tourism Board

“Only two hours?” – overheard on a plane from the U.S. to Belize. Yes, for those unfamiliar, Belize is only two hours or less from most major airports in the U.S. Which means you needn’t fly halfway across the world to the Maldives to enjoy an over-the-water bungalow or turquoise waters. Speaking of flying, several airlines have added routes to the tropical destination. Budget airline Frontier Airlines was the latest to join in the fun. In fact, Belize was named in Scott’s Cheap Flights “22 Cheap Destinations to Visit in 2022.” While it’s no secret the increase in fuel is affecting plane airfares, many airlines are offering deals to certain destinations. Delta, American Airlines, and United Airlines are often dropping deal alerts so make sure to keep your eyes on these discounts online. 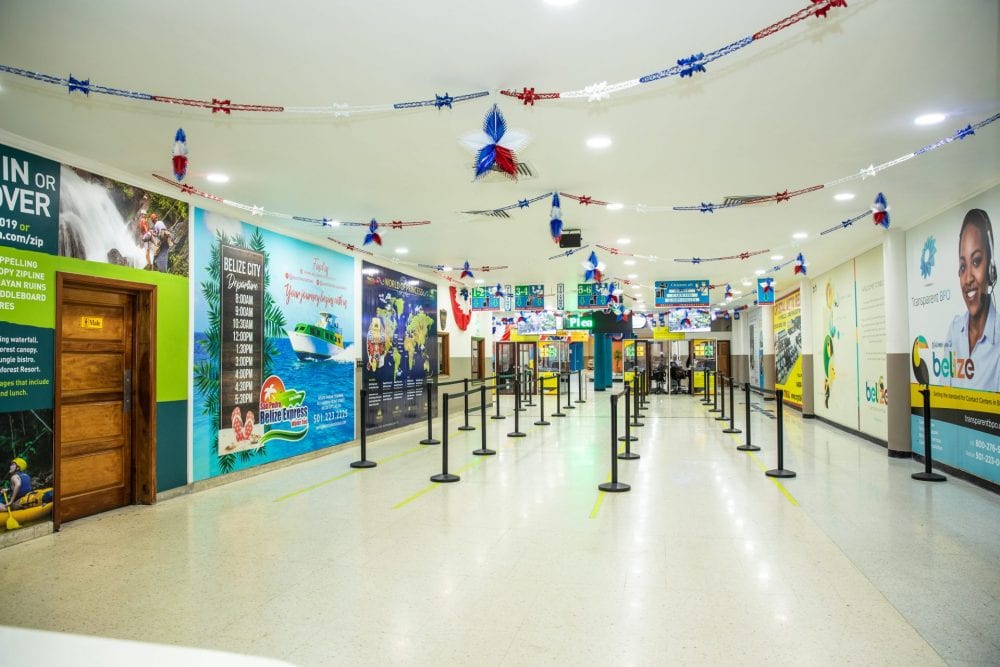 Throughout the pandemic, Belize has been hailed as a leader in championing safety by not only the Caribbean but the world. The country earned the World Trade & Tourism Council’s Safe Travels Stamp and was deemed as one of the safest places to travel in the region. Most recently, with exercised caution, the country has reduced its entry requirements making travel to Belize easier. Fully vaccinated travelers no longer require a negative test, mask mandates have been dropped in most areas and foreign tourists are no longer required to have a minimum number of nights to stay in Belize. 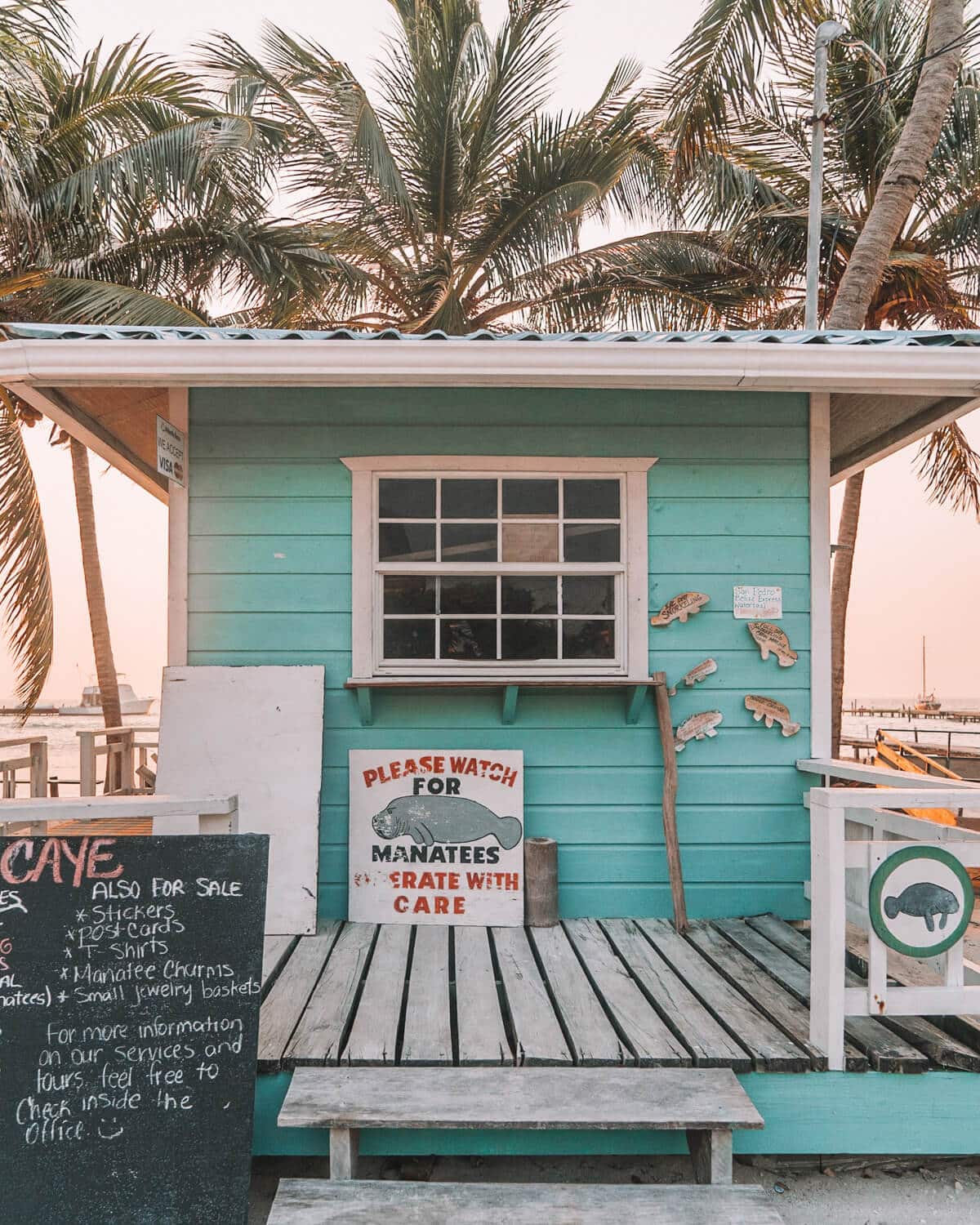 Book a manatee watching tour in Caye Caulker! Image via Live Like Its The Weekend

This has been a perk for as long as our North American friends have graced the shores of Belize. Being a country both in the Caribbean and Central America allows most of Belize’s population to be bilingual. The country’s official language is English, however, making communication between visitors and Belizeans seamless. This is one fewer obstacle travelers need to worry about when navigating the country, whether it’s public transportation, chatting with local artisans, or making a restaurant reservation. 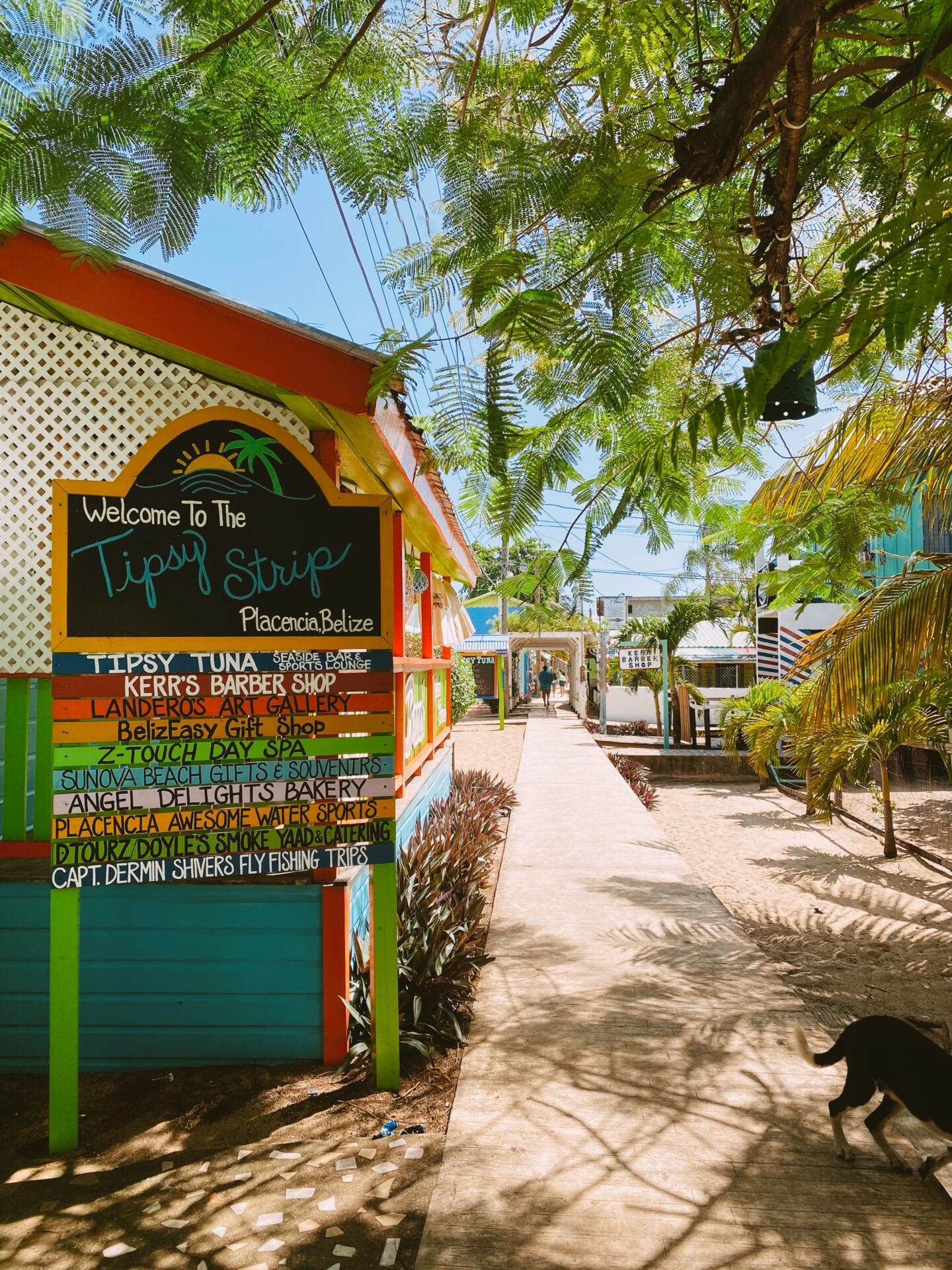 As the saying goes, there’s no bad time to visit Belize. While the low season is mostly made up of the summer months, this is perhaps one of the best times to visit. Belize’s “off” season makes it ideal to navigate through usually crowded attractions. There are no lines for taking panoramic photos of Maya sites, no early-morning rushing to seek beach space in Ambergris Caye, and no crowded snorkeling spots. Apart from having more elbow room, the low season brings about some significant deals on hotel rooms. Many top-notch resorts offer exclusive specials valid during the summer only.

Apart from the unmissable year-round attractions to visit, summertime in Belize brings about some of the most iconic festivals in the country. June and July belong to the beloved Lobster Fests in Placencia, San Pedro, and Caye Caulker. The crustacean is cooked — and served — in all unimaginable forms. All three destinations are in a party mood with good vibes and even better food. To close off the summer, Ambergris Caye hosts the annual La Costa Maya Festival every August. Beautiful candidates from all over the region vie for the crown to be named the Costa Maya Queen. The event is often headlined by popular international artists and is highly attended by locals and visitors alike.

Ever considered a Belize vacation on the Caribbean Sea? Image via Belize Sailing Vacations

When looking at all these facts it’s a no-brainer that a summer vacation in Belize will not only be easy, but memorable, too. But you better move fast — hotel discounts sell out quickly and so do cheap flights. Check out our travel deals page to take a look at what’s available.

Header image via The Belize Collection.

A Travel Trend To Stay: Private Villa Rentals in Belize (And Where To Go)