The unofficial capital of Belize. Well, once upon a time it was—Hurricane Hattie decimated the city after making landfall in 1961 as a Category 5, claiming more than 100 lives in the city alone; the City of Belmopan later became the capital instead, considering Belize City falls at 0 cm sea level elevation. Today, Belize City has been rebuilt as a resilient economic hub, peppered with colorful characters, historical colonial architecture, and a seawall promenade that lines most of its commercial city coast. Sure, it’s a convenient jumping-off point. Water taxis putter past bobbing sailboats at the mouth of Haulover Creek en route to popular islands Ambergris Caye and Caye Caulker. The George Price Highway points westward to eco-adventures like spelunking and conquering climbs of ancient Maya temples. A humming puddle-jumper plane hums above before a quick 25-minute flight to the Placencia airstrip on the narrow peninsula in the south. But before you zip out elsewhere, we’re highlighting why Belize City should be the urban destination for the city break you’ve been craving.

Lobster folks get into the mood on Ambergris Caye during its festival. Image by SanPedroScoop.com 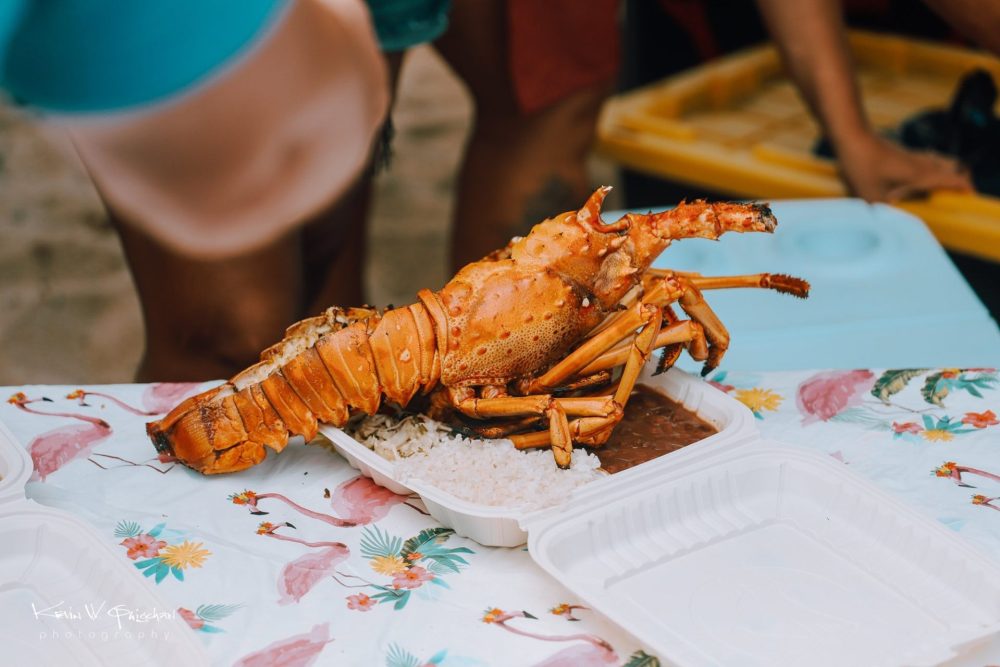 When your plate weighs 2 lbs. Image via Kevin Quischan Photography 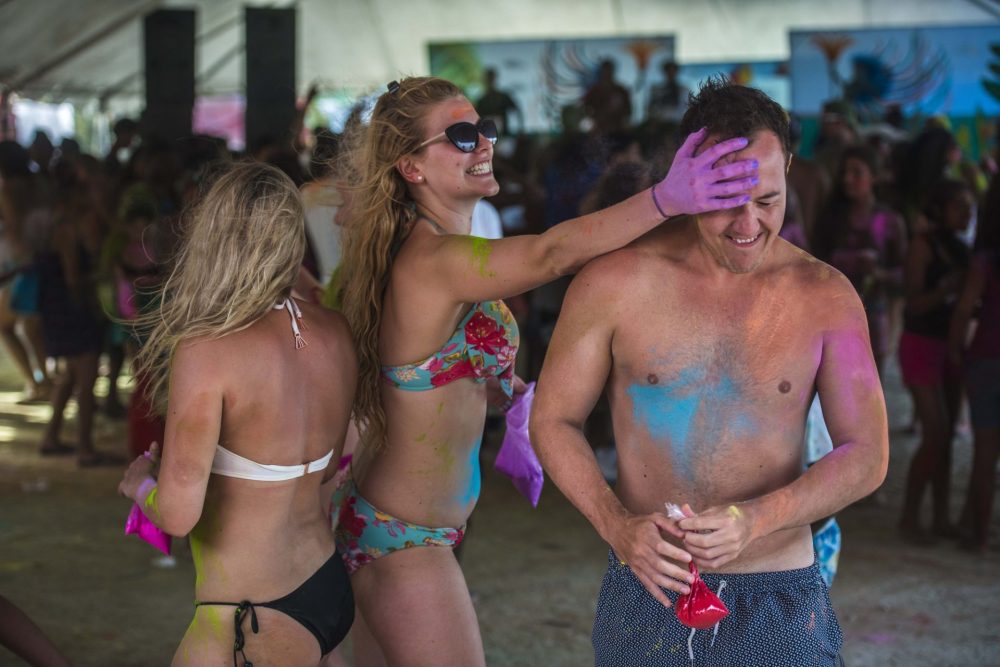 There’s no wrong time, but summer is a particularly great time to be in the city, namely July for one reason: proximity. In 2022, June and July heat up on the islands with fishing tournaments, food festivals, and fêtes to hallmark the summer! The season kicks off with Belize’s annual Lobster Festivals, celebrated in San Pedro, Caye Caulker, and Placencia, with festivities starting as early as July 1, the official opening of the Spiny Lobster season in Belize. San Pedro is just an hour and a half’s boat ride away; Caye Caulker is a 45-minute boat ride away; Placencia is a 2-hour and 30-minute drive away from Belize City. 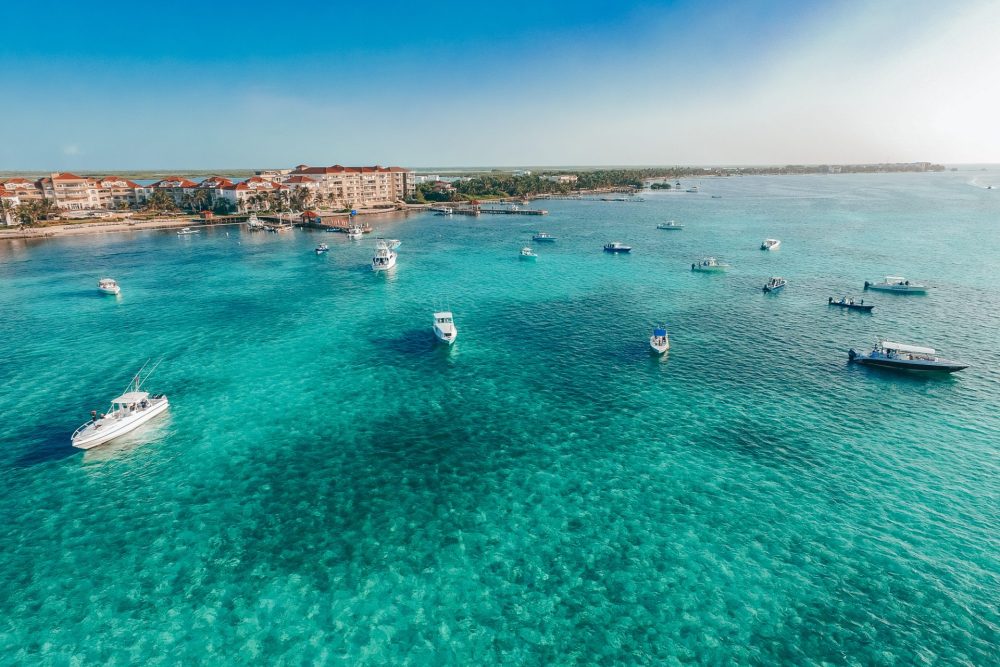 Later in July, there are also two fishing tournaments taking place on Ambergris Caye; the first is for fly-fish anglers with the Tres Pescados Slam on July 21-23, with the second being the Grand Caribe DeepSea Classic on July 29-31 for pelagic and billfish alike. Then, it’s the 1st International Music & Food Festival headlining with international heavy hitters like Koffee and Patrice Roberts that takes place in San Pedro on July 30-31.

Efficiency is the name of the game. At only about 15 minutes away from the international airport, staying at the Best Western Belize Biltmore Plaza cuts back on any time spent traveling. It’s a city break that doubles as a base for more than a handful of Belize’s famed adventures, including Lamanai Archeological Reserve, The Community Baboon Sanctuary, The Belize Zoo, and islands that lie just 10 miles away. But Biltmore’s central location doesn’t just grant daytrippers quick access. 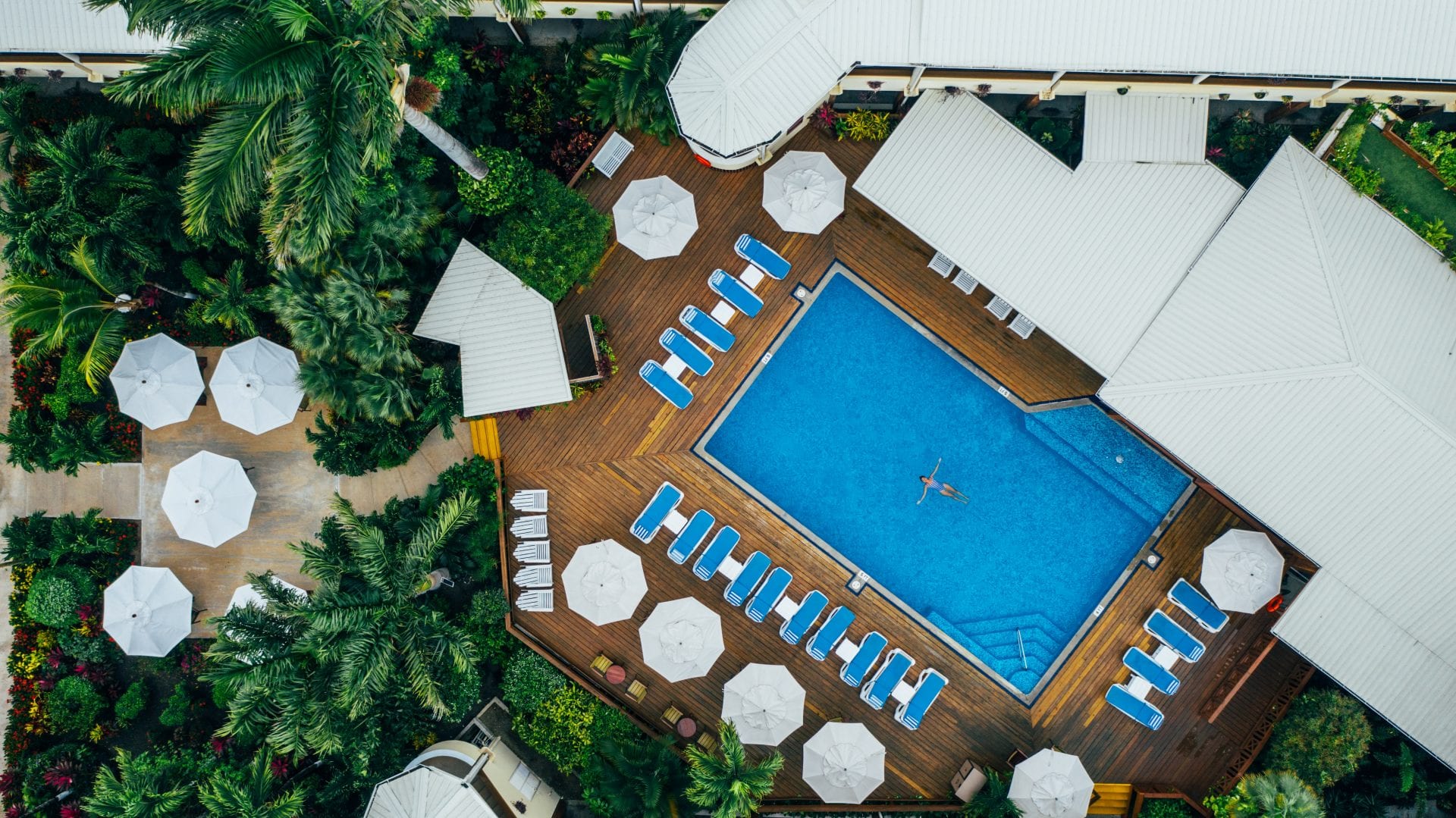 The Biltmore is prime for lounging, without ever stepping foot off-property, too. Outfitted with a restaurant, terrace, pool bar, gym, gift shop, and spa, there’s plenty to entertain yourself on the in-between days of tours.

What to eat and drink 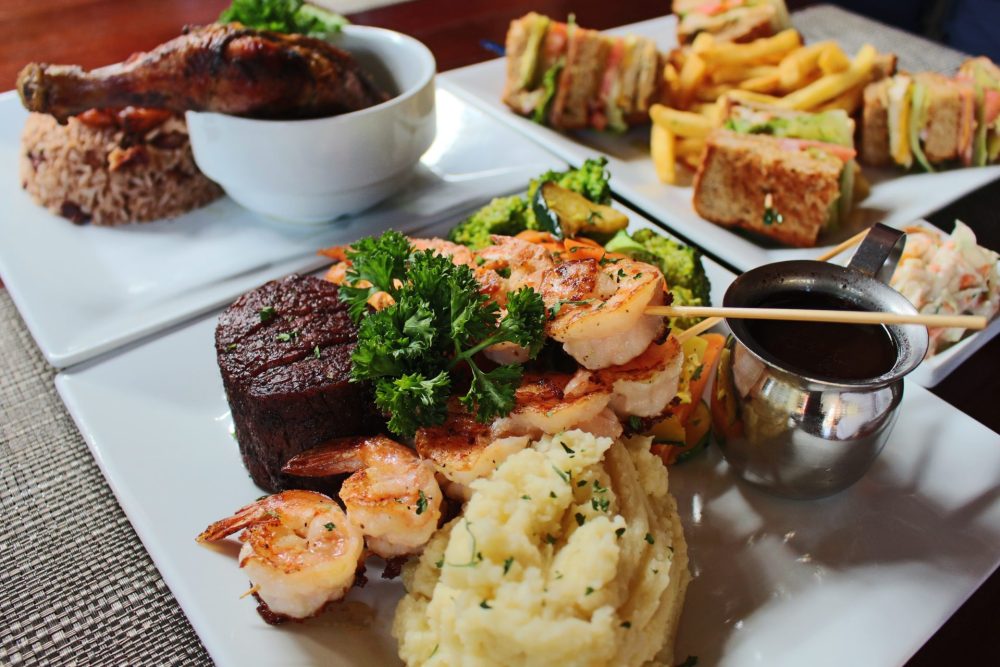 Where would one dine if they only had a few days (and nights) in Belize City? First things first, Biltmore’s very own Bistro does an international twist on Belizean food, and it does it well. Facing the pool, its Jaguar Bar is a patio option to dine (and drink) by Tiki torches. Across the street (or rather, highway) from Biltmore, you’ll find two eatery options easy for a varied bite: Sahara Bar & Grill does authentic Arab food, and its neighboring unit YogoBean has a handful of frozen yogurt options, plus a post-dinner espresso for you. 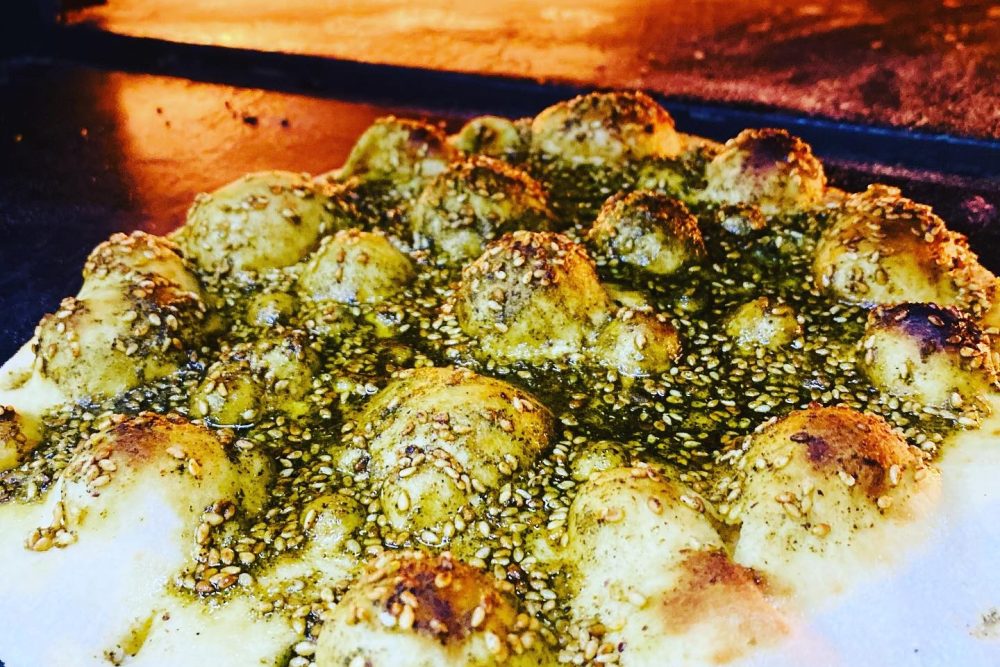 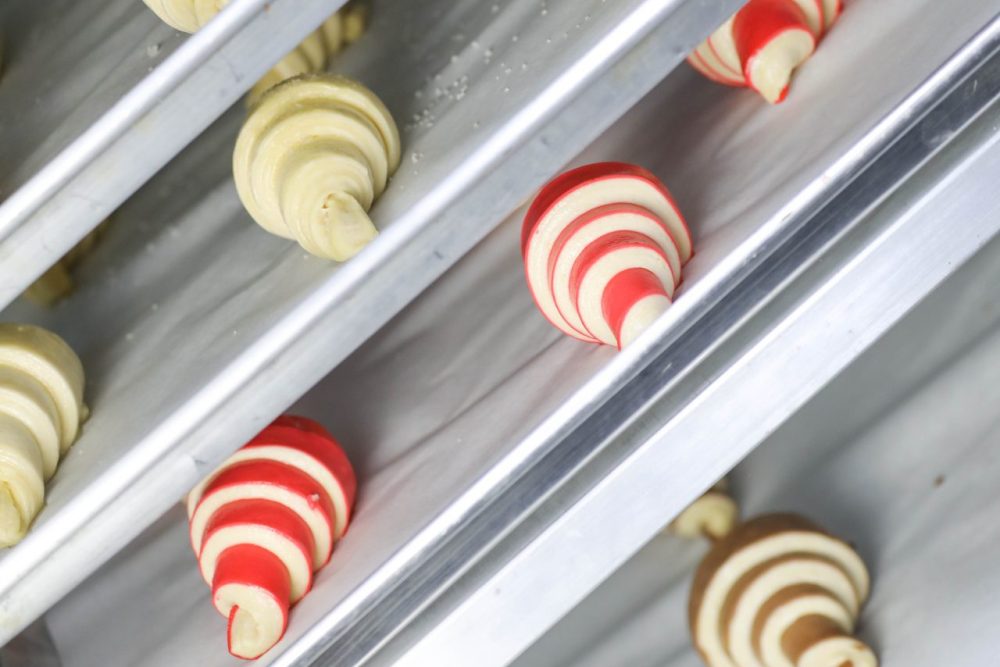 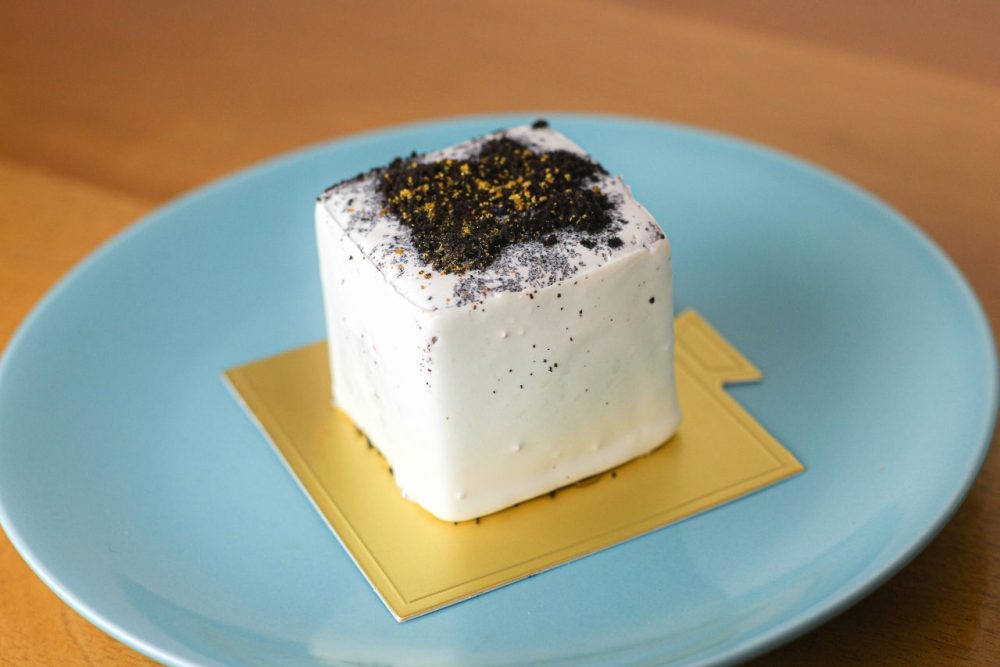 Although if you’re craving more of a homestyle Arab meal, Chef Roger’s Catering serves up fresh handmade pita from the terrace of his home; picnic tables mean you get to rub shoulders with fellow patrons and even make a few new friends—Roger’s warm hospitality practically begs it. A few blocks away from Roger is Bleu Bakery, a newcomer serving up the flakiest croissants in the city, plus meticulous petit fours.

On the sea, Smokeez Restaurant & Bar gives 1) an overwater dining experience and 2) catch-of-the-day anyway you want, for authentic Caribbean cuisine; Thursday nights feature karaoke if you’re into that sort of thing too. The 501Hub, just off the promenade of Marine Parade, doubles its eclecticism in both its menu and venue; find Belizean twists like stuffed fry jack sandwiches and colorful murals. 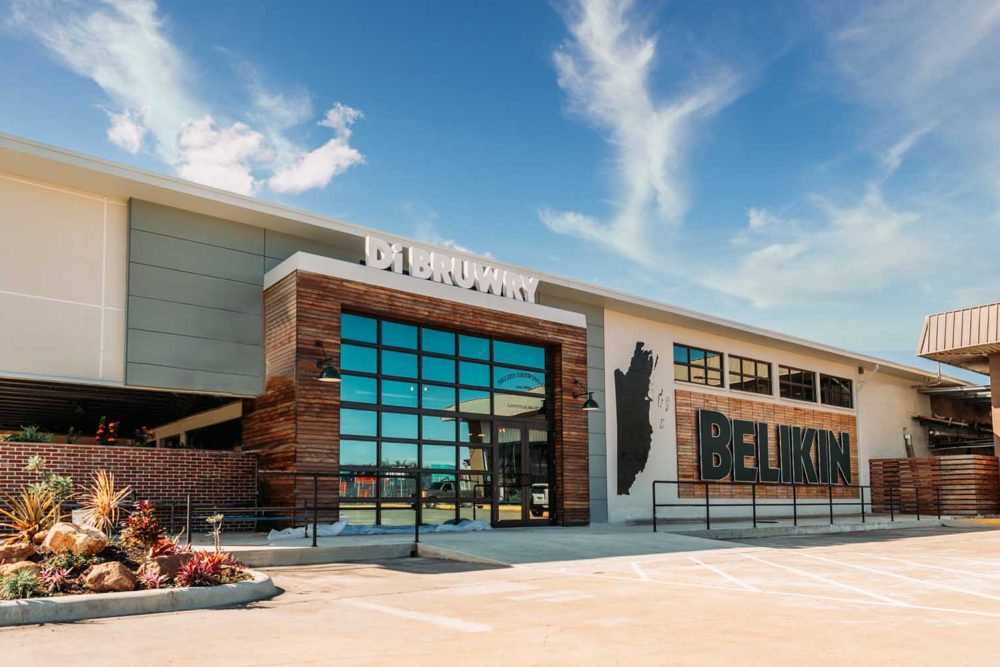 Lastly, Di Bruwry makes the list—despite its distance being adjacent to the international airport. The micro-brewery and eatery also has its own gift shop flush with onli-eena-Belize Belikin Beer swag, plus signature Two-5 brews like Bird Pepper, Valencia Orange, and Banana Bread.

Belize City is brimming with history hundreds of years old, which means there’s plenty to unpack. It’s natural to want to explore marvels like ancient Maya civilizations and animated wildlife that lie an hour (or less) away by car, but what about what’s found within Belize City limits?

Take a city tour for sightseeing marvels like St. John’s Anglican Church—completed in 1820 with bricks that were used as ballast aboard ships, the cathedral was the first church to be built in the colony of British Honduras. There’s also the historical Swing Bridge, first erected in 1818 as a wooden bridge to later be replaced in 1923 by a metal bridge; it’s considered a time capsule back to British Honduras, where the only hand-operated bridge in the world regularly swung out to connect the north and south side of the city. 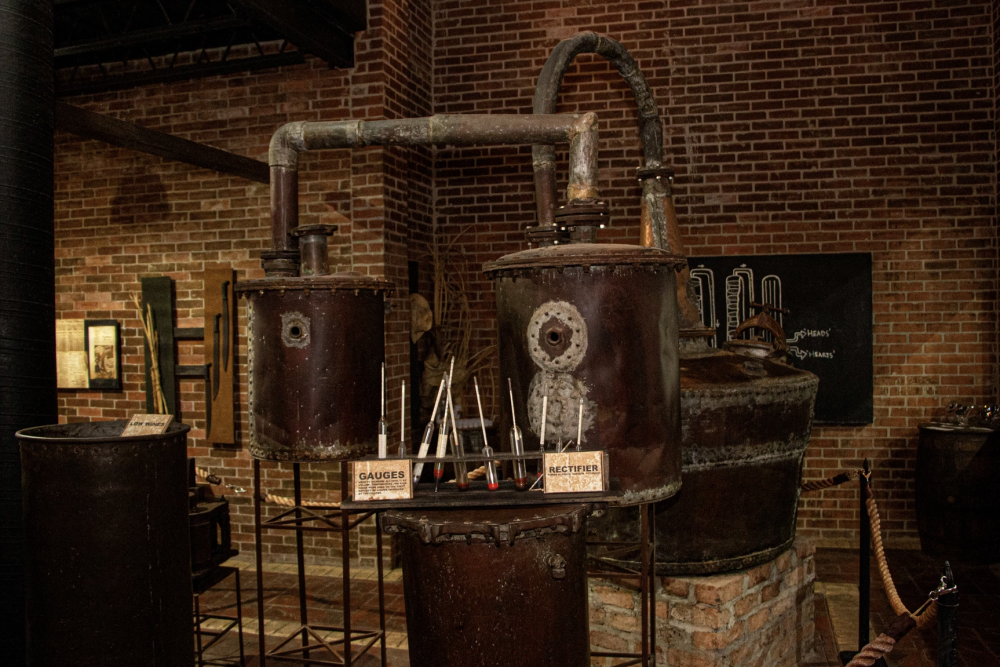 Wander a little further down the highway from the Biltmore to Travellers Liquors’ Rum Museum for a tour of the distillery to see rum-making paraphernalia, the bottling factory, and to taste the entire Traveller’s line. As the country’s oldest distillery, Travellers Liquors in Belize City has been producing the rich, dark, fruity Travellers One Barrel rum since the 1950s. Or, pack a book; The Fallen Stones is an enchanting story centered around the Fallen Stones Butterfly Farm, the largest butterfly breeder in Belize. However, it quickly becomes a story about Diana Marcum‘s, the Pulitzer Prize-winning journalist and author, personal metamorphosis along the way. What will your 2022 break to Belize City hold for you?

Eating Your Way Through San Pedro, Belize? Keep These Newbies On Your List

Late Landing? Why (And Where) To Stay...