Last week I had a jungle walk along the grounds of the San Ignacio Resort Hotel in the Cayo District. Having visited Cayo all my life, I was under the impression that this kind of vegetation only existed deep in the rainforest. I was so wrong! I took a medicinal walk, along with two very young Canadian young ladies who were avid botanists.  Our guide himself looked like a student.  His name is Luis Rosales, married with children, and I was astonished by all the information that just flowed out of him. His enthusiasm and explanations were so clear that I soon realized that this was not merely a job to him, but his vocation.

Luis came from a very large family, with an absent father, so he couldn’t go to school.  However, he attached himself to a relative who had ancient knowledge of herbal and plant remedies that the Maya had used to alleviate all kinds of ailments.  Certain leaves and roots could be chewed or applied to the ear canal or gums to alleviate pain.  Luis knew the exact doses and duration of treatment. He found it fascinating and took it all in.

Then he had an experience that changed his life forever.  As a boy of 8, (20 years ago) he worked at Chaa Creek doing odd jobs.  It happened that one female guest was suffering excruciating back pain and could hardly move.  With his child’s enthusiasm, he went to his boss and offered to help. They were at first skeptical, but he insisted that there was a large leaf of the Pheasant Tail plant that could be heated and applied directly to the affected area.  The guest gave him the go-ahead.  He kept vigil with her and repeated the process three times throughout the night. She felt relief and he repeated the treatment for one more night.  The following morning the lady was walking upright and free of pain. Everyone was pleased, most of all, Luis.

When the guest departed, she handed Luis an envelope which he took home to his mother. It contained $600 US. This, of course, encouraged him to study and learn all he could concerning natural remedies. He later got more experience working at the Belize Botanical Gardens. 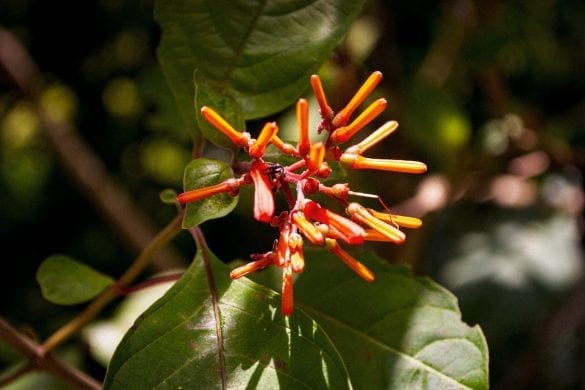 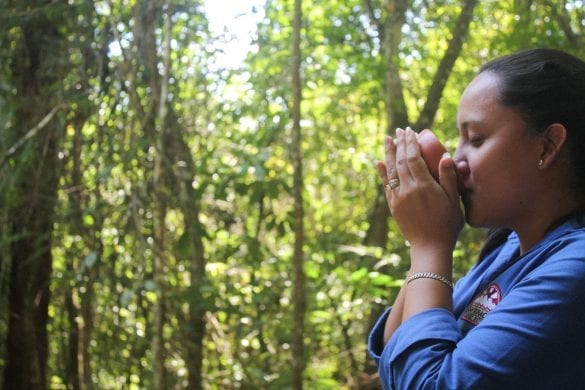 Our tour lasted about an hour and a half and we learned that some of the plants occurred naturally, but others had been brought and planted decades before by a Guatemalan Botanist who was hired to enhance the already lush terrain.  We saw different varieties of familiar herbs like oregano and dill, and there was the Chaya plant which is a nutritionally rich plant used in tamales and Maya scrambled eggs.

At the end of our hike, we sat in a Maya hut, in a limestone kitchen where we were treated to allspice tea served in an authentic clay drinking vessel. We also saw an amazing “chultun” a dugout storage area used by the Maya to keep food fresh for up to two weeks. Just about happy hour, I trudged back up the hill, exhausted but stunned at what I had experienced.  And there I was, back in the 21st Century, having an ice-cold Belikin Beer at the San Ignacio Hotel Bar!

Coronavirus: Ten Good Reasons Not To Be Alarmed