Signed July 31 by the Minister responsible for Fisheries, Dr. Hon. Omar Figueroa, a new Statutory Instrument expands the Sapodilla Caye Marine Reserve in Southern Belize; effectively expanding Belize’s protection of an important reef system known as the Corona Reef, or Cayman Crown. Found south of the Sapodilla Cayes, the Corona Reef complex is within Belize’s Exclusive Economic Zone, which is considered one of the most underrepresented habitats in Belize’s marine protected areas system. With this expansion, the size of the Sapodilla Cayes Marine Reserve increases by seven times its existing size; that includes a vast area of shallow coral reefs and deeper mesophotic reefs that descend into subsea canyons.

Protection of the Corona Reef, also known as Cayman Crown 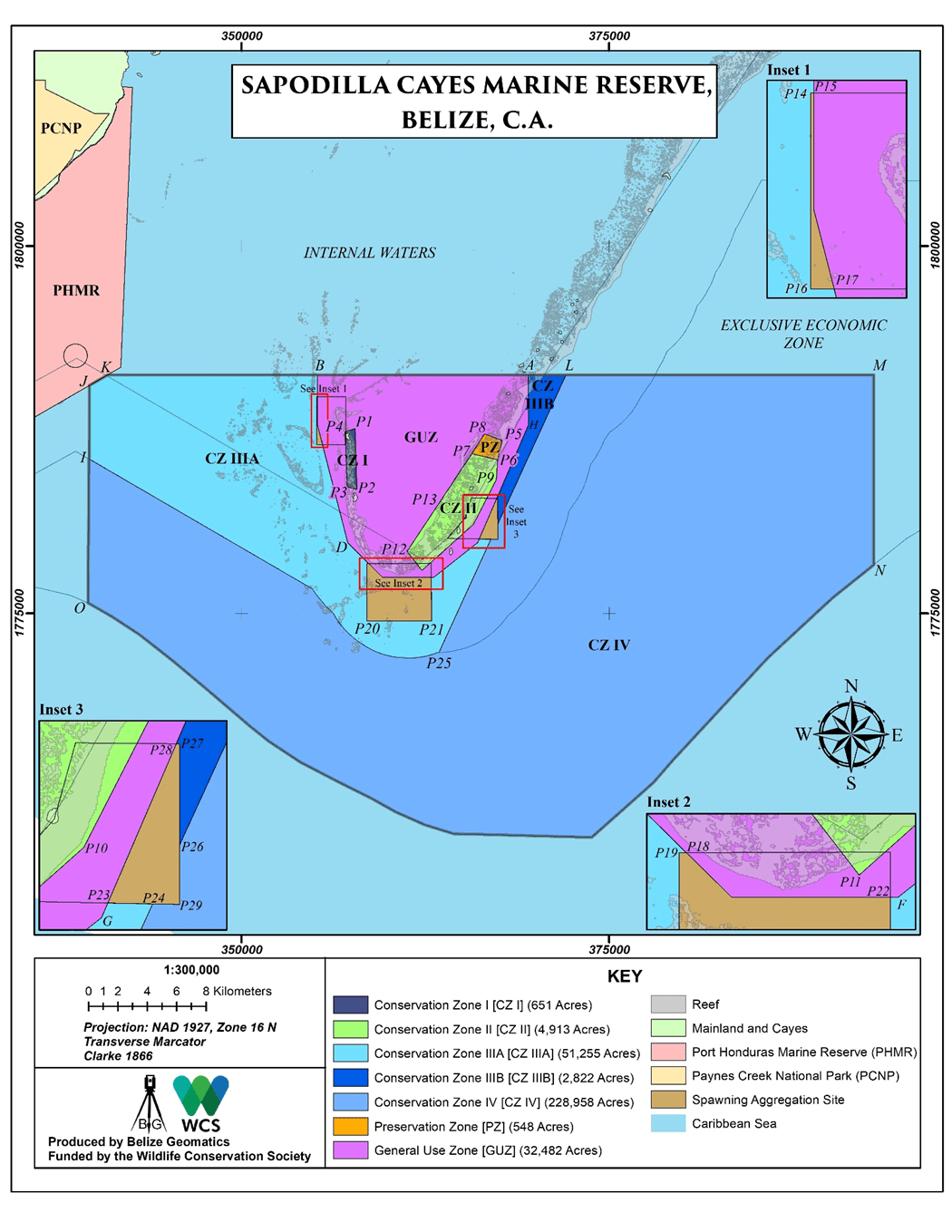 The Corona Reef is situated at the southwest terminus of the Cayman Trench and is believed to be a biologically important hotspot in Belize. Acting as a spawning aggregation site for numerous fin fish species and as a habitat for deep-slope snapper and bottom-dwelling species, this important reef is at risk. Due to its proximity to neighboring countries, primarily Guatemala and Honduras, the reef complex faces continuous threat of transboundary illegal fishing. However, this new protected status will allow for more effective law enforcement presence by the Belize Coast Guard and the Fisheries Department. Not to mention, the shallow reefs in Corona area exhibit areas of live coral cover as high as 60%, equivalent to the healthiest reefs in the entire Caribbean.

A Nassau Grouper in Belize. Photo by Chris Taylor. 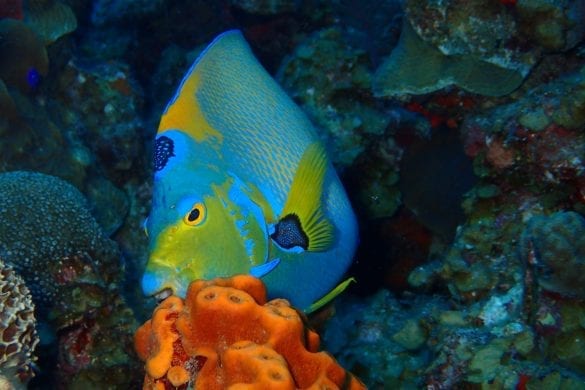 Within, these vibrant reefs contain both threatened and endangered species of corals, along with previously undocumented reef types. Deep reef environments provide habitat and spawning aggregations for various large predatory reef fish including the endangered Nassau grouper, Goliath grouper, Tiger grouper, Black grouper, Cubera snapper, Mutton snapper and various species of sharks. The Corona Reef holds exemplary benthic and pelagic habitats and associated biodiversity. Undoubtedly, protecting these areas will help to replenish fish stocks and in turn contribute to the livelihoods of local communities through the fishing and tourism sectors.

The existing Sapodilla Cayes Marine Reserve covers an area of approximately 125 square kilometers and includes fourteen sand and mangrove cayes along the southernmost tip of the Belize Barrier Reef, nearly 40 miles due east of Punta Gorda. The 2.5-hour boat ride from Punta Gorda is certainly considered ‘off-the-beaten path’; however, the spectacular beaches and vibrant coral gardens are worth it. The outer portion of the reserve is characterized by shallow water reefs, which occurs as a fringe around the cayes. The depth of water over these fringing reefs is often less then 15 feet, even exposed at low tide. East of the islands, the drop off is gently sloping; that is, in contrast to the near vertical walls further north and surrounding the outer coral atolls.

However, Southern Belize boasts some of the most pristine islands in the entire country. Within the Sapodilla Caye range, find some of the most beautiful beaches in Belize. Take Hunting Caye – a high coral sand beach in the shape of a half moon  lines its eastern side. Besides being a main turtle nesting site, Hunting Caye also houses a lighthouse, immigration post, and BDF guard station. Lime Caye, frequently crowded by tourists for its white-sand beach and shallow azure waters, is one of the southernmost islands. Actually, Lime Caye found 35 nautical miles east of Punta Gorda, is found in the Bay of Honduras.

Original press release on how Tiny Belize expands protection of its Marine Reserves can be found here. Feature photo is of Lime Caye in the Sapodilla Caye Marine Reserve, courtesy of www.AwayGoWe.com.

The Restaurants In San Pedro Serving Up...