About BelizeTravelingWhat to Do in Belize

Belize is known for The Great Blue Hole – Largest Sea Hole in The World, crystal turquoise waters, and even for its mystical Maya Ruins but here are a few facts that are quite intriguing and interesting about this small and beautiful Caribbean destination.

Great things come in small packages and Belize is no exception. Though our nation is small physically, don’t underestimate the wonders Belize has to offer. Many tourists who come for a short visit end up falling in love and even retiring here. Belize is a country that leaves a lasting impression. Here are a few fun and interesting facts to know about Belize.

1. Belize has the only Jaguar reserve on the planet known as the Cockscomb Basin Wildlife Sanctuary.

The Cockscomb Basin Wildlife Sanctuary and Jaguar Preserve is located south of Belize and covers about 150 square miles of tropical forest. The preserve was established in 1986 after many years of dedication and persistence by individuals as well as national and international organizations. It is home to around 200 jaguars, the largest concentration of the wild cats’ species in the world. It is also rich with other animals such as parrots, toucans, black howler monkeys, and a host of other species found only in the tropical forests of South America.

2. Belize has over 450 Cayes otherwise known as islands. It is a UNESCO World Heritage Site.

Belize is part of the larger Mesoamerican Barrier Reef which is continuous from Cancun through the Riviera Maya and down to Honduras. It stretches approximately 190 miles along Belize’s Caribbean coastline. A big area of the reef is protected by the Belize Barrier Reef Reserve System which includes seven marine reserves, 450 cayes or islands, and three distinct atolls: Turneffe Atoll, Glovers Reef and Lighthouse Reef. It is the country’s top tourist attraction, popular with both divers and snorkelers.

3. Belize has 12 major Maya ruins and one of the tallest ruins in the world.

Belize is known as the headquarters of the ancient Maya World. It was home to more than 2 million Mayas. The Maya civilization left their permanent mark on our landscape through their Mayan sites such as Caracol, Xunantunich, Lamanai, Nim Li Punit, and Altun Ha as well as numerous other large cities that are still awaiting exploration in the jungles and rainforests.

Caracol is the largest Maya city ever excavated in Belize and the tallest structure in Belize. Caracol’s “Sky Place” stands at a height of 137 feet tall and has over 100 tombs. It is a popular site that features majestic temples with a breath-taking view of the surrounding  Chiquibul forest reserve.

The Great Blue Hole sits near the center of the Lighthouse Reef. It is a 407 feet deep and 984 ft wide depression in the center of the sea. It is also part of the Belize Barrier Reef Reserve System. This site was made famous by Jacques Cousteau who affirmed it was one of the top scuba diving sites in the world.

5. The Hershey chocolate company based their cacao plantation in Belize.

Yes, the world-renowned producer of chocolate kisses, Hershey (largest chocolate producer in the world) had their cacao farm located along the Hummingbird Highway, south of the City of Belmopan. They made cocoa and processed some here. They invested in cacao trees and supported many local farmers financially from 1984 to 1987. Unfortunately, the world price for cacao dropped and Hershey moved out of Belize. Many farmers growing cacao suffered huge financial losses while others went out of business. However, in the 1990s Green and Black, an organic chocolate maker now owned by the Cadbury Chocolate Company joined forces with the Toledo Cacao Growers Association (TCGA) to produce organic cacao for the European market.

6. The Gibnut is the most hunted animal, highly valued.

The Gibnut also is known as ‘Paca’, or ‘Royal Rat of Belize’ is a night rodent that feeds on fallen fruit, leaves and tubers dug from the ground. There are two species of Paca: The Lowland Paca and the Mountain Paca. Both can be found throughout the rainforests, lowlands, swamps and along the riverbanks of Belize. Pacas are widely hunted in Belize. They are high in calories and a delicious delicacy. Gibnut meat doesn’t taste like chicken nor pork, it has a unique flavor. It is mostly cooked as a stew served with Belizean rice and beans. Be sure to try this scrumptious delicacy!

80% of the birds in Belize are full-time residents. They do not migrate which makes it the perfect place for bird watching all year long. A bird-watching paradise includes common birds such as the frigate birds, keel-billed toucans, hummingbirds, parrots, woodpeckers, turkey vultures, and kingfishers. The more unusual birds are the jabiru stork and scarlet macaw. The beauty of Belize is that you can spot beautiful birds without going out of your way. They inhabit our country’s skies. However, one of the best birdwatching destinations in Belize is at Lamanai, an ancient Maya Site in the northern district of Orange Walk which is home to more than 360 bird species.

8. Belize’s howler monkeys are categorized as one of the top 10 loudest animals on earth.

The Black Howler Monkey also called “baboon” is the largest monkey in Belize and the Americas. They can be heard from 3 miles away and have become famous for their piercing howls. The canopy layer of the forest is their home. Howler monkeys sometimes howl just before it rains and likes to wake up the rainforests in the morning and sing it to sleep at night. They are great swimmers with excellent vision. They can be seen in their natural habitat of the Belize rainforest as well as the Community Baboon Sanctuary located 30 miles northwest of Belize City.

9. The Actun Tunichil Muknal (ATM) was named one of the top 10 Sacred Caves by the National Geographic.

This ancient Mayan archaeological cave is rich with history and artifacts. It is one of Belize’s most important sacred caves. A cave where the Mayans conducted elaborate ceremonies to appease their gods. Inside the caves are sacrificial altars, pottery, jade ax head, and other artifacts. Deeper in lie skulls and skeletons of sacrificial victims. Hanging on the ceiling are beautiful crystal stalactites. The main feature of the ATM is the famous Crystal Maiden. The intact skeleton of a young sacrificial victim which over the years has taken on a sparkling crystal carbonate. This carbonate shines in the torchlight, thus giving the name ‘Crystal Maiden’.

10. A Goliath lives in the mountains of Belize

This Goliath sleeps along the Maya mountain chain of Belize called the ‘Sleeping Giant’. It is a landmark that can be seen along the Western Highway from Belize City to Cayo, precisely around mile 25. It is a limestone mountain formed in the shape of a person lying down. His facial profile, chest, and feet are a portrait of a person resting and reigning over the evergreen valleys below. 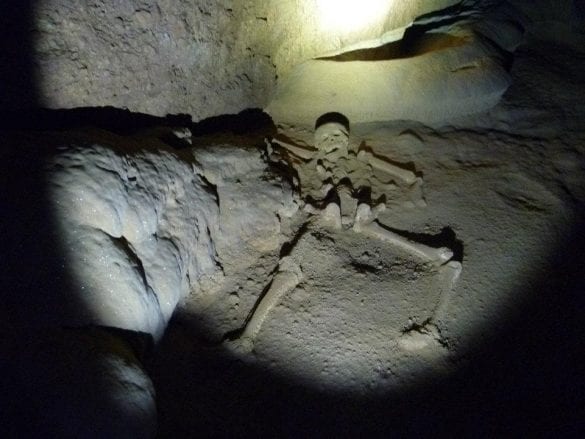 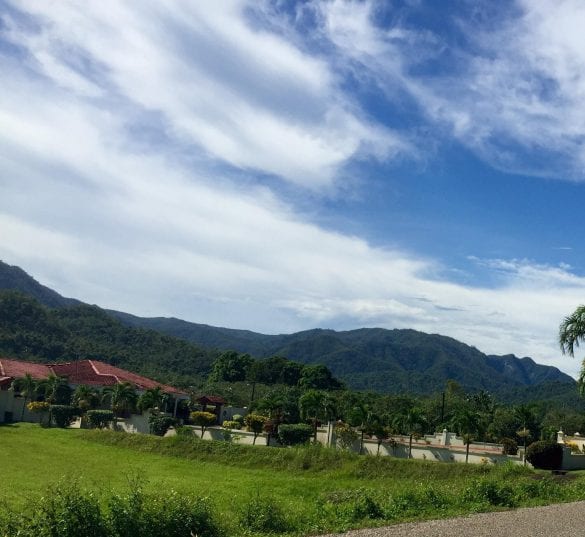 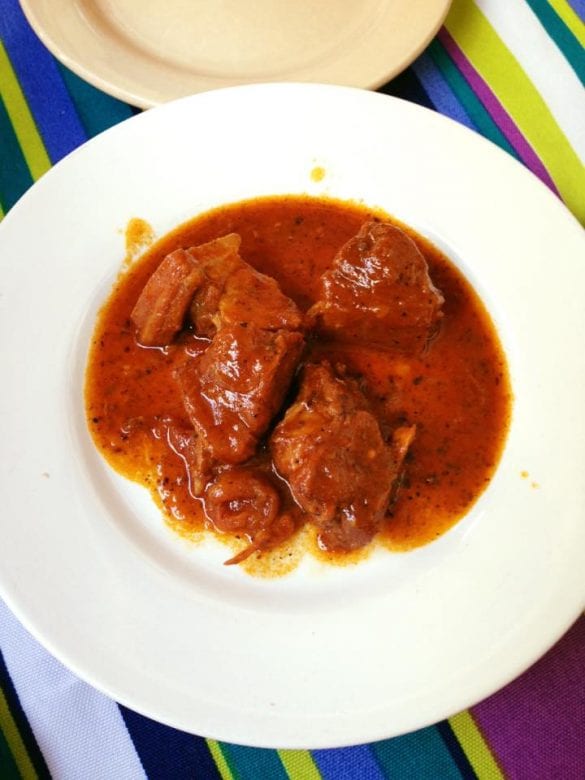 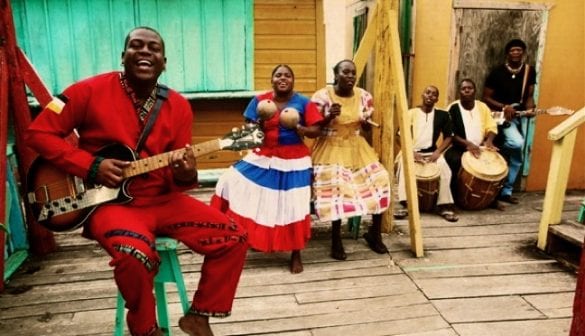 Fly Fishing in Belize – Everything You Need To Know

The 3rd Annual Belize Birding Festival Dates are out!